‘I’m In More Arrears Now’: Waiting Weeks For Universal Credit Amid The Pandemic

After being made redundant, Ellesse applied for social security payment universal credit and spent five anxious weeks waiting for her first payment to come through. During this time, she says, her rent debt further increased.

Speaking to EachOther, she describes her “very, very stressful” experience of the Covid-19 crisis over the phone, which led to her struggling to sleep. “My head’s been all over the place,” she adds. “It took a big toll on my mental health.”

Ellesse has lived in a flat in social housing in Sheffield since last July, having previously lived in a hostel while homeless. But she fell into arrears immediately after moving from the hostel into her new home as she waited for her benefit payments to come through.

When she got her job at the shoe kiosk in September, she was finally able to pay her rent in full without receiving benefits, and even started to pay off her debt. However, since losing her job, Ellesse feels as if she is back to square one.

‘It took a big toll on my mental health’

“I’m still in arrears,” she says. “I was in arrears the first time I moved in due to the five-week wait and obviously I’m in more arrears now due to coronavirus.”

Ellesse is far from alone in her situation. Under the universal credit system, which is replacing six benefits by merging them into one payment, claimants have to wait for five weeks before they receive their first payment, provided in arrears. If the claimant does not have enough money saved to wait 35 days for their first payment, they can get an advance for the initial instalment – however, this is treated as a loan and deducted from benefit payments in the following year. 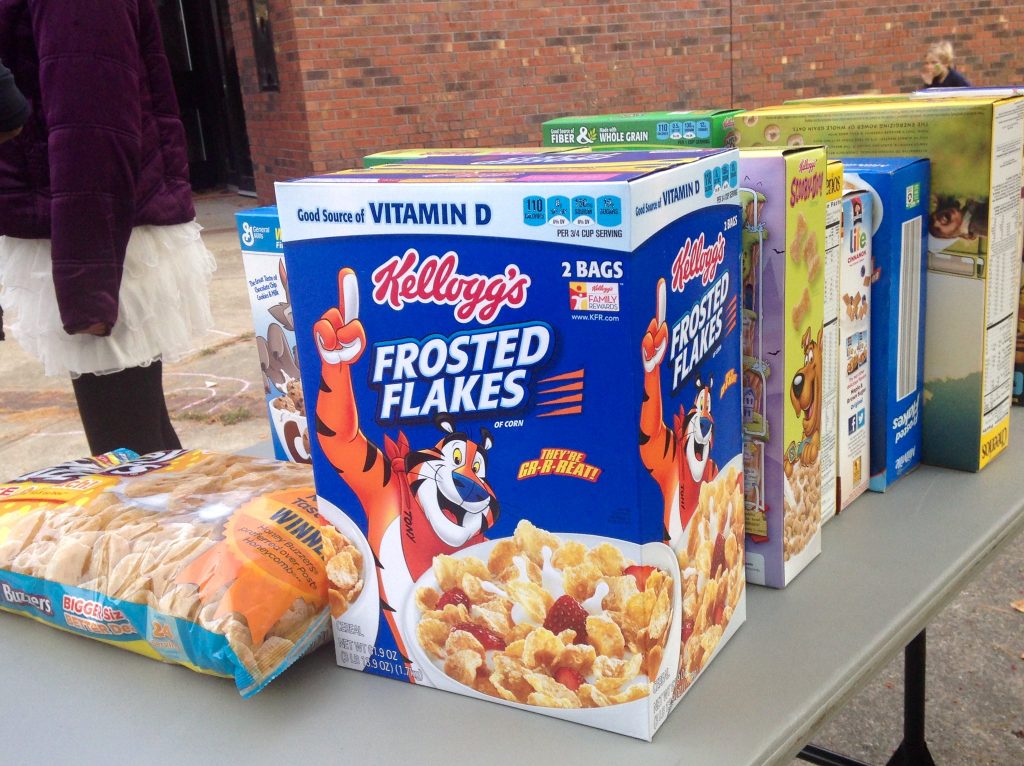 Universal credit, first announced by the Conservative coalition government in 2010, has been criticised for being inefficient and badly designed. A 2019 report by independent think tank the Institute for Fiscal Studies found that the system will mean a loss of at least £1,000 a year for 1.9 million adults, with those on the lowest incomes the worst off. Under the system, food bank use has increased, with a 2017 report by the Trussell Trust, the UK’s largest food bank network, stating: “People are falling through the cracks in a system not made to hold them.”

People are falling through the cracks in a system not made to hold them.

Delays in payments have also led to reports of claimants ending up homeless or, like Ellesse, getting into rent arrears. A recent report by the National Audit Office (NAO) found that 105,000 people in 2019 waited for around 11 weeks for their universal credit payments to come through – the equivalent of 6% of claimants. Earlier this week, it was reported that the government would provide up to two weeks’ worth of pay to some people moving onto universal credit from older “legacy” benefits, effectively reducing the five week wait. But the announcement will not cover the millions of people who come onto universal credit as new claimants.

Universal Credit is 'punitive' and 'mean-spirited'

Referring to Universal Credit in 2018, Alston wrote in a statement: “British compassion for those who are suffering has been replaced by a punitive, mean-spirited, and often callous approach apparently designed to instill discipline where it is least useful.”

He said that Universal Credit imposed “draconian sanctions” and that the five-week or longer wait for payments “pushes many who may already be in crisis into debt, rent arrears, and serious hardship, requiring them to sacrifice food or heat”.

Alston added that the government’s “test and learn” approach to Universal Credit “could treat vulnerable people like guinea pigs and wreak havoc in real peoples’ lives”.

For Ellesse, she fears that she will be unable to pay off her rent arrears, especially if her rent is increased. “I”m scared I’m not going to be able to afford that,” she says.  Statistics from debt advice charity StepChange show that 590,000 people are in debt to their landlord due to the pandemic.

The 24 year old is also worried that if she does get a new job and there is a second wave, then she could be made redundant again, and get stuck in a “constant cycle” where she will have to yet again apply for universal credit and wait for at least five weeks before getting her first payment.

“I’m unsure at the moment whether I should be looking for another job because the government is talking about a second wave,” she explains. “So, it’s like what do I do then? Because if I was to get a job and then the second wave comes then I’d be back to the beginning [by losing her job], and then I’m gonna have to wait another five weeks for the benefits, so that’s even more arrears that I’m gonna get put in and again it’s just gonna keep building up and building up and building up.” 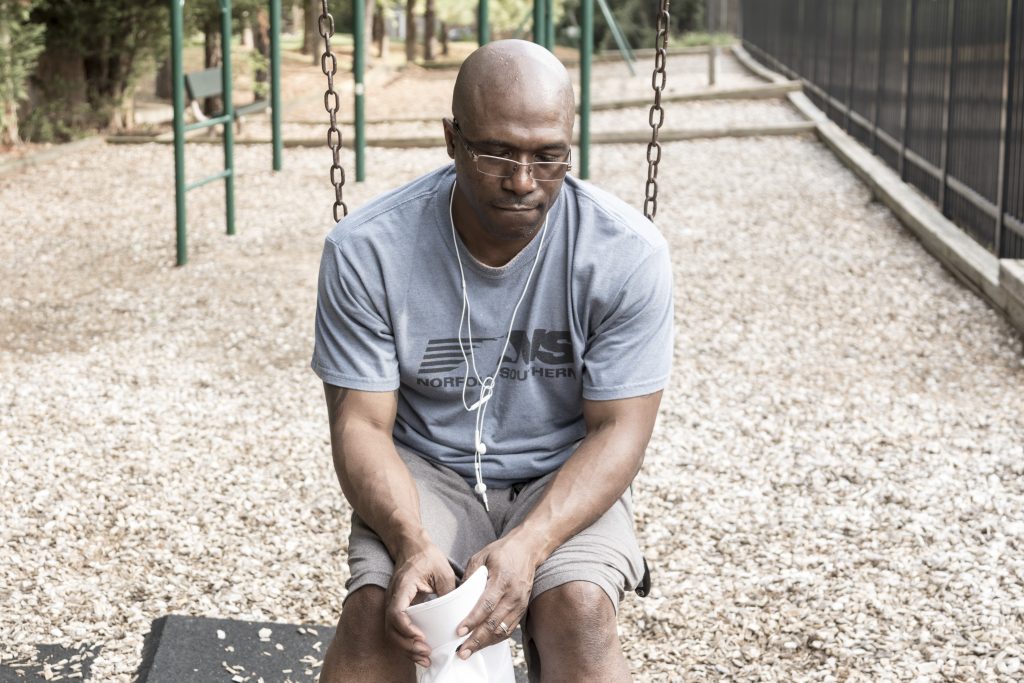 Alongside her universal credit payments, Ellesse has been receiving new-style Job Seekers Allowance, having paid sufficient National Insurance contributions while working over the past two tax years to be eligible.

However, her JSA payments are set to end this autumn, as it can only be claimed for up to 182 days. She is concerned that she won’t be able to pay her bills, including her council tax, after the cut-off. Already, Ellesse says the benefits she receives leave her juggling her various financial outgoings, including food, gas and electric. “I’ve got to watch how much electricity I use and, bear in mind, I’m in the house 24/7,” she says. “I can’t really afford to buy a lot of internet for my phone, so I can’t really do much.”

She adds: “Going from a full-time wage to then having to live off benefits to feed myself to pay my bills, it’s like well how can you do it? There are ways of trying to work around it but it’s not good because you’re limited to how much you can eat and how much you can use.”

Despite this, she praises homelessness charity Crisis for supporting her before and during the pandemic, including by providing her with toiletries and food vouchers. “The support that I’ve got from them and am still continuing to get is amazing, so that helps me a lot,” she says.

For Ellesse, what keeps her going is knowing that she isn’t alone in this unprecedented crisis. “The only thing that makes me get by, and [I’m] still getting by, is the fact that I’m not the only one in this situation and I know it’s a worldwide situation,” she says.

A Department for Work and Pensions spokesperson said it had not been provided with the information it needed to investigate Ellesse’s claim.

“Universal credit continues to provide vital support to those in most need, with more than 2.5 million new claims processed since the start of the pandemic and around 90% of people paid in full and on time. The previous legacy system would have buckled under the pressure,” the spokesperson added.

“With universal credit no one has to wait five weeks for payment and more than one million advances have been paid since mid-March to help the most vulnerable. We have also increased the standard allowance by up to £1,040 a year as part of a £9.3 billion injection into the welfare system.”

A charity that works to end the need for food banks in the UK.