Spotlight on:
Fighting Hate with Rights 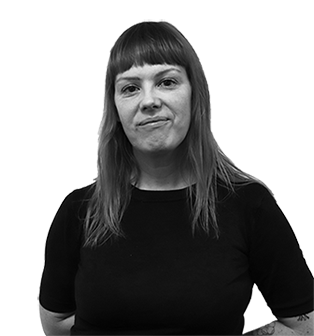 A letter from our Creative Director
“
Following the marches in Charlottesville we crowdfunded for a short documentary as a way to consider what happens when people ignore the warning signs of and we found three survivors of genocide who talked to us about their experiences. We spoke to survivors of genocide and highlight common themes of the denial of basic rights which led to the dehumanisation which made genocide possible. Human rights act as an early warning system telling us when there's something wrong. When people remove or restrict human rights - its a signal to start worrying and a signal to start doing something. Eric, Kemal and Ruth tell us what happens if we ignore those signs. We raised the money to make this film and exceeded our expectations - there are a lot of people out there worried about what's happening in the world and want to ensure we retain the human rights we have. We need those warning systems in place more than ever.
This project was the first project Sarah worked on after she arrived in 2017
Discrimination / 29 Nov 2019

"I remember being frightened the boat would sink. Too many people and too much luggage."

In our film, Ruth remembers her journey with her brother without her parents on the Kindertransport ships to the UK.

“Again and again, all the genocide that's happened after 1945 goes through the sequence again of political self-interest, being prepared to sacriﬁce thousands and thousands of human lives. This is something that I absolutely deplore, and I try to get people to think about, against massive resistance, which is what I call institutionalised denial. It's bad, but it's not happening to us therefore it's not our business.” I think it’s got even worse since the time of the Nazi Third Reich because we've brought up several generations since to focus on themselves. The worship of the self is making us less and less empathic towards other people, and I think this is adding to the likelihood of the warning signs of genocide being ignored.”

“In 1992, before the war started, we had people who survived the Second World War, my mother was one of them. She knew that something bad was going happen. She couldn’t say exactly how bad it was going to be, but she knew enough to warn me to leave. I didn’t have such an experience because I chose to stay. Had I known what was going to happen, I would have left. So, the warning signs were obvious for some but not for others. If you had no previous experience of such events, it is easy to ignore such warning signs”

“There is so much going on in world affairs today that actually draws me back to the days of genocide and prior to that. We were able to be treated the way we were treated because people used such thing as a “right to defend” the so-called majority. And I see that today, in a number of places – where people are championing this idea of “us and them”, based on that same understanding. There is nothing that really shows that what went on in Rwanda 23 years ago, where over a million-innocent people lost their lives within a period of 100 days, had contributed to any lesson on how to deal with future tragic events. Because the same mistakes that were there before and during the genocide is what I see today.”