The Covid-19 crisis has drastically altered life as we know it, including for the thousands of people seeking asylum in the UK after fleeing persecution in their home countries. As the lockdown begins to ease, EachOther speaks to experts about the opportunities and dangers that lie ahead as Britain adapts its support for those seeking sanctuary.

Prior to the pandemic, most people wanting to claim asylum in the UK had to attend a face-to-face meeting at the “Asylum Intake Unit” in Croydon, south London, to be interviewed, photographed and have their fingerprints taken.

This meant that, while the official Public Health England (PHE) guidance was to stay at home as much as possible,  people across the country wanting to claim asylum had to leave their homes to travel to London.

On 22 April, the Home Office set up six additional temporary regional units in Glasgow, Belfast, Leeds, Liverpool, Solihull and Cardiff – reducing the distance people who want to claim asylum across the country would need to travel to be interviewed.

Andy Hewett, the Refugee Council’s head of advocacy, told EachOther this move is welcome but highlighted that people “are still having to risk a journey on public transport”.

“Surely there must be a way to make a claim in writing or on email?” he said. He believes people seeking asylum should be able to register their claim remotely and have their biometrics taken when safe to do so.

Under normal circumstances, people seeking asylum in the UK are required to report to the Home Office on a regular basis. This requirement, a source of stress and fear for many, has been lifted because of the pandemic and provisions are underway to introduce video conferencing.

“I know it sounds bad to say, but I felt like coronavirus should not go,” Maimuna Jawo, a Gambian asylum seeker who had to report to the Home Office once a month before March, told the Guardian last month. “My fear now is that normal life will resume and I’ll have to start reporting again.”

The Home Office has previously said it will bring back face-to-face reporting requirements as soon as “practicably possible”.

Hewett said that he hopes the Home Office will review the effectiveness of making people report every month, which means those seeking asylum must spend their limited income on journeys to attend meetings.

Evictions halted for people seeking asylum – but for how long? 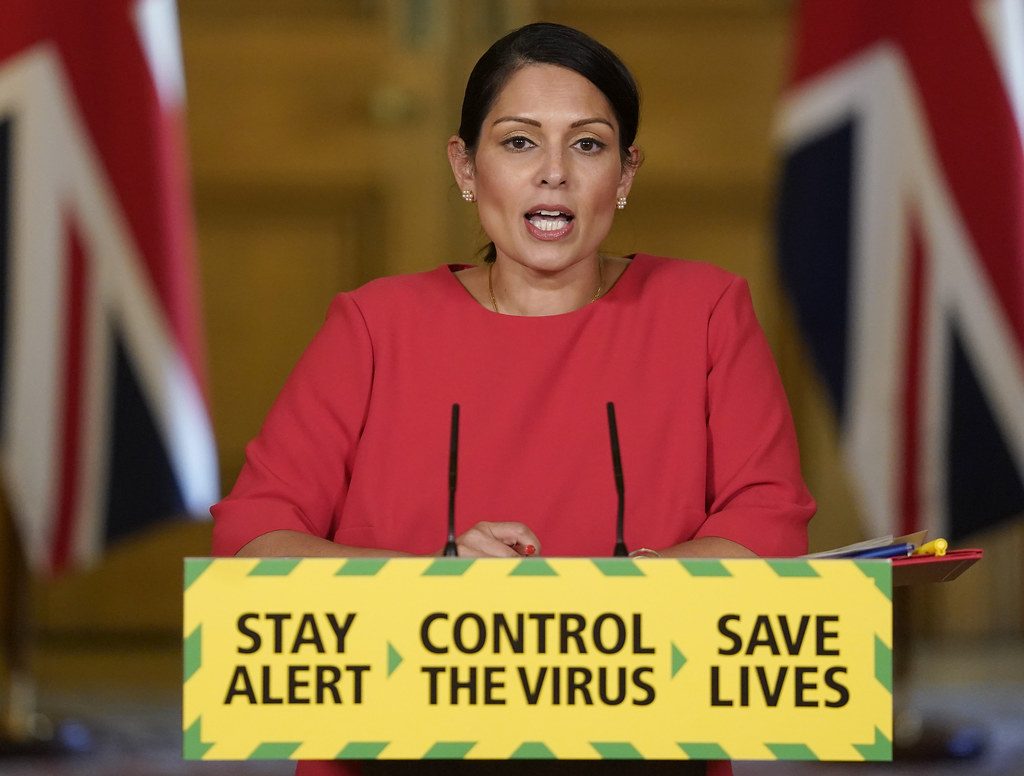 The government currently places people awaiting a decision on their asylum application into temporary accommodation.

Under normal circumstances, people who are accepted as refugees have 28 days to arrange alternative accommodation before they will be evicted. People whose asylum application has been rejected have 21 days to make arrangements to return to their home country before facing eviction.

The Home Office is continuing to take decisions on asylum applications, where it has conducted necessary interviews and feels it has enough information. However, all evictions have been paused until the end of June because of the pandemic – regardless of whether a person received a positive or negative decision.

As of Wednesday, no announcement has yet been made on what happens after June. On Monday, Hewett told EachOther that this silence has created a “maelstrom of anxiety” for people who have had a decision made on their case and have no idea as to whether they are likely to face being evicted in July.

“We think it is really not good enough. People need to know what is going to happen so people can prepare themselves,” he said.

Responding, a Home Office spokesman told EachOther: “We have said very clearly that we are taking a compassionate approach during this pandemic with those affected by circumstances beyond their control.

“Action has been taken across the asylum system to help, including supporting people who would otherwise have been destitute with accommodation and essential living costs, and it is right that we review arrangements at the end of June to make sure the most appropriate support is in place.” 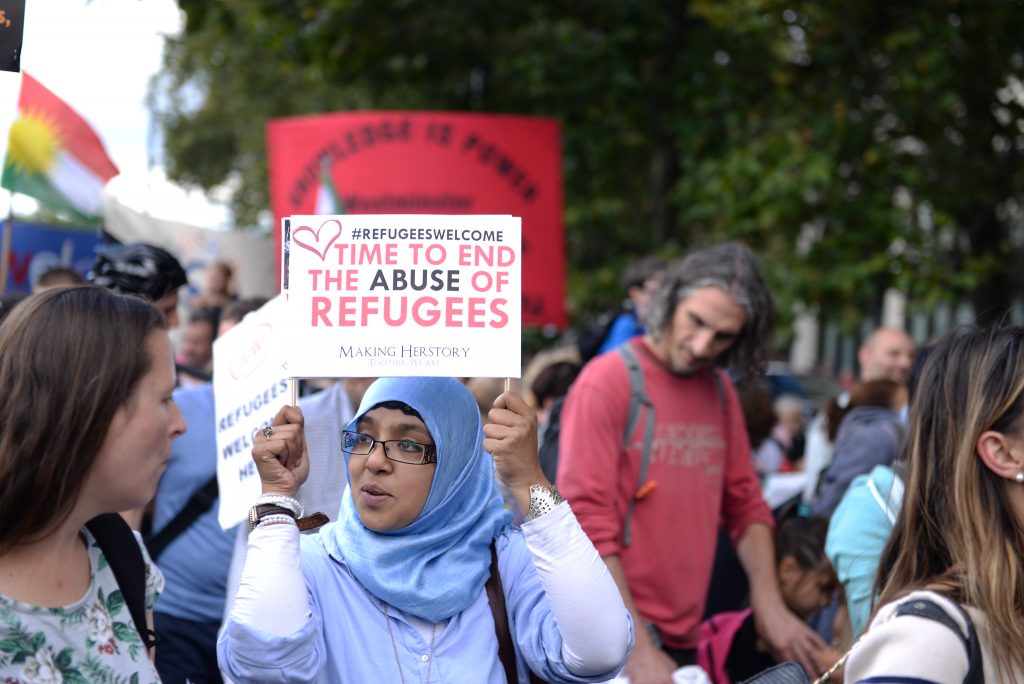 The Covid-19 crisis has nevertheless exposed existing issues in the quality of asylum seekers’ accommodation.

Prior to Covid-19, it was common for unrelated adults to share a room in a house of multiple occupancy (HMO), “which is very problematic for social distancing,” Hewett said.

He added that these roommates, in practice, do not have the same relationships that typical households made up of family or friends have.

Leila Zadeh, executive director of UK Lesbian & Gay Immigration Group (UKLGIG), also criticised the government’s provision of accommodation, saying it can be “overcrowded” with unrelated adults having to share rooms, putting them at risk to Covid-19.

“We are seeing increased levels of depression and anxiety,” she said.

“People seeking asylum are also at risk of acquiring Covid-19 if their accommodation provider has obliged them to share a room with someone else.”

The government has said that asylum accommodation providers are following public health guidance and are providing additional accommodation for individuals with Covid symptoms who need to self-isolate.

Zadeh added that UKLGIG is “very worried about the lockdown having an effect on the outcome of their claims for asylum, or having to wait even longer for a decision”.

At the end of March, 31,516 people seeking asylum had been waiting for more than six months for a response to their application, according to government statistics. 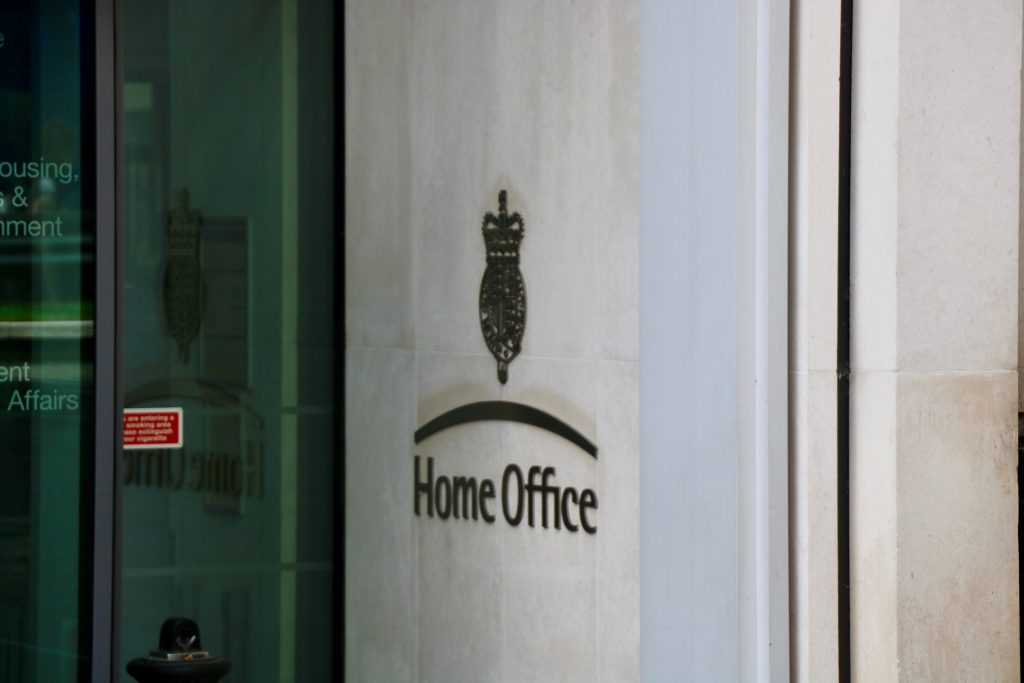 Campaigners have criticised the Home Office for its response to the coronavirus pandemic. Credit: Pexels / Ethan Wilkinson

People seeking asylum in the UK have been given £37.75-a-week allowance to live on until last week, when the government announced it would increase the weekly payment by £1.85 because of the pandemic.

Charities have described the increase as “insulting”. By contrast, the government introduced in April a £20-a-week increase to the standard allowance of its Universal Credit social security payment for 12 months because of the pandemic.

Hewett said that, under the lockdown, asylum seekers have been unable to take longer journeys to visit shops offering the cheapest food – forcing many to instead rely on the bigger, more expensive super markets.

He added that some asylum seekers, who are being housed in hotels amid the pandemic due to a shortage of accommodation, are receiving full board instead of their allowance.

This means that they do not have any money to purchase additional essential items, such as topping up their mobile phone credit to get information on Covid or speak to loved ones, or to access the internet to help educate their children.

Zadeh said that restrictions placed on free public facilities, such as WiFi hotspots, due to Covid-19 are having an adverse impact on people seeking asylum.

“The lockdown has exacerbated this since many services are no longer running, and internet remains a luxury unaffordable to them,” she explained. 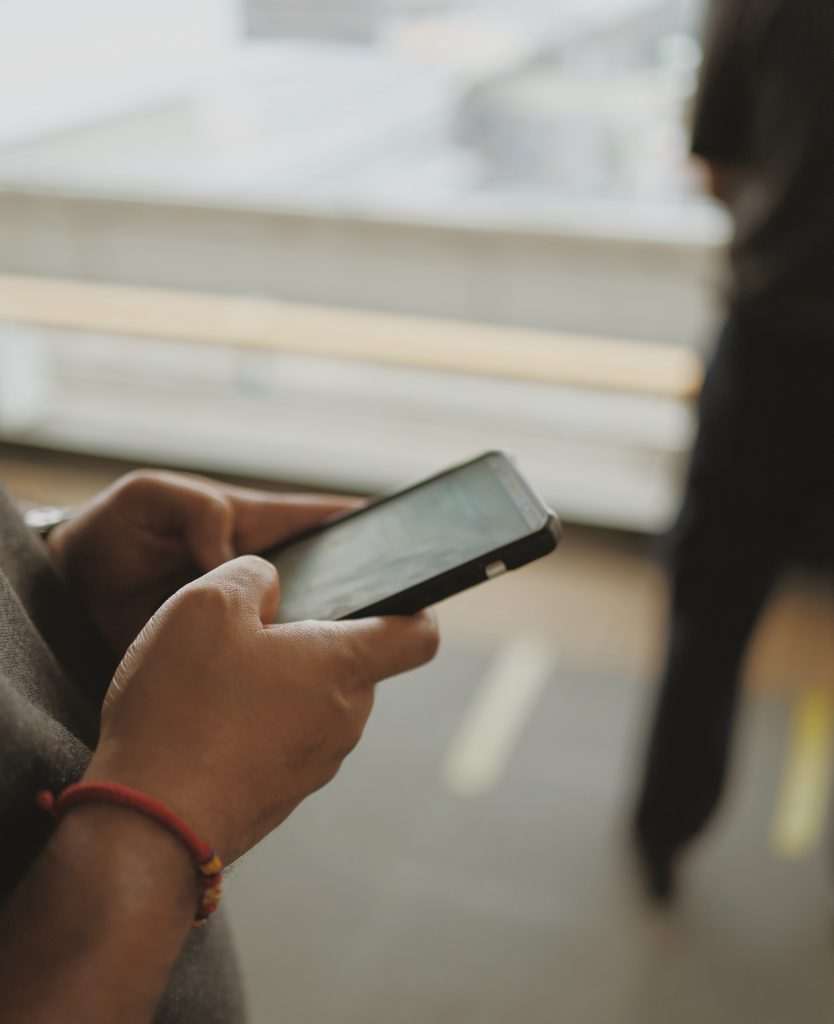 Wifi and access to the internet has become a luxury. Credit: Unsplash

“People seeking asylum tend to rely on free WiFi in public spaces to stay in touch with their friends and loved ones, but a lot of those WiFi hotspots have closed during the lockdown.”

People seeking asylum are also not allowed to work to support themselves or their families, a restriction that activists are calling to be lifted.

Prior to the pandemic, failed asylum seekers wanting to appeal a rejection had to travel to Liverpool to submit new evidence in person. The Home Office is now accepting submissions by post and email.

Hewett welcomed the change, highlighting how failed asylum seekers are “by definition destitute” and have, until now, been forced to make an “expensive journey” to Liverpool to lodge further submissions.

“We hope the Home Office will review the success of these temporary measures and look to implement them on a more permanent basis,” he said.

A Home Office spokesperson said: “We have a proud record of helping asylum seekers and during this pandemic we have taken decisive action to help them, such as increasing the standard cash allowance above inflation and providing fully furnished accommodation to asylum seekers who would have otherwise been destitute.

“Throughout this crisis, the health and wellbeing of asylum seekers has been our priority and comprehensive measures are in place to ensure the health and safety of staff and those currently living in accommodation.”

A UK based organisation which works with refugees and asylum seekers.