The People’s Review Of Prevent

The Prevent programme was introduced in 2006 by the government at the time to “prevent people from being drawn into terrorism”.

While this sounds fine in principle, in practice it throws up two major problems: firstly, there is no evidence to suggest we can predict any future crime, let alone terrorism, and, secondly, this kind of “pre-crime” approach inevitably leads to profiling, because it’s based on perceived “risk”.

This “risk” is assessed according to certain “indicators”, known as “signs of radicalisation”, developed from a study on a small prison group, which include extremely common beliefs and behaviours such as “a need for identity, meaning and belonging”, “a need to redress injustice” or going through “a transitional period”. These are all perfectly legal positions and there is no evidence to suggest they are a precursor to crime.

Nonetheless, despite being widely criticised – not least for its targeting of young people, since many of these “indicators” are normal behaviours associated with enquiring minds – the law says that public sector workers across England, Scotland and Wales are expected to be on the lookout for budding extremists.

It would be ridiculous, if it wasn’t so traumatic. A Prevent referral is an encounter with counter-terrorism police officers at the very first step of the process. Half the people that have experienced this kind of interrogation are children under the age of 18.

In 2019, when then Home Office security minister, Ben Wallace, announced a review of the policy, he stated that it would be a chance for “critics of Prevent” to put forward their “evidence”.

The “critics” Ben Wallace was referring to are actually experts on the subject and include Prevent Watch, a non-governmental organisation (NGO) that supports individuals who have been unduly impacted by Prevent.

For the last seven years, we have supported over 600 individuals who have been referred or impacted by Prevent in some way. Most of our cases involve young children. Naturally, we welcomed an independent review of Prevent, so that we could present our evidence.

Sadly, the individual put forward to lead this “independent review” was hardly independent. This led to over 450 mainly Muslim organisations and civil society groups, including 17 of the major human rights organisations, such as Amnesty International, Liberty and Big Brother Watch, boycotting the formal review of Prevent led by Sir William Shawcross.

An alternative review was put together by civil society as a result of the boycott. It was called, aptly, the People’s Review of Prevent, as it would serve a function that the Shawcross review could never fulfil: evidence the concerns of those actually impacted by Prevent, demonstrating the policy’s faulty inner logic, its interference with human rights and the danger it poses to broader society.

Our concerns about Prevent relate directly to human rights. It is deeply divisive in the way it criminalises people of colour, but also religious beliefs in general, and particularly those associated with Islam. The beliefs it criminalises are not violent beliefs, nor are they illegal. Furthermore, besides the discriminatory nature of Prevent, it curtails freedom of thought and speech, among many other fundamental rights.

The People’s Review of Prevent cites 227 academic sources, including 19 major reports into Prevent, raising other rights-based concerns flagged by other NGOs. It also presents cases from our case library at Prevent Watch, as well as cases recorded in others’ reports.

It makes for compelling and troubling reading for all those concerned with Britain’s position on human rights. It illustrates how the “war on terror” poses a real threat to right-based legislation as well as to principles of due process, such as the right to be presumed innocent until proven guilty and the right to religious belief and expression, as well as to freedom of association.

This is because in order for Prevent to actually “work”, all of these longstanding legal principles that are crucial underpinnings of democracy must be circumvented. Our cases illustrate just how this is done, and the report – written by Professor John Holmwood (Professor Emeritus at Nottingham University) and I – raises pressing concerns about where all this is going.

Our report is rooted in real-life cases

But apart from the academic theory, we really wanted to give people a chance to be heard. Through documenting the experiences of many different people, from those impacted by a “far right” Prevent referral to the many Muslim children questioned without their parents, our assessment of Prevent is founded in case-based evidence and reference to the law.

The report is supported by over 18 organisations, including Amnesty International, Runnymede Trust, the Muslim Council of Britain and Muslim Engagement and Development. The robustness of the report led to forewords written by the United Nations special rapporteur on protecting freedoms while countering terrorism, as well as by renowned human rights lecturer at the London School of Economics and Queen’s Counsel, Professor Conor Gearty.

Here is what we heard

Our three main findings are:

Firstly, Prevent does not actually prevent terrorism: this is done by other branches of the government’s counter-terrorism strategy. Rather, Prevent is a political programme that defines beliefs and actions that are legal to be “extremist”, based on any prevailing government’s subjective assessment of “risk”. This is dangerous and self-defeating.

Secondly, Prevent breaches fundamental rights, such as the right to religious expression, political expression, privacy (in particular with regard to unwarranted data collection, storage and sharing) and equalities legislation.

Thirdly, it targets children and families, in an effort to regulate the home, causing serious harm and trauma, and resulting in feelings of alienation, anger and fear – all of which are counter-productive.

The report collates all the harms of Prevent in one place. During the process, our analysis was regularly assessed and moderated by an expert panel of academics and representatives of organisations who are considered authorities on key topics related to Prevent, such as social work, education and human rights.

This is the research and evidence that was requested by Ben Wallace when he first announced the government’s review of Prevent in 2019. It’s a pity the government haven’t said a word in response to it, nor – it seems – have they given it any honest consideration.

But the record shows that the people have spoken.

You can read the People’s Review of Prevent here.

The People's Review Of Prevent

The People’s Review of Prevent gives a voice to the people most impacted by the Prevent Duty.

Prevent Watch is a community-led initiative which supports people impacted by Prevent. We empower clients and build confidence in the community by supplying them with the tools they require to combat Prevent and the environment of fear that it has created. 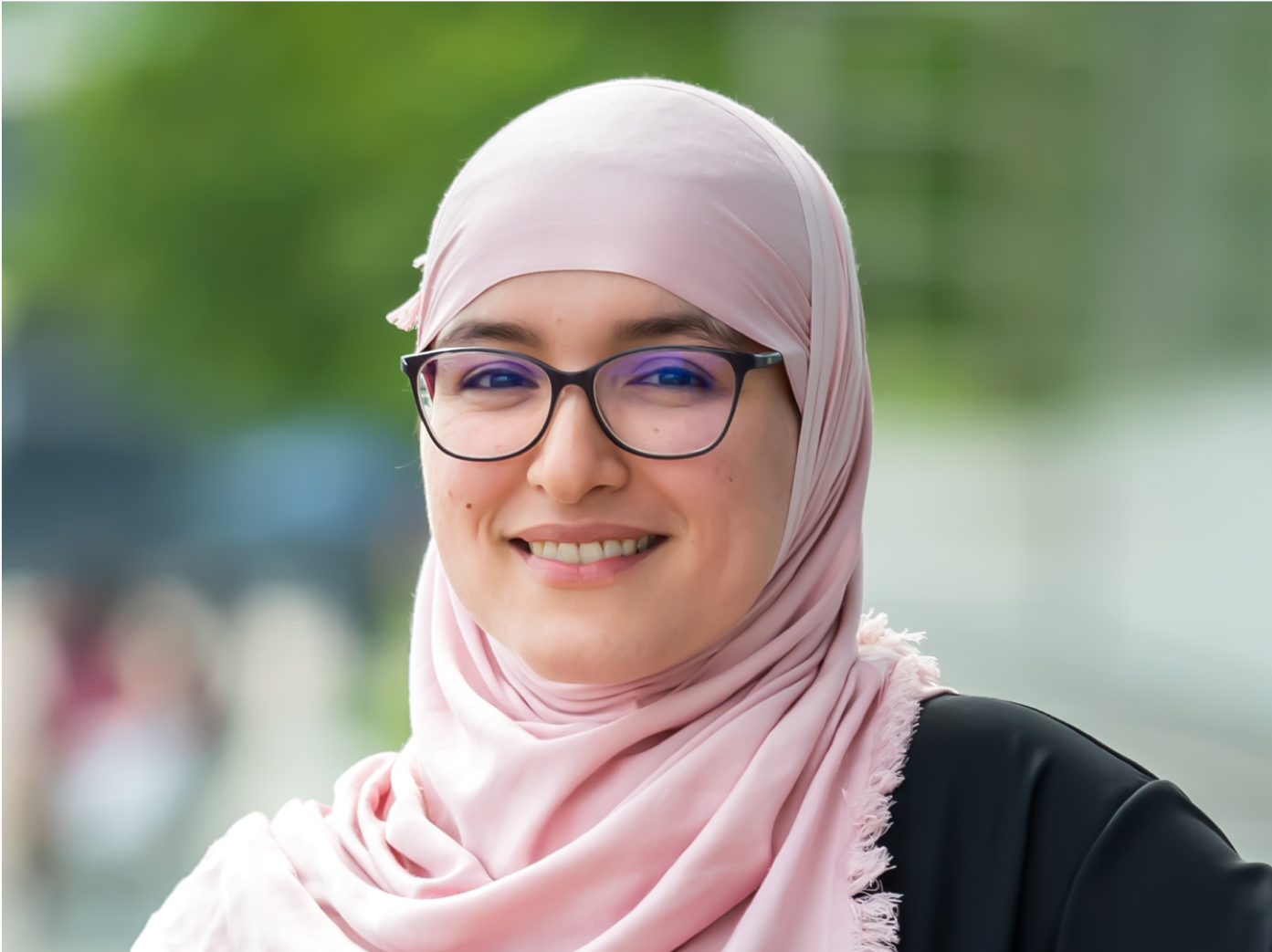 Dr Layla Aitlhadj is the Director and Senior Caseworker at Prevent Watch, a community-led initiative which has supported individuals affected by the Prevent programme in nearly 600 cases. Layla has led this support, litigation and advocacy work. She has published extensively on Prevent, ensuring the voices of those impacted are heard. Layla's experience of Prevent was crucial in her most recent role as the co-author of the People's Review of Prevent, an alternative to the widely boycotted official review of the policy.

Dr Layla Aitlhadj is the Director and Senior Caseworker at Prevent Watch, a community-led initiative which has supported individuals affected by the Prevent programme in nearly 600 cases. Layla has led this support, litigation and advocacy work. She has published extensively on Prevent, ensuring the voices of those impacted are heard. Layla's experience of Prevent was crucial in her most recent role as the co-author of the People's Review of Prevent, an alternative to the widely boycotted official review of the policy.