Leading human rights groups including Liberty, Amnesty International and the Runnymede Trust have announced a boycott into a pending review of the Government’s Prevent Strategy.

The controversial counter-extremism programme, which was introduced in the wake of the 2005 London bombings, has frequently been criticised as discriminatory to Muslim communities.

Under the scheme there is a statutory duty for all public sector workers – such as teachers and doctors – to have “due regard to the need to prevent people from being drawn into terrorism”. In practice, this has led to cases of schools calling the police on children as young as four, for  having toy guns or talking about video games.

There have also been concerns that teachers have received confusing guidance on the strategy, while others said it spreads “fear and distrust”. Several groups have called for the policy to be scrapped, adding that it was now a “toxic brand”.

The Government said the purpose was to “safeguard and support vulnerable people and to stop them becoming terrorists or supporting terrorism”, adding that it played an “essential role” in doing this, and had “safeguarding at its heart”.

They added that the current review, which was announced in January 2019, “is important […] so this vital programme continues to improve”.

Why Has The Boycott Happened?

Seventeen groups, also including Big Brother Watch and Netpol, have announced they will no longer engage with the review following the appointment of William Shawcross to lead it.

Previously, Lord Carlile, a vocal supporter of the policy, had been announced as the reviewer. However, he was dropped after a legal bid argued his appointment was unlawful because he could not be considered independent.

Good morning to everyone boycotting the sham #Prevent review. https://t.co/ZR3kRnego9

Shawcross, who previously headed up the Charity Commission, was appointed by a “full and open recruitment process”, according to a Government statement. They added that he “possessed the right range of skills and experience to conduct this important review”.

However, his appointment has come under fire after previous comments he made about Islam.  For example, in 2012 he said: “Europe and Islam is one of the greatest, most terrifying problems of our future. I think all European countries have vastly, very quickly growing Islamic populations.”

Shawcross also came under fire during his tenure at the Charity Commission, after it was revealed that more than a quarter of all statutory investigations into charities at the time focused on Muslim charities.

In a statement, Liberty said: “When people see injustice at the heart of public services, the least they can expect the Government to do is undertake a serious independent investigation. But this review has shown the Government is determined to ignore the damage Prevent causes,  particularly to Muslims and people of colour.”

This review has shown the Government is determined to ignore the damage prevent causes – particularly to Muslims and people of colour.

They continued: “The appointment of a Prevent reviewer who has a track record of Islamophobic comments shows the Government is set on using the review to rubber stamp this divisive strategy.

“This review could have been a chance to properly scrutinise the premise and impacts of Prevent. We need interventions that respect the rights of the people directly affected and bring communities together.” 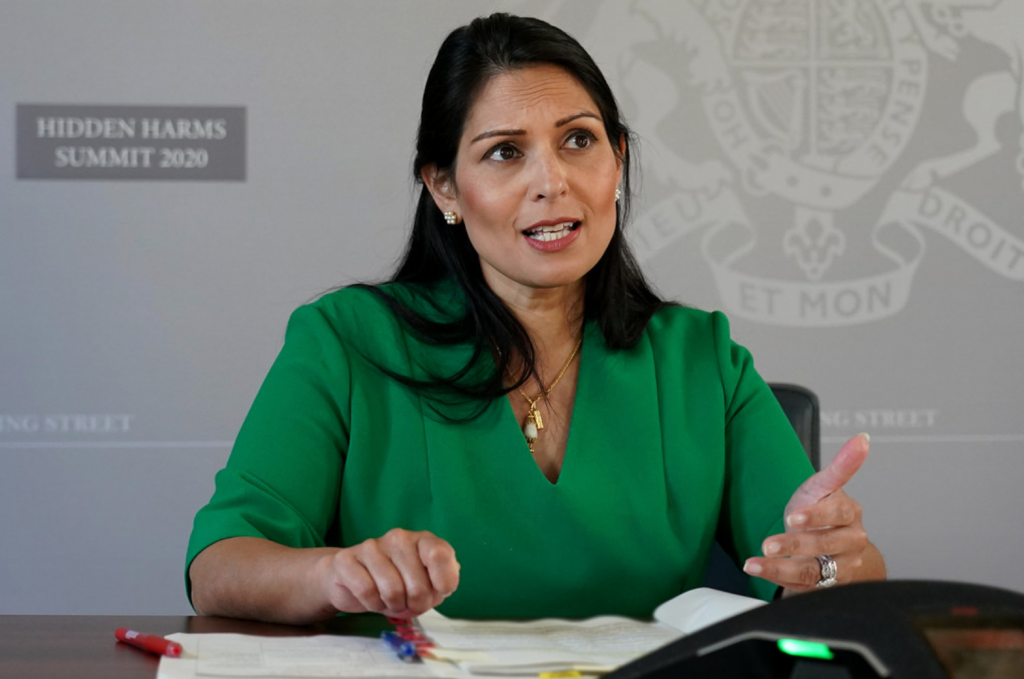 In a joint statement, the 17 groups said they would go onto conduct a “parallel review that properly considers the harms of Prevent, including documenting discrimination and rights violations caused by it”.

It’s not the first time the policy has come under fire. In January 2020 more than 100 academics and campaigners called for Prevent to be abolished, saying it was a “failed policy”.

Prevent is one strand of the goverment’s “Contest” counter-terrorism strategy.

Its purpose is to “safeguard and support vulnerable people to stop them from becoming terrorists or supporting terrorism”.

Introduced following the 2005 London bombings, it was aimed primarily at Muslim communities. This has given rise to ongoing complaints that it is discriminatory.

It has also been reported that the programme has been used to “spy” on innocent people not suspected of any involvement in terrorism.

The scheme’s remit was broadened to cover all forms of extremism in 2011.

Extremism is defined as: “vocal or active opposition to fundamental British values, including democracy, the rule of law, individual liberty and mutual respect and tolerance of different faiths and beliefs”.

Under the scheme there is now a statutory duty for all public sector workers – such as teachers and doctors – to have “due regard to the need to prevent people from being drawn into terrorism”.

Human rights groups have called for this duty to be scrapped – citing concerns around discrimination and freedom of speech in classrooms. Several cases of schools calling the police on children as young as seven have added to the scheme’s controversy.