Is The Prevent Programme Compatible With Human Rights?

By Shazad Amin, Deputy Chair of MEND 18 Jul 2022
'Stand Up To Islamophobia' rally in Sheffield, 2018. Credit: Tim Dennell via Flickr

Many organisations and individuals have criticised the government’s Prevent programme, which forms part of the UK counter-terrorism strategy.

Their criticisms include the lack of a peer-reviewed evidence base; the lack of an operable definition of extremism; inadequate training; a high number of ‘false-positives’; and the policy being structurally racist and Islamophobic. Critics of Prevent include Liberty, the Open Society Foundations, the Royal College of Psychiatrists, the National Union of Teachers, Andy Burnham (Mayor of Greater Manchester) and over a hundred academics.

In addition to these criticisms, the Prevent programme also interferes with human rights and civil liberties, due to the way it is implemented. This can be seen if one examines it through the lenses of the Human Rights Act (HRA) and the Equalities Act. Here is a brief run through Prevent’s potential conflicts with human rights that are protected in UK legislation.

Article 9 of the Human Rights Act: Freedom of Thought, Belief and Religion

Article 9 of the HRA enshrines “The right to put your thoughts and beliefs into action. This could include your right to wear religious clothing, the right to talk about your beliefs or take part in religious worship”. A 2017 report by Warwick University, examining the administration of Prevent within the NHS, identified numerous erroneous referrals to the programme based only on speculation due to perceived religious practices. One referral concerned “an Asian man” who was deemed a risk due to planning a “future trip to Saudi Arabia,” which an NHS worker construed as grounds for concern. In actuality, the “Asian man” was preparing for a Hajj pilgrimage to Mecca, a pillar of Islam that every capable Muslim is supposed to fulfil at least once in their lifetime.

Article 10 of the Human Rights Act: Freedom of Expression

Article 10 of the HRA guarantees “The right to hold your own opinions and to express them freely without government interference”. According to the former UN Special Rapporteur on the Rights to Freedom of Assembly and Association, Maina Kiai, Prevent has “created unease and uncertainty around what can be legitimately discussed in public”. He goes on to say that, “the spectre of Big Brother is so large, in fact, I was informed that some families are afraid of discussing the negative effects of terrorism in their own homes, fearing their children would talk about it at school and have their intentions misconstrued”.

The implementation of Prevent in educational settings has significant negative repercussions for free expression and students’ ability to participate effectively in political discussions, organisations and causes. The National Union of Students (NUS) published a report on Muslim students’ experiences in British universities in 2017. It noted that a third of students had been affected by Prevent and nearly half stated it had made it harder for them to express their opinions and engage in political debates. The report concluded, “This correlation demonstrates the chilling effect of Prevent”.

The freedom to express ideas and explore arguments is integral to universities’ mission to be centres of critical debate and learning. Indeed, universities’ duties in this respect are reflected in the Education Act 1986, the Education Reform Act 1988, the Human Rights Act 1998 and the Equality Act 2010. However, there have been numerous examples of mainly Muslim events and speakers being cancelled at universities under the auspices of Prevent.

The Equality Act 2010 prohibits any form of direct or indirect discrimination, harassment, or victimisation based on protected characteristics (among which both religion and ethnicity are included). However, a recent report by Medact on the application of Prevent in healthcare found that Asians and British Asians were referred to Prevent four times more than non-Asians, and Muslims referred eight times more than non-Muslims. The discriminatory manner in which Prevent is applied can only be considered to conflict with The Equality Act.

A world without Prevent?

It is clear that Prevent is not fit for purpose and needs to be scrapped. However, supporters of Prevent often ask its critics what it should be replaced with. This question assumes that Prevent is essential for fighting terrorism, but there is no evidence that this is the case. Indeed, we have many agencies with the responsibility, experience and expertise to keep us safe from the threat of terrorism. These include the police, the Security Service (MI5), the Secret Intelligence Service (MI6) and Government Communications Headquarters (GCHQ). It is far more cost-effective to target resources towards improving the ability of these specialist organisations to tackle terrorism, instead of placing such a burden on other public sector workers, who do not have the time, skills or knowhow to undertake this task.

Moreover, Irish Republican Army (IRA) terrorism, which resulted in many deaths over decades, was resolved without the need for Prevent. Even now, Prevent does not apply in Northern Ireland. Whilst there is no reason given for this, it is likely to be related to concerns about politically motivated referrals across sectarian divides. However, if Prevent were essential to countering terrorism, then the policy would have applied throughout the whole of the UK.

Unfortunately, the forthcoming independent review of Prevent, led by Sir William Shawcross, is unlikely to provide any assurances that, in the future, the conflicts between Prevent and human rights will be addressed. Indeed, the opposite is more likely, especially given this government’s determination to press ahead with the much-derided Bill of Rights Bill (aka the ‘Rights Removal Bill’), despite three-quarters of the British public stating it is important to keep the Human Rights Act as a means of holding the government to account. I fear there is little chance the government will listen.

Muslim Engagement and Development (MEND) is a not-for-profit company that helps to empower and encourage British Muslims within local communities to be more actively involved in British media and politics.

Medact’s mission is to support health professionals from all disciplines to work together towards a world in which everyone can truly achieve and exercise their human right to health. 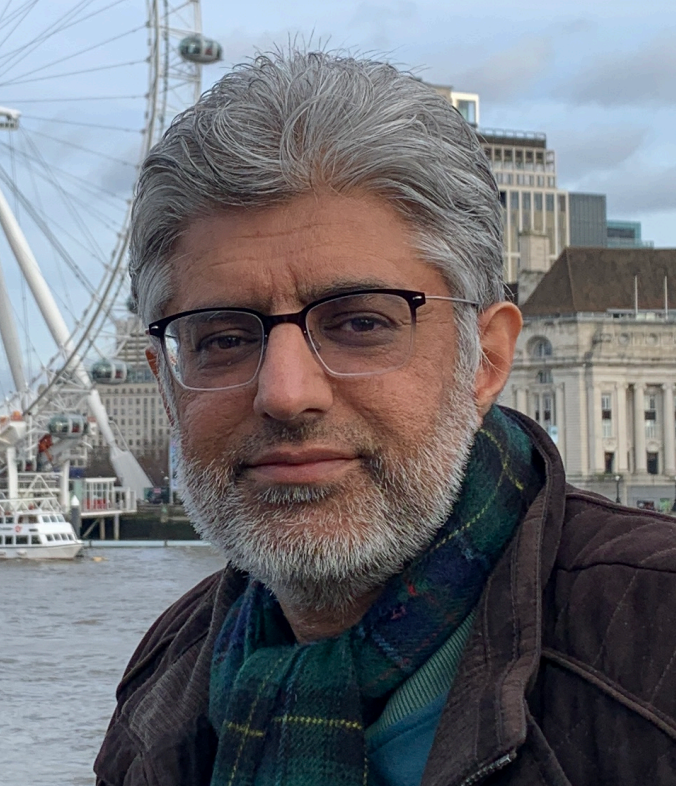 Dr Shazad Amin is the Deputy Chair of MEND (Muslim Engagement & Development). MEND is a grassroots organisation tackling Islamophobia in the UK by promoting greater civic, media and political engagement by British Muslims.

Dr Shazad Amin is the Deputy Chair of MEND (Muslim Engagement & Development). MEND is a grassroots organisation tackling Islamophobia in the UK by promoting greater civic, media and political engagement by British Muslims.