TikTok Has Banned Misgendering And Deadnaming

TikTok has announced that it has updated its community guidelines to protect human rights by banning misgendering and deadnaming – referring to someone by a previous name.

Earlier this month, the platform stated its new guidelines would be introduced to establish better safety and security on the social media platform.

Under the Equality Act 2010, a person’s rights are protected from discrimination. The Act states that you must not be discriminated against because you are transsexual, or because your gender identity is different from the sex assigned to you at birth.

Despite the app historically taking the stance that content infringing trans rights has “long been prohibited”, the new update ensures that offensive content is explicitly referenced as banned in a clear attempt to eradicate it from the platform. Previously, TikTok’s community guidelines stated that “hate speech or harmful content” was not allowed on the platform, but it did not define “harmful content” – an omission which has resulted in offensive content remaining on the app.

The ban will add clarity

The ban will add clarity and give a more detailed explanation of what the platform will no longer tolerate. TikTok stated the guidance would:

“Further support the well-being of our community and the integrity of our platform.”

Happy #SaferInternetDay! Today we're announcing updates to our Community Guidelines to further support the well-being of our community and the integrity of our platform. Learn more in our Newsroom: https://t.co/CyMJ6EI2CT

Deadnaming is a practice where someone calls a transgender or non-binary person by their birth or legal name, which does not correspond to their chosen name or identity.

A chosen name can and does affirm a trans or non-binary person’s identity, while using their birth or legal name can make them “feel like you don’t respect their identity, you don’t support their transition, or that you don’t wish to put forth the effort to make this necessary change,” according to Healthline.

Misgendering can be a traumatic experience for members of the LGBTQ+ community, as it uses language that does not align with their gender identity

For instance, if a trans person asks that you use specific pronouns, eg They/Them, She or He, to address them, and that is not respected it can make them feel like they are not being accepted or affirmed in their gender.

In addition to banning content that features deadnaming and misgendering, the platform will also be deleting anything that supports or promotes conversion therapy, which has been a target of human rights campaigns for decades. Conversion therapy is a process in which an individual is subjected to attempts to alter their identity or sexual orientation, often through forced means. It is widely considered to be harmful to LGBTQ+ people and can lead to long-lasting trauma. 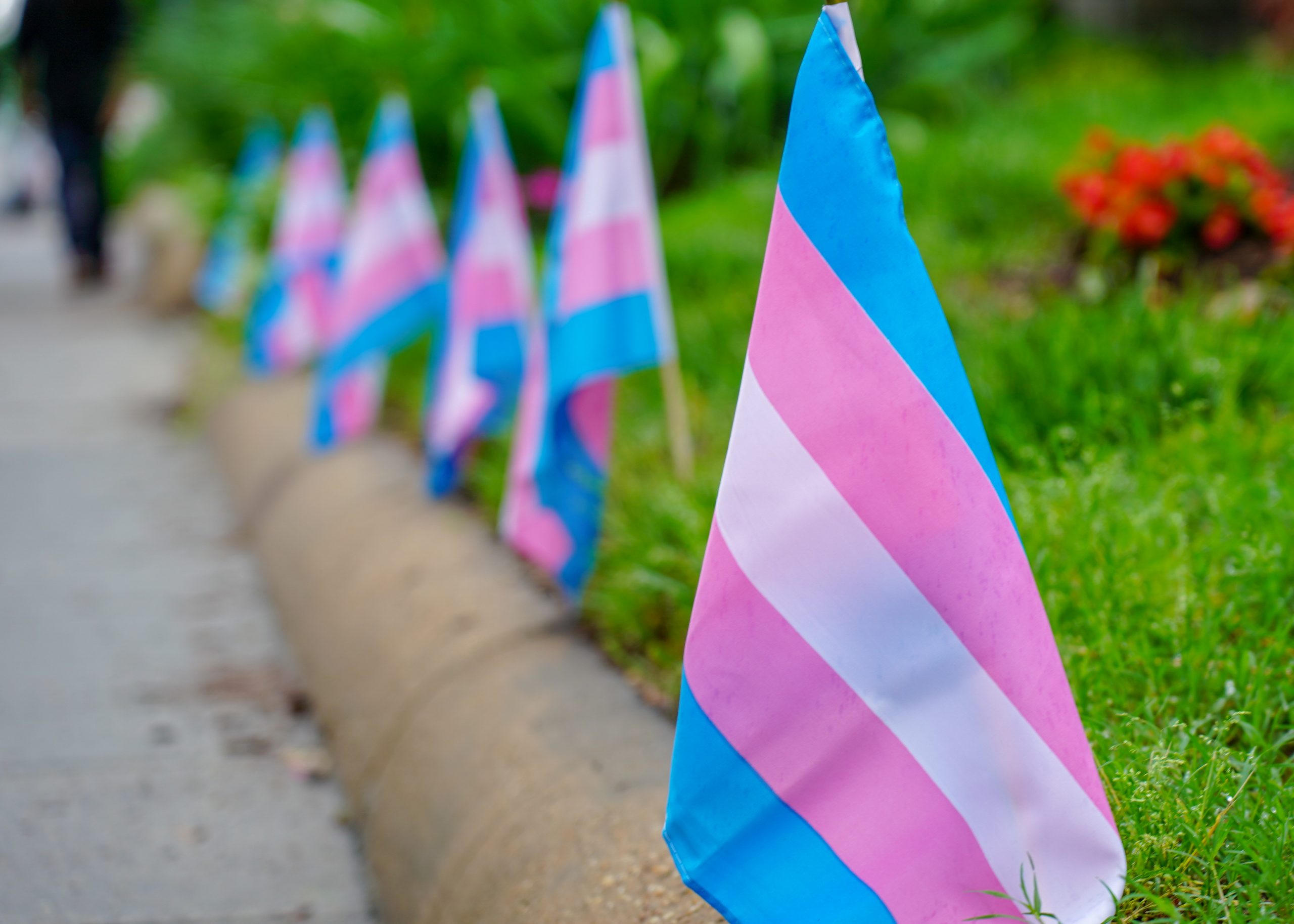 Conversion therapy is not currently banned in the UK, but the government launched a consultation on banning the practice in October 2021. It is currently working through proposals to ensure it is made illegal here – a direction of travel supported by LGBTQ+ charity Stonewall.

A report published by the Institute for Strategic Dialogue in August last year found that anti-LGBTQ+ rhetoric, misogyny, white supremacy and other forms of hatred were consistently being fomented by content created and circulated on TikTok.

How safe are platforms for LGBTQ+ users?

Additionally, a report by LGBTQ+ media monitoring organisation GLAAD observed that TikTok and other social media sites are “effectively unsafe for LGBTQ+ users.”

Kate Ellis, president and chief executive of GLAAD, commended TikTok’s changes. She said in a statement: “When anti-transgender actions like misgendering or deadnaming, or the promotion of so-called ‘conversion therapy,’ occur on platforms like TikTok, they create an unsafe environment for LGBTQ people online and too often lead to real world harm.”

Ellis said the update will “raise the standard for LGBTQ+ safety online” and “send a message” to other platforms to follow suit with similar actions. 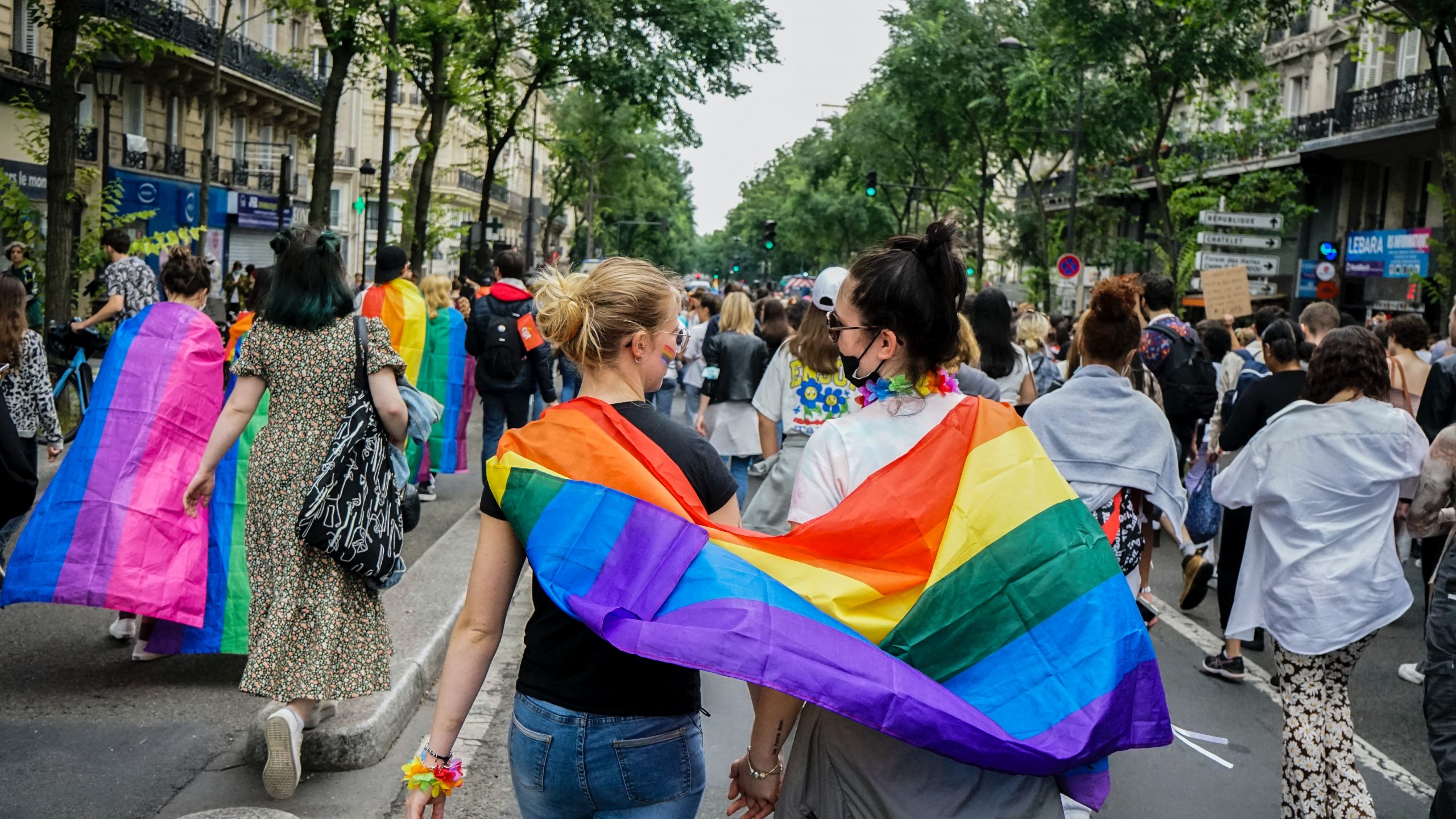 The new guidelines will hopefully reduce the extent of hateful content on TikTok, but whether the platform will be able to enforce the ban effectively remains to be seen. According to TikTok’s transparency report, since September 2020 only 1% of videos uploaded to TikTok were removed for content violation. However, it seems there are many more rights-violating posts still available to view on the platform.

The company said in its announcement: “We use a combination of technology and people to identify and remove violations of our Community Guidelines, and we will continue training our automated systems and safety teams to uphold our policies.”

Will the ban make the app more inclusive?

Many feel that this move will help TikTok to promote the voices of queer and transgender creators on the platform and prevent them from being abused or harassed by anti-LGBTQ+ people on the app.

Queer, trans creator Rose Montoya spoke about the guidelines earlier this week in a TikTok video, where she said she was someone who had helped instigate the change by continually speaking out about transphobia on the app.

They said: “As a queer, transgender person myself, my content has been taken down a lot just for being queer. Hopefully, these new community guidelines works as its supposed to, and hopefully it truly does censor more hateful speech against the queer community instead of the community itself”.

Some TikTok creators are not as confident as Montoya that this change to the guidelines will ensure that hateful content stops circulating on the app, fearing it will in fact penalise those calling out instances of transphobia instead.

Maria Alpert, a trans person who posts videos under the name carefulthefloorismarlava, posted a video earlier this week that questioned the updates. In the video, they said: “So many of us were so excited to hear about [the changes] but I was sceptical, and I was right to be.”

They then accused TikTok of banning and flagging her videos for calling out transphobia, rather than removing transphobic content itself.

“They are using these new rules to silence trans people from speaking out against transphobia,” she claimed.

Frances Diederich, a non-binary TikTok creator, is similarly unconvinced. They told EachOther: “On the surface, TikTok’s new guidelines banning transphobia and misgendering seems like a great change, but I’m hesitant to celebrate this update too soon.”

In particular, they note that “past guidelines against hate speech were rarely followed.”

“I’ve seen way too many queer creators have content calling out homophobia or transphobia removed as ‘hate speech’, while videos including homophobic or transphobic rhetoric and slurs were promoted on the ‘For You Page’ [FYP, which acts like a homepage] to receive millions of views,” they said.

“I’m cautiously optimistic for this update, but actions will speak louder than words,” Diederich concluded.

Another non-binary TikTok creator, named El, is also “apprehensive about these new changes.”

Like Diederich, El told EachOther that specific guidelines are good but only if they are enforced: “While I’m glad that there are now concrete guidelines in place, other guidelines on TikTok that are meant to protect against hate aren’t being well enforced.””

“As well as ineffectual enforcement of current guidelines, TikTok’s algorithms constantly suppress trans content and boost the content of those pushing transphobic rhetoric. New guidelines won’t solve the problem that trans/non-binary creators are already swimming against the tide on this app to get anywhere,” they explained. 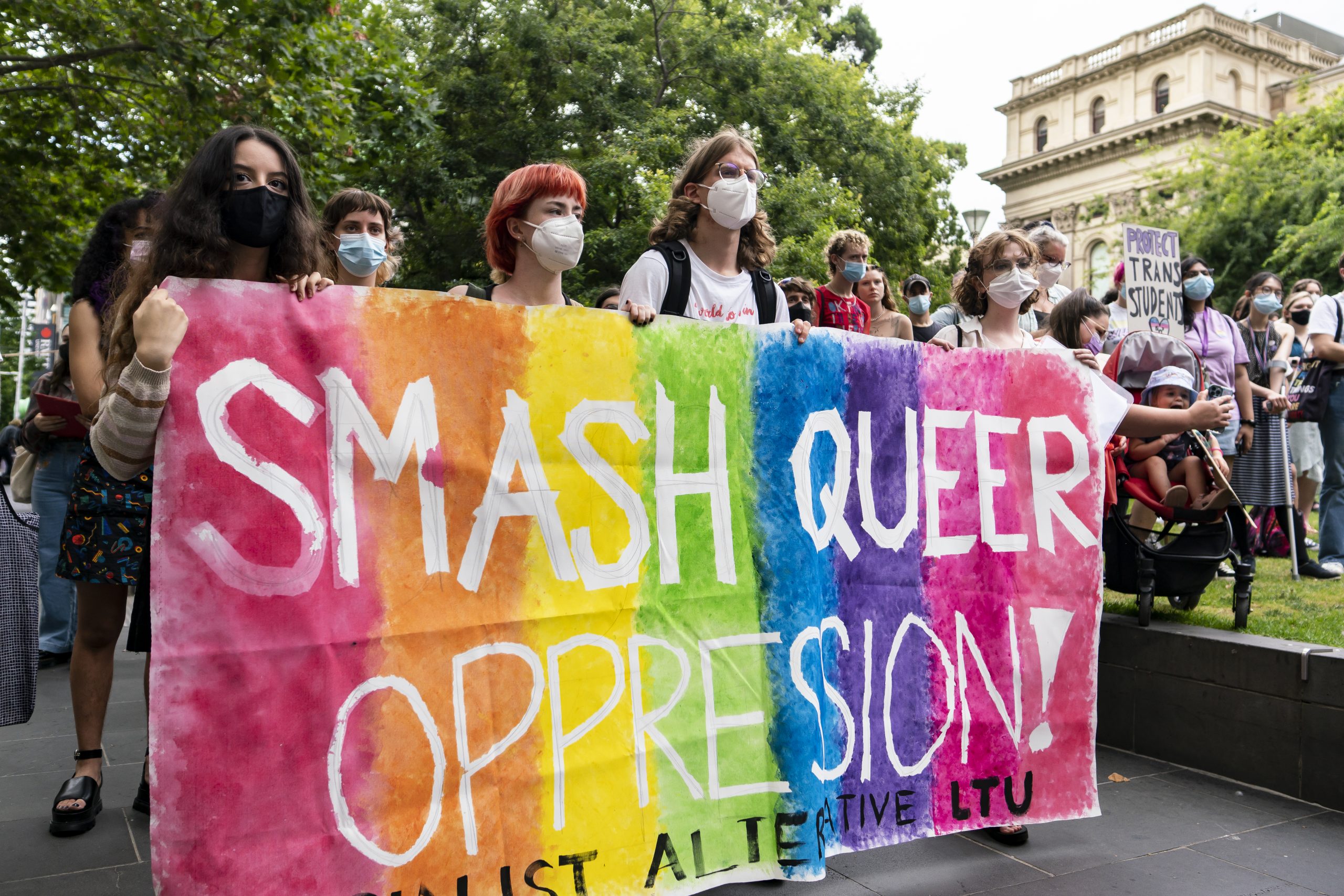 El added that this is “a step in the right direction” but that TikTok will have to take many more steps “to make this platform a safer place for trans/non-binary creators and users.”

Despite these concerns, many are hopeful that the app will turn a corner. Dr Casey Fiesler, a researcher who teaches information science at the University of Colorado, recently told Insider that “these additions are a good thing,” even if she personally does “not have a great deal of confidence in TikTok’s moderation system.”

She said: “Even if there are some challenges in figuring out how to moderate it, especially at first, community guidelines can serve as a guidepost for social norms and the values of a platform.”

TikTok has also announced that it would be opening “state of the art cyber incident monitoring and investigative response centres in Washington DC, Dublin, and Singapore this year” which would support the ban.

TikTok’s new guidelines are already in effect. It will be a while, however, before we can see if they result in any substantial change and whether the app’s moderation and monitoring systems are able to step up to the challenge the guidelines have provided. 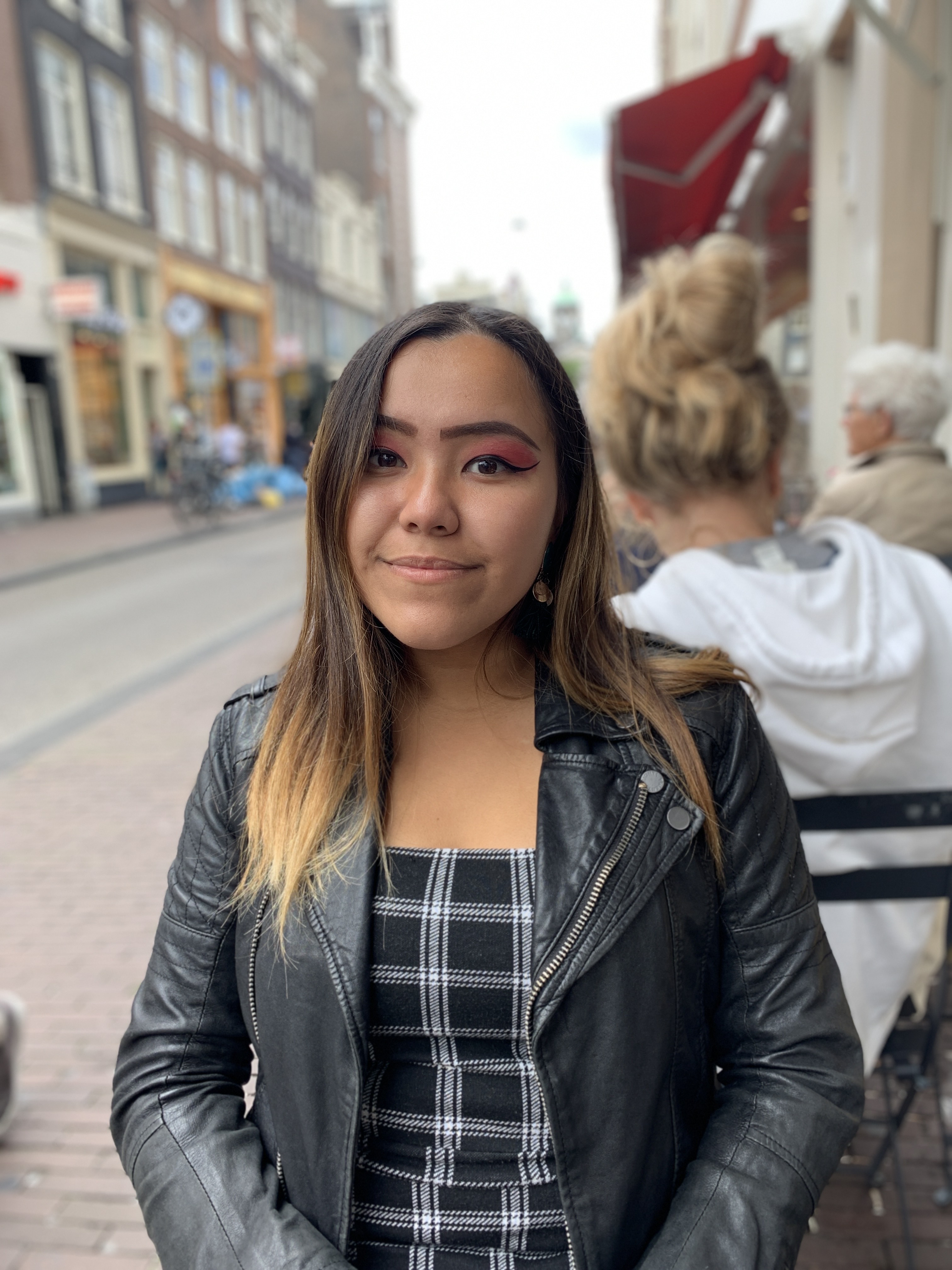