At Bail for Immigration Detainees, we have now legally represented 16 people who are subject to the government’s cruel Rwanda plan. These people have been locked up in detention centres after having been notified of the government’s intention to brand their asylum claim as ‘inadmissible’ and remove them to Rwanda.

Those 16, and many others alongside them, have been detained without trial for an indefinite period in prison-like conditions. Many are vulnerable, having come from conflict zones such as Syria or Afghanistan. Some have survived torture. Some have previously been held in captivity and enslaved. We have already seen suicide attempts by people facing deportation to Rwanda.

Given the cancellation of one flight to Rwanda last month and reports that any new flights will be delayed until September, it would make sense from a financial, legal and human perspective for these people in detention to be released. However, the Home Office has told The Guardian: “We will keep as many people in detention as the law allows”. This goes against its own published policy to use detention sparingly, and for the shortest period necessary. Meanwhile, the Home Office is pursuing intrusive 24/7 surveillance using GPS-fitted ankle tags on people when they are released.

You may have seen headlines saying that the Government is going to GPS tag people they want to deport to Rwanda – but what is GPS tagging & how does it affect people's lives? BID’s @rudy15_15 explains: pic.twitter.com/AnVMBNNaoX

Every single one of the 16 people we’ve represented has been granted bail. In the overwhelming majority of court cases, the judge decided not to impose electronic monitoring. This is a resounding judicial rejection of the Home Office’s draconian decision-making. Judges are consistently ruling against the Home Office’s attempts to remove people to Rwanda, keep those same people in detention, or release them with GPS tags.

That is because the government has evaded its basic common law duties to act fairly, to publish its policies or to assess the appropriateness of detention or bail conditions depending on individual circumstances.

Whichever way you look at it, the Rwanda plan is disastrous. It is so staggeringly expensive that the government is refusing to reveal its cost. It has received criticism from all corners, including the Archbishop of Canterbury and the UN High Commissioner for Refugees. Even the Home Office admitted that its ‘deterrent’ approach lacks evidence and may push people into riskier journeys, while its top civil servant has expressed similar concerns.

Two more people granted bail today who are subject to the government's cruel & inhumane Rwanda plan. Home Office decided not oppose bail but why did they not simply release them?
This approach needlessly prolongs suffering caused by detention & wastes tribunal & BID resources.

Bail for Immigration Detainees’ letter opposing the policy was signed by over 150 organisations from across civil society. A similar Rwanda-returns plan with Denmark was criticised by the African Union as “xenophobic and completely unacceptable”. The UK government’s plan is now the subject of challenges from charities, individual claimants and the Public and Commercial Services Union, which represents the UK’s ‘border force’. The government’s plan is beginning to buckle under the weight of judicial scrutiny.

On the final day before the scheduled removal to Rwanda, one claimant, having exhausted all options in the UK courts to halt the flight, turned to the European Court of Human Rights (ECtHR). The ECtHR is a human rights court, established by the Council of Europe, based in Strasbourg, that rules on possible violations of the rights set out in the European Convention on Human Rights (ECHR), a treaty which the UK has been a signatory of since 1953.  Human rights enshrined in the ECHR are effectively incorporated into UK law through the Human Rights Act (HRA).

The claimant was successful in obtaining a ‘rule 39’ urgent interim measure. This suspended his removal to Rwanda until a final decision has been made on the lawfulness of the removal policy in the UK courts, which should take place later this year. Other claimants due to be on the flight quickly followed suit and before long the whole flight was cancelled, an hour and a half before it was due to take off.

The ruling to block the flight was followed by a heated discussion about the UK’s membership of the ECtHR. The Prime Minister and top cabinet colleagues,  including Attorney General Suella Braverman, openly admitted to considering withdrawal from the ECHR.

Withdrawal would undermine the international regime for human rights, further diminish the UK’s international reputation and enable the government to enact further acts of cruelty and human rights breaches against people it seeks to remove or deport from the UK.

Dominic Raab’s Bill of Rights, introduced last month, was labelled the ‘Rights Removal Bill’ by human rights organisations. Through the Bill, the government plans to redefine the UK’s relationship with the ECtHR. It would maintain the UK’s membership of the ECHR but seeks to reduce the power of the ECtHR over judgments in the UK.

It was notable that the Bill, published shortly after the abandoned Rwanda flight, removes the requirement to comply with rule 39 rulings – the exact mechanism by which the ECtHR halted removals to Rwanda.

This fits neatly into a narrative of sovereignty and ‘taking back control’ from the European Union (EU), even though the EU is separate from both the ECtHR and the ECHR. Such language was deployed by the government during the Brexit referendum and the 2019 general election. It may also be noted by other states, such as Russia, which was recently subject to a rule 39 interim measure issued by the court to prevent the execution of two British national soldiers who had enlisted in the Ukrainian army.

Professor Mark Elliot, a law professor at the University of Cambridge, sets out how Raab’s Bill places the UK on a collision course with the ECtHR. He says that removing the existing obligation for the UK’s domestic courts to interpret legislation in a way that is compatible with the ECHR as much as possible will increase the number of findings of incompatibility between UK legislation and the ECHR.

This, he argues, will lead to more situations where the UK government has to decide whether or not to remedy such incompatibility by changing the law in parliament. Failure to do so, Elliot says, would breach the UK’s ECHR treaty obligations and risk “litigation and adverse judgments in the Strasbourg court” – the ECtHR.

We should not take it for granted that the UK government will defer to the ECtHR when future situations of this kind arise. Given the direction of travel, one could imagine the government refusing to accept rulings from the ECtHR where UK legislation is found to be incompatible. The consequences for fundamental human rights would be disastrous.

The government’s losses in the courts are, in a sense, politically expedient, as they fit neatly with established narratives about UK sovereignty. We do not need to know the precise intentions of the top decision-makers to know that a pattern and a strategy is evolving. Even after Johnson’s resignation, we are concerned that a new government will continue to push its treaty obligations, and indeed the basic institutions of democracy, to breaking point.

Rather than being deterred by findings of unlawfulness, the government seems to be spurred on in its campaign to undermine the international framework of human rights law.

The Council of Europe

The Council of Europe, which is separate from the European Union, is an international organisation founded in the wake of World War II to uphold human rights, democracy and the rule of law in Europe. It has 46 members, including the UK.

The European Convention on Human Rights is an international human rights treaty. It came into force in 1953. Its ratification is a prerequisite for joining the Council of Europe. Its implementation is overseen by the European Court of Human Rights. 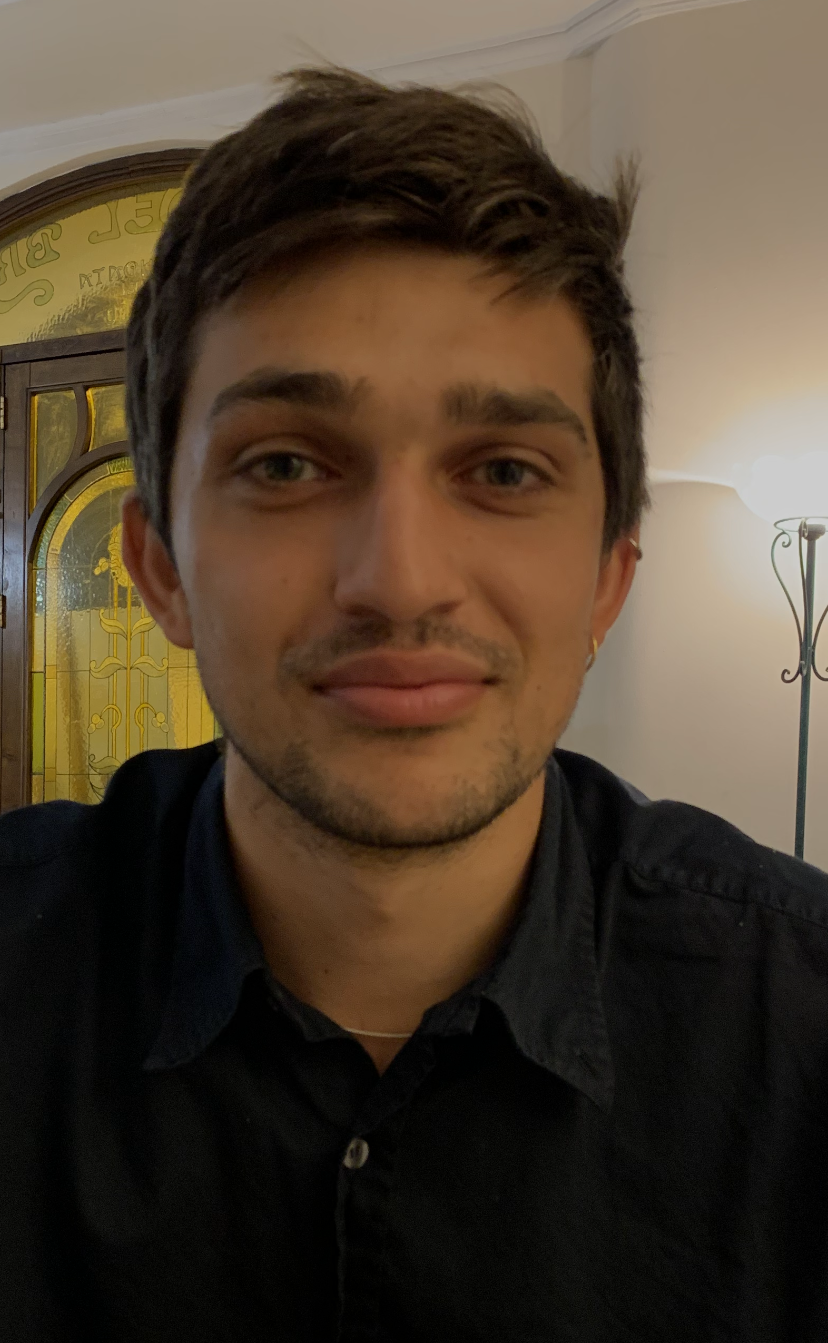 Rudy Schulkind is Bail for Immigration Detainees’ (BID) research and policy manager. He has been at BID for four years, working to challenge immigration detention and deportation through strategic litigation, parliamentary lobbying, media and campaigning work and the publication of research highlighting systemic issues in immigration detention.

Rudy Schulkind is Bail for Immigration Detainees’ (BID) research and policy manager. He has been at BID for four years, working to challenge immigration detention and deportation through strategic litigation, parliamentary lobbying, media and campaigning work and the publication of research highlighting systemic issues in immigration detention.