By Emma Guy, Editor 3 May 2022
Credit: The Home Office/Flickr

Last week, parliament passed the heavily criticised Nationality and Borders Bill, which will soon become UK law. But campaigners against its contents are not losing hope. The same week, charity Freedom From Torture won a court case against the government over its plans to ‘push back’ refugee boats. Since then, the non-governmental organisation (NGO) has launched preliminary legal action against the Home Office for its plans to send refugees to Rwanda. In a sense, the legal work to protect people under international refugee law has just begun.

Last week, the Nationality and Borders Act 2022 passed, despite meeting resistance in the House of Lords and from civil liberty groups and NGOs for the past two years. The act will receive royal assent in the coming weeks and will then become UK law.

Whilst the government claims that the Nationality and Borders Act will deliver the ‘biggest overhaul of the asylum system in decades’, NGOs, lawyers and campaigners believe this ‘cruel anti-refugee act‘ will restrict the rights of refugees and asylum seekers in the UK.

Sonya Sceats, Chief Executive of Freedom From Torture, declared victory in the judicial review as an example of what we can all do to defend our rights when we come together.

“We shouldn’t have had to litigate for this government to recognise the sanctity of human life, but today’s victory shows what we can achieve when we come together to fight this government’s toxic anti-refugee ideology.”

We @freefromtorture took the govt to court over its cruel plan to pushback refugee boats – and I just found out that we WON!

This just goes to show what we can achieve when we come together. Incredible.

Up next… the anti-refugee bill back in Parliament tomorrow. Let’s go! pic.twitter.com/5FUX7MBofd

Days after Sceats’s post, the Nationality and Borders Bill passed. However, that has not undone the hard work that NGOs like Freedom From Torture have put in. As a result of their litigation, the government withdrew its policy to ‘push back’ refugee boats in the channel.

What will the Nationality and Borders Act 2022 mean?

According to the United Nations Refugee Agency (UNHCR), the Nationality and Borders Act 2022 will strip away the rights of refugees and asylum seekers by:

The UNHCR has also stated that the government will be able to make new rules about age assessments for children and young people seeking asylum in the UK. This could include using unreliable or ‘potentially harmful’ medical methods of age assessment.

Additionally, the new act will give the Home Office power to override the decisions of local authorities about young people in their care.

Freedom From Torture have since launched a campaign to take legal action against the government over plans to ‘offshore‘ refugees to Rwanda.

Leigh Day, on behalf of Freedom From Torture, has sent a preliminary letter to the Home Office requesting full details of the policy.

Freedom From Torture have since released this video to call for support, praising the public for welcoming refugees. The NGO stated: “In just 10 days in March, ordinary people signed up to welcome more refugees than this government has in over 10 years”.

The controversial Rwanda Migration and Economic Development Partnership was announced last month as a bid to tackle human trafficking. At the time, Priti Patel stated: “This is part of the United Kingdom’s New Plan for Immigration to control our borders, protect our communities, stop dangerous illegal migration, help the world’s most desperate people and welcome international talents to the UK.”

However, NGOs, MPs and even some of the Home Office’s own staff disagree. In fact, many are concerned that it will strip refugees and asylum seekers of their rights, as the government has recently admitted that immigration plans have not provided safe government-backed routes for asylum seekers. 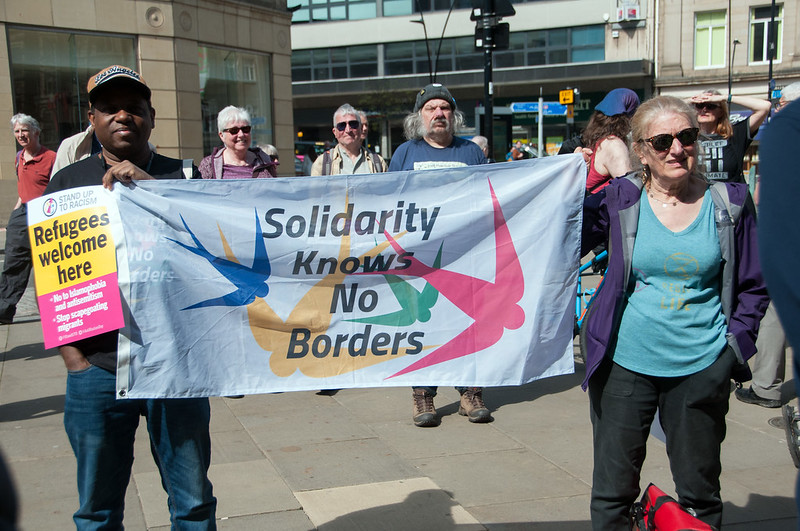 U-turns along the way

In 2021, the home secretary told MPs that the Nationality and Borders Bill would create new safe and legal routes to the UK for asylum seekers, suggesting that new routes would ensure that people no longer need to risk their lives trying to reach the UK.

However, the Home Office has now admitted that the Nationality and Borders Act 2022 does not have the provisions within it to provide safe government-backed routes for asylum seekers.

Following the announcement of the partnership, some Home Office staff have threatened to strike if refugees are sent to Rwanda, as outlined in the partnership.

One staff member wrote on an internal message board: “Can the permanent secretary and seniors give staff any advice on coping with our conscience with these sort of policies? I don’t feel safe telling people I work for the Home Office any more and now just make up a nondescript role in another government department when asked what I do for a job.” 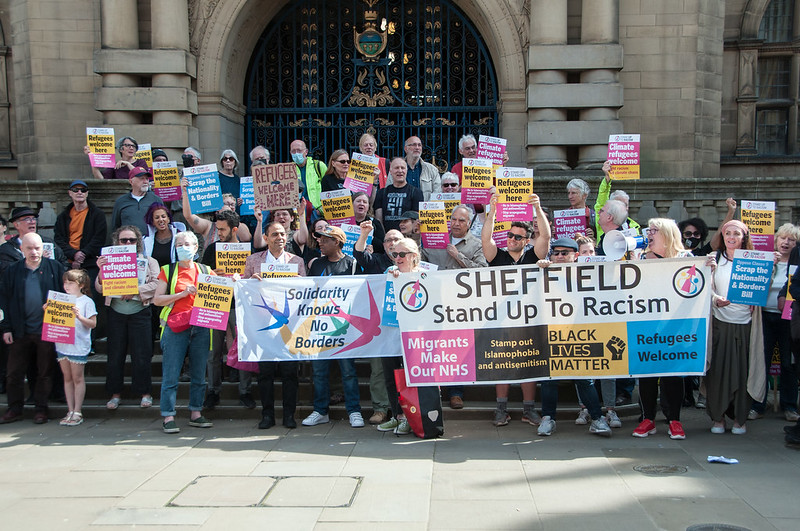 In response to the passing of the bill, the UNHCR stated it will work to minimise the impact on refugees and asylum seekers and ensure that the government respects international law.

“UNHCR regrets that the British government’s proposals for a new approach to asylum that undermines established international refugee protection law and practices has been approved”.

“The UK is a nation that rightly prides itself on its long history of welcoming and protecting refugees. It is disappointing that it would choose a course of action aimed at deterring the seeking of asylum by relegating most refugees to a new, lesser status with few rights and a constant threat of removal.”

The government has stated that: “Officers, prosecutors, caseworkers and judges will be able to make full use of these new powers from the summer once new guidance and training is rolled out.”

The Home Office also stated: “Everyone considered for relocation will be screened, interviewed and have access to legal advice. Decisions will be taken on a case-by-case basis, and nobody will be removed if it is unsafe or inappropriate for them.”

“Those relocated will be given a generous support package, including up to five years of training, accommodation and healthcare. People are free to leave if they wish and they will not be detained. But those in genuine need of international protection will be provided with it in Rwanda.”