Scottish human rights leaders have criticised the UK government’s plans to replace the Human Rights Act (HRA) with a British Bill of Rights, announced by Prince Charles in last week’s Queen’s Speech. The Scottish Human Rights Commission condemned the proposal as “deeply regressive” and said that the UK Government was out of step with Scottish civil society, which had “no appetite for reforms”. Ian Blackford MP, the leader of the Scottish National Party in the House of Commons, called the proposed legislation an “attack on human rights law” in a parliamentary debate on 10 May.

Last week, as part of an inquiry into reform of the HRA, the Joint Committee on Human Rights, a Parliamentary select committee comprising both MPs and Peers, examined the likely impacts of the proposal in different parts of the UK. The government has not outlined in detail what the Bill of Rights would mean for the four constituent nations of the UK: England, Scotland, Wales and Northern Ireland.

In an evidence session for the inquiry that took place hours after the state opening of parliament, Barbara Bolton from the Scottish Human Rights Commission, who was a witness at the session, stated:

“The government here is proposing regressive measures that would dilute human rights and would put up barriers to the access of  justice.”

They are:
❌ Based on a false premise
❌ Built on a flawed process

Harriet Harman MP, committee chair, raised concerns over the impact the government’s proposals could have across the UK. Harman stated:

“Given the importance of the Human Rights Act in the devolved nations, we were concerned that the government’s proposals could have unintended consequences for the constitutional settlement in the UK. That is something that is very much brought into relief right now.”

Concerns that marginalised people could lose access to justice

For Scotland, which has a different legal system to England and Wales, the HRA is built into its devolution settlement through the Scotland Act. It means that the rights defined in the European Convention on Human Rights (ECHR) are incorporated into Scottish law through the HRA.

According to Bolton, the HRA has been vital to ensuring human rights standards were maintained at every level in Scotland, from the government to its statutory agencies, such as the prison inspectorate.

“The Scottish Human Rights Commission is extremely concerned about the proposals and the severe negative impact that those proposals would have on access to justice and access to a remedy for individuals across society,” said Bolton.

She said that Scottish courts had developed jurisprudence, a method of interpreting the law, since the HRA came into force to understand how human rights applied in specific circumstances and in relation to the European Court of Human Rights (ECtHR), the body tasked with ensuring that European Convention on Human Rights obligations are realised. 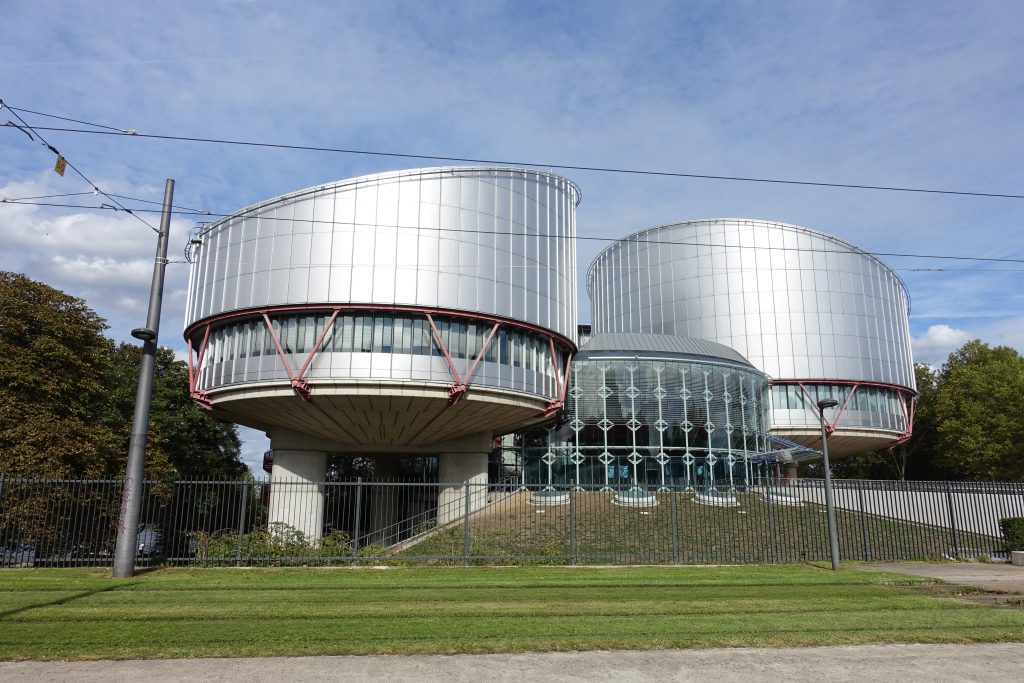 “We generally follow them (the ECtHR) where there is clear and consistent jurisprudence,” she said, adding that the reform may cause “uncertainty” and “confusion” in how human rights are interpreted, especially if this diverges from how the ECtHR interprets them.

“The first thing that you need to have in order to enforce your rights is certainty as to what your rights are. What’s the content of those rights?” she said, adding, “That’s built confidence in duty bearers and rights holders.”

She warned that people seeking remedy for a breach of their human rights may no longer be able to do this in Scottish courts. Instead, people whose human rights had been violated might have to go through the Scottish courts first, and then the ECtHR to access their European Convention on Human Rights entitlements in Strasbourg.

Bolton stated: “We could see ourselves in a situation whereby legislation that was issued from the Scottish Parliament right now that would be found to be not compliant with European Convention rights could then be found to be compliant,” she said. “However, that would put them in breach of the Convention.”

She raised concerns that this divergence between national courts and the ECtHR could mean new tests for claimants to prove that they “deserve” their rights, for instance by not having previously been found responsible for any misconduct.

“It’s the most marginalised and those most at risk who already find it more difficult to argue for, advocate for, and secure remedy for breaches of their rights,” she said. “What this government’s talking about doing is, instead of addressing those considerable issues and making it easier for people to enforce their rights, to make it vastly harder.”

In its response to the government’s consultation on its reforms, JustRight Scotland said: “If UK courts dismiss the rulings of the ECtHR in Strasbourg, they are likely to deliver a standard of human rights protection that is lower than that guaranteed by the ECHR.”

JustRight Scotland continued: “Victims of human rights abuses should not be asked to prove ‘significant disadvantage’ before they can seek justice, and it is unclear what that means in this context,” it said. “To that extent, this proposal is deeply regressive and specifically seeks to limit access to justice for human rights claims.”

A new Bill of Rights could unsettle constitutional arrangements

Replacing the Human Rights Act with a new Bill of Rights could rock the constitutional agreement between the UK and Scotland. 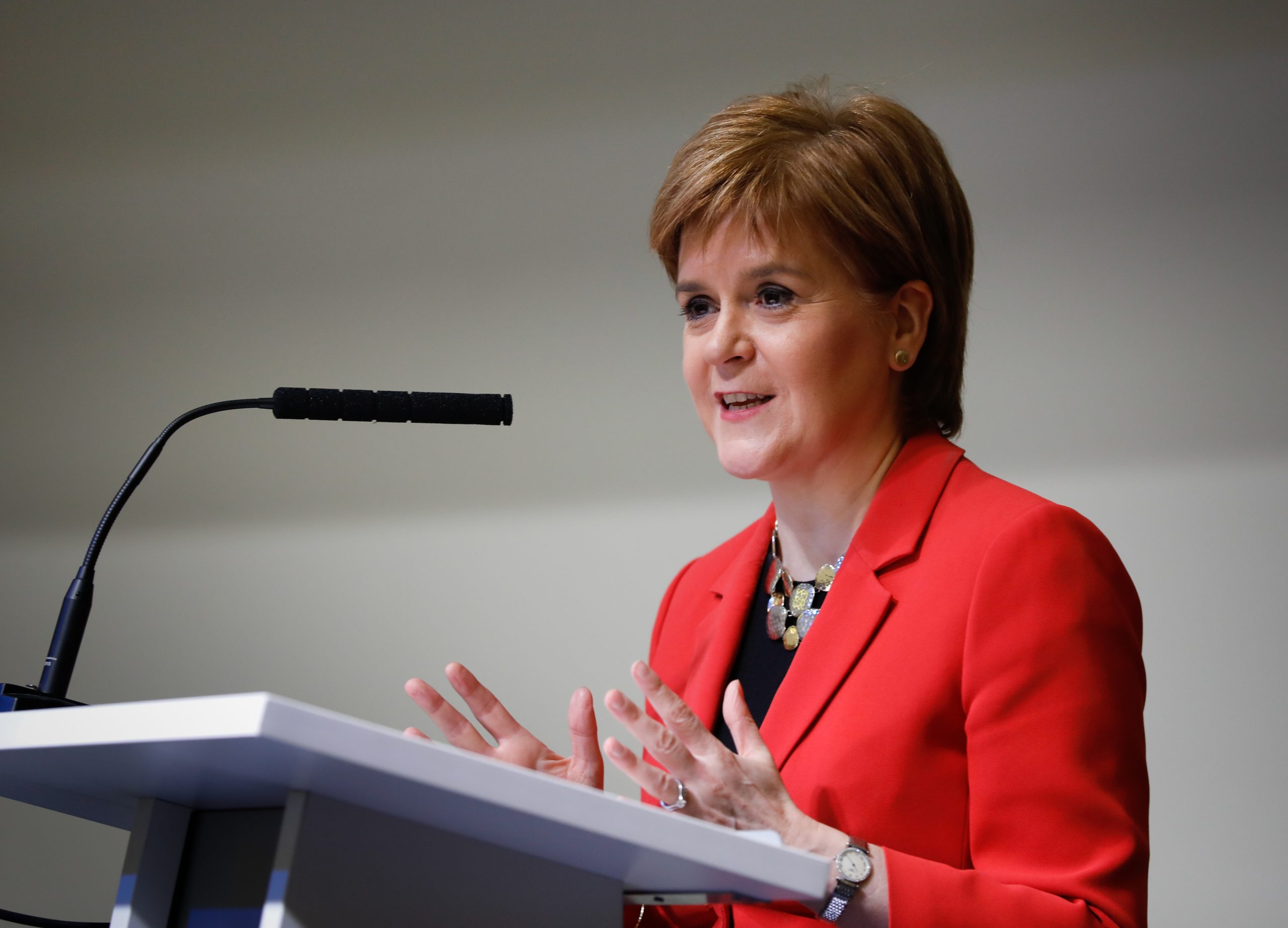 In a joint letter to the Lord Chancellor in March, the Scottish and Welsh governments both wrote: “Under the current constitutional settlement, the interests of the peoples of Scotland and Wales are best protected by retaining the Human Rights Act in its current form.”

They added: “Furthermore, as the Human Rights Act is fundamental to each of the devolution settlements of the UK, it would be a matter of the gravest concern if the UK Government was to contemplate acting in this area without the agreement of all of the UK’s national legislatures.”

The @ScotHumanRights have stated that the Government’s proposals to reform the #HumanRightsAct could “unsettle current devolution arrangements.” We’re asking them whyhttps://t.co/IlWex624Cz

The UK government’s consultation paper setting out its proposed reforms did not acknowledge that repealing the HRA could have implications for the Scotland Act 1998.

Recent differences with rights in Scotland

In Scotland, civil and political rights are protected by the Human Rights Act 1998 and in the Scotland Act 1998. The Scotland Act made provision for a devolved Scottish Parliament and Scottish government of ministers. These rights come from the European Convention on Human Rights (ECHR). Other rights are also recognised under international treaties which apply to Scotland. Most recently the following range of legislation was passed by the Scottish Parliament – these…. “broadly aimed to improve equality and human rights for different groups of people. For example, the extension of civil partnerships to mixed sex couples, a legislative objective to increase the number of women on public boards, pardoning men convicted for historical same-sex sexual offences that are now legal, and increasing protections around domestic abuse and Female Genital Mutilation.

The United Nations Convention on the Rights of the Child (Incorporation) (Scotland) Bill was passed unanimously. However, the UK Government referred the Bill to the UK Supreme Court for a ruling over its legislative competence. There has been no judgment on the case to date.

Over the last Session, the Scottish Government developed policies with the stated goal of improving the lives of a range of people under the broad aim to achieve a Fairer Scotland. These include strategies and action plans on race, disabled people, older people, and women”.

During the evidence session, Bolton explained how constitutional arrangements could be ‘unsettled’:

“If there is a change to the content of those rights, at least in terms of how national courts are interpreting them, there could be a knock-on impact in terms of what that means for the remit of the Scottish Parliament and the Scottish Government.”

Bolton added: “Not only would this involve legislating in a devolved area in terms of the implementation of human rights, but it could affect the remit to the competence of the Scottish Government and Scottish Parliament, giving another reason why consent ought to be sought and reforms should not be taken forward in relation to Scotland without that consent”.