For the last four years, International Women’s Day served as a painful reminder of the day Tanya Pinnock was stabbed by her ex-partner in a frenzied knife attack. But this year she is determined to celebrate the occasion with other domestic abuse survivors.

On Tuesday 8 March 2016, the mother-of-four was going to an “All Girls Rock” event at her north London university when she was ambushed by her ex-partner Carlington Francis.

Armed with a Stanley knife, he stabbed her multiple times in the face and hand. Francis is now serving a 21 year sentence for grievous bodily harm.

“It’s a big trigger for me. It’s not a day that I celebrate,” the 39-year-old told EachOther. “But this year I’m putting on an event for survivors. I just want to change the narrative and, you know, my feelings around that day. I am giving back.”

Since her attack, Tanya has dedicated her life to helping tackle what she describes as an “epidemic” of domestic abuse. Latest figures indicate that more than 1.3 million domestic violence and abuse cases were reported to the police in the year 2018/19. Only 60,160 resulted in convictions.

“After my attack, while I was being rehabilitated, I was having a deep think about what really I could do to ensure that young people don’t experience what I experienced,” she said.

Tanya is now a frontline practitioner working with young people and their families and is helping to shape her own north London borough’s strategy towards tackling violence against women and girls.

She has also set up “Strength of a Woman” – an Instagram and Facebook page which aims to empower women who have suffered violence and abuse.

Domestic abuse survivor Tanya Pinnock is now helping others like her. Credit: Unsplash

Tanya’s domestic abuse story begins long before the fateful attack which would change her life.

She traces it back to her childhood – where she remembers witnessing her dad being violent towards her mum, before she was eventually sent to a boarding school.

“I was quite adamant that any relationship I got in … I felt that I would know how to get out or recognise the signs very quickly of abuse,” she said. “But, in my head, I only had an awareness of physical abuse. So, if someone wasn’t physically abusive, then it wasn’t abuse.”

It is for this reason that she feels one of the key solutions is educating young people to prevent relationships becoming abusive in the first place. “Without education – how are young people going to be functioning in the world without having knowledge of what abuse is like and what is a healthy relationship,” she said.

On Tuesday (3 March 2020), the government reintroduced its Domestic Abuse Bill in Parliament. It will create a legal definition which includes economic abuse and coercive control – forms of abuse which do not involve physical violence.

In retrospect, Francis’ “bullying” nature became apparent early on in their relationship. He would insist on going with her to the GP, the dentist and would exert control over what she attempted to buy with her own money.

“The hairdresser just misinterpreted – ‘Oh, doesn’t he adore you and he loves you so much’ – obviously not knowing the fullness of what this is really about.”

I can’t stress how much it takes out of a victim to pick up that phone and call the police.

It was when Tanya became pregnant that the physical abuse began to start.

She spoke of how her body is covered in injuries from incidents she was too afraid to report to the police – and how she was coerced into using a different name when forced to go to the hospital.

On the occasions when she did report incidents – little happened.

“It was always: ‘We don’t have enough evidence that you know or it doesn’t meet the threshold to charge him, you know?” she said.

“I can’t stress how much it takes out of a victim to pick up that phone and call the police. If the response is not the right response, actually that could be life threatening to that victim. That is what is going to cause a victim not to pick up the phone the next time.”

The manipulative nature of perpetrators cannot be underestimated, she added. Francis could switch from being “bullying” to appearing a “pleasant man” by the time emergency services arrived.

Tanya eventually broke off the relationship – but she did not realise at the time that this is when she would still be at high risk. Data shows that more than half (61percent) of women killed by men in the UK in 2018 were killed by a current or ex partner.

A year before the attack, Tanya received an email threatening “to get rid of [her] pretty looks,” which she reported to her university and the police. Francis also allegedly broke into her house, stole her passport and children’s nappies and baby milk, among other incidents.

What could have been done differently? “We need to look beyond what we’re being presented with,” she said. “I know of cases where there has been a lot of coercive control, where you’ve not got bruises and all that physical evidence.”

She also feels judges would benefit from being trained in domestic abuse. “‘Domestics’ were viewed very differently to how it is now … if somebody had a ‘domestic’ it was their problem, the authorities weren’t interested,” she said. “Sometimes I feel like the system still views it in the same way.”

The government’s long-anticipated Domestic Abuse Bill has taken multiple twists and turns on its way through Parliament. Tanya, along with several charities, welcomes many of the legal changes it is set to bring.

These include outlawing economic abuse and placing a duty on local authorities to place victims of domestic abuse and their children within houses or refuges. It will also put a stop to perpetrators being able to cross-examine their victims in family courts.

“This bill will bolster our response to domestic abuse on every level – strengthening protections for victims, whilst ensuring perpetrators feel the full force of the law,” said the justice secretary Robert Buckland. “From giving courts greater powers through new prevention orders, to barring abusers from cross-examining their victim in the family courts, we are delivering a justice system more resilient than ever to tackle this horrific crime.” 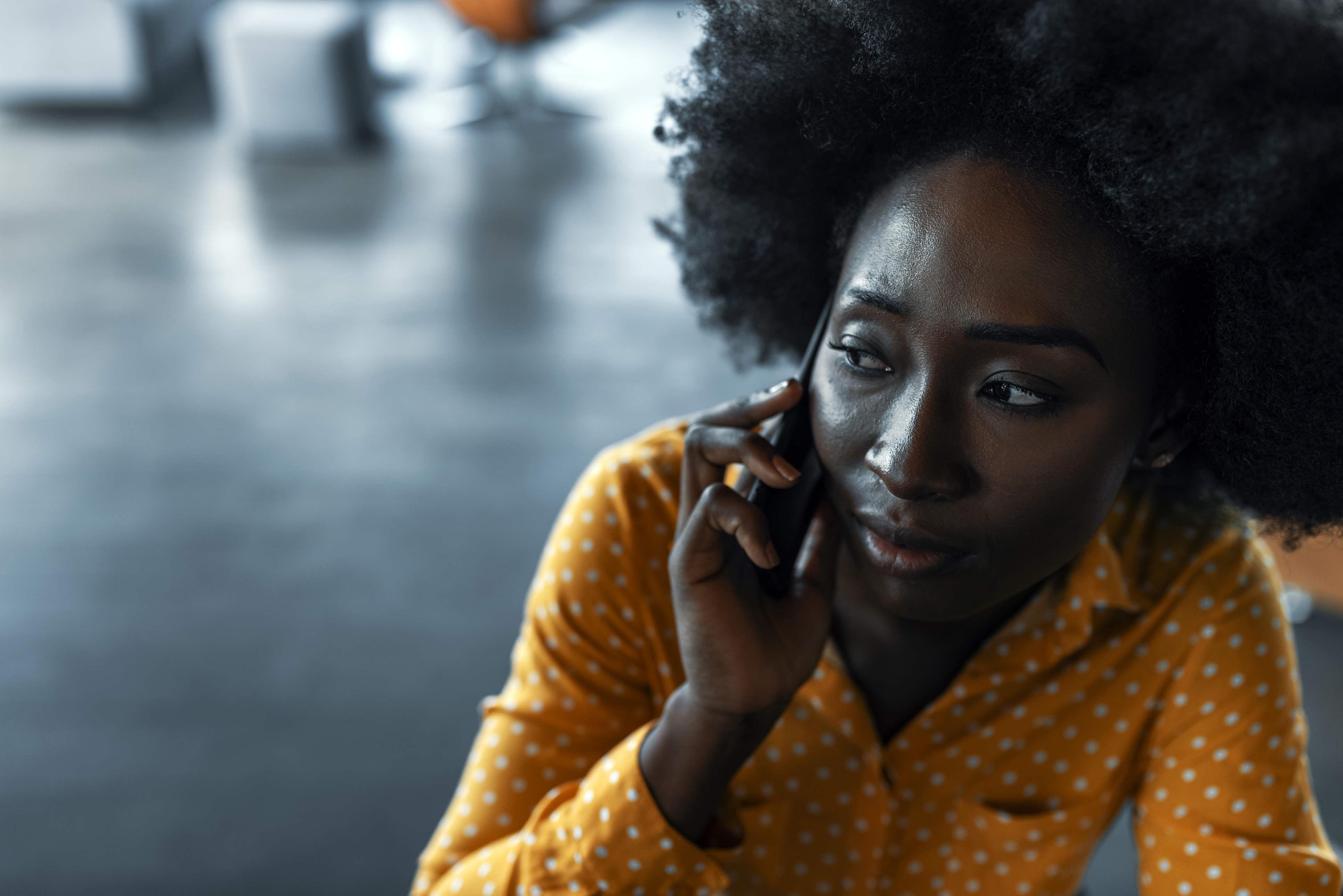 However, many argue that it does not go far enough to protect children and migrant victims.

“Women with insecure immigration status are more vulnerable to abuse and yet they are unable to report violence and seek justice without fear because there is currently no separation of immigration enforcement from police response to victims of crime,” Marchu Girma, deputy director of Women for Refugee Women, told the Guardian.

While Imran Hussain, policy and campaigns director at Action for Children, said it is vital the bills recognises a child as an “innocent victim and not just a witness”.

Tanya spoke of the importance of ensuring that domestic abuse survivors have “freedom of choice” in deciding where they live after they flee an abusive relationship.

“As much as refuges are safe havens … they can be re-traumatising for victims,” she said. “You’re in a house where there is a group of women and families who have all experienced multi-complex trauma and all together. I was in a refuge a couple of times and I left. It was just too much for me and it is not for everybody … it should not be the only option for victims.”

Domestic abuse infringes on many of our fundamental freedoms protected by the Convention of Human Rights. This includes:

‘Listen to your instincts’

Tanya’s strength and resilience is plain to see. After her attack she was back at university within three weeks and went on to complete her degree in education with a 2:1 – despite being encouraged to move to a different university.

But she is still taking her healing journey “one day at a time”.

Where is she now on this journey? “I am doing well,” she said.

She credits her strength to her children, her support network of family and friends, her therapist and mentors. She has also found healing in “sitting still and reflecting” – fighting the urge to busy herself to avoid painful memories.

“A big thing for me is knowing that I am helping others,” she added.

Asked what advice she would give to those who feel their relationship may be becoming abusive, she said: “Listen to your instincts. If you’re always frightened, something isn’t right. And if you feel it – listen to that.

She added: “For me, it’s so important to find somebody that you trust [who] you’re able to share with.

“It might not mean that you are ready to get help … but just so somebody knows and you can be supported through that process.”

She added that she has also been on the “flipside,” supporting others.

“Don’t ever put pressure on them, just let them know that you’re there alongside them on that journey … however they want you to be there,” she said.

“Just continue to empower them, planting that seed and eventually that seed will grow and they will leave that abusive relationship.”