“They were clearly a little embarrassed,” said headteacher Katie Barry, referring to two grandmothers who told her they were each unable to buy food using their free school meal vouchers. “You would be if you were stood at the till unable to pay for your shopping,” she added.

The grandmothers, both in their 50s, are the sole carers of two special educational needs pupils at St George’s Church of England Community Primary School in the Lincolnshire town of Gainsborough – an area which has pockets of high deprivation.

Barry said that one of the grandmothers was told by supermarket staff her vouchers, worth £15, could not be accepted because they only processed denominations of £10.

The other was told her vouchers could not be scanned from her phone but needed to be printed off – even though she lacked a printer.

Barry had initially hoped the voucher scheme could offer a safer alternative to the dozens of families who felt anxious about collecting hot meals from the school’s front gates amid the pandemic because their children have medical conditions, such as asthma and diabetes.

Despite improvements made to the voucher system in recent weeks by Edenred, the company that runs it, Barry described it as “horrendous”.

She spoke of how it took the school’s administrator three days to log in to an online portal to order the vouchers and a further three weeks for them to arrive. Families, with limited digital access, also faced challenges trying to log in. 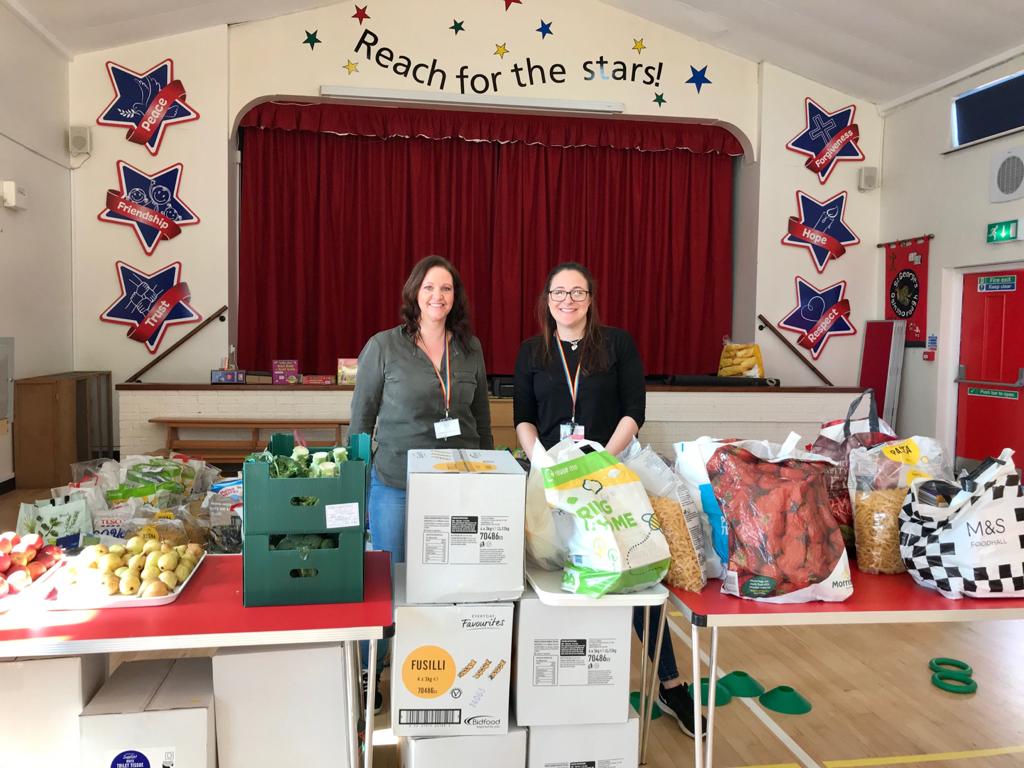 Despite these delays, Barry said that her pupils fortunately did not have to go hungry. The school has been distributing hot meals and hampers of food to children and their families who collect them from the school gates.

“We are basically a foodbank … My school hall now looks like a supermarket,” she said.

But she added that she knows lots of other schools relying “100%” on the vouchers. Pupils from those schools “can’t easily have gone three weeks without having any,” she said.

Her fears are supported by a report from Human Rights Watch (HRW) published on Thursday (28 March).

The NGO found that the government’s “flawed” national voucher system and other “ad hoc initiatives” have left children in England without essential meals – despite the efforts of schools, councils and charities to plug the gap.

The reopening of primary schools to some pupils from Monday (1 June) is unlikely to bring an end to the problems this system is creating for many of the nation’s most disadvantaged children.

A report by the National Foundation for Education Research estimates that nearly half (46%) of parents in England could continue to keep their children home as fears of the virus continue. This figure rises to 50% among schools with the highest proportion of children on free school meals in the north west of England.

HRW is calling for the UK government to take inspiration from alternative systems employed in Scotland, Northern Ireland and Wales to reform its voucher scheme and ensure children do not go hungry,

Despite efforts by the voucher provider to fix problems, he said: “I’ve ordered 300 vouchers successfully, but only about 50 have been received by families so far.

“The links the families get by email don’t work. Or worse, they get the vouchers and can’t use them at the supermarket.”

Maya Wittleton, head teacher at Avonmore Primary School in west London, said she was concerned about how the scheme would work in a community where 65% of the children come from families for whom English is not their main language.

“A lot of parents couldn’t work out the voucher system because of limited English or computer access. So they’re coming to the school to try and log in, with staff translating,” she said.

“These families are struggling anyway, some have traveled from conflict situations or lived through Ebola outbreaks. Asking for food like this is revisiting their trauma. It’s genuinely distressing both for the families and school staff.”

The flawed scheme has resulted in schools and individual teachers having to use their own funds to buy alternative vouchers or food for food parcels, HRW found.

It added that there is confusion around whether the government will be fully reimburse them for the costs of ensuring children have enough food if the electronic voucher system fails.

The Department for Education (DfE) issued guidance on 7 April suggesting it would not refund schools which opt to buy food or purchase other vouchers after the national voucher scheme was introduced on 31 March.

This has left some schools in the most deprived areas feeling like they have “no option other than” to choose the voucher system – even though they do not work for many families – or face financial risk.

“The government’s failure to properly ensure all pupils had sufficient food as soon as it closed schools means children have been going hungry,” said Kartik Raj, HRW’s western Europe researcher.

In contrast to England’s approach, education authorities in Wales, Scotland and Northern Ireland are providing funds for meals through bank transfers, as well as providing food parcels to replace the free school meal system during the crisis.

HRW said that this system has enabled poor families to be provided with food “more quickly, effectively and in a more dignified manner.” 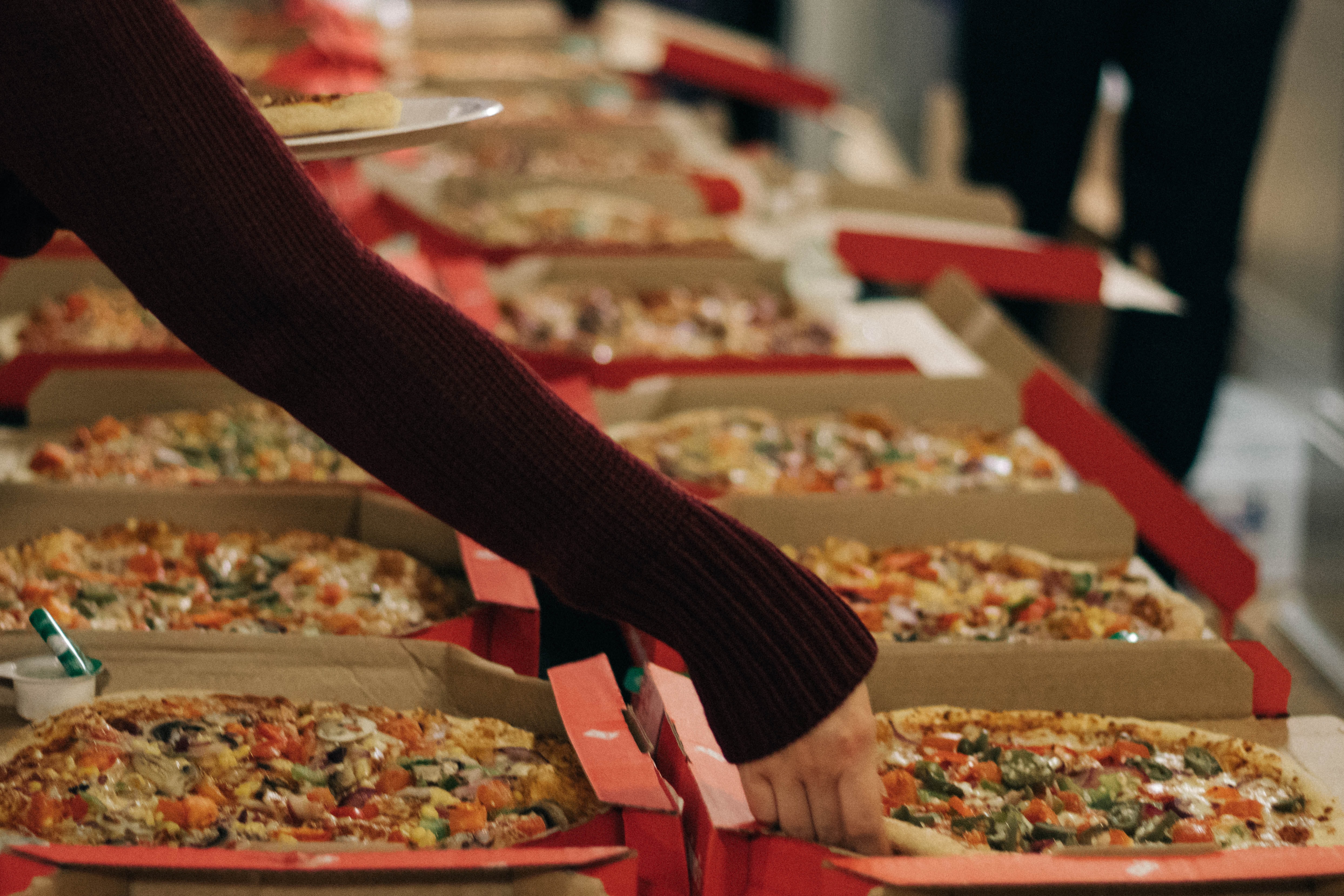 The Government did not ensure pupils had sufficient access to food. Credit: Unsplash

A DfE spokesman said: “During the coronavirus pandemic, we are encouraging schools to work with their catering team or provider to prepare meals or food parcels for families. Where this is not possible, we have launched a national voucher scheme. This scheme is delivering at a significant scale for thousands of schools.

“Significant improvements have been made to the system to ensure that parents and schools are not experiencing delays.

“As of Wednesday 27 May, Edenred has reported that over £110 million worth of codes has been redeemed into vouchers by schools and families through the scheme.”

a London charity to help single parents on low incomes.

The Trussel Trust has a nationwide network of foodbanks

Economic / 15 Jul 2019 Here's What The Government Must Do If It's Serious About Ending Holiday Hunger
Family / 3 Apr 2020 Children Will Go Hungry Without Coronavirus Voucher Reform
Disability / 24 Mar 2020 Coronavirus Bill 'Downgrades' Council Support For Disabled People
Health / 11 Mar 2020 ‘I Am Worried’: Homeless Amid The Coronavirus Pandemic