Reviewing Our Rights As 2022 Gets Started: Race

Throughout 2021, EachOther reported on human rights issues across the UK, including those affecting people on account of their characteristics protected under the Equality Act. To usher in the new year, we are highlighting the issues that are particularly affecting five such groups in UK society, looking forward to the opportunities 2022 might afford them and the challenges the year ahead might pose. In this mini-series, we focus on these five of the nine protected characteristics in the Equality Act: race, sex, sexual orientation, disability and religion.

People who are a part of an ethnic minority in the UK often face human rights abuses and systemic racism remains an insidious problem in many aspects of British life. For our first feature in this series, we consider the issues which threaten the rights of ethnic minority groups in the UK as we head into 2022.

According to the Equality Act, race can refer to a person’s colour or nationality, as well as their ethnic or national origins, which may not be the same as their current nationality. People from ethnic minority backgrounds make up about 14% of the population of England and Wales and multi-layered racism impacts people at work, on the street and in other aspects of their lives every day. 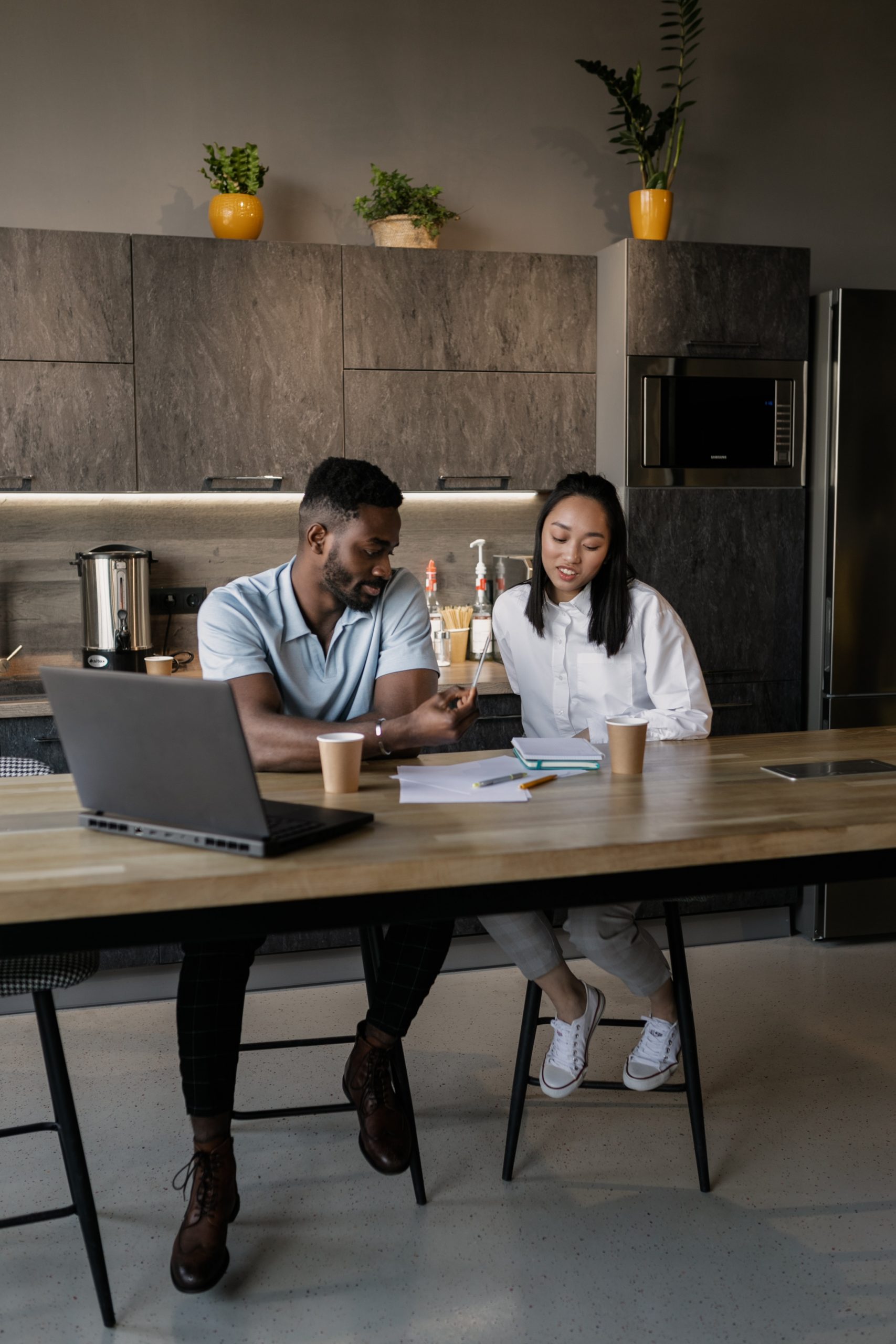 “A particular loss this year [2021] was the publication of the Sewell Report by the government, downplaying the impact of racism and racial inequality on minoritised communities,” said Leandra Box, programme manager for the Race Equality Foundation, a non-profit organisation that uses evidence of discrimination and disadvantage to help overcome barriers to racial equality. “It was condemned roundly by equalities organisations, academics and the voluntary, community and faith sectors.”

The presence and endurance of racism in UK society is a fact and protecting ethnic minorities from continued discrimination is crucial to safeguarding their human rights. Just as with all of the other protected characteristics this series will cover, it would be impossible to include every single threat to the rights of ethnic minority groups, so we have narrowed down to focus on a handful of significant areas.

How were the rights of people from ethnic minorities groups in the UK impacted in 2021? 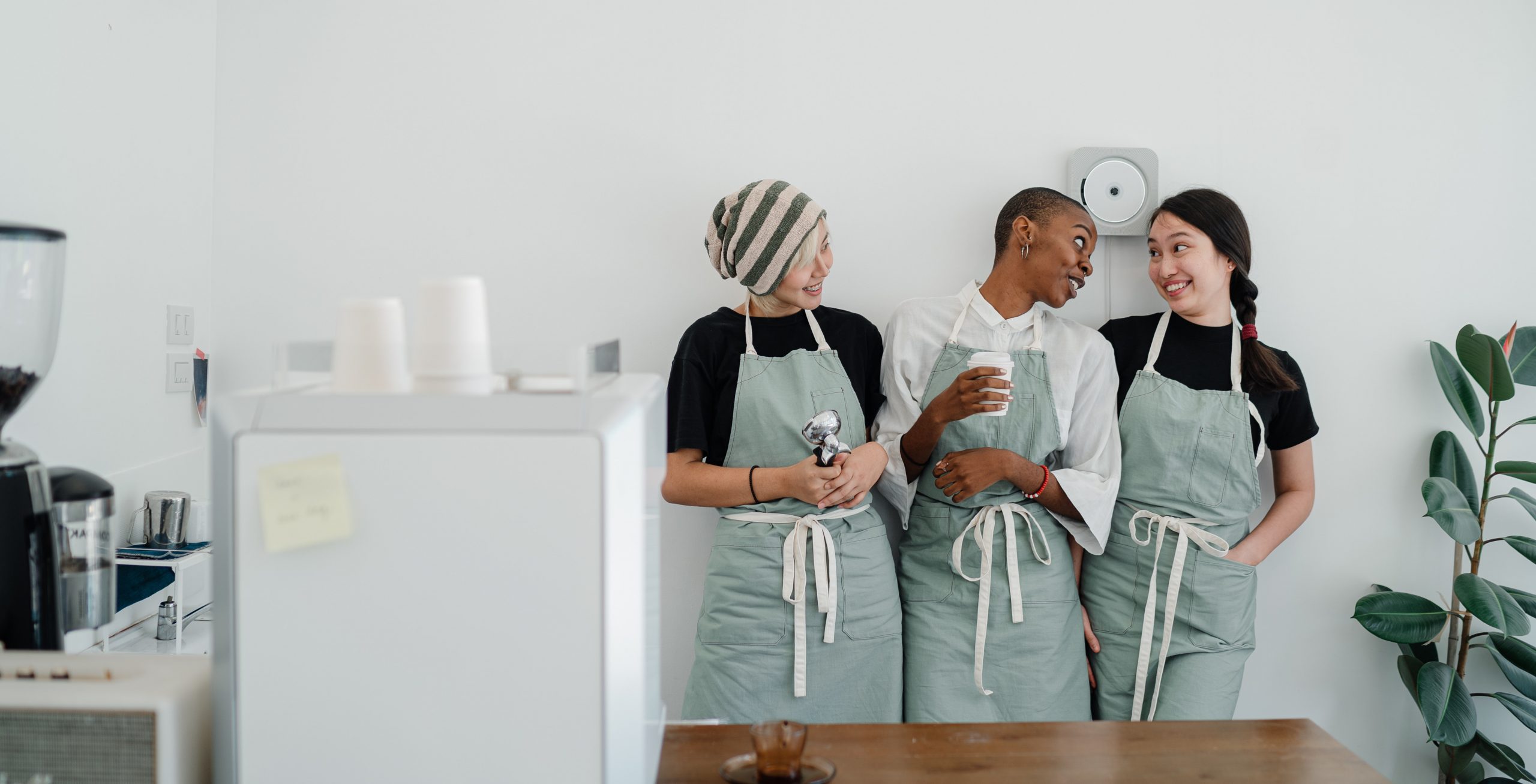 Throughout 2021, ethnic minority groups’ right to freedom from discrimination (enshrined in Article 14 of the Human Rights Act) as well as their right to life (Article 2), were repeatedly endangered in the UK.

Health inequalities were significantly exacerbated by the impact of the coronavirus pandemic, with men and women from Black Caribbean and Black African backgrounds remaining at elevated risk throughout the second wave. In 2020, the Race Equality Foundation forewarned that ethnic minority groups would likely be disproportionately impacted. They were proven right, with mortality rates among some Black and Asian groups being between 1.8 and 5.0 times higher than white groups.

“We saw reports confirming the disproportionate impact of Covid on both patients and healthcare staff from Black, Asian and minority ethnic backgrounds, and we know the staff from these groups were more likely to be working on Covid-specific wards,” said Box. “Health inequalities extend beyond Covid: we continued to see Black women experiencing much worse outcomes in pregnancy and childbirth, with some evidence that action to address this longstanding inequality has only been partially implemented.” 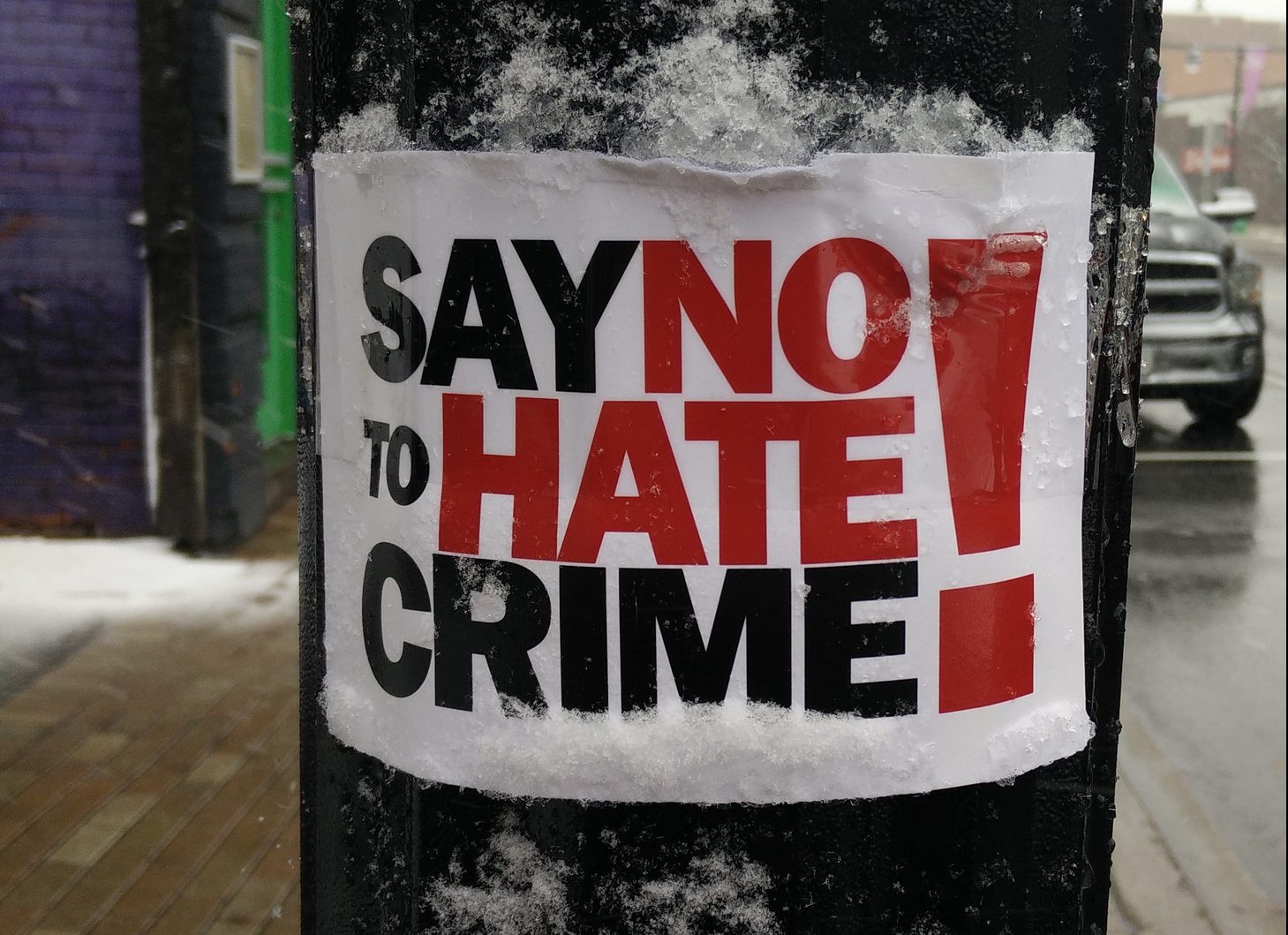 Another area in which the rights of ethnic minority groups are at risk is criminal justice. People from ethnic minority groups, especially young Black men, are disproportionately stopped and searched by police in the UK. Use of these powers increased by 24% in 2020/2021 and looks set to continue at heightened levels into 2022. The same groups are also over-represented in prisons, making up approximately 26% of the prison population, according to the Prison Reform Trust.

“The most recent statistics still show an over-representation of minority ethnic groups – particularly Black individuals – in the system compared to the population, pointing to deep layers of disadvantage and discrimination embedded in our systems,” explained Box. “Reports have also revealed a lack of impetus to improve and deliver better outcomes for Black and mixed-race boys in the youth justice system.”

Highlighting the key issues faced by ethnic minority groups in the UK, Race Equality First pointed to the Home Office’s authorisation of the use of Section 60 powers, which allow for ‘suspicion-less’ stop-and-searches under the Criminal Justice and Public Order Act 1994.

“Although this was rolled out in 2019, it continues to impact on ethnic minority people’s rights, as the power enables the police to search anyone in a given area for a set period of time, even if they have no reasonable grounds to suspect that person has committed a crime,” said Aliya Mohammed, CEO of Race Equality First, a leading body tackling hate crime and discrimination in Wales. “There is great concern that this contributes to pronounced racial bias, as ethnic minority people are disproportionately stopped and searched by the police.”

Additionally, rates of reported hate crime increased by 9% since the start of the pandemic, especially against people of Asian or Pacific Islander ancestry, directly violating ethnic minority groups’ right to freedom from discrimination. Last March, the charity Victim Support highlighted a significant increase in hate crime referrals, with 514 race and nationality-related offences reported to them the week after lockdown restrictions eased. 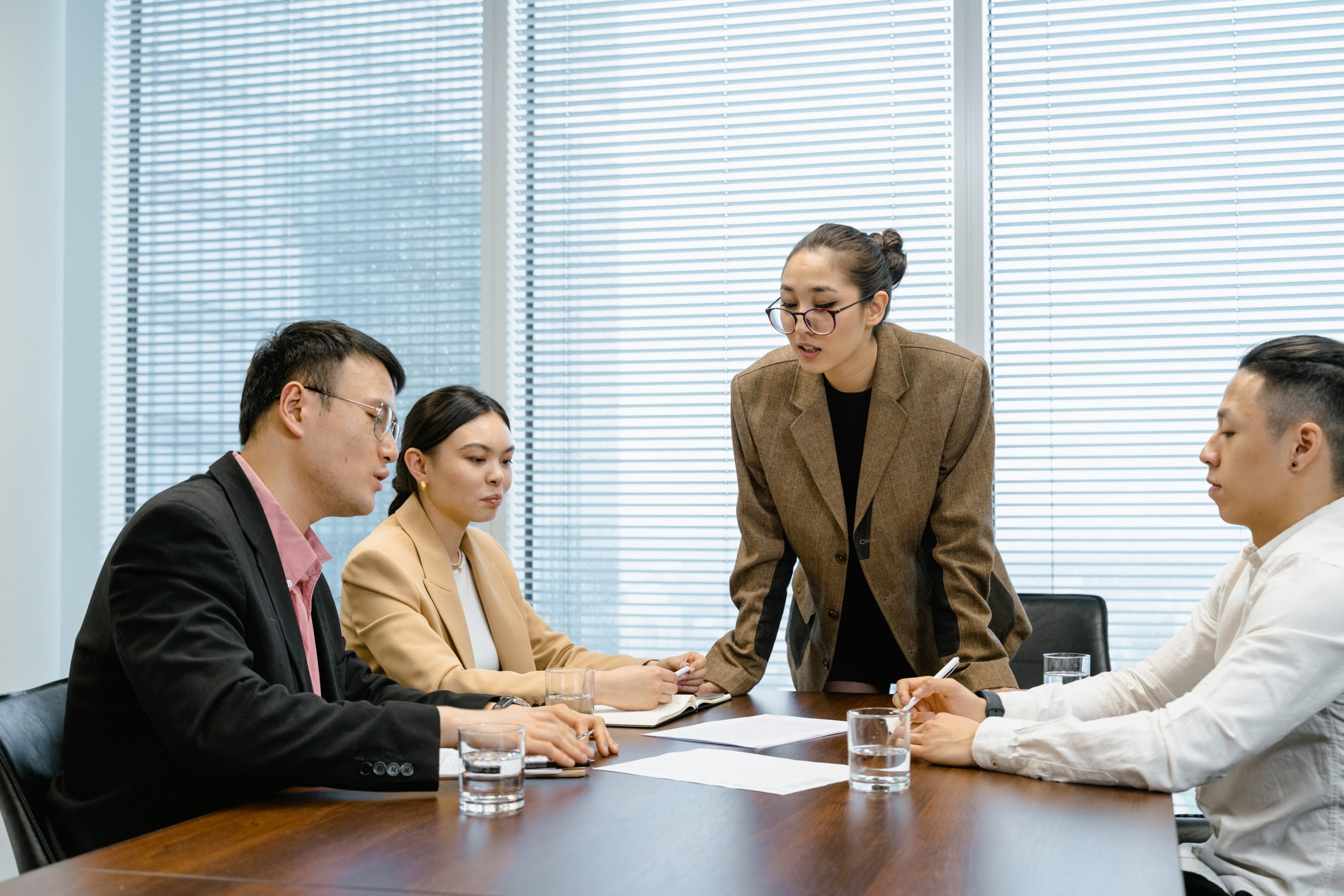 Another area in which ethnic minority groups’ rights are still being threatened –  specifically, the right to an adequate standard of living protected in the International Covenant on Economic, Social and Cultural Rights – is housing.

“Black and Asian people are more likely to live in deprived neighbourhoods, in poorer and overcrowded housing, have higher unemployment and lower incomes than their white counterparts,” said Box. “The luxuries of working at home during the pandemic is just not an option for many in insecure zero-hour contracts and in the kinds of jobs that were an essential part of our national infrastructure.”

A report published by Joseph Rowntree Foundation in September also revealed that a quarter of Black, Asian and minority ethnic workers, excluding Indian workers, pay unaffordable housing costs compared to just 10% of white workers. One in five ethnic minority households live in unaffordable housing, which is double the national average for white households.

How were the rights of ethnic minority groups protected in 2021? 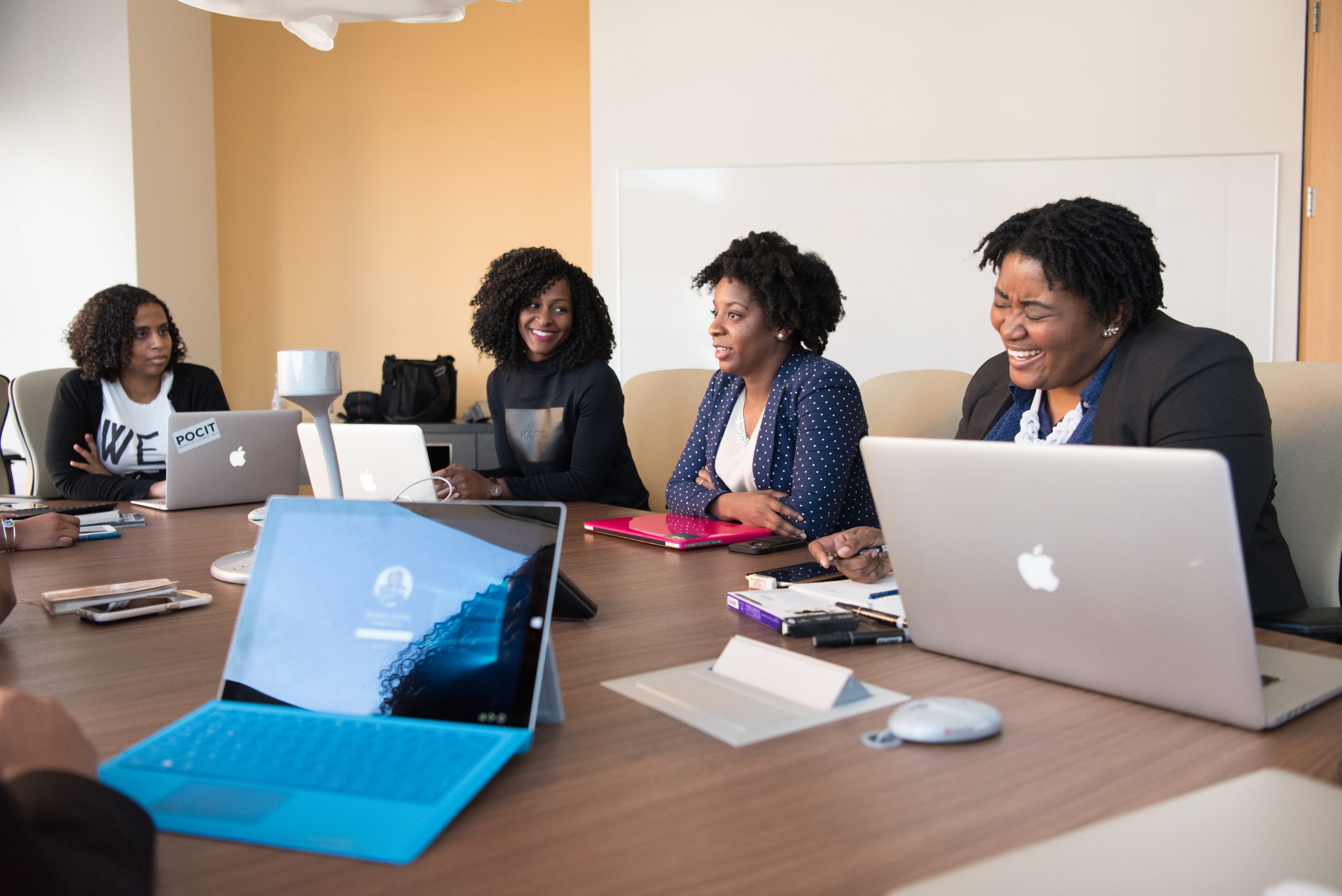 While ethnic minority groups’ rights came under pressure from many sides, there were some ‘wins’ in 2021 too. Notably, the topic of racism was covered more extensively and occupied a higher profile in the public eye.

“The prosecution and sentencing of Derek Chauvin for George Floyd’s murder was a relief for many,” said Box. “However, in the UK, the more practical changes resulted in the removal of statues, the beginning of conversations to return artefacts from museums to their countries of origin and decolonising the curriculum in schools and were an indication of a greater shift.”

“Several polls this year have seemed to indicate a greater acknowledgement of racism and a desire in popular culture to change this; whether this has been white and Black footballers alike in the England Team taking the knee, or Lewis Hamilton’s pronouncements in Formula One.”

In contrast to their failure so far to incorporate the ICERD into Welsh law, the Welsh government did enact Sections 1 to 3 of the Equality Act. Sections 1 and 3 are known as the ‘socioeconomic duty’, which requires public bodies to enact policies that effectively reduce inequalities connected to socioeconomic disadvantage.

Mohammed explained: “The duty [of the Welsh government to enact the Equality Act] puts tackling inequality at the heart of decision-making and aims to improve decision-making within public bodies – and consequently, outcomes for socially disadvantaged people. This is particularly important given the clear link between poverty and race.” 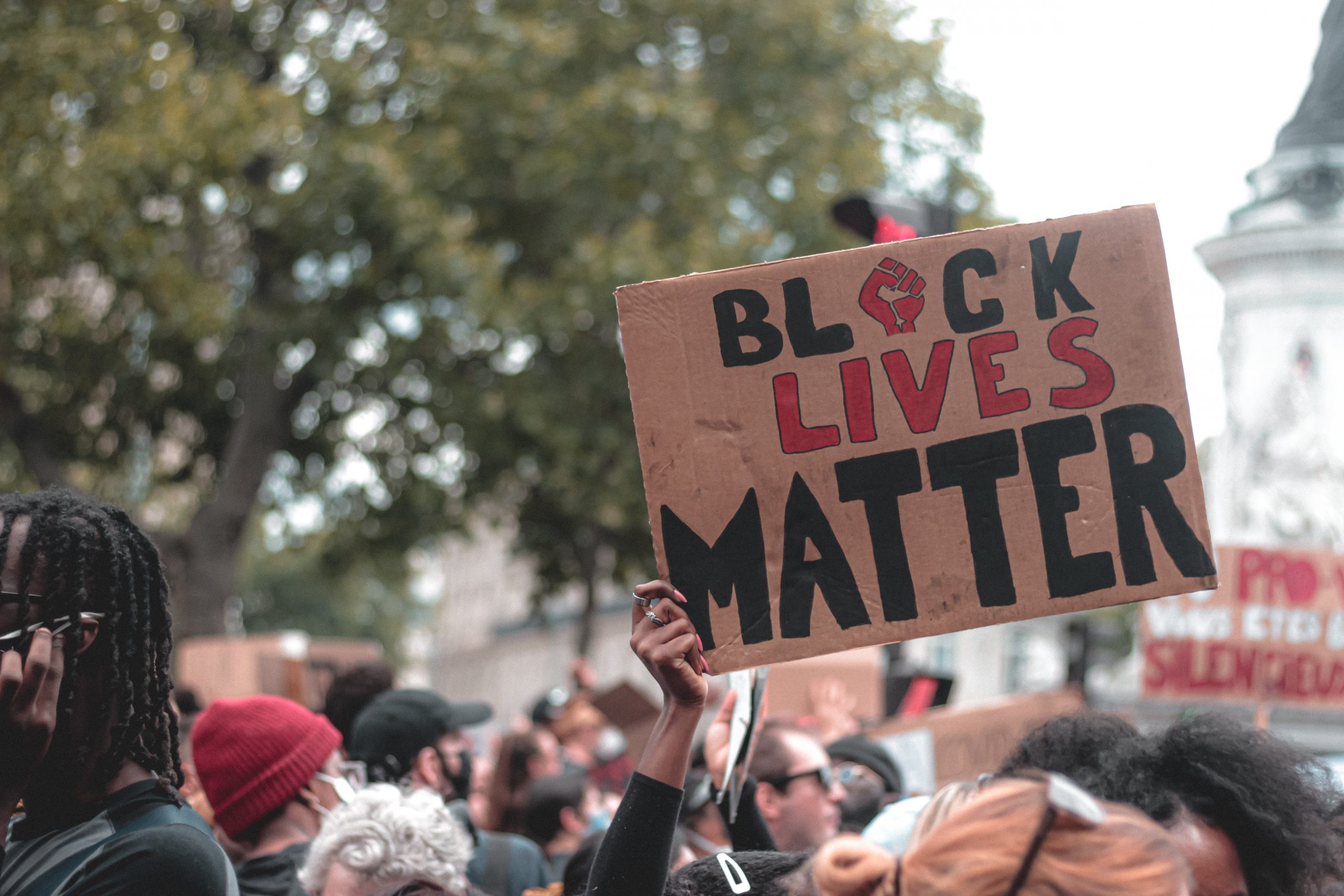 No one can predict the future, but there are significant pieces of legislation set to pass in 2022 that will endanger the rights of ethnic minority groups.

Most pressingly, the Nationality and Borders Bill – particularly Clause 9, which seeks to empower the government to remove people’s citizenship without the requirement to notify them – has been identified as a significant threat,  particularly to ethnic minority groups. Presently going through its second reading in the House of Lords, the Bill has drawn widespread criticism for its attempt at overhauling the immigration system, which could threaten multiple human rights, including the right to life as a result of associated “push back boats” policies.

Rights abuses that came to the fore of public attention in 2021 also remain problematic as we enter 2022, such as increases in hate crime and the seeming deprioritisation of missing Black people.

In 2022, the Race Equality Foundation is continuing its work on multiple fronts, including addressing racial inequalities in mental healthcare.

“The need to address mental health is pressing and our involvement in the NHS’s Advancing Mental Health Equalities Taskforce will be key to this, alongside a focus on mental illness and health checks,” said Box. “We will continue to press the role of the voluntary, community and faith sector in providing accessible and appropriate services and support to Black and Asian communities, and argue for resources to be allocated with this in mind.”

Box added: “Overall, a key priority for us in the coming year will be to continue to support those organisations that are acting as a bulwark against the attack on rights.”

Through the advocacy of individuals and charitable organisations and through grassroots activism, UK society can make progress towards a future free from racial inequality, but there is a long way to go before racism is relegated to the history books.