Last month, Parliament passed the controversial Police, Crime Sentencing and Courts (PCSC) Bill. The Act, which will soon become UK law, contains a new criminal offence: a person sleeping in a vehicle – even temporarily – without permission from the land’s occupier could now be arrested.

Before the Police, Crime Sentencing and Courts Act, sleeping on land without permission was a civil offence unless criminal damage was caused. When the Act becomes UK law, those who have breached the law could face three months in prison or face a fine of up to £2,500.

According to Leilani Farha, the former Special Rapporteur on the right to adequate housing, criminalising homeless people for trespassing could amount to ‘cruel, inhumane and degrading treatment’ and could violate Article 7 of the International Covenant on Civil and Political Rights‘.

Farha said that countries should prioritise giving homeless people access to basic shelter and housing to meet their obligations under the International Covenant on Economic, Social and Cultural Rights. 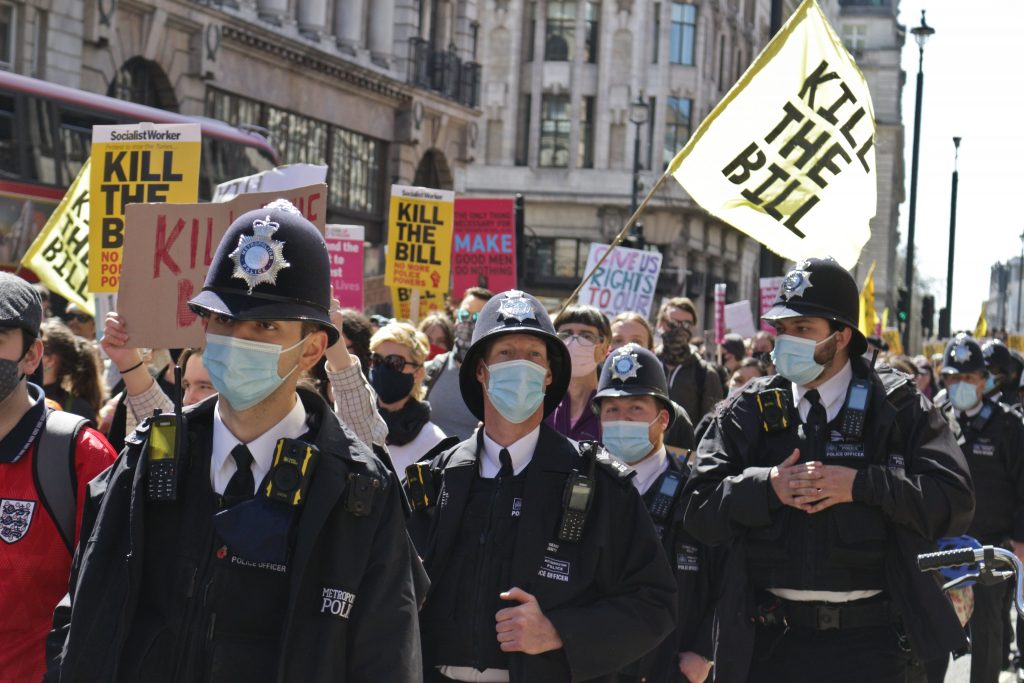 Homelessness charity, Shelter said that the legislation would: “Put homeless people at risk of criminalisation, purely because they are homeless”. Shelter have since called on the Government to halt the legislation.

Speaking to EachOther, Shelter added: “The legislation puts any homeless person who resorts to living in a car, van or other vehicle – or indeed has a vehicle parked near where they may be sleeping rough – at risk of arrest and imprisonment if they have been asked to leave by the landowner or police.”

“It is penalising the most vulnerable people in society,” said Nazia Ansari, a volunteer with the community group Leeds With the Homeless. “We support families with small children, refugees and people who have lost everything due to financial issues. We have people who sleep rough in abandoned buildings. It’s a case of wherever you can find shelter when you’re a homeless person.”

For some sleeping in a car is sometimes the only option for a rough sleeper. Many of those in the sector, like Ansari, have criticised the government for introducing these measures at a time when the cost of living has become a national crisis.

Ansari told us: “Criminalising people makes us feel hopeless. We are doing everything we can to help people but it’s the Government’s job. This Act further penalises homeless people with fines and imprisonment when they’re already at their lowest ebb. The Act is not helpful in any shape or form. We should be doing more to provide shelter and access to information and support.”

Standing in solidarity with @Drive2Survive3 today – we @Shelter are calling on the government to scrap the PCSC Bill, which risks criminalising homeless people and GRT communities #PolicingBill pic.twitter.com/yqhZ4GHQAZ

Chris Thomas, a spokesperson for Porchlight, a charity which supports homeless people in Kent and Medway, called the legislation “scandalous”.

Thomas stated: “Sleeping in a car or tent because you are homeless could now be deemed a criminal offence. People who are already desperate could end up in a worse position, all because they are unable to move on from the spot where they are staying. They need to be helped, not punished with fines they have no way of paying and even the threat of imprisonment.”

Thomas also explained that the legislation counteracts the government’s plans to revoke the Vagrancy Act, which it stated it would when the government entered into a consultation on “levelling up” in April. Last month, the government called it a move to “end rough sleeping for good”.

Thomas stated: “This also throws the government’s plans to repeal the Vagrancy Act into question. It’s undoubtedly great news that this outdated law, which criminalises rough sleeping, is likely to be scrapped. But we know that the government is considering laws that can be introduced in its place to reduce begging, and it’s vital that these are designed to support people instead of criminalising them.”

Members of the Gypsy, Roma and Traveller community have said that they feel that their way of life has been directly targeted and feels like a crack down on so-called “unauthorised encampments”.

Speaking in a Parliamentary debate on amendments to the Bill, Anne Mclaughlin MP stated: “I am disappointed that the only amendments to part 4, on unauthorised encampments, appear to be technical clarifying amendments that do nothing to row back on the measures expanding the criminalisation of trespass and the accompanying police powers. Again, this is an area where existing powers are available to the police. This is more to do with targeting a minority than targeting trespass.”

Groups such as The Outside Project have also spoken out about the highly controversial legislation, stating that it will give police the power to seize vehicles and destroy them:

The PCSC bill will create a new trespass offence that criminalises the way of life of people who are homeless and the Gypsy and Traveller communities. It will also give police the power to remove and destroy their vehicles. pic.twitter.com/cODt9ZR5wa

In a policy paper, the Home Office stated: “The government’s view is that criminalisation of intentional residence on land without consent and the extension of existing powers in the 1994 Act (the Criminal Justice and Public order Act) will provide police with sufficient powers to effectively and efficiently enforce against a range of harms caused by some unauthorised encampments. The offence and strengthened police powers could also deter unauthorised encampments from being set up in the first instance.”

Is something happening in your local community which puts people’s rights at risk? We are keen to hear your stories and experiences so we can amplify voices from across the UK, helping to ensure they do not go unheard. If something is happening in your community that relates to human rights, drop us a line at editorial@eachother.org.uk

We strive every day to give people struggling with bad housing or homelessness the help they need, through our advice, support and legal services.

We are the national charity for people experiencing homelessness. We help people directly out of homelessness and campaign for the changes needed to solve it altogether.

If you or someone you know is homeless in England, use this page as a starting point to find the support you need.

What charities are fighting homelessness in the UK