General Election: What Does The Result Mean For Our Human Rights?

Prime minister Boris Johnson secured a landslide majority in Thursday’s general election, while the SNP triumphed in Scotland. What does it mean for our human rights? EachOther examines.

It is a result that casts uncertainty on the future of the Human Rights Act, with the Conservative party having made a vague pledge in its manifesto to “update” it. Human rights groups have warned that this is a veiled attempt to water down the protections it offers.

The SNP’s gains have meanwhile given more fervour to its calls for a second independence referendum, which could also have implications for the rights of those living around the UK.

The Conservative party has gained its biggest majority in at least three decades. This means that it is unlikely to face many significant obstacles in forcing its proposals through parliament.

Labour’s seats were dramatically reduced while Liberal Democrat leader Jo Swinson was one of the biggest casualties of the night, losing her Dunbartonshire East seat to the SNP.

Here’s EachOther’s rundown on the what the result could spell for our rights. 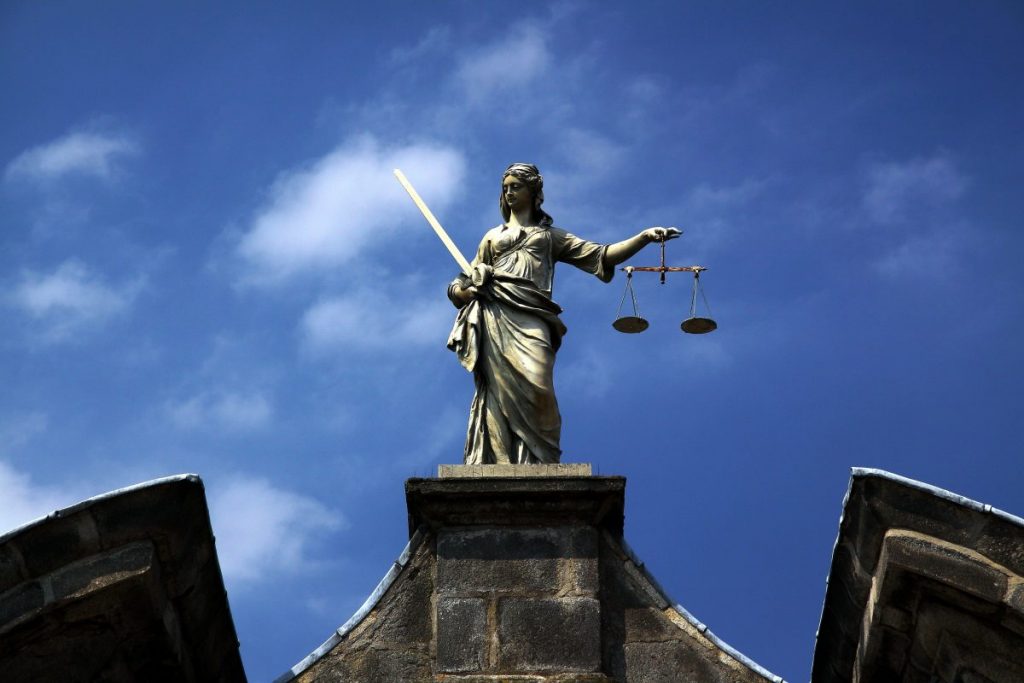 The Conservatives’ manifesto contains a commitment to “update” the Human Rights Act to ensure there is “a proper balance between the rights of individuals, our vital national security and effective government”.

Modifications to the Act will be proposed by a “Constitution, Democracy and Rights Commission” (CDRC) which the party has promised to convene within one year. However, its recommendations will not be looked at until “after Brexit”, according to the manifesto.

This proposal appears to mark a change from the party’s 2015 manifesto pledge to scrap the Act altogether and replace it with a British Bill of Rights. Instead, the party will retain and modify it.

Current indications suggest that Act would be made weaker, rather than stronger. Last month, the party promised to amend the HRA to prevent British soldiers facing legal claims over alleged historic human rights abuses which took place before the law came into effect in 2000. PM Boris Johnson also vowed to rewrite human rights laws in the wake of the London Bridge attacks in which two young graduates were killed.

Other parties – including Labour, the Lib Dems, the Greens and the SNP – had pledged to protect the Human Rights Act and guard against any attempt to undermine it.

The Conservative party also promised to ensure that judicial review – the means through which the courts assess the lawfulness of decisions made by public authorities, often in relation to human rights – is “not abused to conduct politics by another means or to create needless delays”. How the government tries to achieve this will also be based on recommendations by the CDRC.

On Tuesday, EachOther published exclusive poll results indicating that 88 percent of people in the UK believe human rights must protect us all, equally.

In response, Nadia O’Mara, Policy and Campaigns Officer at human rights group Liberty, said: “The Human Rights Act has helped countless people defend and uphold their rights. Any new attempt to undermine how people can use it would be met with fierce resistance.” 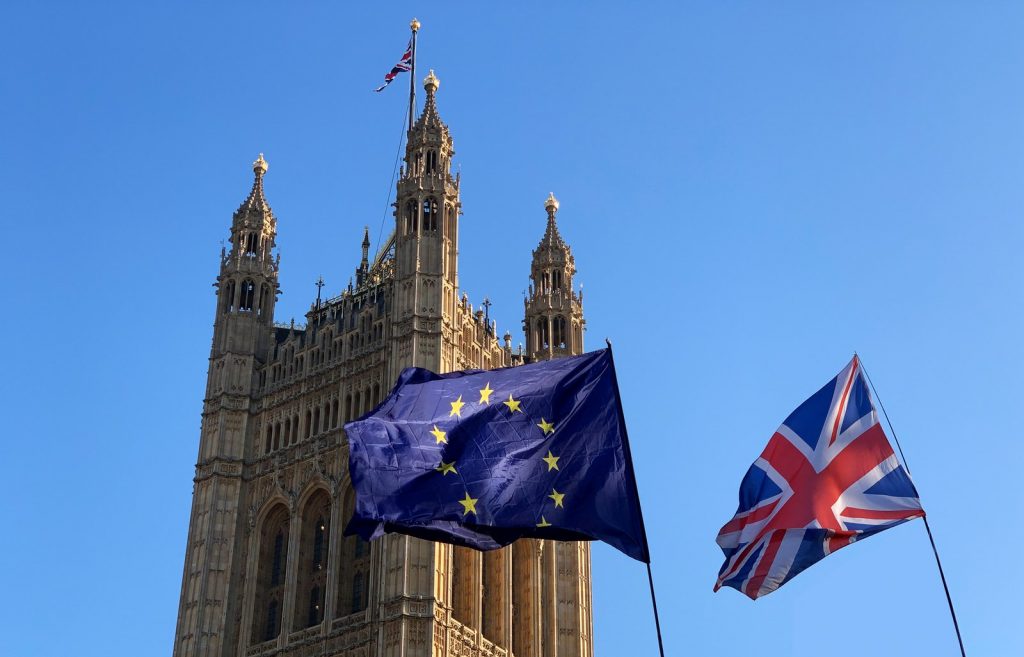 The European and UK flags blow in the wind outside parliament. Image Credit: Christoph Scholz / Flickr.

PM Johnson pledges to leave the EU by January 31 under the new deal he negotiated, by ensuring parliament approves it before Christmas.

How exactly we leave the union raises a number of rights issues including free movement, workers’ rights, environmental protections and peace in Northern Ireland.

Johnson’s deal avoids hard border in Northern Ireland, which would risk disrupting the fragile peace there.

However it will also see the EU Charter Fundamental of Rights scrapped. This charter repeats the human rights protections included in the European Convention on Human Rights – which is a completely separate framework to the charter, and which the UK will continue to retain following Brexit – but adds a number of additional protections, including:

The deal will also see an end to the right to freedom of movement between the UK and EU after the transition period ends on 31 December 2020, unless this period is extended.

Finally, the deal will also means the UK is no longer be legally bound to EU regulations around worker’s rights and social and environmental protections, which are known as the “level playing field” commitments. 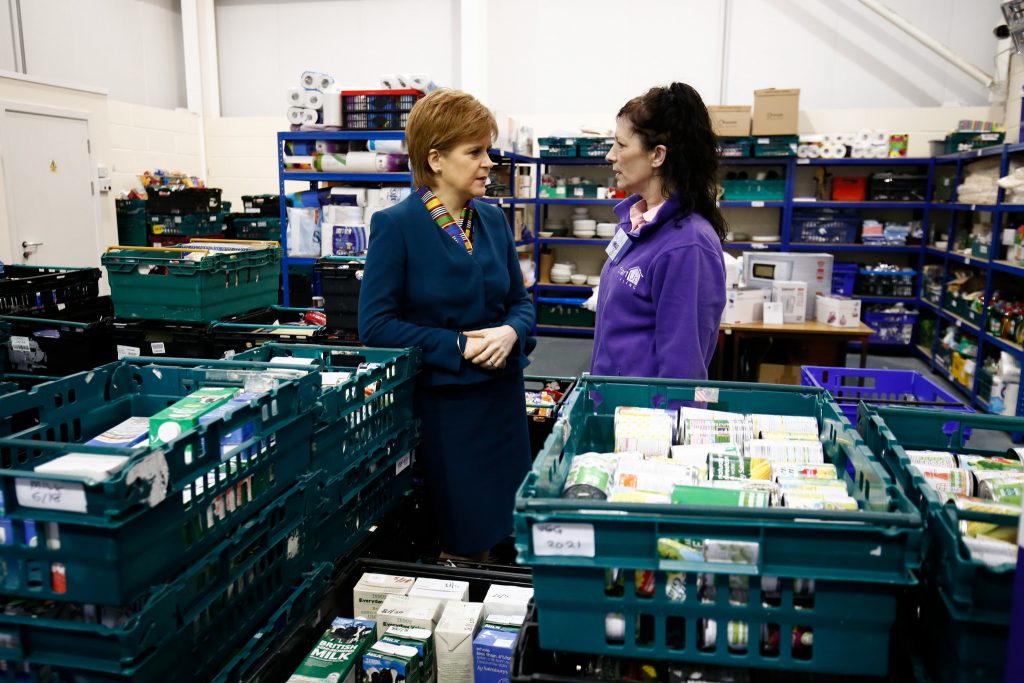 PM Boris Johnson has ruled out holding a second referendum on Scottish independence. However, the SNP will argue that there is a mandate for one following the gains they have made, coupled with the fact Scotland voted overwhelmingly (62 percent) to remain in the EU.

The SNP believes “the best future for Scotland is to be an independent, European nation”. In this event, Scotland would presumably retain free movement, the Charter of fundamental rights, and EU regulations around workers’ rights and environmental protections. What this would mean for the rest of the UK is far less clear. 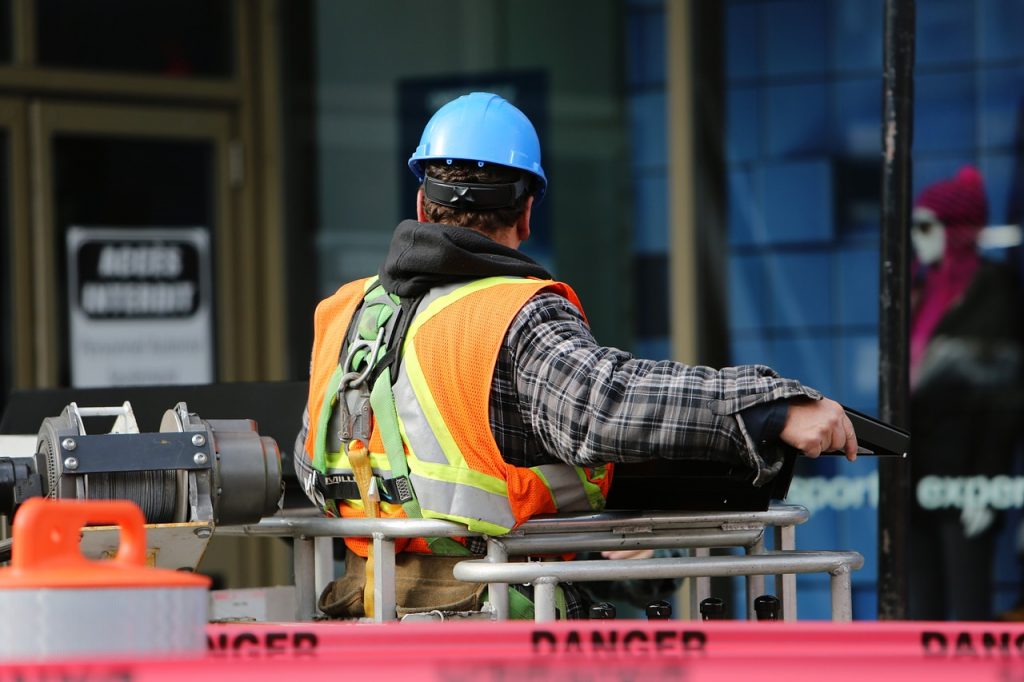 While dropping the level playing field commitments, the Conservative manifesto includes a pledge to “legislate to ensure high standards of workers’ rights” after leaving the EU.

It has also said it will create a “single enforcement body” to “crack down” on bad bosses abusing employment law as well, as ensuring workers have the “right to request and more predictable contract”.

The party has also promised to allow parents to take “extended leave for neonatal care” and make it easier for fathers to take paternity leave.

It includes in its manifesto a commitment to reducing the disability employment gap and will introduce a Police Protection Bill to double the maximum sentence for assaulting emergency service workers. 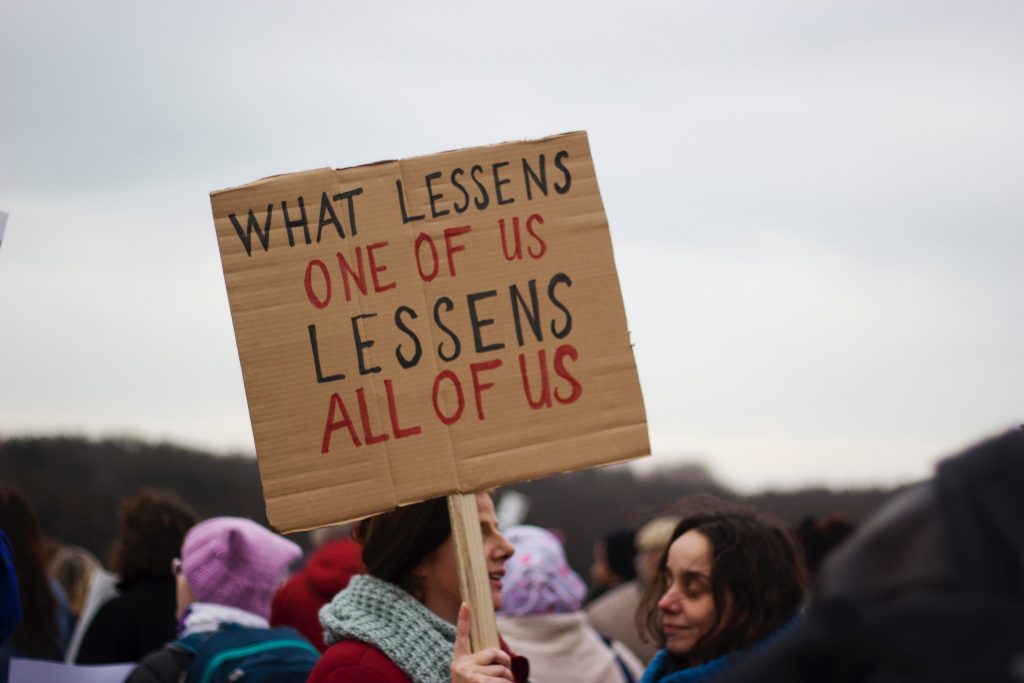 It pledges to “reject the politics of division” and “tackle prejudice, racism and discrimination”. It added that it will address the reasons why some groups do less well at school, earn less work, or are more likely to be victims of crime – but stops short of detailing any specific policies addressing these issues.

The party has also promised to “maintain support” for a “memorial recognising the contribution Windrush generation in a prominent position in London”.

This comes following the 2018 Windrush scandal in which hundreds of British residents were wrongly detained, threatened with deportation, and denied legal rights because the Home Office had categorised them as undocumented migrants by mistake.

The incidents had been linked to the Hostile Environment immigration policies introduced in 2012 by former prime minister Theresa May, while she was Home Secretary.

The Tories have also pledged to require people to present identification when voting in a bid to crack down on electoral fraud. There is evidence to suggest that such a move could disenfranchise and discriminate against traditionally marginalised voters – such as black and minority ethnic communities, Travellers and elderly people.

The manifesto lacked any mention of a long-anticipated inquiry into Islamophobia within the Conservative party. Calls for such an inquiry came after the PM made offensive remarks about Muslim women in a newspaper column. The party has said it would start an investigation into all forms of prejudice within its party before the end of the year. 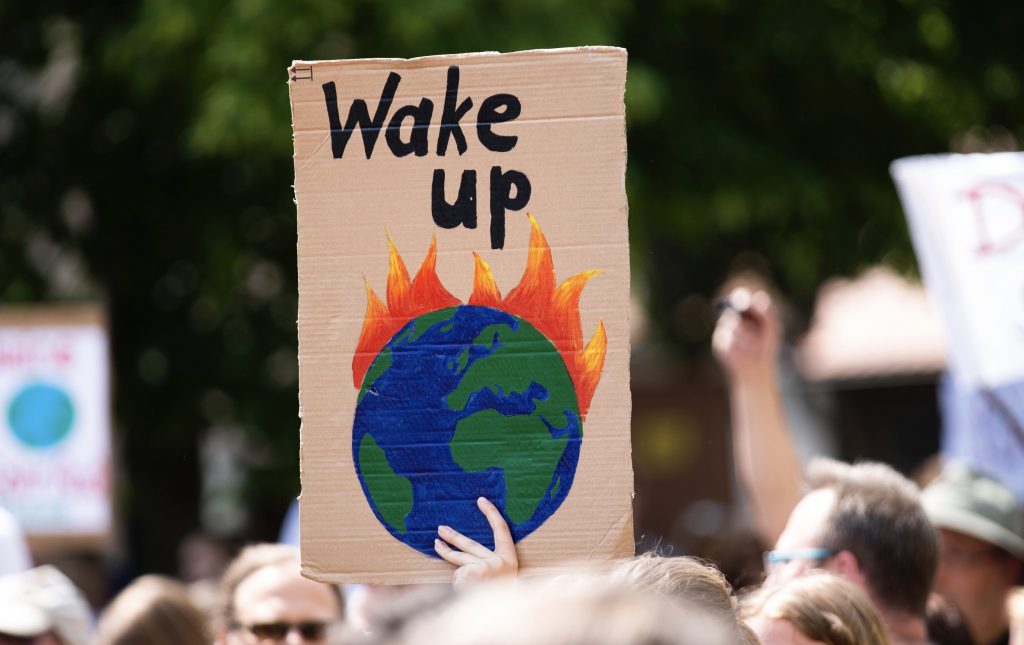 The environment is a human rights issue. Credit: Unsplash.

The climate crisis is a human rights issue affecting our rights to health and life, among others. The Conservative party has maintained its target to reach “net zero” carbon emissions by 2050, where other parties had set more ambitious targets to achieve this sooner.

The party has pledged to spend £9.2bn on retrofitting homes with insulation to make them more energy efficient and said it will introduce similar measures for schools and hospitals.

An “Office for Environmental Protection” would be set up and new legal target set for air quality. It will also invest £800 million in carbon capture technology and £500 million to help energy-intensive industries reduce carbon. 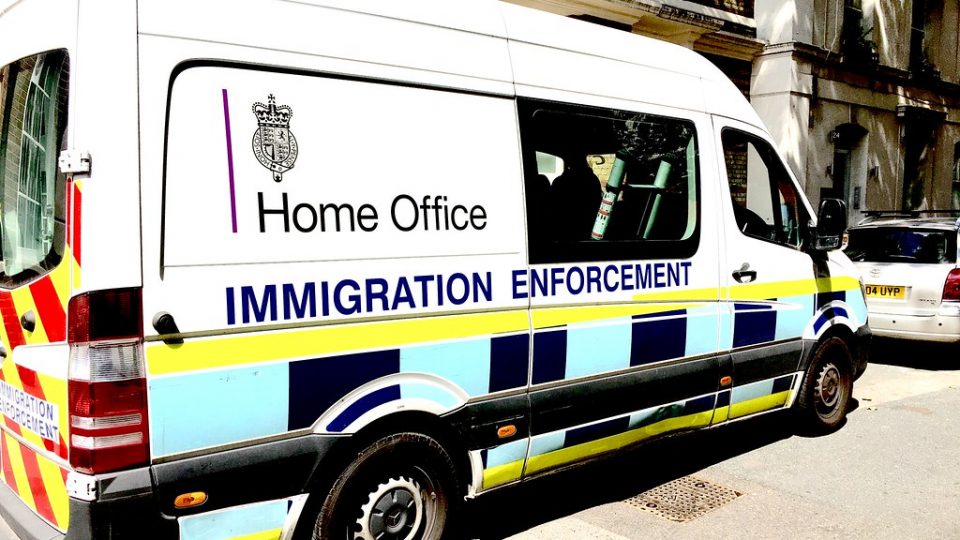 Seeking asylum is a fundamental right. The 59-page manifesto makes one reference to refugees, saying the party will continue to offer asylum and support “with the ultimate aim of helping [refugees] return home if it is safe to do so”.

In relation to immigration policy, the party has pledged to introduce a “firmer and fairer” Australian-style points-based system. How will points be allocated? The party said it would prioritise those with a “good grasp of English”; who “have been law abiding citizens in their home country”; and “have good education and qualifications”. Is has also pledged to ensure immigrants “pay in” to the NHS before they receive any “benefits”.  A special NHS visa, with a fast-tracked process and reduced fees, would also be introduced to ensure qualified doctors can be recruited from overseas.

The party said it is “committed absolutely to guaranteeing the existing rights” of EU citizens who came to the UK before Brexit through its settlement scheme.

In its manifesto, the Conservative party describes the UK as having “long been a beacon of freedom of human rights” – citing the example of helping to end the slave trade – and pledges to continue to this tradition.

It said that it would “further develop” an independent Magnitsky-style sanctions regime which would allow the government to take targeted actions against foreign human rights abusers.

It said it will stand up for the right of every girl in the world to have 12 years of quality education. The party will continue campaigns promoting international media freedom and the eradication of human trafficking and modern slavery.