Should the UK Make it Easier to Punish Foreign Human Rights Abusers? - RightsInfo 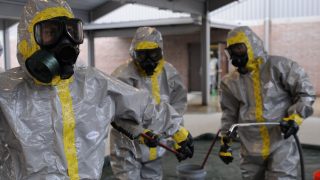 Emily is a qualified solicitor specialising in international human rights law. She practised litigation at Allen & Overy before completing an LLM in Human Rights, Conflict and Justice at SOAS, and most recently worked as solicitor and caseworker at REDRESS, helping to seek justice and reparation for torture survivors. View all posts by Emily Hindle.