Voter ID: What Is It, Why Might It Be Introduced, And Is It Discriminatory? 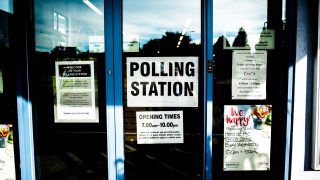 The government has announced controversial plans to force voters to bring photo ID with them to the polling station. The move has drawn criticism from MPs and campaigners who believe it will undermine thousands of people’s right to vote. So what is it and what’s at stake? Jodie Satterley explores.

Among the 26 bills proposed in the Queen’s speech on Monday (14 October) was a commitment to “protect the integrity of democracy and the electoral system in the United Kingdom” by introducing voter ID.

The government says this new “Electoral Integrity Bill” will help crack down on voter fraud and the “harvesting” of postal votes by political parties.

But Labour leader Jeremy Corbyn described the move as an attempt to “supress voters” and “rig” the result of the next general election, which is expected to be called imminently.

The Right To Vote The right to vote is safeguarded by Article 3 of the First Protocol to the Human Rights Convention, while the right not to be discriminated against is protected by Article 14. The former guarantees that the UK will have regular and fair elections, as well as giving you the opportunity to vote and stand yourself.

The 2010 Equality Act places an “equality duty” on all public bodies, including the government, to eliminate discrimination towards people on the basis of “protected characteristics”, such as age, ethnicity, or sexual orientation.

Britain also has a body of “Electoral Law“, which consists of more than 100 pieces of legislation dating back to 1972, aimed at ensuring elections are as fair as possible. The Electoral Commission argues this needs to be revamped for the digital age.

Voter ID – The Potential For Discrimination In 2015, the Electoral Commission reported that 3.5 million people, or 7.5% of the electorate, do not have access to any approved photo ID.

When reviewing the Voter ID pilot scheme of 2019, the Commission found that “some groups of people can find it harder than others to show ID.”

The government has promised free forms of ID for elections will be available through local authorities. Public awareness campaigns would be needed in order to ensure affected groups know they must apply for the new ID in time for elections.

A number of MPs have condemned the policy as discriminatory, including Jeremy Corbyn, Ed Miliband, Cat Smith and Alistair Carmichael.

Darren Hughes, of the Electoral Reform Society, said: “Make no mistake – these plans will leave tens of thousands of legitimate voters voiceless. Ministers should focus on combating the real threats to our democracy, rather than suppressing voters’ rights.”

It has been suggested that the measure is a disproportionate infringement on civil liberties and aims to solve a problem that does not exist.

Voter Fraud – How Bad Is It?

In 2017, the year of the last general election, there were 365 reported allegations of electoral fraud, which resulted in only one conviction and eight police cautions.

In the 2019 pilot across ten areas of Britain – eight of which did not require the voter to produce a specified piece of photo ID – around 2,000 people were turned away at polling stations, of which 750 did not return with an accepted piece of ID to vote.

This has led to claims that the proposal is disproportionate to the harm it seeks to fix and will disenfranchise voters – especially working-class voters and those from traditionally underrepresented groups such as BAME voters, Travellers, people with disabilities, elderly people, and homeless people.

What Can You Do?

If you wish to make your thoughts on the proposals known, you can write to your local MP or make an appointment to discuss the issue at one of their constituency surgeries.

You may also wish to consider writing to the Electoral Commission, government ministers, and any charities or interest groups which you feel may represent you.

View all posts by Jodie Satterley.