Does The Mainstream Media Treat All Refugees Equally?

As the war on Ukraine began and refugees began to flee the country, mainstream outlets faced backlash as commentators pointed out the difference between how some of the mainstream press has reported refugees from Ukraine to their reportage of refugees from Yemen, Libya, Palestine, and Syria.

The media’s portrayal of refugees

This was perhaps seen most glaringly in a Telegraph column by Conservative politician Daniel Hannan, who wrote: “They seem so like us. That is what makes it so shocking. Ukraine is a European country. Its people watch Netflix and have Instagram accounts, vote in free elections and read uncensored newspapers. War is no longer something visited upon impoverished and remote populations. It can happen to anyone.”

These comments were echoed in an ITV News clip: “Now the unthinkable has happened to them [Ukrainians]. And this is not a developing third world nation, this is Europe.”

"The unthinkable has happened…This is not a developing, third world nation; this is Europe!" pic.twitter.com/Bot92XT9vN

The media plays a vital role

The struggle of refugees fleeing Ukraine is rightly treated with empathy and compassion, but their suffering is portrayed as somehow different and more humanised than that of black and brown refugees from the global south including Yemen, Libya, Palestine, and Syria. This is a serious problem because the media can play a vital role in pressuring the government to act and shape public opinion.

For Salma, 51, an advisor for the charity Migrant Voice, Birmingham, the difference in attitudes to refugees from Ukraine compared to the global south is jarring.

“All we get from our communities is: ‘we don’t know who they are, they could be terrorists,’” she said, on the pernicious stereotyping of refugees from countries in the global south. “But when it comes to Ukrainian [refugees], all this narrative is gone.” These double standards are seen in how the government is responding to the crisis, he added.

The government has created schemes to facilitate the entrance of Ukrainian immigrants into the country, through Homes for Ukraine and Ukraine Family Visa schemes. Albeit, they have been plagued with delays and administrative issues.

According to the Government website, till the 24th of May of 2022, it issued 135,600 visas granted from the government. Being 45,000 from the Family Scheme Visa and 90,500 from the Homes for Ukraine Visa. The United Kingdom has received to this date 60,100 visa holders, where 22,000 arrived through the Ukraine Family Scheme and the remaining 38,100 through the Ukraine Sponsorship Scheme.

Meanwhile, refugees who enter the UK by boat or lorry could face eventual deportation to Rwanda under an agreement announced in April.

Today I've signed a world-leading new partnership with Rwanda to break the people smugglers' deadly business model and help us protect the genuinely vulnerable through safe and legal routes.

Under the United Nations (UN) Refugee Convention and protocal relating to the status of refugees, people  fleeing conflict in their homeland, are entitled to refugee status: without discrimination as to their country of origin.

Immigration minister, Tom Pursglove suggested that Ukrainians who enter the UK by such means could also face removal to Rwanda. But the reality is that many of those who make perilous journeys to the UK across the English Channel are from countries such as Syria, Sudan, Eritrea and Iran. While people from these countries are likely to be disproportionately affected by the programme, applications for refugee status from these countries are accepted more than 80% of the time.

UK government tells Brits to open up their homes to white refugees from Ukraine.

But opts to send Black & brown refugees to Rwanda.

Matteus Slinwinski, 29, a Polish community worker and activist, is currently leading a fundraiser for Ukraine and supporting those who have recently arrived in the UK with information and emotional support.

He also agrees that some of the mainstream media have reported refugees fleeing Ukraine differently than they have refugees of the global south. However, Slinwinkski pointed out that this is not universal among all journalists. “There are some people that fight for the rights of the Middle East victims,” he said.

Nevertheless, for Zahir Farjam, 37, an Iranian Master’s student from Birmingham University, said that the  media coverage was ‘hypocritical’ and ‘deeply troubling’, he continued:

“What they [the mainstream media] are doing is belittle one persons pain to elevate another’s . It is really sad what they are doing, that is not what journalism is supposed to be or how journalists are supposed to behave,” he said.

The problem isn’t that refugees from the Middle East are not sufficiently “like us”, it is that years of racism and dehumanisation from the mainstream media have made their deaths tolerable to western society because they are not from the European continent.

The war in Ukraine has been devastating to people’s human rights. However, it is crucial to recognise and cover these issues without dehumanising the suffering of those fleeing conflict elsewhere. If there is any institution that can hold governments to account for their discriminatory responses to refugee crises, it is the media, but the mainstream press must take care with its reportage of refugees – from all countries.

This series is part of our work to amplify the voices of aspiring writers that are underrepresented in the media and marginalised by society. Each piece examines a human rights issue by which, the author or their community is affected. Where possible, the authors should outline a position on how we might begin to address the issue. Find out more about the series and how to send us a pitch on this page. 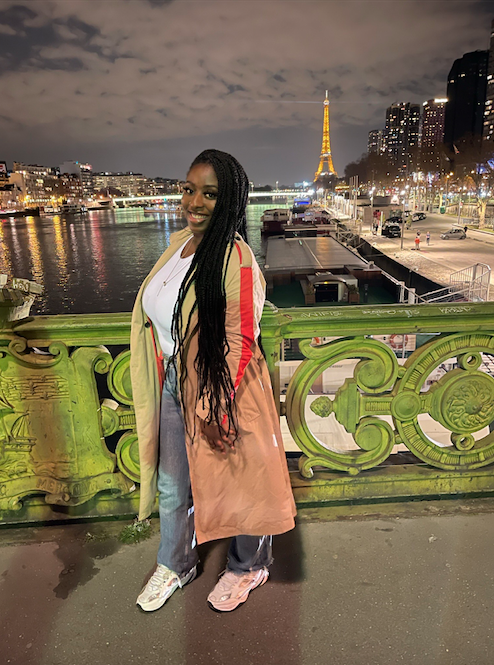 Heloísa Quiala, is a 23-year-old Journalist from Birmingham. Heloísa is Angolan, born and raised in Portugal.

Heloísa Quiala, is a 23-year-old Journalist from Birmingham. Heloísa is Angolan, born and raised in Portugal.