EDITOR’S NOTE: Between this article being written on 31 January and published on 1 February, the government changed its policy on compulsory vaccinations for NHS and social care staff, with health secretary Sajid Javid announcing overnight that “it is no longer proportionate to require vaccination as a condition of employment through statute” and launching a consultation on ending the requirement, ahead of revoking the regulations.

The government is being criticised in some quarters for pushing ahead with a tight deadline for all NHS staff in frontline roles to get their first Covid-19 vaccination, with critics saying that it could result in staff shortages.

The Department of Health and Social Care has stated that all frontline NHS workers must have their first jab by 3 February and be fully vaccinated by 1 April to remain in patient-facing roles. The policy has been controversial, with NHS workers staging protests against compulsory vaccinations in London, Glasgow, Manchester, Birmingham and Leeds.

Some critics of compulsory vaccination argue that the policy endangers people’s right to health, as outlined in the UN Factsheet on the Right to Health, which includes the right to be free from non-consensual medical treatment. While this section typically refers to freedom from medical experiments or forced sterilisation, it could, critics argue, also apply in these circumstances.

Northern Ireland is having a public consultation on the subject but Scotland and Wales are yet to make vaccinations compulsory for NHS workers or care home staff. Although many agree that vaccinating more NHS staff is important, there is concern that the fast-approaching deadline could trigger staff shortages in patient-facing roles. 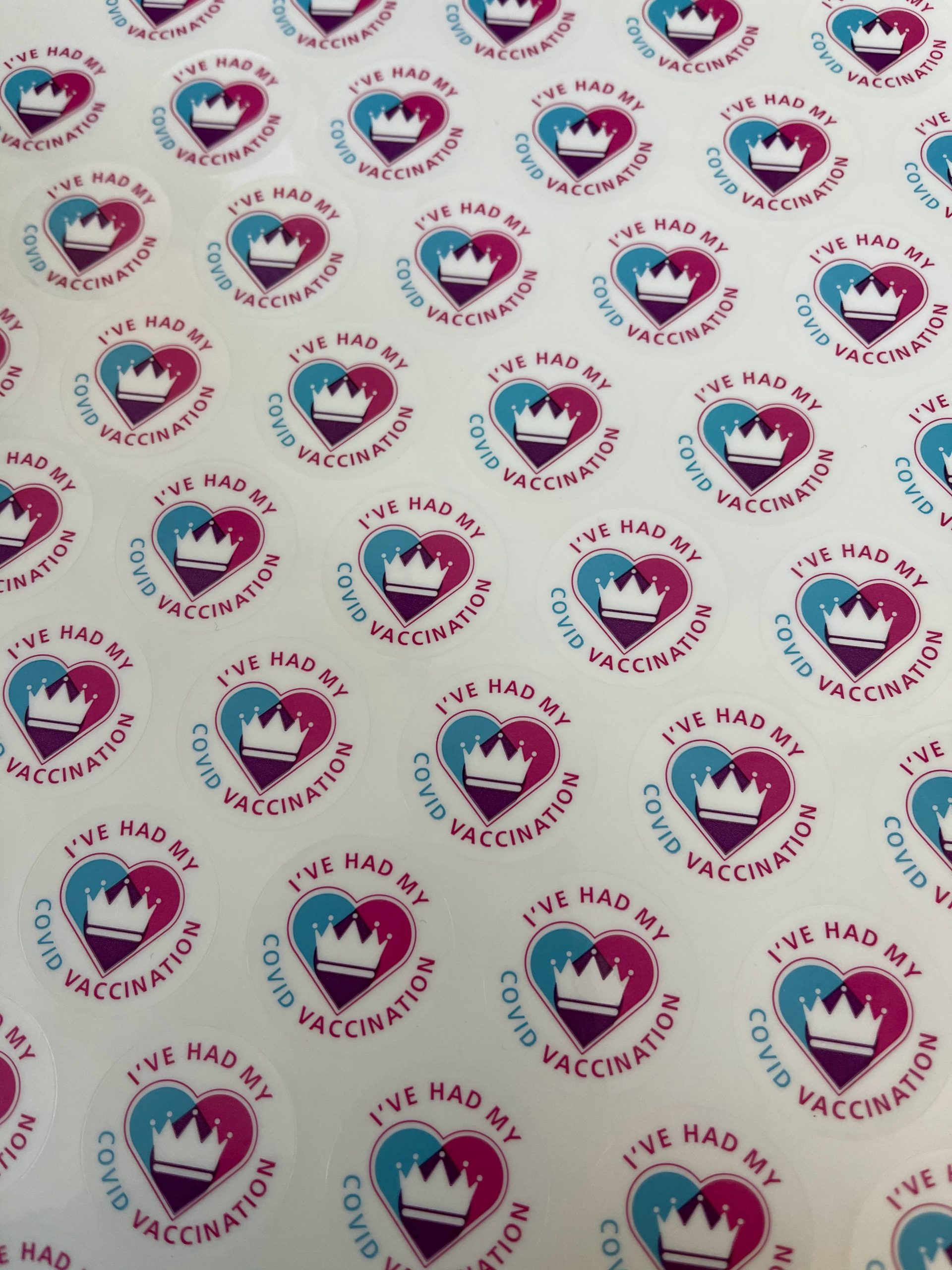 “While the majority of health and care workers have been vaccinated, even small reductions in staffing numbers can cause disruption, especially in smaller services such as primary care,” said Danny Mortimer, chief executive of NHS employers and deputy chief executive of the NHS Confederation. “No leader wants to see this, given the high standards of care they wish to maintain, the significant vacancies that exist across the NHS already and the care backlogs that have built up during the pandemic.”

Figures up to 31 December 2021 show that 94.3% of NHS trust health care workers in England have already had a first dose of the vaccine, with 91.5% having had the second one as well. This leaves an estimated 85,000 staff members unvaccinated, out of approximately 1.4 million staff in patient-facing roles.

Following amendments in 2021, staff working in Care Quality Commission (CQC) regulated nursing and care homes in England are already legally required to be vaccinated as a condition of their work. The government amended the regulations again on 6 January 2022 to include all frontline staff in CQC-regulated facilities in England. Unless a medical exemption applies, vaccination will be a condition of deployment.

“The Royal College of Nursing (RCN) has significant concerns that mandating vaccines will further marginalise those who are currently vaccine-hesitant and put further pressure on a hugely depleted workforce by forcing people out of employment,” said an RCN spokesperson. “Evidence is already emerging of unvaccinated staff being put at risk of redundancy in care settings following recent changes to the legislation.” 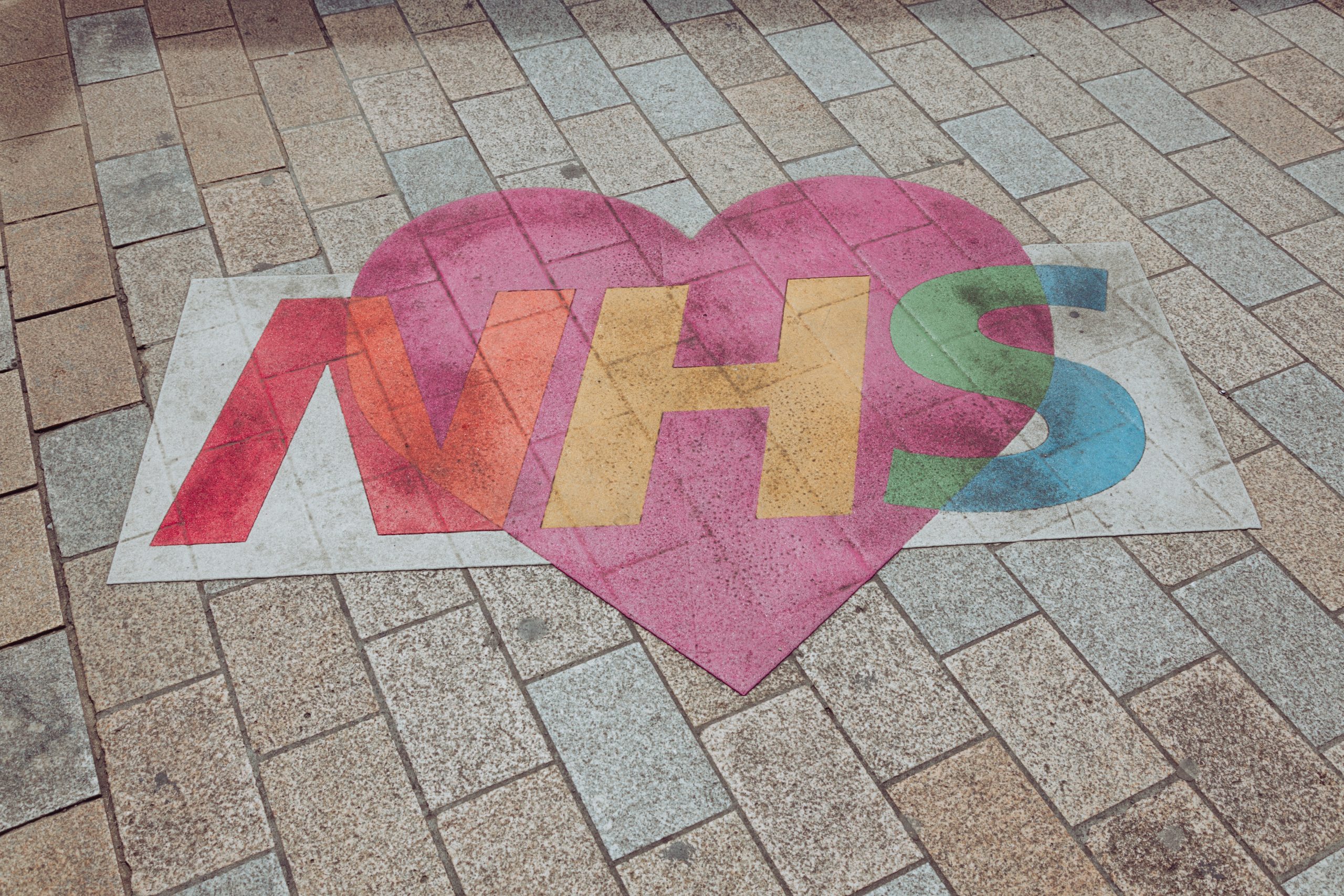 One GP, who requested to stay anonymous, is surprised by the enforcement of mandatory vaccinations when the country is relaxing all other pandemic restrictions.

“If we’re going to drop all restrictions, people do not have to wear masks, no one has to be PCR tested when they come back from holidays and we’re heading in the direction of potentially no testing, then why are we saying we have to vaccinate our healthcare staff, if everyone’s going to be exposed to COVID in the community?”, they asked. “I haven’t seen a clear, logical statement for the decision, and although I’ve been vaccinated, I can’t see the reason for trying to destabilise the NHS.”

They continued: “Unfortunately, being vaccinated doesn’t stop you from catching COVID, it doesn’t stop you passing it on. If we’re saying that staff should have the vaccine to protect themselves at work, then it raises the question of why don’t the staff have good PPE and appropriate protection so that they don’t catch it at work?”

Considering that the thousands of unvaccinated carers who lost their jobs, and are now appealing, caused widespread controversy, the government’s determination to press ahead on compulsory vaccinations in the NHS could backfire, with staff losses and employment tribunals. People’s right to work is protected under the Universal Declaration of Human Rights, but refusing vaccination is coming into conflict with this right in certain sectors. 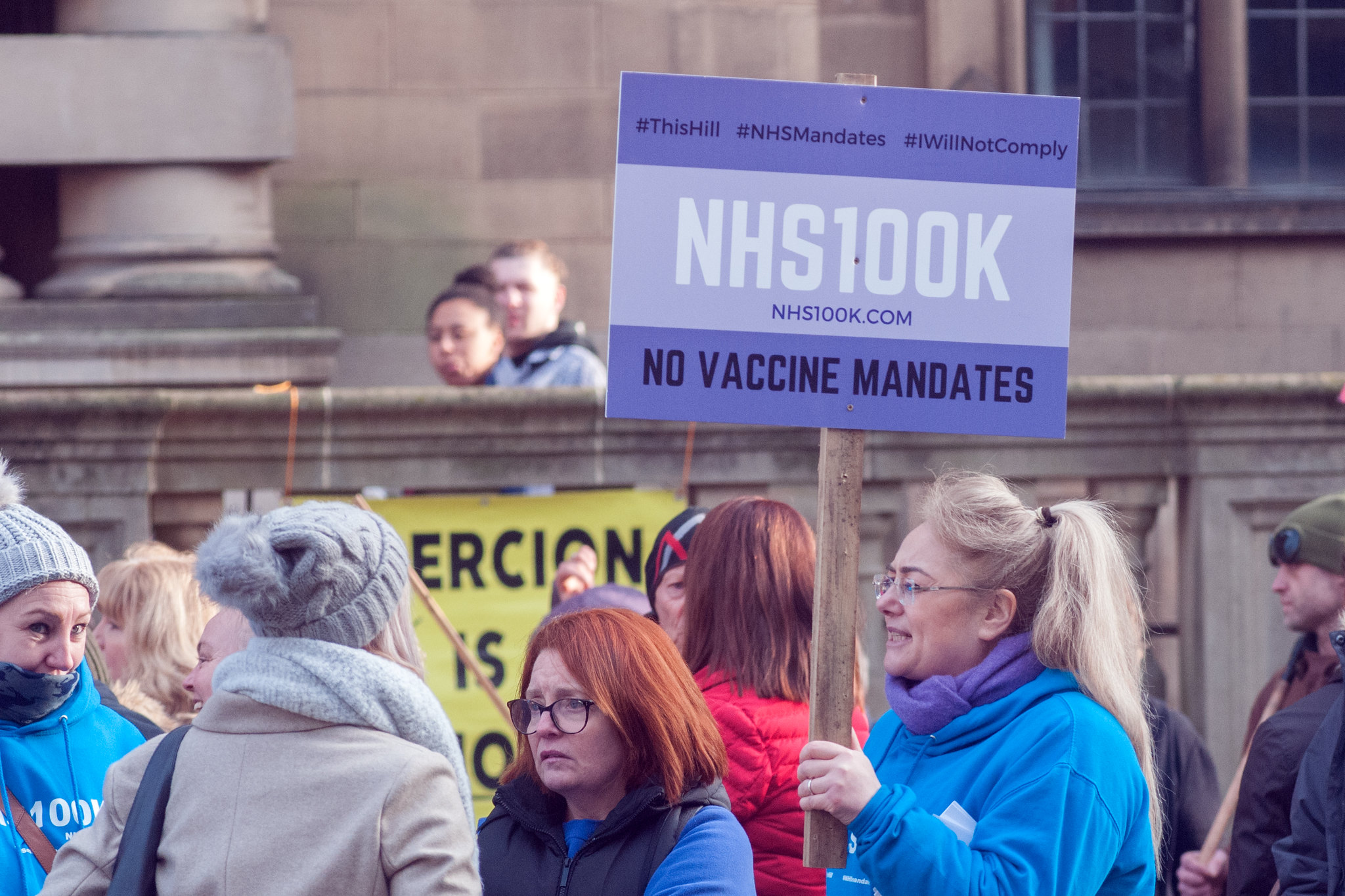 IKEA, Morrisons, Ocado and Next have all made headlines for cutting sick pay for unvaccinated staff forced to isolate following exposure to the coronavirus. While companies like John Lewis have stated that they will cover sick pay regardless of vaccination status, the popularity of cutting it for the unvaccinated appears to be growing among other private sector employers. Although people with a medical exemption will still receive full sick pay, those who are unvaccinated by choice are now only eligible for statutory sick pay of £96.35 per week at these companies.

Such mandates are triggering fears of a two-tier workforce, which could see vaccinated and unvaccinated workers treated differently and may cause friction between management and employees.

“Cutting sick pay could backfire, risking workplace outbreaks,” said Frances O’Grady, general secretary of the Trades Union Congress, which is encouraging all workers to get vaccinated. “No one should be forced to choose between self-isolating to protect colleagues or putting food on the table.” 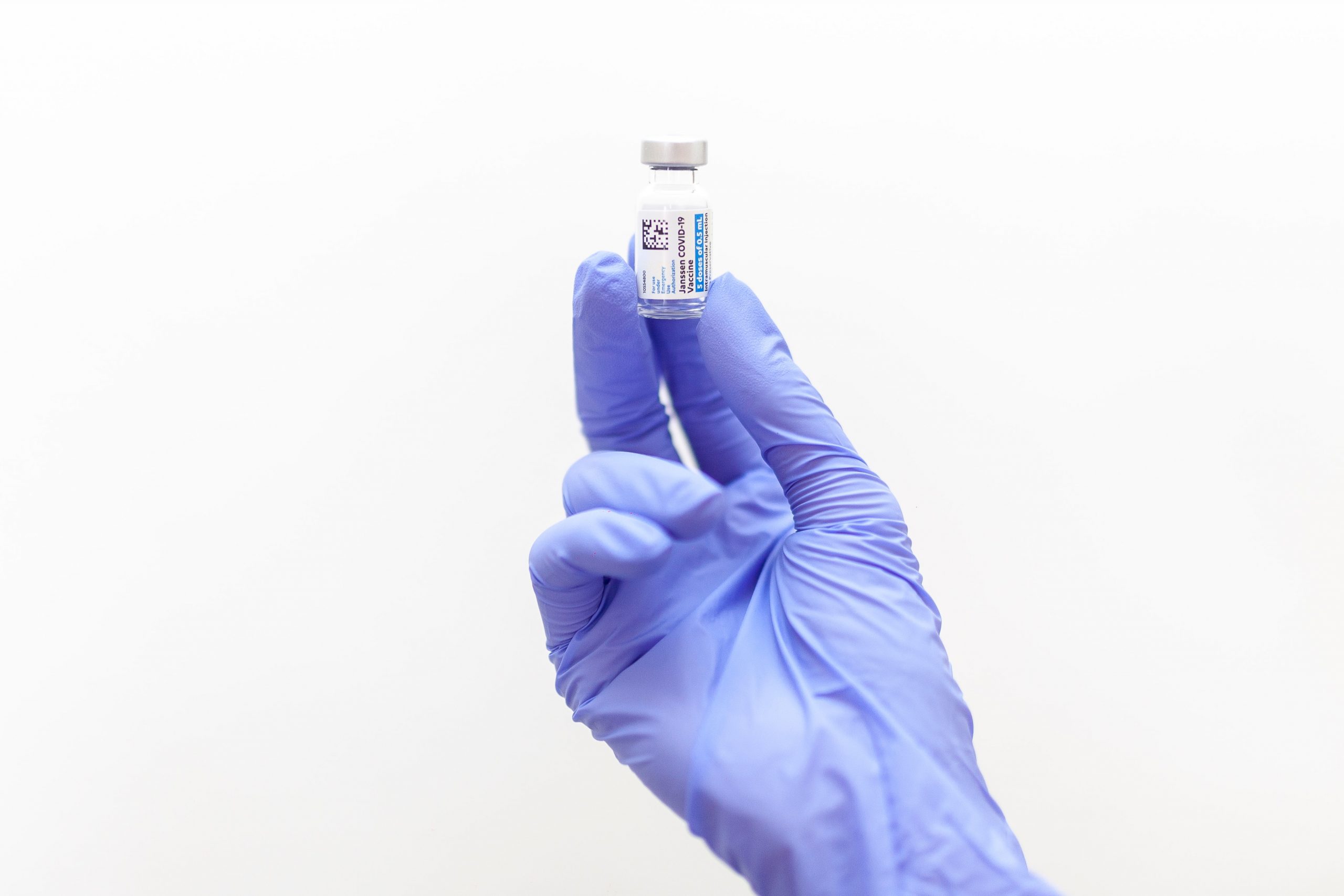 Alongside the government’s mandate, increasing restrictions and sanctions across various industries for unvaccinated people are causing some to fear that compulsory vaccination for the whole population could be next.

“I had both vaccinations, as I felt pressured. I didn’t want to and I’m definitely not having any more,” said Dennie Smith, a business owner. “I find it not only very sad that we have come to this but I’m also passionate that every human being should have a choice for any medical intervention. If they were made compulsory for the nation, I would be joining hundreds of others in protesting.”

Despite controversy over the potential impact of the tight deadline, compulsory vaccinations for NHS staff have also drawn considerable support and remain set to come in. The government has not announced any plans to delay the deadline for staff to get vaccinated.