Given they are more regularly exposed to contact with the public at large than most, vaccinating homeless people and rough sleepers against Covid-19 was named a top priority by the government in March 2021. Nearly six months on, have they made it to the top of the list?

In March 2021, health secretary at the time Matt Hancock agreed to put homeless people in ‘group six’ for the vaccination roll-out, alongside those with underlying health conditions that place them at greater risk. This announcement followed a letter from the Joint Committee on Vaccination and Immunisation (JCVI) which stated that although homeless people and rough sleepers had higher rates of undiagnosed comorbidities, half had, in effect, no access to healthcare and should be made a priority.

The average age of death of a person who dies while homeless is just 47 for a man and 43 for a woman, decades lower than the general population

“Councils have been working with partners to reach out to people sleeping rough and those who are at risk of homelessness in their areas to encourage them to register with local GPs so that they can access wider healthcare provision, although this is not a requirement in order to be able to get vaccinated,” said Councillor Ian Hudspeth, chairman of the Local Government Association’s Community Wellbeing Board. “People living on the streets are among the most vulnerable in society, lacking access to healthcare and the ability to self-isolate safely, with many also having underlying health conditions.”

Homeless people living in temporary or emergency accommodation are at higher risk due to being in close proximity with other residents and support staff. According to UK homeless charity Shelter, 280,000 people were entirely homeless or in temporary accommodation in 2019; rough sleepers made up 2,688 of the equivalent figure in November 2020. 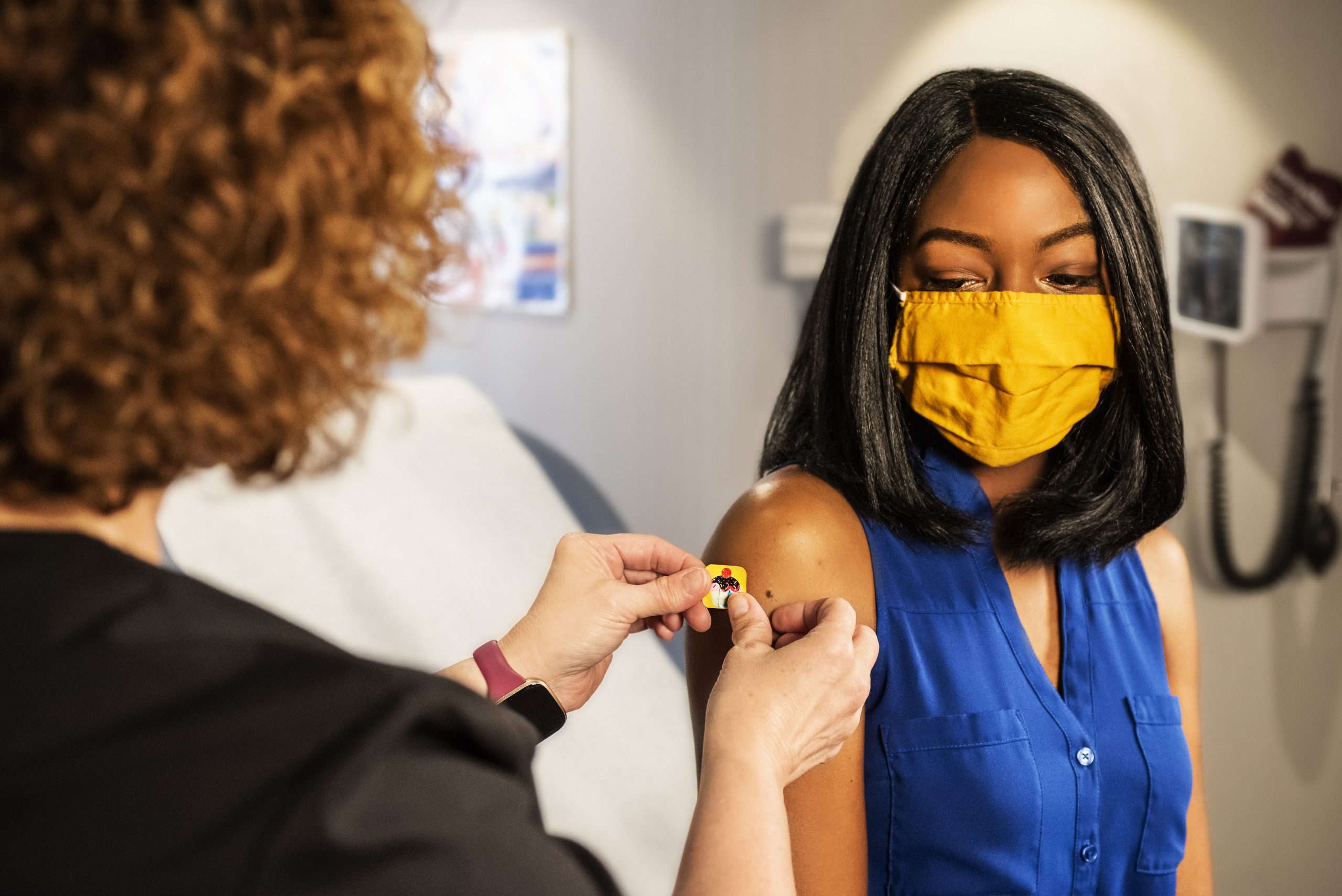 Homelessness already infringes on multiple human rights, such as the right to a private life and property, but failure to provide adequate vaccinations for the homeless population could breach Article 2 of the Human Rights Act – the right to life.

With thousands of rough sleepers put into accommodation during the height of the pandemic, the JCVI said it was “a unique opportunity to in-reach vaccination to a population that is otherwise often unable to access basic healthcare”.

Oxford was one of the first cities in the UK to offer jabs to homeless people. More than 140 people experiencing homelessness were given the vaccine in February before Hancock put homeless people in priority group six. Supported by officers from the City Council, outreach teams from St Mungo and Homeless Oxfordshire encouraged clinically vulnerable homeless people to get vaccinated.

“Homeless people experience some of the poorest health outcomes in England with high levels of morbidity and early mortality,” said Councillor Mike Rowley, cabinet member for affordable housing and housing the homeless. “The average age of death of a person who dies while homeless is just 47 for a man and 43 for a woman, decades lower than the general population. So we decided to act quickly in accordance with the flexibility the guidance provided.” 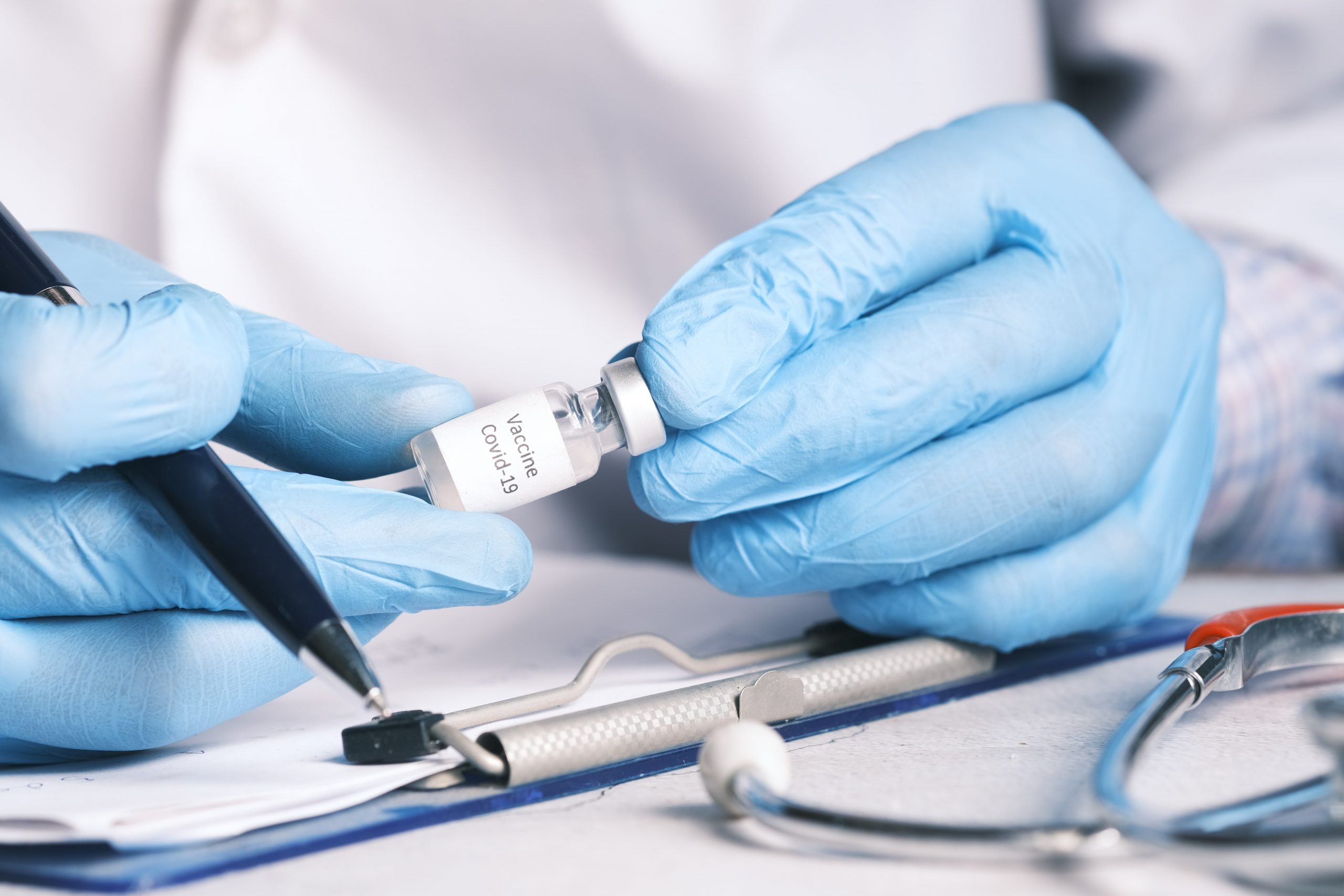 To meet demand, vaccination centres were set up all over the country, including in London, where founder of Street Storage Rachel Woolf volunteered her time.

Between March and August 2021, hers was part of a coalition of organisations, which included StreetsKitchen, New Horizons Youth Centre and The Simon Community, vaccinating the homeless population.

After the collective of organisations were given one day per week to deliver vaccines alongside the Crick Institute and UCLH, they discovered that appropriate support to encourage homeless people to get vaccinated was lacking.

“Despite pleas from many organisations about the effect this would have on vaccine take up, the council then couldn’t offer respite or accommodation for the people who are having side effects and sleeping out on the street,” Woolf said. “Why would you want to ‘unnecessarily’ force yourself to be ill when you’re sleeping outside? We needed to provide these people accommodation, so that was our first barrier to overcome.”

With help from the Museum of Homelessness (MoH), they found funding to put homeless people up for two nights post-vaccination at the Guildford Hotel. Woolf continued: “Three or four of these named organisations have now paid for that hotel provision at different times in the rollout once the MoH funding ran out. We’ve done it ourselves with no financial help from the local authority.” 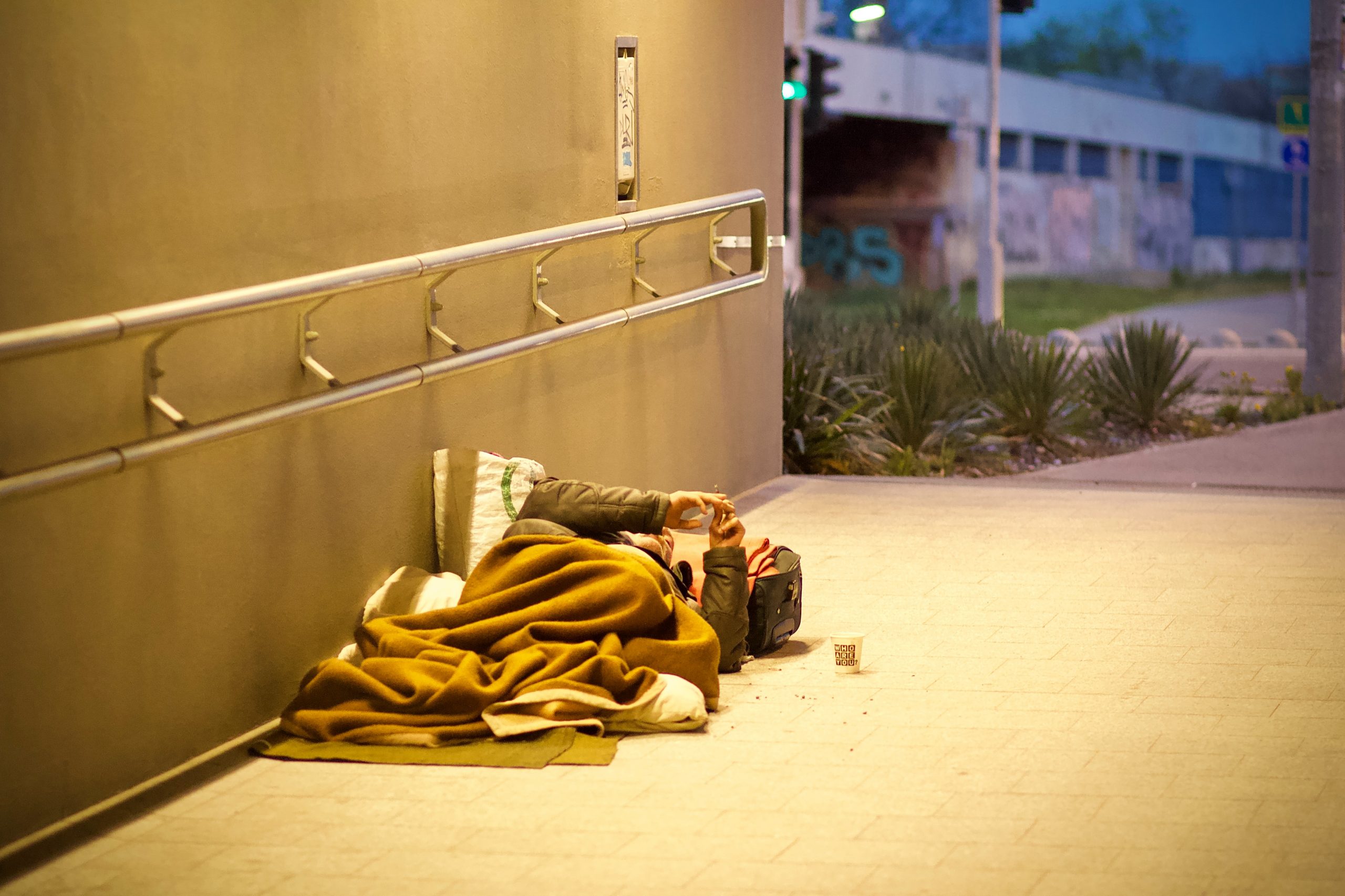 While the UK faces criticism over hoarding vaccines, the failure to provide sufficient support around vaccinations for the homeless population is striking.

Combining team members, Woolf and her associates spent months going out into the streets to raise awareness of vaccine availability amongst the homeless population. They used space at the Living Centre, as part of the Somerstown Community Association, to book appointments and provide further information alongside food, hot drinks and clothing.

To overcome difficulties associated with a lack of phone numbers and NHS records, they used a spreadsheet for tracking through the NHS system. They also booked people’s second vaccination as soon as safely possible following the first, ensuring higher rates of double vaccinations.

“We still have yet to second-vaccinate about 30% of the people we saw in the six months,” continued Woolf. “But we did extremely well getting first vaccinations for a very hard-to-reach part of the community. It was an amazing example of what voluntary and community and grassroots organizations can do when they come together.”

Although government-run schemes have been implemented with varying degrees of success all over the country, Woolf believes organisations in her area outperformed government programmes. 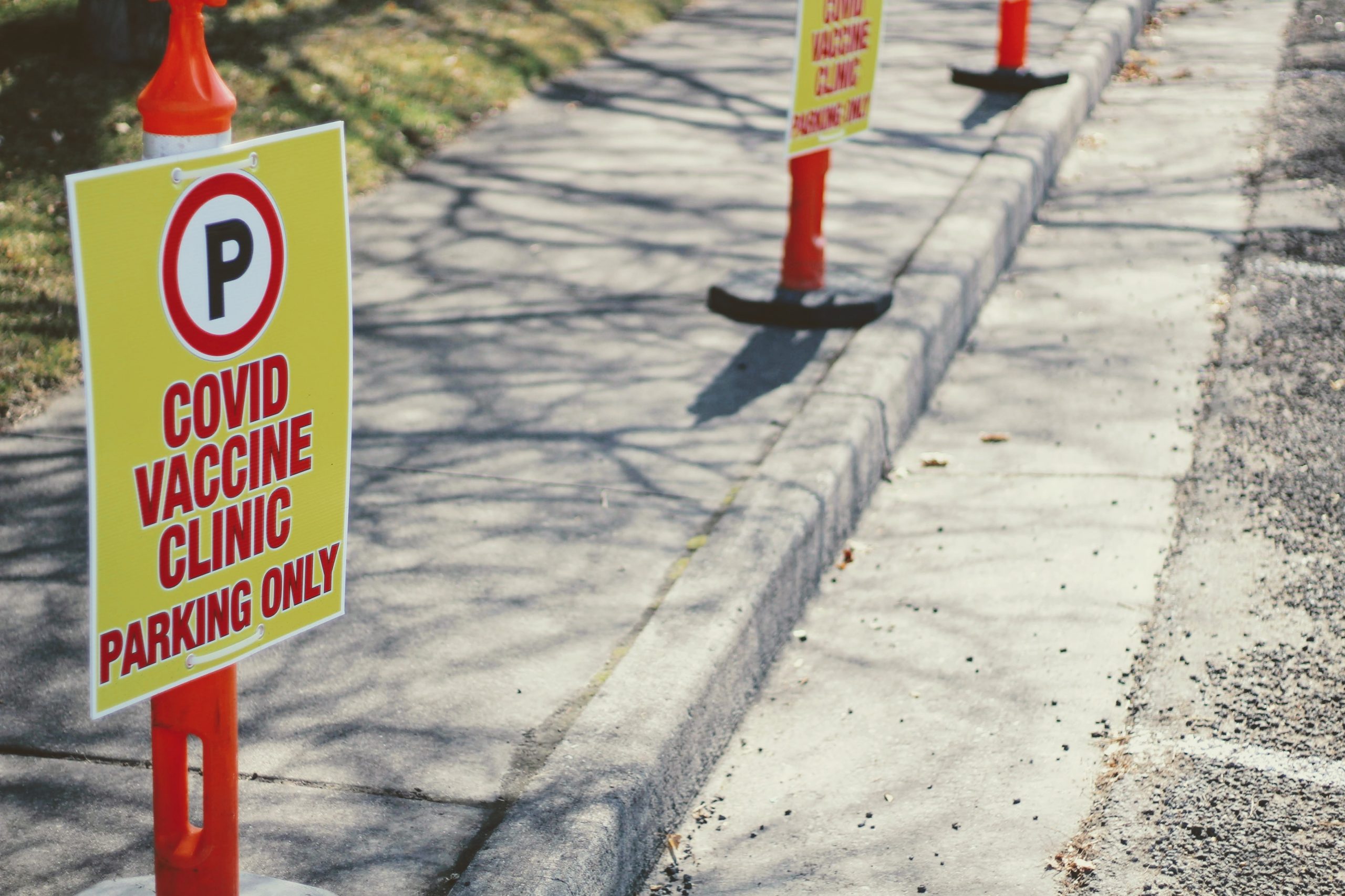 “There were government-related groups in the borough that secured significantly fewer vaccinations than we did as a group of grassroots voluntary organizations, because of the trust and relationships we have built over time,” she explained. “Grassroots organisations provide emergency provision for this community every single day of the week, and so there is a huge amount of respect for this community and a huge amount of trust towards us.”

It appears that outside of providing the space to perform vaccinations, the government has outsourced elements of the process to local outreach groups.

These organisations also faced vaccine hesitancy among the population they were trying to serve. Amongst those facing homelessness, vaccination often simply isn’t an immediate concern. For rough sleepers, the priority could be finding safe storage for their belongings and homeless parents are focused on securing emergency accommodation over immunisation. 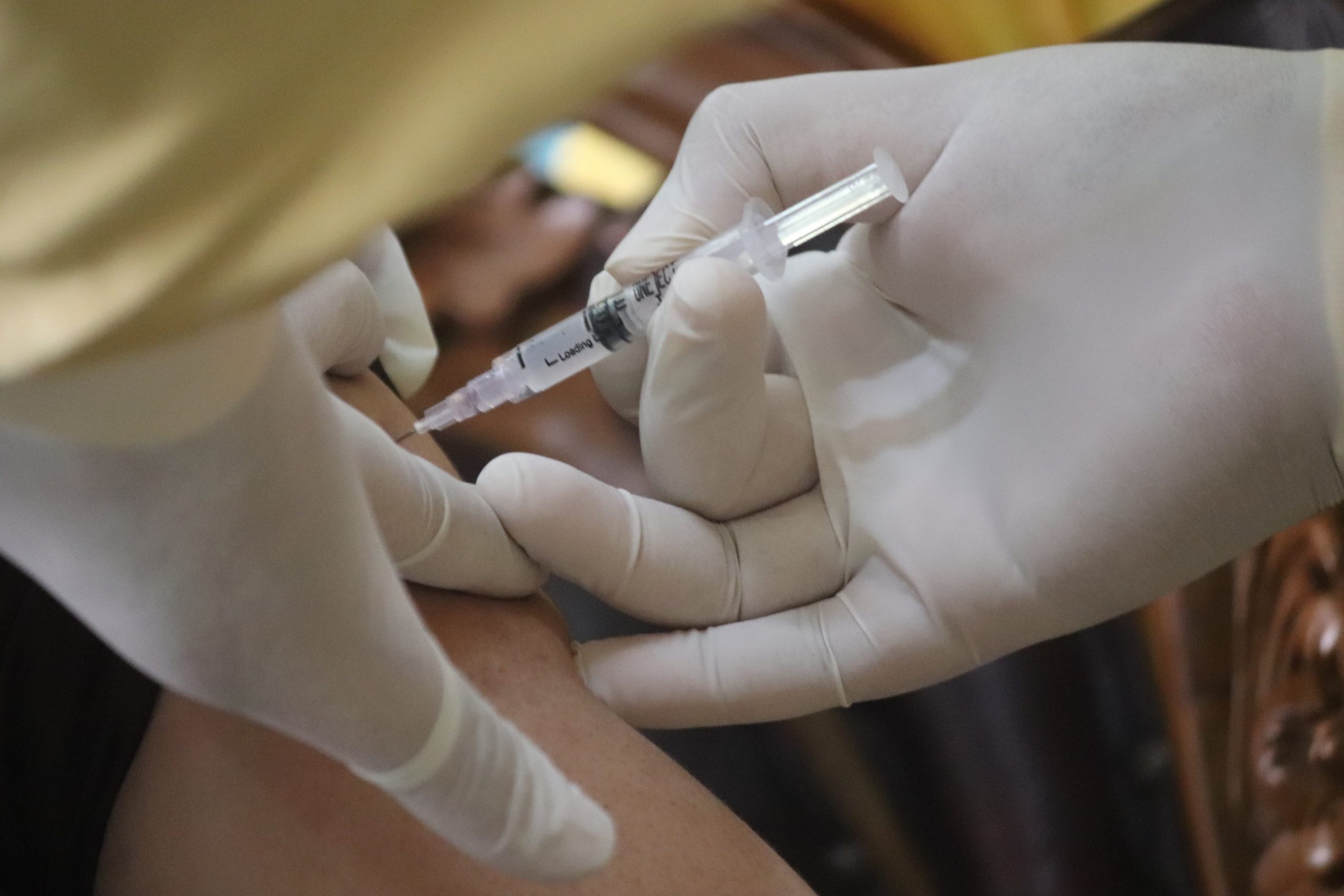 “A Covid vaccination is not a priority for many people right now,” explained Woolf. “It might be in four months, which is why the grassroots organisations are so wonderful – they will keep in touch with these people and encourage them week on week to keep thinking about vaccination.”

Although anecdotal evidence from grassroots organisers indicates that vaccine uptake among the homeless community is mixed, there is sparse data on the subject. However, according to Homeless Link, only one in three people experiencing homelessness – based on those rough sleeping, in emergency accommodation and hostel accommodation – are currently fully vaccinated.

Without independent organisations pulling together to reach out to the homeless population and ensure proper care and follow ups, it’s likely that these figures would be even lower. Whilst the government moved homeless people up the priority order, it appears grassroots organisations took a significant role in protecting homeless people’s right to life by helping improve access to vaccination.