By Nadine Batchelor-Hunt, Journalist 1 Sep 2020
A stock image of a man at work. Credit: Unsplash

As society reckons with systemic racism amid Black Lives Matter’s resurgence, some workplaces have turned to their Black, Asian and minority ethnic (BAME) staff to bear the brunt of dealing with the problem. EachOther speaks to five BAME charity workers about the emotional toll of these expectations and how to address it.

People from minority ethnic backgrounds are underrepresented in the charity sector. Despite the fact that around 14% of the UK public is BAME, less than one in ten employees in the sector identify as such.

A report published in June by the Association of Chief Executives of Voluntary Organisations (Acevo) and Voice4Change England found that 68% of the roughly 550 BAME charity staff it surveyed had witnessed, or experienced racism. Half of respondents reported feeling pressured to tone down their behaviour to fit in with the sector.

In the aftermath of the George Floyd killing, charities and other organisations have placed renewed focus on addressing these issues.

But the report found an emerging trend of BAME charity staff being “in some ways expected to ‘deal with the problem’”.

“This is a complex area, and seeking input from BAME people is part of the answer,” the report says.

But it found that BAME staff had been asked to take the lead on internal diversity work on top of already full workloads, without recompense or being given “commensurate authority” to make change.

Five charity workers have told EachOther of their experiences of this ‘BAME person’s burden’. Their names have been changed to protect their privacy.

Jessica works in communications at her charity, and said she is regularly expected to tackle racism within her organisation.

“Within my team, it’s sort of an unsaid thing that I’m the person who cares most about racial inequality, so any related work should come to me,” she said.

“People expect that because I care about racism I have a limitless capacity to deal with related work when, in fact, the opposite is true. Because I care I find it really exhausting, especially the internal conversations with clueless, well-meaning white people.”

“There is no acknowledgement of the emotional toll this work takes, but there also aren’t the right people to provide emotional support,” she said.

There is no acknowledgement of the emotional toll this work takes, but there also aren’t the right people to provide emotional support.

She highlighted that often, the interest in issues facing people of colour can feel performative.

“I will be pushed and pushed to do something, for example, public facing work to show there are people of colour in the organisation, and then last minute be told ‘only if you’re comfortable’.

“The times I am listened to are when the ideas about racial equality work are so bizarre and offensive that they can be shut down quickly, and anyone with common sense would stop them happening.”

Jessica also spoke of the effect the Black Lives Matter movement has had when it comes to what is discussed in the workplace.

“I don’t go a day at work without there being something that comes up about race that makes me feel uncomfortable,” she said.

“I don’t know what’s worse – when everyone was ignoring the issues, or the organisation now being in overdrive.” 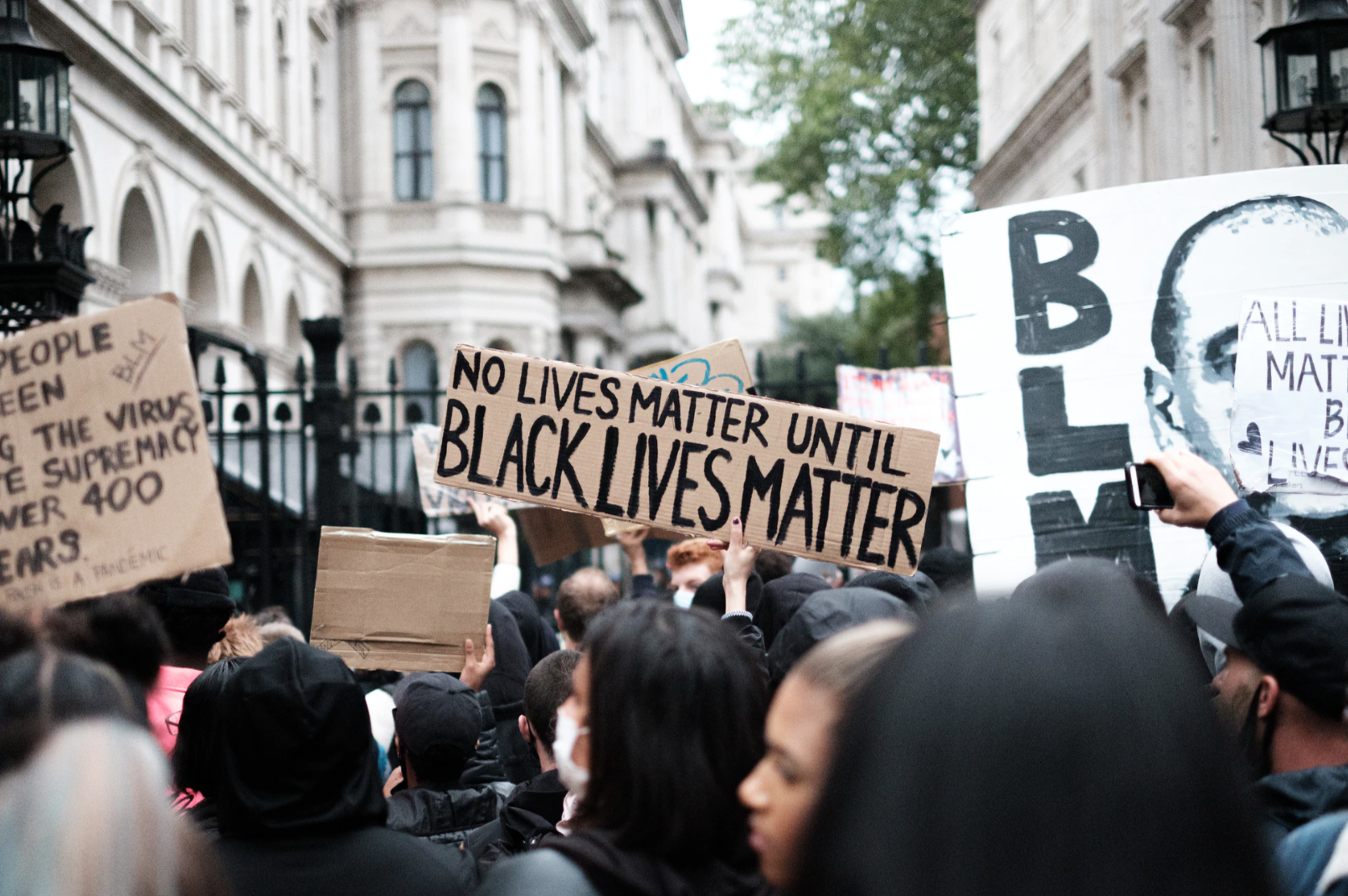 The Black Lives Matter movement has caused some companies to go into ‘overdrive’ on race issues. Credit: Ehimetalor Akhere Unuabona

Anna works as a specialist in domestic abuse within marginalised communities, including among people from Black, Asian, minority ethnicity and refugee (BAMER) backgrounds or who are LGBT+.

She spoke of how, at a previous charity where she was the only minority ethnicity staff member, she became a target of colleagues’ abuse for taking the initiative to challenge workplace racism.

“In one organisation, where I was the only [minority ethnicity] member of staff, I felt obliged to tackle racism as a form of both self-defence and social duty,” she said.

“A handful of my white colleagues were resentful of my role. I was more qualified and therefore on a higher salary and, as a BAMER specialist, they saw my role as an offence to theirs – that my role was created because they had not been supporting [minority ethnicity] clients sufficiently, as opposed to recognising the multiple needs of [minority ethnicity] victims.

“They would target me as the butt of their jokes, direct conversations about racial subjects where they would discuss their problematic views loudly, and even ripped some of my posters up which aimed to promote accessibility for hard-to-reach [minority ethnicity] groups.”

Despite this, she said other white colleagues would never outwardly support her.

“They never called out these work-place bullies, so it fell on me to raise the issue further,” she said.

“Through discussions with my manager, they were given warnings and enlisted on to cultural competency and cultural bias training – which I had to deliver.

“This was partly because I am a qualified training and development worker, but predominantly because I was the only Black person in the organisation.”

Anna said the problems did not stop when she moved jobs, and encountered difficulties at her next place of work.

“Whilst in this organisation the number of like-minded, socially aware, and active colleagues greatly outnumbered those who were indifferent, I found the problem to be upper management – who were all white,” she said.

“There was a culture of doing a bare minimum in this organisation, which I think largely came from the feeling that, as a specialist organisation, ‘we are already doing more than mainstream’.”

I would routinely go and sit in my car to cry during the day, and smoke more than ever to cope with the stress – this is on a normal day without the additional stress of feeling undervalued and disrespected based on your race.

Now, Anna is employed at a different charity and represents it on racial justice matters specifically – but even this is creating more challenges.

“Hiring one person to do this work revokes the responsibility from everyone else, where even BAMER organisations don’t recognise the value in all their staff being actively anti-racist,” she said.

She also spoke of how emotional support is not offered.

“I have never worked for an organisation that has provided its staff counselling,” she said.

“I would routinely go and sit in my car to cry during the day, and smoke more than ever to cope with the stress – this is on a normal day without the additional stress of feeling undervalued and disrespected based on your race.

“I have had numerous breakdowns due to the added responsibilities and the weight of feeling responsible for fixing the racial bias of all domestic abuse professionals in the city – otherwise it would be our BAMER clients who suffer.” 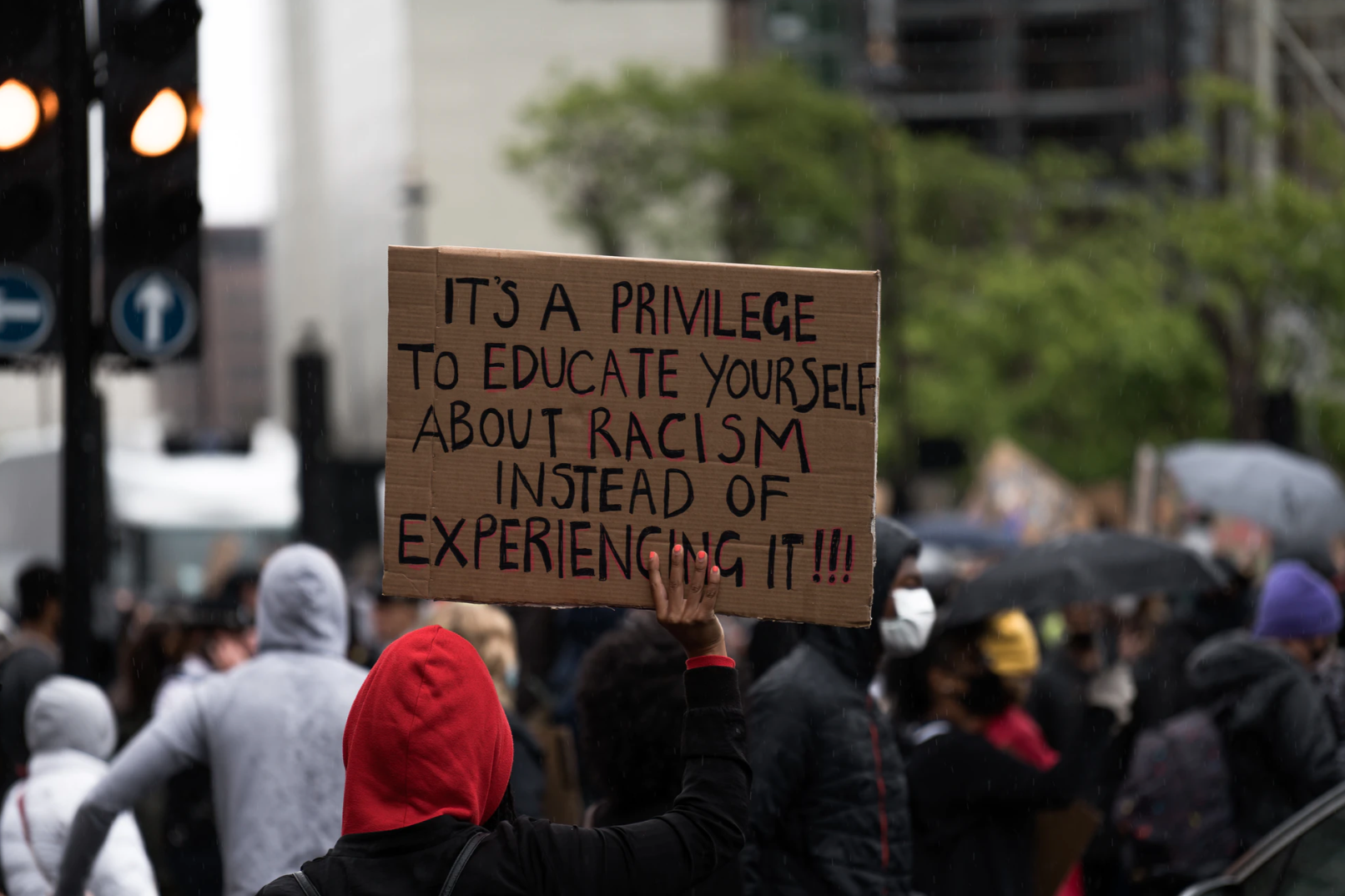 Many BAME staff are being overwhelmed with work on equality in the workplace. Credit: James Eades

James is no longer in the charity sector, but spoke of his experiences when he was.

“Where I used to work always denied having a racism problem,” he said.

“I was never truly listened to, and attempts were always made to placate me.

I was never truly listened to, and attempts were always made to placate me.

“Whatever was said to me was entirely performative.”

He cited the way racism was dealt with in the organisation as one of the driving factors for him leaving.

“It left me in a state of near constant anger,” he said.

“Only when I obtained a new job in a new sector and had given my notice did I feel a burden lifting and I felt much happier.”

Martha works in the charity sector as a communications officer.

In the aftermath of George Floyd’s murder, she raised the issue of anti-racism with the chief executive of her charity after being told the issue was too political to discuss.

“Since then, I have been asked to write the official Black Lives Matter statement; I work in communications, but I’m less than one year into my career and I have never written any of our previous statements,” she said.

“[I was expected] single handedly to educate colleagues on the BLM movement, racism in staff-wide calls, and to summarise the inaugural BAME working group meeting.”

[I was expected] single handedly to educate colleagues on the BLM movement, racism in staff-wide calls, and to summarise the inaugural BAME working group meeting.

Martha said the work she is being asked to do off the back of BLM is emotionally taxing.

“My white manager and all white teammates have listened to me express that I am emotionally drained from engaging with the organisations anti-racism work, and that it was affecting my mental health – and they told me to “just say no” when people ask me to do things, and to take annual leave if I wanted a break,” she said.

“If only you could take annual leave from racism!”

And Martha said she fears much of it may be performative anyway.

“It seems like the organisation is rushing to gather brownie points to appear to have responded to the recent BLM revival, and this is taking priority over actually improving the working lives of Black and Brown staff.” 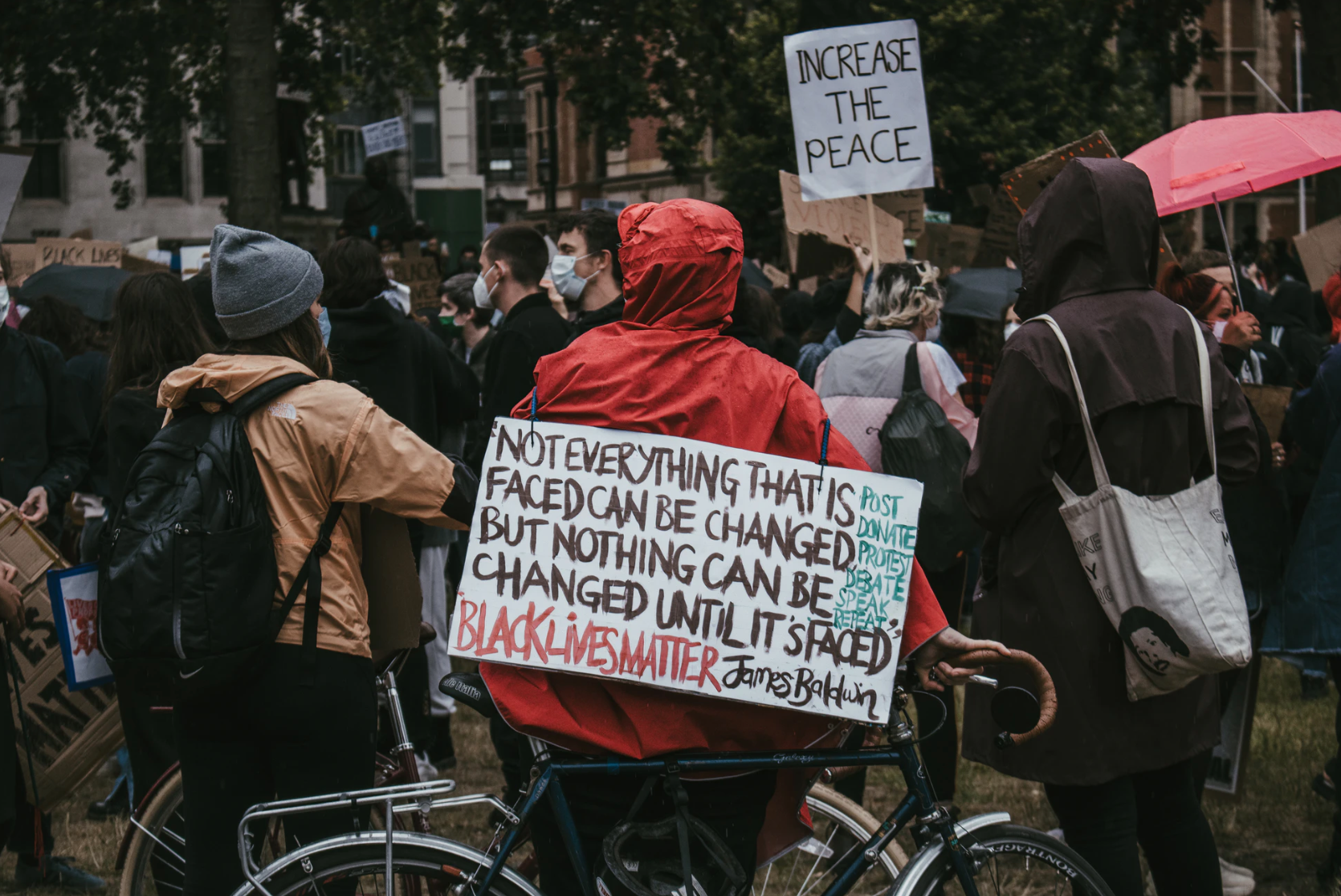 Alexia works at a global NGO, where she says tackling racism fell on BAME staff.

“It fell on BAME staff to raise concerns about incidents of racism and discrimination that appeared in our public campaigns, or massive event stages or meetings and interactions at work,” she said.

However, she said it wasn’t always well received and supported in the organisation.

“I would say the work on anti-racism was something that was reluctantly done to the organisation,” she said.

I feel exploited for pouring in so much free labour into this work despite the fact that I know it has made a difference.

“I feel that the last three to four years have been a constant battle to have management value and acknowledge the humanity of BAME people.”

She also shared that support wasn’t there for those that tackled racism.

“I feel exploited for pouring in so much free labour into this work despite the fact that I know it has made a difference,” she said.

“I have had a number of panic attacks at work and feel drained.

“I take a lot of comfort from the solidarity and friendship of other BAME colleagues and we support each other emotionally through much of this work.”

However she does say there is progress happening.

“The changes that have happened have been reluctant, but there has definitely been progress,” she said.

“It’s hard to tell if their actions are performative as many brands and organisations now endorse BLM because it is popular; I wonder if we will still be committed if the momentum died down.”

Acevo and Voice4Change’s report says that “efforts to build diversity and counter racism should centre on those most impacted by current failings”.

“However, it cannot be done ‘on the cheap’, nor can it be a substitute for the engagement and buy-in of the most senior people in an organisation.”

Among a list of steps the report recommends is also for chief execs and senior leaders to take responsibility for learning about how racism can manifest in their organisation.

It also calls for charities to “invest in supporting and safeguarding BAME charity people – including proper complaints procedures”.