Becoming An Anti-Racist Organisation – Our Pledge To EachOther

By EachOther Reporter, 29 Jul 2020
A placard bearing the slogan 'racism is a pandemic' seen outside Whitehall in London. Credit: Unsplash

Protection from discrimination is a human right, enshrined in British, European and international law. And yet, in today’s UK, discrimination on grounds of race is rife. Institutional racism operates, either on the surface or behind the scenes, in many walks of life. Well-meaning charities like ours are not immune. Neither our team nor our board is currently as diverse as we’d like. Following our recent rebrand, we need to make the ‘nothing about us without us’ mantra we’ve adopted really count, in our workplace as well as on our pages.

The Black Lives Matter movement must be more than a passing moment because the racism it calls out is so entrenched. To make change, we have to harness the anger not only at George Floyd’s murder in the US but also at the racism that black people face in this country too. It will take time to undo all the damage and secure lasting progress on race equality here in the UK.

As an organisation with relatively few black or minority ethnic staff or trustees, when the worldwide BLM protests began we were wary of issuing a statement that might appear merely rhetorical or tokenistic. Systemic racism will take more than words and gestures to overturn. We took a little time to reflect honestly, together as a team, on the way the BLM movement rightly challenges the work we do and the ways that we do it. In particular, we listened to what our colleagues from ethnic minorities told us. We have pulled together the beginnings of a practical plan of action to change our organisation for the better. And there will be more to come.

In the short term, we had already begun to make change by putting the lived experience of people from marginalised communities at the heart of our brand and our content. Building on our long track record of covering questions of discrimination and race, in recent months we have shone a spotlight on the issues raised by the Black Lives Matter movement.

We’ve launched a new series of opinion pieces, called The Inspired Source, with a dedicated pot of money to commission aspiring writers from groups that are under-represented in the media. We provide feedback to those we commission. We published the first piece in this series, by Kieren Williams, who’s embarking on a career in journalism, earlier this month. In it, he argues that we need to stay focused on the central message of the struggle for racial equality, rather than get distracted by counter-productive culture wars. 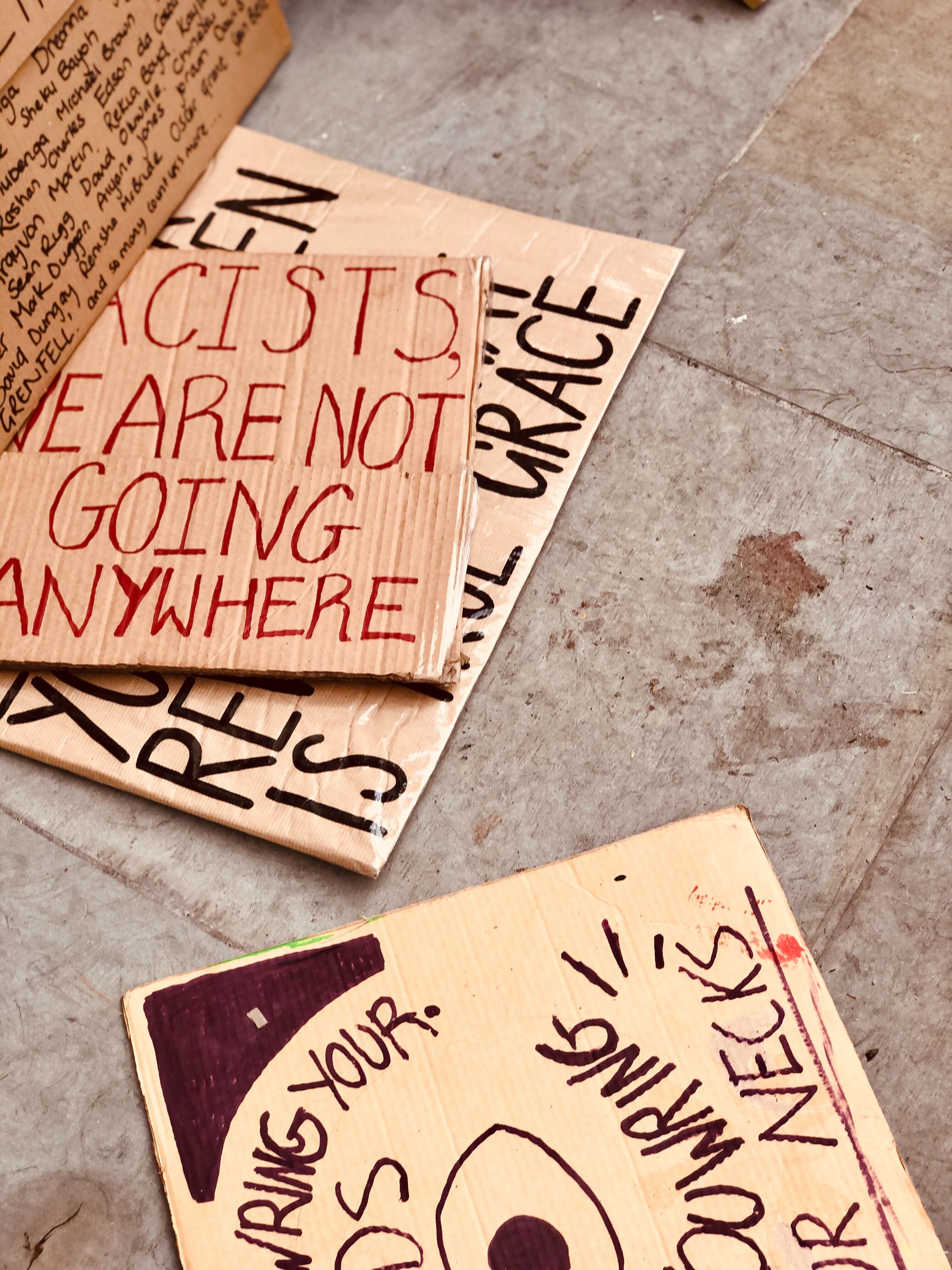 Throughout the month of August, we are planning a takeover of EachOther’s website by a series of four paid black guest editors. Each of them will be with us for a week, during which time they will help decide what stories we cover, whom we interview, what angles we take, and more.

This is just a start. Yes, we must ensure that black voices are heard in our stories, but we also need black teammates in our EachOther family.

We have extended our freelance journalist post, which Ella Braidwood has occupied with such verve these past three months, for a further three. With Ella shortly moving on to her next challenge, we are delighted that talented journalist Nadine Batchelor-Hunt has agreed to join us in that role from early August.  We are fundraising to make this a permanent, in-house position, for which we commit to recruit beyond our usual networks.

With an eye to the longer term, we are also now looking for at least two new trustees. We hope to find people who can not only address some of the skills gaps on our board but also reflect the diversity of our audience and come from communities unrepresented in our governance as things stand. In particular, we’re looking for enthusiastic candidates who are some combination of young, black, women, non-binary, on a low income or from outside London.

Besides recruitment, we will also be addressing structural imbalances in less visible ways. A policy audit we’re initiating will help ensure equality is baked into all our processes. We are in discussions with providers about taking training to spot and root out unconscious bias. In order to check we’re putting our money where our mouth is, we’ll regularly review progress as a team against these milestones.

We know these steps are only a beginning. The work of confronting racism – inwardly and outwardly – is never done. Sometimes, it will mean those of us with a platform shutting up and making way for others. Michael Etienne, a barrister and member of the steering committee of the Black Barristers’ Network, was right in a recent EachOther interview when he said:

Ultimately, enduring change will only happen when those who benefit most from the privileges of our current structures are prepared to acknowledge and then relinquish them.

If you are from a marginalised community and would like to find a way to work with us; if you have a story to tell which puts the human into human rights; or if you would like to support our work, either financially or in some other way, please get in touch.

In a systemically racist society, being non-racist is not enough. Opting for neutrality is siding with oppression. To be on the right side of history, we must be actively anti-racist in everything we are and do. So, today, all of us at EachOther renew our commitment as a team to work in ways that tackle prejudice and better reflect our society.

Discrimination / 6 Jul 2020 Why We Must Be Focused To Tackle The UK’s Systemic Racism
Discrimination / 9 Jun 2020 Black Lawyers On Working In The UK's Criminal Justice System
Discrimination / 5 Jun 2020 Anti-Racism Protests: What Are Your Rights Amid The Pandemic?
Institutions / 10 Dec 2019 A Letter To Our Readers: We've Changed Our Name – Here's Why