By Kieren Williams, Journalist 6 Jul 2020
Kieren Williams (right), who joined Black Lives Matter (BLM) protests in Oxford, writes about how the movement is at risk of being dragged into culture wars and must stay focused. Credit: Supplied.

If we want to make real change in tackling systemic racism, we cannot afford to become distracted.

First was the debate about whether or not to topple statues of problematic historical figures, after Bristol’s bronze memorial to 17th Century slave merchant Edward Colston was dethroned from its plinth and dumped in the harbour by protesters. Then came the debate around online video streaming platforms removing old TV shows containing racism, such as Faulty Towers and Little Britain. The UK’s Black Lives Matter (BLM) movement is at risk of being dragged into culture wars.

Debates around our history and our ever-changing approach to it are vital, as is curbing racism on TV. But right now, there is momentum geared towards making long-lasting change our grandchildren will feel. Not just a change in laws and business practices – but in ideas and in people’s attitudes.

Watch the moment a statue of slave trader Edward Colston is pulled down in Bristol city centre during #BLMbristol pic.twitter.com/B5JuwoN4u6

Systemic racism, also known as institutionalised racism, is racism that persists in societal and political organisations, leading to disparities in wealth, housing, criminal justice, employment, and health care, among other factors.

There is, of course, a time and place to address and redress very real issues of representation and racism on our screens. But as it manifested itself last month, it only served to distract from the cause, prompting another negative debate, not a constructive conversation to help make a difference. What’s more, the cancellations do not appear to have been called for by grassroots groups – but have, more often, been the result of TV execs pulling their own shows.

It appears that fewer people are now trying to pretend racism is an issue of just a few bad apples.

The problem of systemic racism is a very real one. In 2018, 43% of people stopped and searched by police in London were black – despite making up 15% of the population. Amid the ongoing pandemic, official figures show that black people were four times more likely to die from Covid-19. In education, black teachers tend to be lower paid than their white counterparts, according to the head of a teaching union. One of the immediate successes of the BLM movement is that, in just a few weeks, it has forced attention on the pervasive nature of institutional racism. It appears that fewer people are now trying to pretend racism is an issue of just a few bad apples.

The right not to be discriminated against is protected under Article 14 of the Convention on Human Rights. This prohibits discrimination against anyone on grounds including gender, race, colour, language, religion, national or social origin, property, place of birth, and more.

The UK also has a patchwork of hate crime legislation intended to outlaw racism in various forms. The Law Commission defines hate crimes as “acts of violence or hostility directed at people because of who they are”.

Anti-racism must not simply be a policy for any party to win votes; it should be a bedrock commitment across the political spectrum backed up with action.

However, debates about how political the disparate BLM movement is only serve to divide opinion on an issue where the consensus ought to be universal. Anti-racism must not simply be a policy for any party to win votes; it should be a bedrock commitment across the political spectrum backed up with action. It’s an issue of treating people fairly, equally and justly in their own streets and homes. Making it something politicians hash out for votes won’t help us make progress. 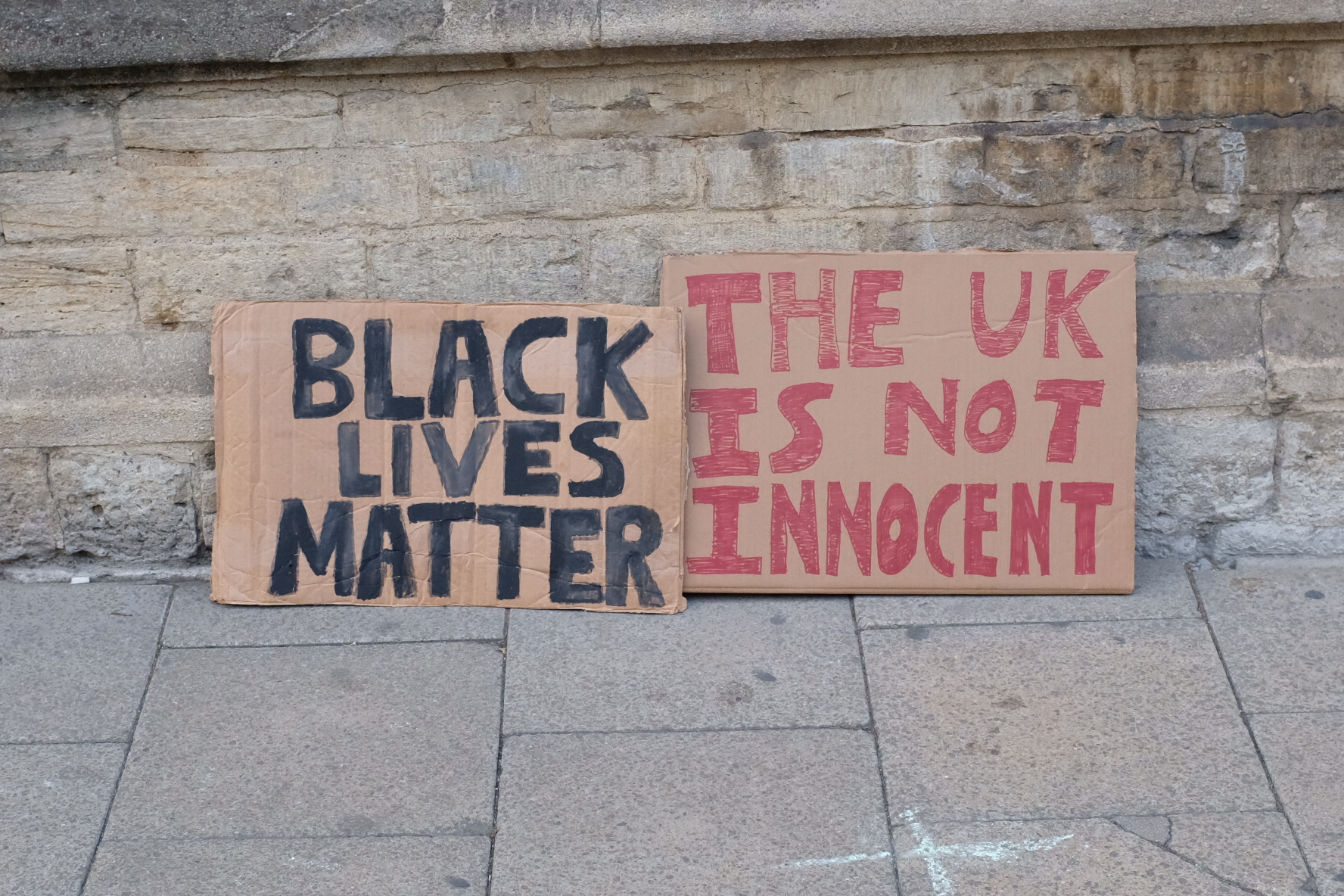 The problems we face here are real, deep-set issues within our wider society. Issues of racism within the police and their dealings with black communities were laid bare more than 20 years ago in the Stephen Lawrence Inquiry. This stemmed from the the racist murder of a young black man, waking up the nation to institutional racism within the police.

The 2017 Lammy Report – named after its chair MP David Lammy – highlighted the under-representation of black, Asian and minority ethnic (BAME) communities in the judiciary, and the prejudices and racial bias BAME people face in England and Wales’ criminal justice system.

A 2020 review into the causes of the Windrush scandal, which destroyed the lives of thousands of people who had been living in Britain for decades after arriving from the Caribbean, found that they “can be traced back through successive rounds of policy and legislation about immigration and nationality from the 1960s onwards”. These policies culminated in the strict “hostile environment” immigration rules introduced in 2012 by former home secretary Theresa May, which required employers, health services and landlords to demand evidence of people’s immigration status.

The issues don’t end here. From my own experience in journalism, our newsrooms are predominantly white. When covering issues like the BLM movement, this is a problem. There is a myth that a media industry made up overwhelmingly of white journalists can be objective, historically neutral, and without an agenda. But, when it comes to the issue of race, this myth could not be further from the truth.

All these problems come with solutions. All the major reports I have mentioned contain recommendations, many of which are still waiting to be implemented. Among the recommendations on the report on Windrush is to conduct a full review and evaluation of the hostile environment immigration policy and it’s compliance with equality law. The Equality and Human Rights Commission announced last month it would conduct this review. Meanwhile, a recommendation in the Lammy Report for the government to set targets to achieve a “representative” judiciary and magistracy by 2025 remains unimplemented.

Targeted investment into the health and social care and schools in minority ethnicity neighbourhoods is needed, as is better community outreach to these same people. Increased representation of minority ethnicity communities in the judiciary, as well as within other sectors of society, such as the media, is vital. I’m testament to that.

With a more diverse and inclusive workforce, more stories are told from more points of view. That way, we get a plurality of voices and more opinions, which widens the debate and introduces answers we wouldn’t hear otherwise. Like this one, you’re reading right now. 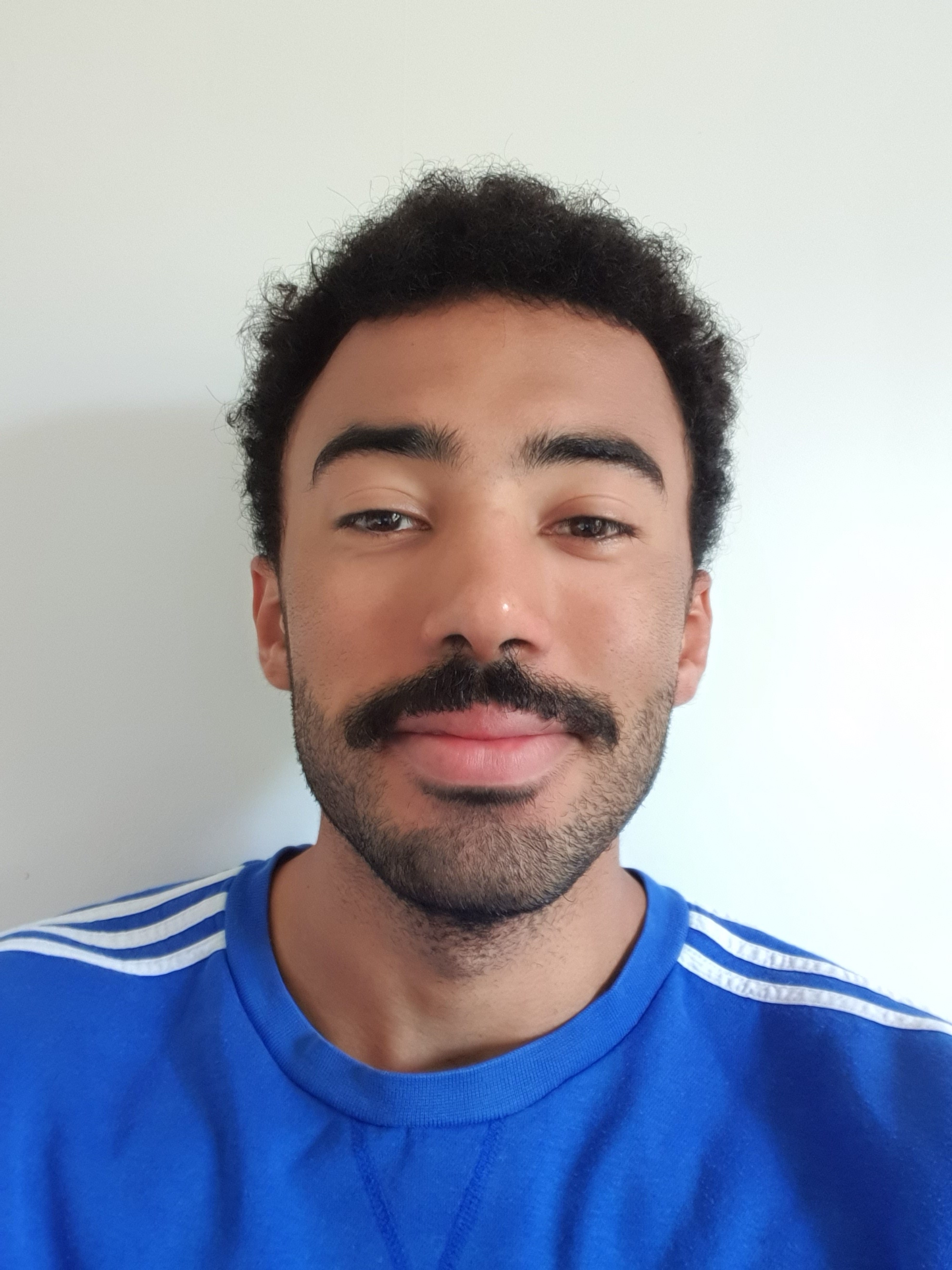 I'm a young journalist, currently working/interning for the Daily Mirror, looking to make a career out of it all. I am currently working from the comfort of my (parents home) but I am usually in London.

I'm a young journalist, currently working/interning for the Daily Mirror, looking to make a career out of it all. I am currently working from the comfort of my (parents home) but I am usually in London.

A global netwok that build power to bring justice, healing and freedom to black people across the globe.

A team of pro-bono lawyers offering support to BLM protesters.