Every year, for 24 hours, the Shetland town of Lerwick is ablaze as its people celebrate one of Scotland’s most traditional and eye-catching festivals, Up Helly Aa. Now, a campaigner is calling on the local council to condemn a ban on women’s involvement in the event, setting it a March deadline to do so. Should the council fail to encourage the participation of women by then, it will be reported to the Scottish Human Rights Commission for breaching legislation under the Equality Act 2010.

Up Helly Aa (UHA) dates back to 1881. Its traditional fire celebration features a procession of Vikings, organised into groups called squads, who light torches in an historic ceremony, attracting visitors from far and wide.

In recent years, the Shetland Islands Council (SIC) have come under fire for allowing the festival organisers to ban women from the procession. While women are allowed to organise and cater for the event, they are not allowed to participate in the procession itself.

Peter Hamilton, a campaigner protesting for women’s inclusion, told Shetland News that he will report the SIC to the Scottish Human Rights Commission because he believes: ‘(It) breaches the Equality Act, in that it actively discriminates against gender and reinforces harmful stereotypes which ultimately lead to violence against women.’

The council states it is not responsible 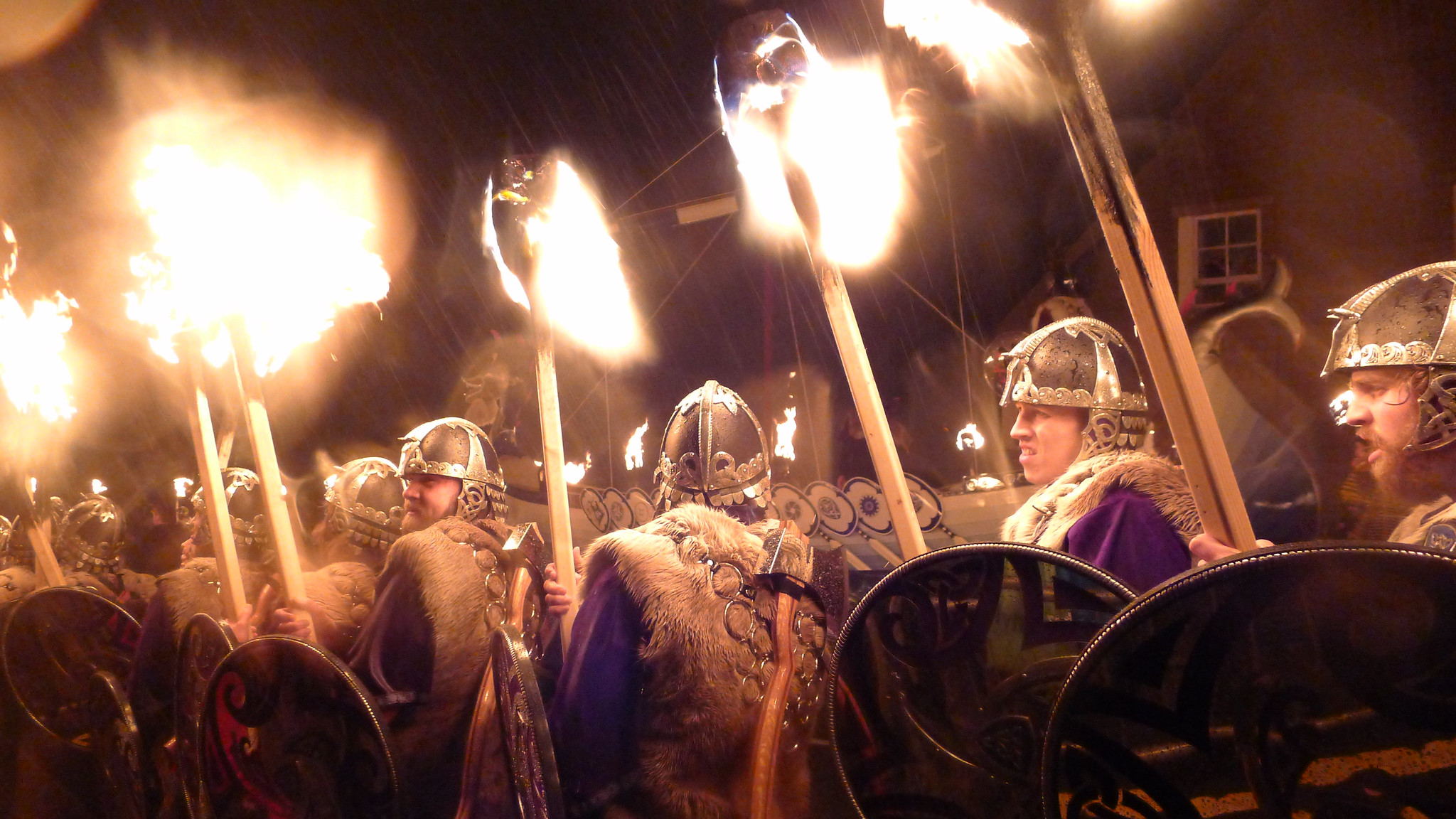 Despite the festival being cancelled this year due to coronavirus restrictions, campaigners took the opportunity to protest outside of council buildings on the day Up Helly Aa would have taken place.

In response to the peaceful protest, Convener Bell of SIC stated: “Up Helly Aa is a community festival and doubtless it will change when the community is ready to change it.”

“I personally do not care who takes part in Up Helly Aa, but, in the abstract, should anyone be prevented from taking part in something purely on the basis of their sex, then clearly the answer is ‘no’. Again, I have said that repeatedly”.

“Perhaps the current postponement of the festival due to Covid is an ideal opportunity for both sides in the debate to engage constructively with each other.”

Bell also stated that the council does not control and therefore cannot dictate the inclusion of women and girls. Nor has SIC collectively spoken out in support of changes to make the festival more inclusive.

The council must encourage inclusivity 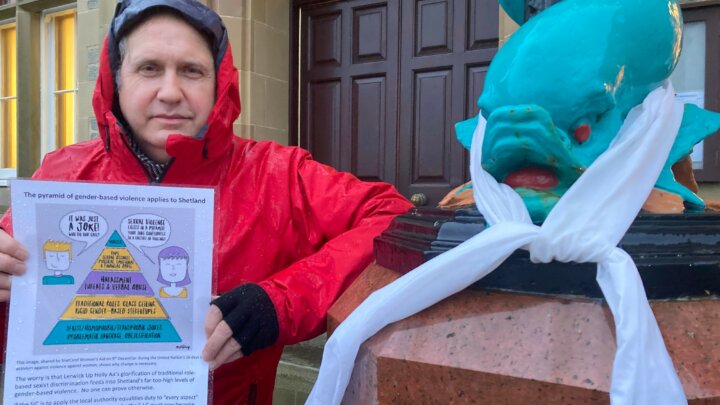 In response to Bell’s statement, Hamilton made it clear that the council have a responsibility not to endorse a sexist celebration:

“Gender-based violence in every community is going to need action by men in each community to fix. I am sure Convenor Bell privately agrees, even though publicly he says human rights and equalities can be delegated to ‘the community’. To keep in line with the 2010 Equality Act, Shetland’s Equality Outcomes Progress & Mainstreaming Report 2021–2025 requires the council to ‘eliminate discrimination’”.

“So, the way forwards for the council is simple. Instead of having a civic ceremony to endorse this sexist celebration, the convenor needs to invite the UHA committee into a meeting, and they need to accept that invitation.”

So far, we are not aware of such an invitation being sent. 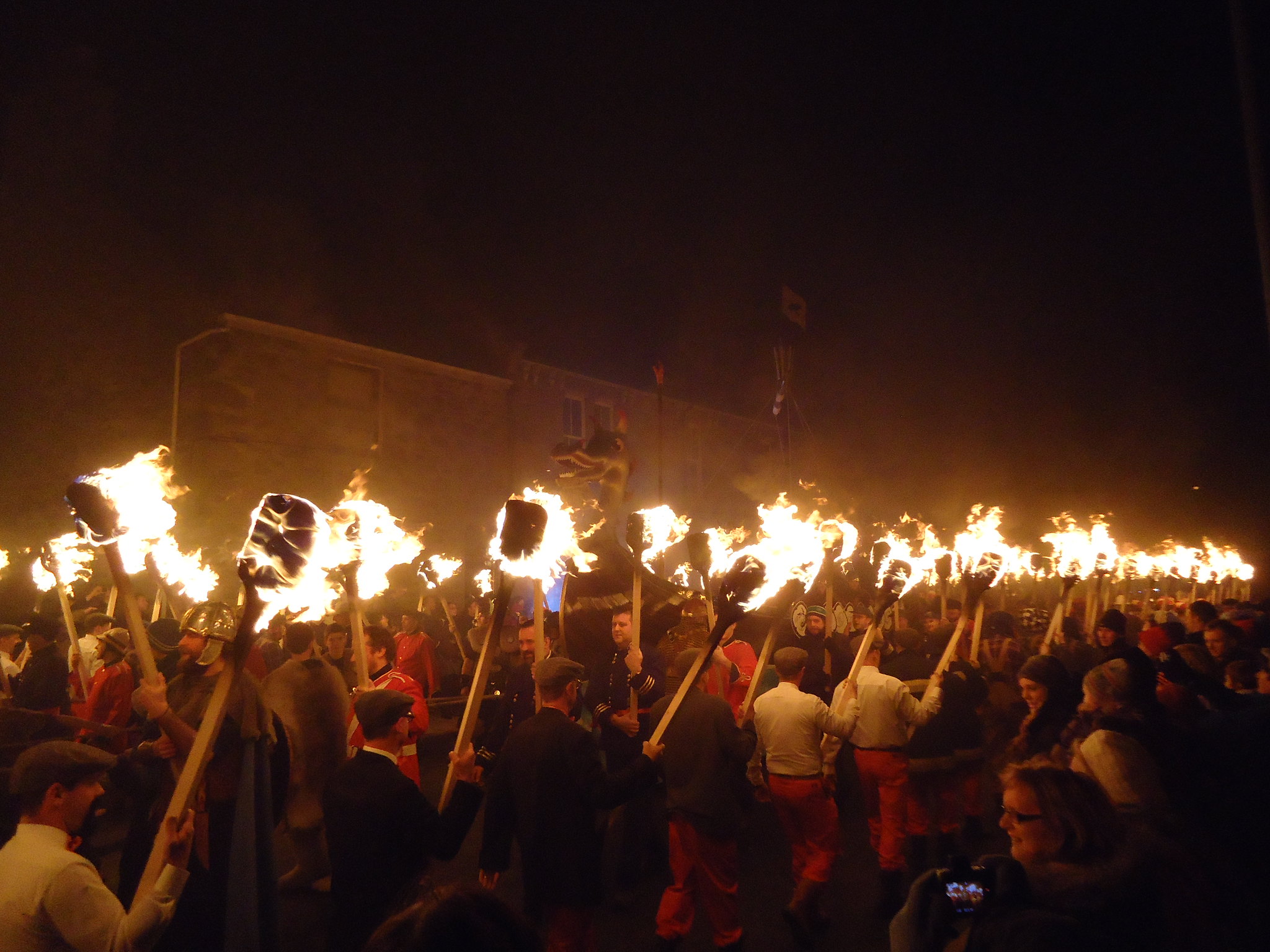 In an open letter to the council, Hamilton highlights that the Lerwick Up Helly Aa Committee have banned  things which are offensive in the past:

“If it is a community event, you should be keen to learn how it feels to grow up trans or gay in Shetland, and whether the all-male nonsense makes them want to stay, leave, or indeed leave and never come back”.

“Many young Shetlanders are on an entirely different page on issues around gender and sexuality and feel increasingly alienated from your hyper-gendered, outdated version of UHA, which has only just turned its back on racist portrayals of men (The Lerwick Up Helly Aa Committee banned ‘blackfacing’ in response to protests), but yet still has nothing to say about sexism, transphobia and homophobia.”

While total recorded crime in Scotland has fallen by 24% over the last 10 years, recorded sexual crimes in Shetland have more than doubled during that time, increasing by 124%.

Hamilton went on to state:

“Turning a blind eye to sexist comments and promoting discrimination feeds into our shameful statistics, and these figures are just the tip of an iceberg that is made up of real people. This is your daughters, your pal’s daughters, your son’s girlfriends and their pals we are needing to make safer by changing the attitudes towards women and girls in our community.”

It seems the Lerwick community are sharing their opinions online in the hope of shifting attitudes. One Twitter user reacted to the call for inclusion being dismissed as a breach of ‘male rights’.

I've seen two comments today criticising the campaign for women's inclusion in Up Helly Aa as an attack on 'men's rights.' I appreciate the concern but I think we'll be ok.

Someone else took to social media to share her own experience of attending the festival which she wasn’t allowed to take part in:

Experiencing Up Helly Aa in Shetland back in January 2020 was a unique experience giving the fact that there's nothing like it down south, the only thing that bugs me about it is that only the males get to partake in the actual festival on the night and women aren't allowed 😶😶

Another alludes to past comments that have threatened violence against women over calls for change:

When the writer of this letter tries to insist that the exclusion of women from Lerwick Up Helly Aa squads isn't sexist, but the comment threads on the FB post flagrantly demonstrate otherwise 🤦🏼‍♀️ no r*pe threats this time at least but we'll see how long that lasts https://t.co/p651Ms51DR

Up Helly Aa for Aa, a group campaigning for change by allowing girls and women to become squad members, also responded to the council, reminding them that they don’t make the law.

Sally Huband of Up Helly Aa for Aa stated:

“We would like to stress that (the council’s statement) is not a ‘ruling’ in any legal sense – only courts and Parliament can make these rulings. This is SIC clarification of guidance following an investigation that SIC initiated. Local authorities and other organisations must comply with the law; they do not have the power to make the law”. 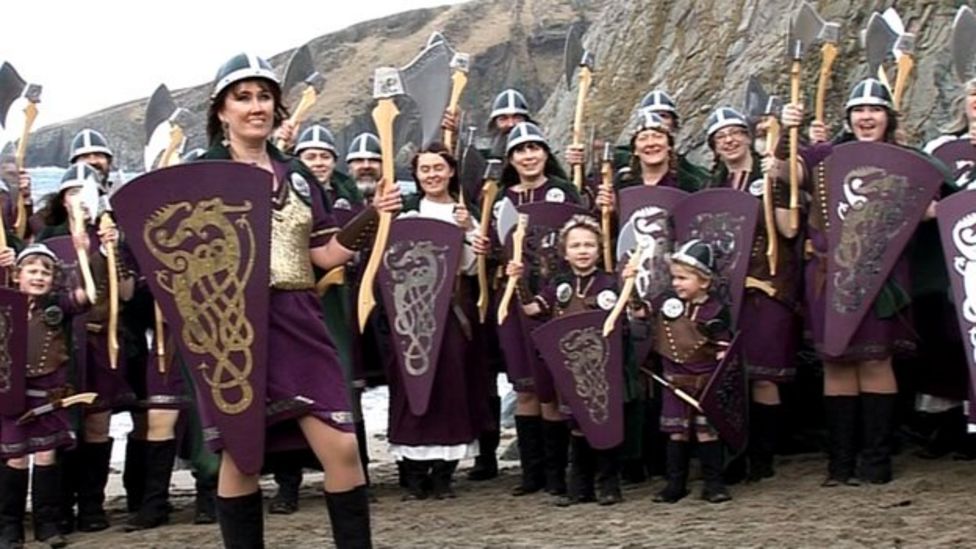 The group have continuously fought for women and girls to be included in the procession:

“In 2018, Up Helly Aa for Aa wrote twice to the Lerwick UHA committee in support of those girls and women who would like to join squads. We received no response. We also wrote to the Junior UHA committee to support four S2 Anderson High School girls who applied to form a squad. The Junior committee responded to the group to confirm that they would not accept applications from girls”.

“As a consequence of both committees refusing to engage with us, we wrote to SIC to ask if we could work collaboratively with them to encourage an end to this discrimination and confirm their commitment to their Public Sector Equality Duty. Up Helly Aa for Aa did not submit a complaint to SIC. SIC instead chose to initiate a complaints process. We are disappointed that SIC has instead triggered this more formal complaints process.”