‘We Need To Rethink Our Idea Of Justice’: The Young People Calling To Defund The Police

The 4Front Project is an organisation that works to empower young people to campaign for justice. Its vision for the future includes defunding the police, meaning that funding for police forces would be reallocated to support local communities. Sara Chitseko, head of development and policy at The 4Front Project, tells us about the group’s work.

Based in north-west London, The 4Front Project works to achieve its aims using community-focused work in a variety of ways, such as providing one-to-one support for members and supporting them to engage in activism work. The group also does advocacy work on behalf of its members, including in the spheres of criminal justice and education. “So often young people that are the most marginalised in society are excluded from campaigning, change-making work,” explains Chitseko. “So we put them literally at the forefront.”

‘The 4Front Project empowers young people and communities to fight for justice, peace and freedom’

Alongside these aims, The 4Front Project campaigns against police brutality and racial injustice. This includes calling to defund the police, which means divesting funds from police forces so that it can be reallocated in non-policing forms such as community-based services.  “When we say defunding the police, it’s recognising that the police are inherently violent and inherently racist,” explains Chitseko. “But it’s about more than just taking money away from the police and reducing their power, although we definitely want that to happen, it’s also about investing in community alternatives.”

The 4Front Project’s work feeds into the global Black Lives Matter movement, which was reinvigorated earlier this summer following the horrific killing of George Floyd in the US. Floyd’s death resulted in mass anti-racist protests across the UK, calling for justice and an end to police violence. This Saturday (8 August),  The 4Front Project has organised a protest against police violence outside Tottenham Police Station. 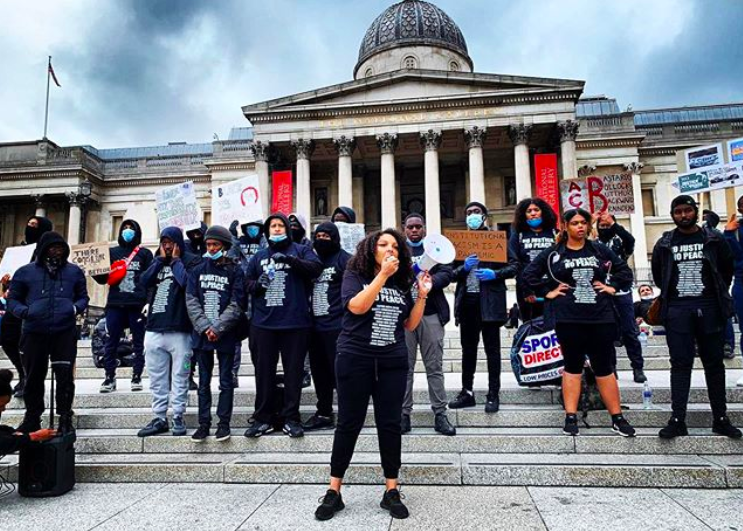 The 4Front Project’s activism has garnered some high-profile support, too. This month, founder Mwale featured among 40 activists across the world in Vogue’s September issue, which highlighted the work of the Black Lives Matter movement. In February last year, Mwale was also chosen by rapper Stormzy to feature on the cover of Elle magazine, which paid tribute to the young Black Britons who inspire him the most. Author Reni Eddo-Lodge, who penned the chart-topping book Why I’m No Longer Talking to White People About Race, donated her winnings to The 4Front Project when she bagged the Jhalak Prize in 2018.

For Chitseko, police brutality is an ever present reality in the UK, supported by the statistics. According to Home Office figures analysed by Liberty last year, Black people are 40 times more likely to be stopped and searched by police without suspicion than white people. While Black people make up 3% of the UK population, they accounted for a disproportionate number – 8% – of deaths in police custody between 2010 and 2019.  “The UK isn’t innocent,” says Chitseko. “There’s been 1750 deaths in police custody in England and Wales since 1990 – no police have ever been held accountable [since 1990].” In June, The 4Front Project revealed that one of its youth support workers had launched legal action against the Metropolitan Police, after he was arrested and fined for allegedly breaching lockdown rules. The force has claimed it used “proportionate” enforcement of the lockdown rules during the incident.

The Black Lives Matter movement must be more than a passing moment. As a small step towards this end, EachOther is lending its platform to four Black guest editors who are working to fight injustice. They will examine the themes of justice, education, charity and journalism in the UK. Our justice editor is barrister Ife Thompson, the founder of Black Protest Legal Support UK (BPLS), who has curated EachOther’s coverage this week.

‘Police need to be held accountable’

Chitseko adds that defunding the police would also mean “investing in services” which would be “community” and “centre healing rather than punishment”. She says that a “key approach” used at The 4Front Project is the concept of “transformative justice“, which for her is “about centring accountability and responsibility, but harm reduction without relying on policing because they can create more violence”. As Chitseko explains: “So much of the narrative around policing is that they keep people safe. They don’t keep people safe, they violate our community. So it’s investing in services that would actually promote safety and enable young people to live happier lives.” She stresses that the “police need to be held accountable”, but asks: “How can we start moving forward when the police have never even admitted wrongdoing?”

At the moment, the way justice is understood in society is it’s just about punishment. But that doesn’t actually make society safer, or better for anyone. 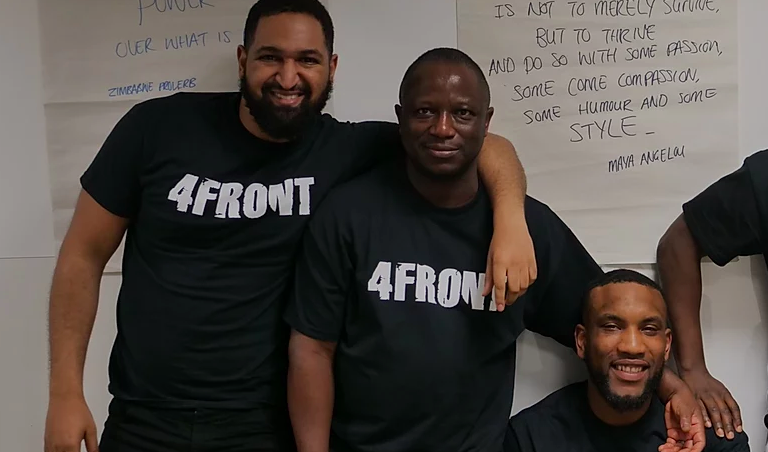 When it comes to the criminal justice system in the UK, Chitseko says that it “needs to be completely rethought”. She adds: “All of it is so flawed, like at every stage […] we need to rethink our idea for justice. At the moment, the way justice is understood in society is it’s just about punishment. But that doesn’t actually make society safer, or better for anyone.” For Chitseko, positive change must happen following the killing of Floyd and the anti-racist protests – and it needs to happen now. “It’s not something that I can sit and be like, ‘Will it happen or will it not?’ Because the alternative is that more people are killed,” she says. “At The 4Front Project, we support young people that are at the harshest receiving end of police brutality every day, and I’m not having it anymore.”

Ultimately, she says, young people need to be a fundamental part of this societal change. “You need to provide opportunity for young people to feel like they have a stake in society and feel that they can change it,” she adds.

A youth-led organisation empowering young people and communities to fight for justice, peace, and freedom.