After her car failed its MOT, Dami Makinde considered driving to a different test centre for a second opinion when she was overcome with fear.

“I literally almost broke down and cried because of the fear that I could be arrested,” said the 26-year-old. “It feels like I am on never-ending probation … we can do something wrong and get deported.”

Makinde, co-founder of migrant charity We Belong, came to the UK from Nigeria when she was only eight years old.

Every two years she has had to fork out £1,033 for the Home Office to extend her “leave to remain” in UK, plus a further £1,000 to pay a health surcharge.

The costs are such that she, and many young migrants like her, must forego going away on holiday or even visits to the cinema with friends.

More than 18 years later, she still does not yet have British citizenship and feels as if the government considers her “an outsider, a lower-class citizen, a cash cow immigrant”.

She added: “It’s incredibly sad when young people, who are future leaders and have the potential to create a legacy, face long-term damaging effects on their mental wellbeing because of the burden to remain lawful in a country they call home.”

Her testimony was one of many shared at an event in Westminster on Wednesday (26 February), which featured young migrants calling for the government to end its “hostile environment” immigration policies.

MPs heard how children are being left to go hungry without free school meals because their parents have “no recourse to public funds” (NRPF) – a condition which means they are ineligible for social security due to their immigration status.

Among those with NRPF are the UK’s estimated 230,000 undocumented children and young people.

“Children tell us that having no recourse to public funds leaves them socially isolated, distressed, ashamed and unsafe,” said Abi Brunswick, director of migrant charity Project 17.

“Schools’ participation in the hostile environment reinforces these feelings and further separates one group of young people from their peers.” 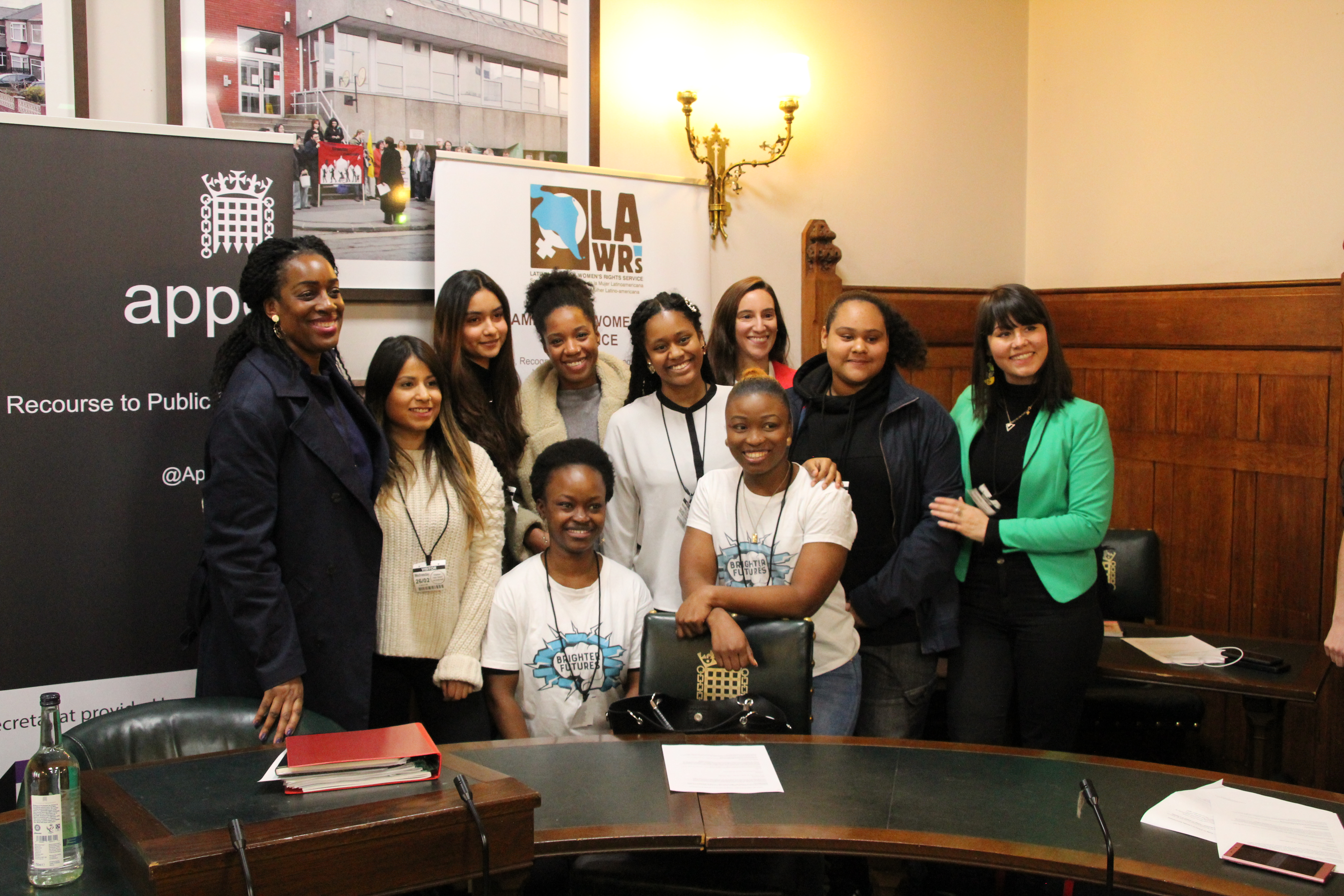 The event also highlighted the secret sharing of children’s data between the Department for Education and the Home Office, sparking fears it could be used for immigration enforcement purposes.

“Children’s data is mined and shared with the Home Office to be used in immigration enforcement against their families,” said Gracie Bradley, policy and campaigns manager at human rights group Liberty.

“This means that, if you’re an undocumented parent, you may be scared to send your child to school and feel frightened about their future.

“The government must end the hostile environment so all children can grow up free from fear.”

Charities Brighter Futures and the Latin American Women’s Rights Service were also among those calling for the government to scrap the hostile environment – which gave rise to the 2017 scandal in which members of the Windrush generation were deported.

The event came a week after the government unveiled its new “points-based” immigration system, which will close the door to “low-skilled” migrants. Kate Osamor MP, who chaired the event, described the government’s proposals as “problematic” and warned they would fuel racism.