Winning Hearts and Minds – Lessons From the Gay Rights Movement

By Winning Hearts and Minds - Lessons From the Gay Rights Movement, 18 Apr 2018

Of all the civil rights struggles in recent history, the success of the gay rights movement is perhaps the most extraordinary.

Back in 1987, when the HIV/AIDS epidemic was still gathering force, the future looked grim as public opposition to same-sex relations reached a peak of 75 percent in the UK.

However, remarkably, the following few years saw a dramatic shift in popular opinion. Within a decade, the proportion of people who believed that sexual relations between two people of the same sex was ‘always wrong’ had fallen to 44 percent. By 2010 that figure would sit at 20% and a whole new generation has now been raised for whom gay marriage is largely uncontroversial.

But how did the gay rights movement achieve such success? These incredible achievements did not come easily. A tough and concerted campaign was waged, not just for legal equality in institutions such as the education system and the military, but against the culture of prejudice which sought to deny gay people their dignity.

It is a similar culture of prejudice that many other marginalised groups face today. Britain’s Muslim community faces particular suspicion, with a YouGov poll in 2017 finding that 55 percent of British people support racial profiling for Arabs or Muslims.

Whilst the fight for gay rights and equality is by no means over (the struggle continues globally for the LGBT community), the history of the gay rights movement contains crucial lessons for other human rights movements of the 21st century.

And, in the challenging times human rights activists face today, there is no question that models of successful activism are still sorely needed. Tackling prejudice has always been a matter of appealing to emotional instinct rather than reason. In the fight for gay rights, pop culture was on the frontline.

In 1987, Eastenders broke new ground by showing two men kissing. The mid-90s saw the broadcast of Gaytime TV, the first ever lesbian and gay television series on the BBC. Unlike Gay Life, its more sobering predecessor on London Weekend Television, Gaytime TV’s purpose was not to cast light on homophobic injustice but to challenge the squeamishness of British society at the time by celebrating gay lifestyle.

Pride marches in Britain took place in Manchester in 1990 and in Brighton and London in 1992. Changes in societal attitudes to homosexuality gathered pace throughout the 1990s as positive media exposure of lesbian and gay people became gradually more widespread.

From Tragedy to Change This success took place in the wake of one of the greatest tragedies to strike the gay community – the HIV/AIDS crisis. Following the partial decriminalisation of homosexual acts in 1967, it looked as if public attitudes to homosexuality were slowly beginning to shift in a more favourable direction. Tom Robinson’s hit Glad to be Gay, written for the 1976 gay pride parade, reached the Top 20 in the charts that year.

However, the outbreak of HIV/AIDS in the 1980s triggered a moral panic in British society which culminated in the implementation of Section 28, forbidding the ‘promotion of homosexuality’ in state schools – the first new anti-gay law in a century.

Whilst this legislation came as a blow to the gay rights movement, which had been making steady progress, veteran campaigner Peter Tatchell has argued that it galvanised support for the cause and “it drove us to a level of activism unprecedented in our history”. The gay rights movement only truly started winning hearts and minds when it became fully visible and gay voices could no longer be ignored. This story has obvious implications for other ongoing human rights campaigns, such as the campaign against Islamophobia.

During the 2016 London mayoral election, polling suggested that 31% of Londoners would be ‘uncomfortable’ with a Muslim mayor. This prejudice stems largely from ignorance and fear, produced by media which is saturated with stories of Islamic fundamentalism with little space for positive portrayals of ordinary Muslims.

Just as the gay rights movement challenged prejudice through popular culture, the television and film industry ought to listen to public figures like Riz Ahmed, who has called on producers to stop typecasting Muslim actors as terrorists.

Positive visibility was key to the success of the gay rights movement because it challenged prejudice at its root. Homophobic myth lost its currency once the public became accustomed to the reality that gay people were relatable human beings, with feelings and aspirations, rather than corrupted sexual deviants.

By the same token, if Islamophobic prejudice is to be overcome, the media will have to lead the charge. 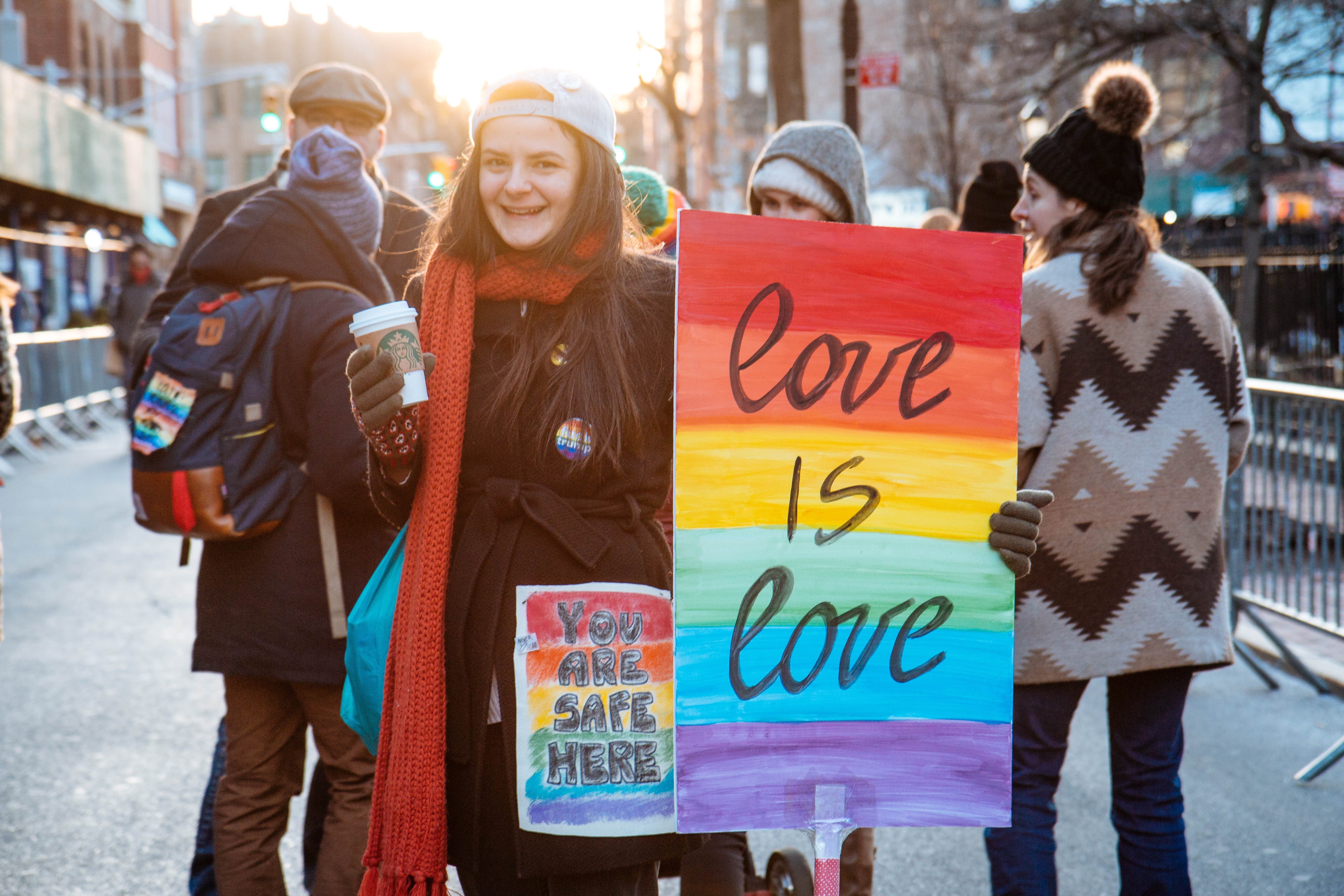 Winning Hearts and Minds - Lessons From the Gay Rights Movement