Will The UK Welcome People Fleeing Putin’s War In Ukraine?

As the Russian invasion of Ukraine continues, questions rage, alongside the war, about how the UK should protect Ukrainians seeking refuge.

Last week, the government announced that Ukrainians with relatives in the UK can come to the UK visa-free, but the so-called ‘concessions’ offered, compared with what was already permitted, appear minimal, triggering widespread criticism.

“We stand shoulder to shoulder with Ukraine amid this unprovoked and anti-democratic act of Russian aggression,” said home secretary Priti Patel. “I have immediately ordered changes to our visa policy to provide certainty to our Ukrainian friends and colleagues living, working and studying in the UK.”

Some of the Home Office’s changes include permitting Ukrainian nationals already in the UK to extend their leave to remain, allowing Ukrainian nationals on an existing visitor visa to switch to the points-based immigration system without having to leave the UK, as well as extending seasonal worker visas to 31 December 2022.

The policy shifts also included an update for those hoping to apply for a family migration visa. The move appears to redefine what is meant by immediate family, which raises questions about potential breach of Article 8 of the Human Rights Act – the right to family life.

“Whilst we welcome the Government’s decision to relax visa requirements for Ukrainian people seeking to unite with their family members in the UK, it falls well short of what is needed and does very little to reassure Ukrainians fleeing war and bloodshed that they will be able to seek sanctuary in our country,” said Enver Solomon, the head of the Refugee Council. 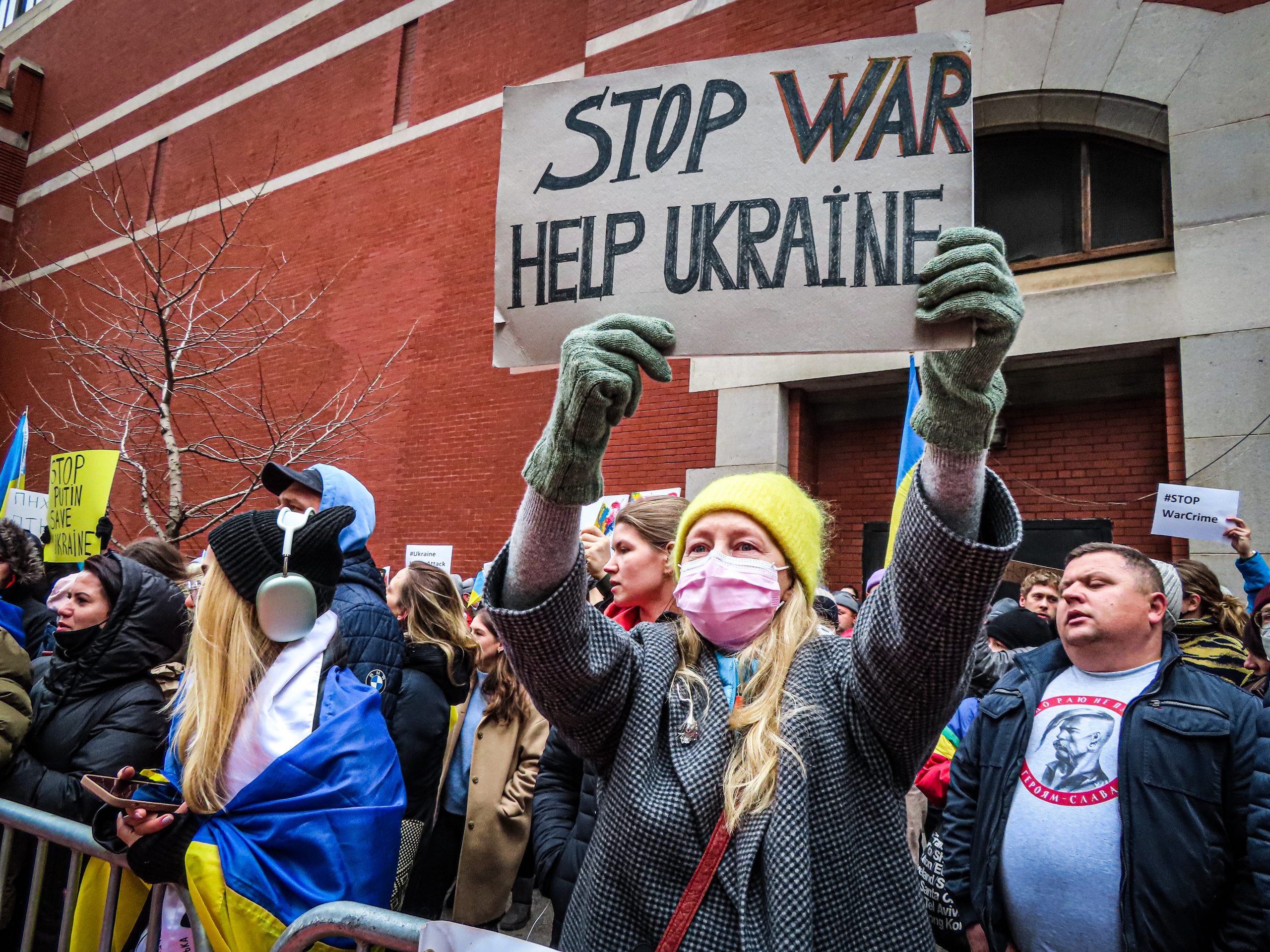 The allowances exclude siblings, adult children and adults’ parents. In a statement, the government said that updates to the visa system for Ukrainians would include “immediate family members”. It read: “Any person settled in the UK will be able to bring their Ukrainian immediate family members to join them here. This will benefit many thousands of people who at this moment are making desperate choices about their future.”

However, the definition of immediate family appears limited, meaning many even close family members in Ukraine will be unable to reunite this way with their relatives in the UK.

Shameful of Govt to refuse to even help other relatives in a terrible European war like this.

The announcement sits uncomfortably with Article 8 of the HRA which reads: “Everyone has the right to respect for his private and family life, his home and his correspondence. There shall be no interference by a public authority with the exercise of this right except such as is in accordance with the law and is necessary in a democratic society in the interests of national security, public safety or the economic well-being of the country, for the prevention of disorder or crime, for the protection of health or morals, or for the protection of the rights and freedoms of others.”

Relationships covered by HRA Article 8 include relationships between parents and children, regardless of age, as well as between siblings. The exclusion of brothers and sisters, adult children and adults’ parents from the government’s visa updates means many Ukrainians with family in the UK will be unable to seek refuge here via this route. The right to family life also encompasses the right to have and maintain family relationships, including preventing separation. 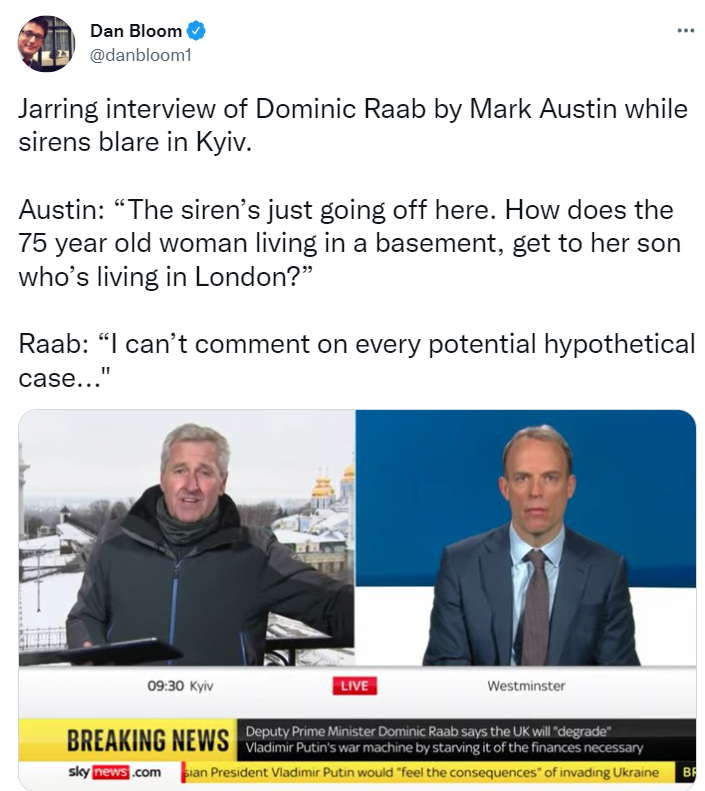 In Tweets responding to the government’s visa updates, Labour MP Yvette Cooper said: “What are they thinking? What about people struggling to get elderly parents here, or Ukrainians who can’t come stay with sister or brother here?”

She continued: ​​​​“Shameful of [government] to refuse to even help other relatives in a terrible European war like this. Home Office must immediately extend this to wider family members and then they must set out a broader sanctuary route, so UK also does its bit to help other Ukrainians too.”

In the midst of the criticism, immigration minister Kevin Foster was met with outrage after he posted a since-deleted Twitter message stating that there are “a number of routes, not least our seasonal worker scheme” for Ukrainian nationals fleeing the bloodshed in their homeland and trying to get to the UK. 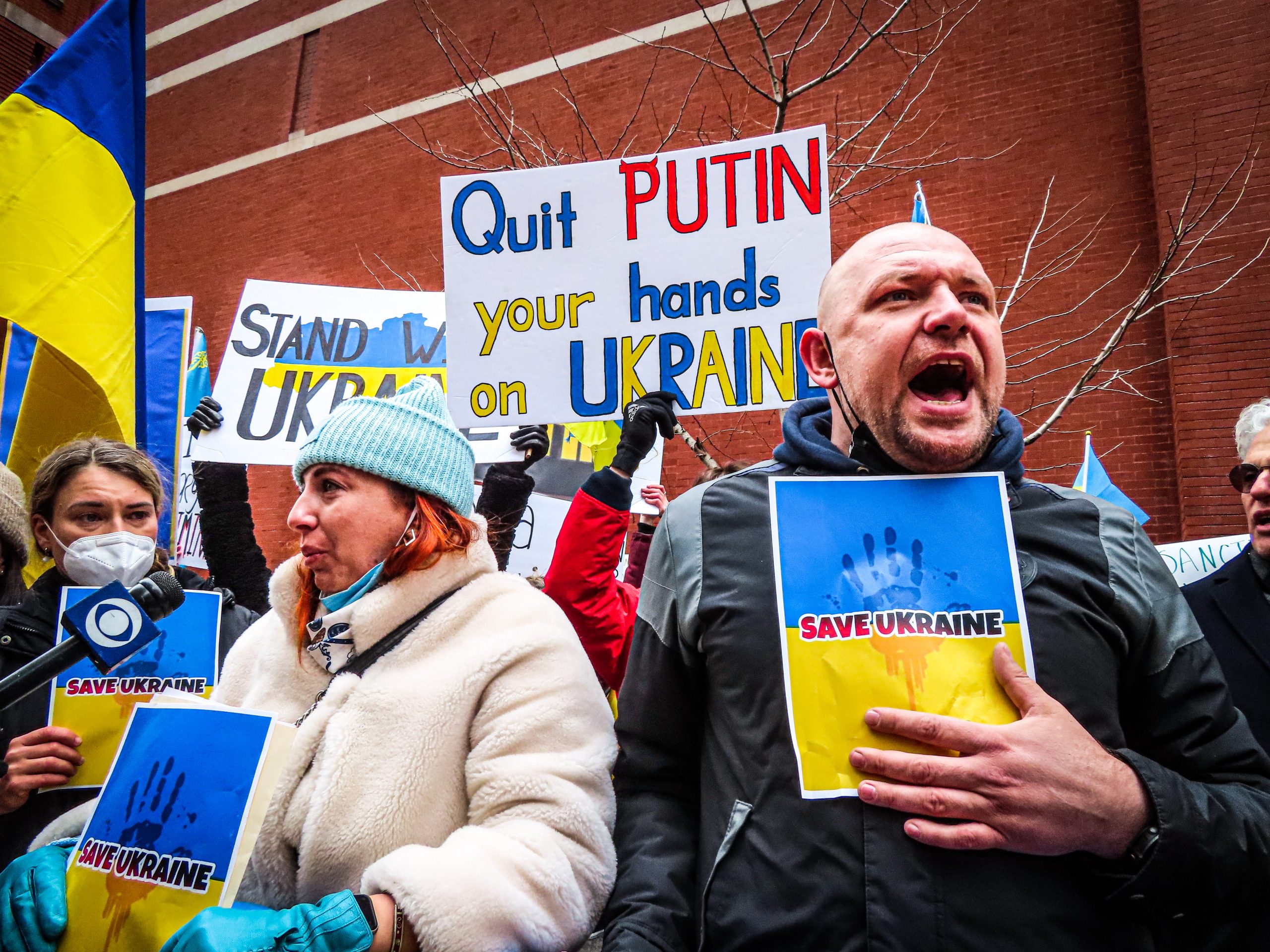 Nazir Afzal, a former Chief Prosecutor, said in a Tweet: “[Government] have now defined “family” to exclude an adult’s parents, their brothers & sisters and pretty much everybody else that Boris Johnson, Patel, Sunak and Truss would call ‘family’ if it was their own. Even with a nation’s goodwill, they can’t even get this right. I despair.”

A petition has been set up, urging the government to waive visa requirements for Ukrainians forced to abandon their country, as the EU is doing now the UK has left it. A YouGov poll on 28 February found that 77% of the British public would support allowing Ukrainian refugees to come to the UK without a visa.

The government’s response to the crisis in Ukraine differs markedly from its response following the Taliban’s takeover of Kabul. Although its reaction to the fall of Afghanistan was far from perfect and did attract criticism at the time, it did swiftly announce plans to resettle 5,000 Afghans by 2022, growing to 20,000 over five years. No such promises have been made for Ukrainian people trying to escape the conflict there.

The public waits to see if the government will change its mind again and adopt a more inclusive definition of family for Ukrainians trying to escape the Russian onslaught. Sky News has reported that the government is expected to announce another visa update shortly. The Home Office was approached for comment but did not provide one.

This article touches upon the Right to Family Life, one of the 16 rights outlined in the UK’s Human Rights Act (HRA). This week, we are running five days of content dedicated to the HRA, which is now at real risk. Catch up with all our content on the HRA under a spotlight here.