Will The Next Prime Minister Defend Our Human Rights?

Support EachOther's independent journalism, filmmaking and storytelling to build backing in the UK for human rights.

Following the latest round of voting by Conservative MPs, two candidates remain in the Tory leadership race: former Chancellor of the Exchequer, Rishi Sunak, and Foreign Secretary, Liz Truss. However, with both candidates’ records being questioned, can we be confident the next prime minister will defend the human rights of people in the UK?

Rishi Sunak, who recently resigned as Chancellor of the Exchequer, leaving No 11 Downing Street, is now running to replace Boris Johnson in No 10. EachOther recently delved into Sunak’s human rights voting record, finding the multimillionaire has consistently voted in line with the Conservative whip.

We also looked at the record of Foreign Secretary, Liz Truss, who is the other candidate in the running to replace Boris Johnson as Conservative Party Leader and the UK’s next Prime Minister. Records show that, under the current government, she has never rebelled against the party majority but she has voted in favour of equal rights and same-sex marriage, unlike her opponent who has been absent from recent equality votes.

However, Sunak has pledged a “manifesto for women’s rights”, which includes proposals to prevent trans women participating in women’s sport, as well as controversial guidance for schools on teaching around questions of sex and gender.

One of Sunak’s most notable moves was the introduction of the furlough scheme when the country faced national lockdowns as a result of the Covid-19 pandemic. While he was largely commended by his peers for introducing the scheme to support workers throughout the crisis, Sunak has not always voted in favour of defending the socio-economic rights of people living in the UK. 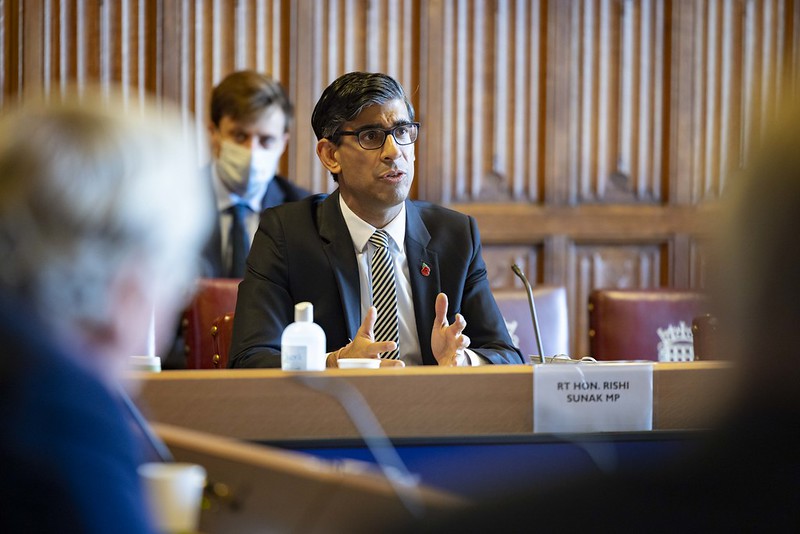 A glance at Sunak’s human rights voting record show that he has consistently voted against socio-economic policies that may benefit, for example, people who claim the benefits to which they are entitled. Sunak, who has recently been dubbed “the richest man in the House of Commons”, has consistently voted for privatisation of the transport sector and against measures to reduce tax avoidance.

Sunak has voted against publicly owned railway systems in the UK and generally voted against greater public control of bus services. 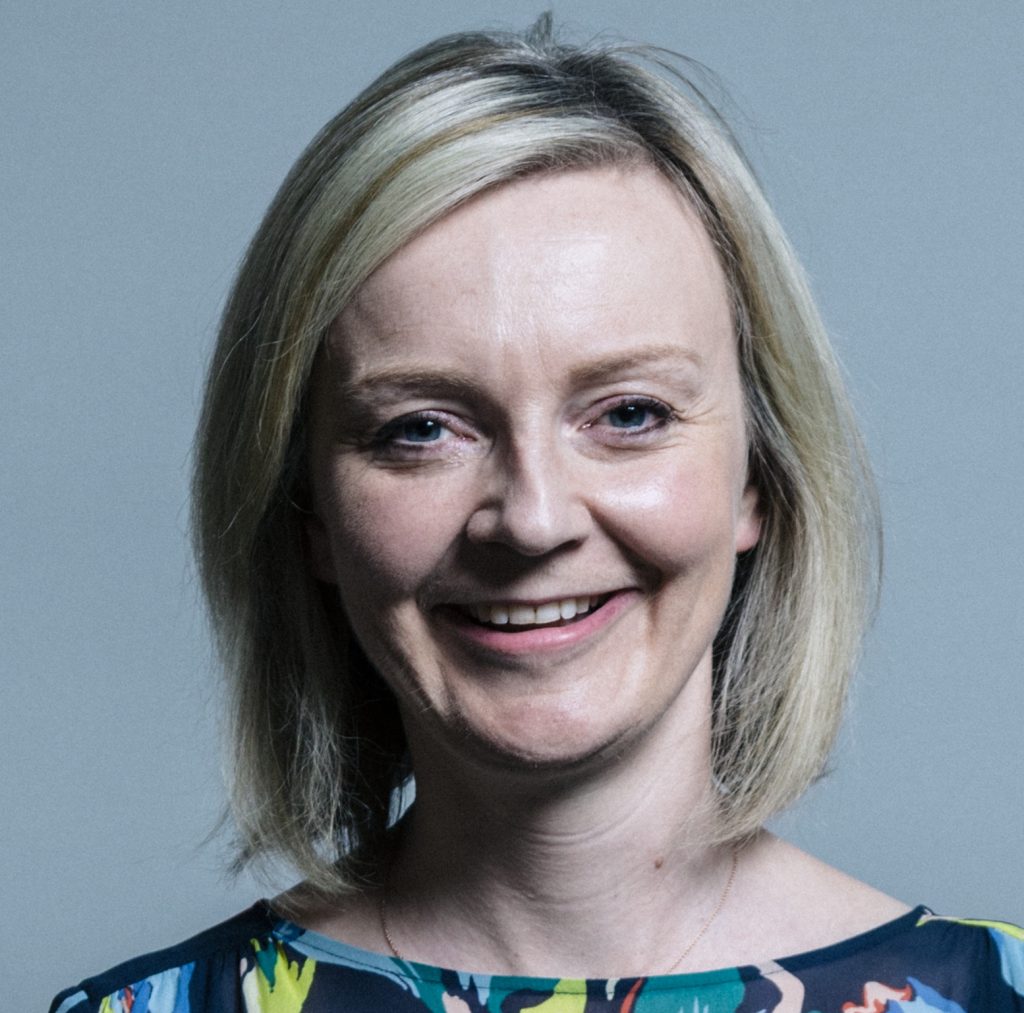 One of Truss’s key policies is her pledge to scrap Sunak’s planned increase in corporation tax from 19% to 25%, at a cost of £17 billion a year. She would also reverse Sunak’s rise in national insurance.

Last week, both candidates were questioned about their positions on environmental rights, following a heatwave in which some regions of the UK reached highs of 40 degrees celsius for the first time ever. Much of England was affected, with reports of wildfires in London and airports’ runways melting. But where do they stand on the climate crisis?

Sunak has always voted against measures to prevent climate change and voted against financial incentives for low carbon emission electricity generation. He has also pledged to keep in place a ban on building new onshore wind farms but wants to introduce a legal target to make Britain energy self-sufficient by 2045 by overseeing a massive expansion in offshore turbines.

Truss recently announced her policy temporarily to scrap the ‘green levy,’ which funds projects to decarbonise the UK’s energy supply. The Foreign Secretary has said that some net zero policies need to be reconsidered. Speaking to The Spectator, Truss claimed that she would have a “temporary moratorium on the green energy levy to enable businesses and industry to thrive while looking at the best way of delivering net zero.”

Both stand for centralising power

They have both also generally voted against more powers for local councils and consistently voted for reducing central government funding of local government.

Although she voted Remain in the referendum, Truss has been a prominent figure in implementing Brexit, particularly in terms of post-Brexit trade deals. Truss introduced legislation to Parliament to unilaterally override some post-Brexit trade rules for Northern Ireland, a policy stance she is expected to pursue if elected prime minister, exacerbating existing tensions.

When it comes to the EU, both Sunak and Truss have generally voted against a right to remain for EU nationals already living in the UK. Both candidates have consistently voted for stronger enforcement of immigration rules and have almost always voted for a stricter asylum system.

Sunak voted to leave the EU in the referendum and has almost always voted for pro-Brexit policies in Parliament, including voting to leave without a withdrawal agreement in 2019.

Truss has voted against retaining the EU Charter of Fundamental rights as part of UK law following Brexit. She remains a member of the government which proposes to repeal the Human Rights Act and replace it with a new Bill of Rights.

Recently, Truss told fellow Tory MPs that she: “is prepared to pull the UK out of the European Convention on Human Rights if reforms aimed at reducing the influence of judges in Strasbourg are not successful”.

The proposed Bill of Rights would make justice less accessible and deflect scrutiny from the government, as well as make deportations easier.

Sunak and Truss have been described as entering an ‘immigration arms race’ as both vow tougher immigration rules, which are ‘out of line’ with public opinion.

Both candidates have been questioned over the government’s Rwanda migration partnership, which is set to move asylum seekers coming to the UK to Rwanda for their claims to be processed. Recently, the cancellation of the first such flight came about after an intervention by the European Court of Human Rights which insisted that the government await the results of an ongoing domestic Judicial Review of the policy before proceeding with it. At the time, Boris Johnson threatened to leave the ECHR and accused lawyers of aiding criminals exploiting refugees in the Channel.

“Whichever way you look at it, the Rwanda plan is disastrous. It is so staggeringly expensive that the government is refusing to reveal its cost. It has received criticism from all corners, including the Archbishop of Canterbury and the UN High Commissioner for Refugees. Even the Home Office admitted that its ‘deterrent’ approach lacks evidence and may push people into riskier journeys, while its top civil servant has expressed similar concerns.”

Sunak would keep the Rwanda policy. After all, he ‘signed off’ and funded the Rwanda Asylum Partnership Agreement. Meanwhile, Truss, who worked closely with Home Secretary Priti Patel to draft the policy, has stated that not only would she keep the policy in place if she were to enter No 10, but that she “completely agrees with it”.

Yesterday, Sunak announced his ten point plan for immigration, should he become the next prime minister.

Every year thousands and thousands of people come into the UK illegally.

Often we don’t know who they are, where they’re from and why they are here.

These are not bad people, but it makes a mockery of our system and it must stop.

Part of Sunak’s 10-point plan includes a cap on how many refugees will be allowed to stay in the UK. In his announcement, Sunak stated: “I don’t care if you believe that migration should be high or low; surely, we can all agree that it must be legal, orderly and controlled.” It remains unclear how placing a cap on the number of refugees would work, given that the UK is a signatory to The Refugee Convention (1951).

Truss also made headlines this week, after pledging to extend the Rwanda scheme. In an interview with The Mail on Sunday, she pledged to strike more Rwanda-style deals with other countries and increase frontline border staff by 20%.

It has been reported that any new deportation flights to Rwanda will be delayed until September.

Now that Parliament is in recess, Sunak and Truss enter a six-week campaign which will see them travel across the UK in a bid to get elected by Tory party members as the next Prime Minister of the UK. While both move to secure backing from their fellow Tory MPs, we will be following their positions and promises on human rights.