Today (15th Feb), students in 40 towns and cities across the country are walking out of school and going on strike in a fight against climate change. Sophie Sleeman is a seventeen-year-old climate activist from Devon, and a member of the UK Student Climate Change Network. Here, she explains why the walkout matters and why we should all be paying attention.

With the trees burning, the coral bleaching and the bees dying, it seems impossible that an individual’s actions can make any difference. Especially when you face the government, the businesses, and the parents…

Striking, however, creates a sense of purpose in a world becoming bleaker each day. Bleak, because the insect population is collapsing, the coasts are collapsing, and we are collapsing. There stands an alternative to succumbing to what may seem inevitable, though, and that is activism.

In the Youth Strike movement, I’ve been swept up in solidarity with my peers, many of whom I’ve never met beyond the screens of our video calls. What we share is longing. Longing for a planet slipping through our fingers. See, our parents grew up with wildcats, water-voles and skylarks. These species are now at threat of extinction.

Our generation is left only the haunting facts of absence. Along with the tenth of UK species at threat of total death – forever – kids are dying due to asthma induced by pollution, and a fifth of the Amazon is already gone. I guess, the only king of our jungle will be Jeff Bezos, and that is about as bleak as it gets.

A world devoid of nature is not only terribly sad but also impossible. A world without nature does not exist, and if it does, we certainly won’t be around to see it. Once global temperatures become too high, food will be impossible to grow, conditions unlivable, and the remains of our species will be huddled around the poles, watching the world burn. Literally.

READ MORE: Do We Have A Right To A Clean Environment? >>

We have grown up watching 64 Zoo Lane, whilst hearing the whispers of climate destruction echo around us. These whispers tell us that creatures we thought to be thriving are in reality dying, and everyone is denying – teachers, parents, leaders lying.

They soothe such worries with a steady diet of hope, hope, and more hope. Hope is not going to do much for the bees, trees, and rising seas. Sorry mum, but this has to stop.

Knowing such truths and understanding they have practical, achievable solutions exposes the hypocrisy we face. As a batch of powerful people claim they do all they can to help the environment, why do they ignore the most effective solutions to avert climate collapse? This is why we are striking. Without a vote for sixteen-year-olds, our generation – like the Earth we are trying to protect – has been silenced. All we are left with is the inescapable noise that is climate destruction, which has – for us – become a human rights issue.

The most vulnerable populations are the most at risk. For example, those with lower incomes are less able to adapt to events such as storms, and countries with low food security will bear the brunt of an increase in global temperatures far quicker than those emitting the most carbon.

We see here in black and white the political and social implication of climate change, as well as the ecological. How does a population raise awareness of a political issue? They protest.

What we would like to see is action – and especially from those with power. Actions like increasing the percentage of renewable energy in the national grid, taxing fossil fuel companies, reducing the costs of low carbon transport, and improving the way climate change is communicated in the media and in schools.

Reforming the way we approach the environment starts – but does not end – with zero carbon emissions, it requires a society built on ecological principles in which people do not play for profit, but for protection of every living thing.

If there’s anything I’ve learnt from my education in activism, then it’s that true hope exists only in action, and I hope that our strikes really will incite that action in the people with power, just as much as the decline of a tiny bee incited it in me. 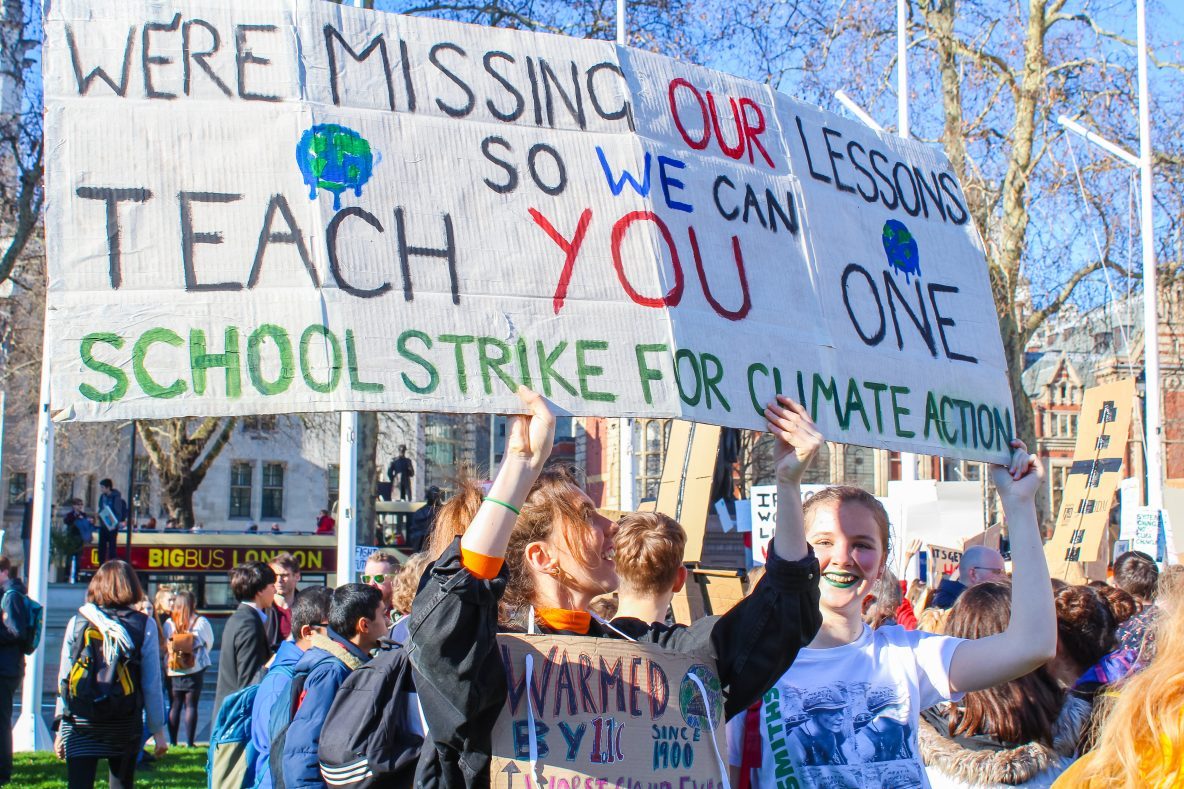 Sophie Sleeman, member of the UK Student Climate Network, explains why she's joining students across the country calling for more to be done to save our planet.

Sophie Sleeman, member of the UK Student Climate Network, explains why she's joining students across the country calling for more to be done to save our planet.