Why Football Teams Have Been Boycotting Social Media

Hate crimes were reported at one in ten top-flight football matches last year in England. So what are Facebook, Instagram and Twitter doing to tackle the so-called fans behind the abuse?

The right not to be discriminated against because of who you are is enshrined in UK law. Nonetheless, a minority of so-called football fans commit hate crimes, where their criminal behaviour is motivated by hostility towards an aspect of a player’s identity – usually their race. During the Covid-19 pandemic, hate crimes from so-called football fans have mostly moved online. Behind the anonymity of a screen, racist vitriol is spewed across Twitter, Facebook and other social media platforms. Marcus Rashford, one of the most well-known football players in the UK, has been one prominent repeat victim of such racism online.

Apart from excelling at his profession, the footballer used social media for good by tackling the government’s stance on food inequality, intervening via Twitter to ensure children across the United Kingdom receive the free school meals they need. Yet Rashford’s high profile does not stop him from being on the receiving end of a torrent of abuse, especially if he doesn’t hit the expectations placed upon him in an England or Manchester United shirt by racist so-called fans. After a recent loss, Rashford received “at least 70 racial slurs”.

At least 70 racial slurs on my social accounts counted so far. For those working to make me feel any worse than I already do, good luck trying 👍🏾

“Some people don’t get out of the slump they’re in after being abused on social media and that can lead to people harming themselves,” former West Ham, Sunderland and QPR defender Anton Ferdinand told BBC Radio 5 Live recently. “We’ve got to take this very, very seriously.”

Over the last few years, social media has been essential to the growth of women’s football, which is still often neglected by mainstream media, and of lower-league clubs. It has enabled an ease of access to live scores, results and match updates and even conversations about human rights. Yet, over the last season, racism across social media directed at footballers – and, more widely, athletes – has reached unprecedented levels.

During just the final six weeks of last season, a joint PFA and Signify study of online content identified more than 3,000 abusive messages aimed at Premier League footballers, 56% of which were racist. Of the players surveyed, 43% said they had experienced racist abuse targeted at them. Manchester United revealed their own analysis recently that there was a 350% increase in abuse directed towards the club’s players, with 3,300 posts targeting players during the period September 2019 to February 2021. It found 86% of those posts were racist, while 8% were homophobic or transphobic.

In one particular month, a slew of racist attacks targeted Black football players in the men’s and women’s game. After his side’s 1-1 draw at The Hawthorns, Manchester United player Anthony Martial was racially abused on Instagram. It was the second time in three weeks that Martial had been targeted, and followed attacks on his clubmates Marcus Rashford, Axel Tuanzebe and Lauren James.

Woke up to this today. pic.twitter.com/Zal0F96htJ

James, who plays for Manchester United women’s team, wrote an article for The Telegraph speaking out against the racism she received. “I’m 19 years old and I’m sitting here, writing about racist abuse,” she said. “All because of the colour of my skin. It is mad. I’m proud of my skin, I love my skin colour. But when I saw the comments on my Instagram feed, it hurt.”

What Are Social Media Sites Doing About The Abuse? 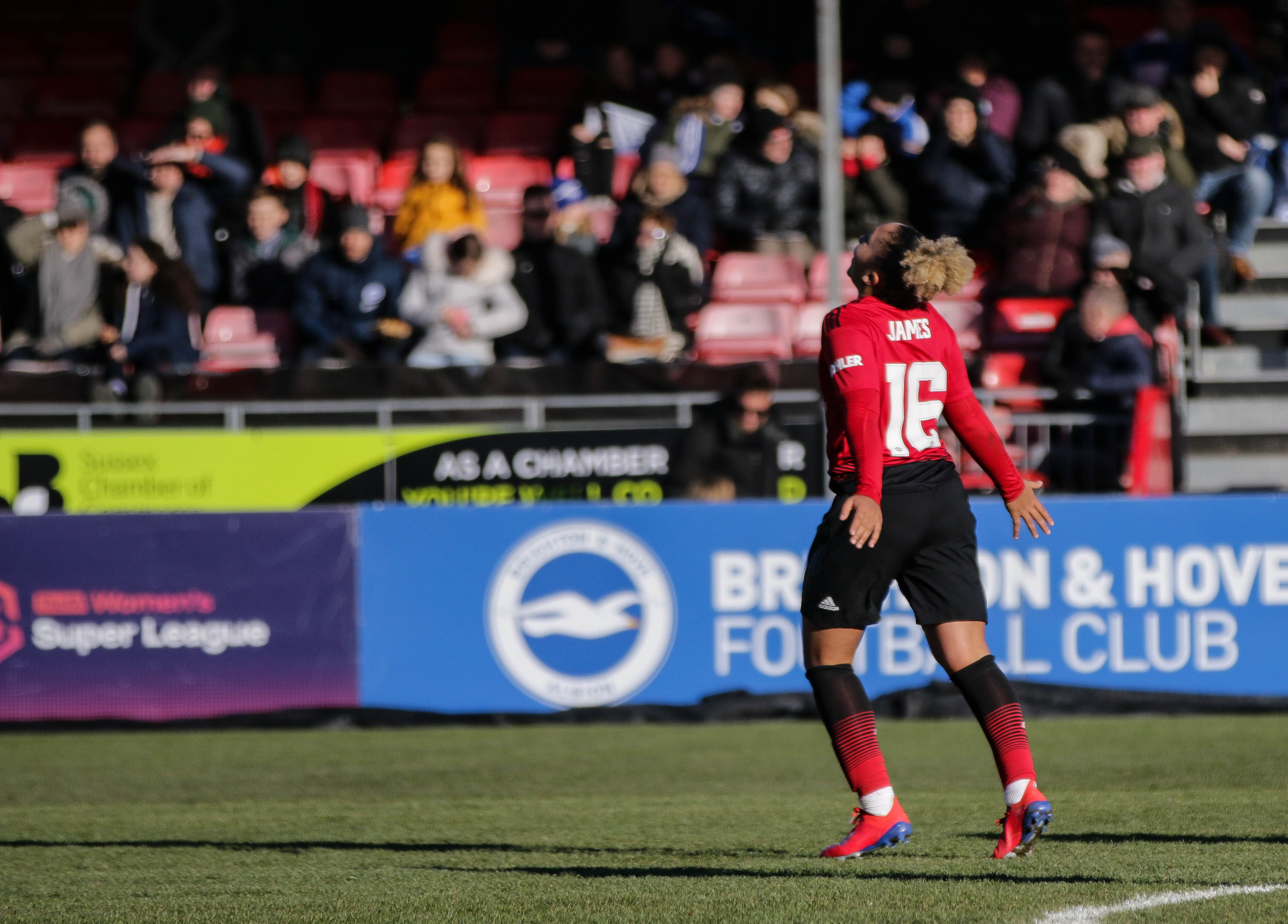 Earlier this year, the world of football came together for an unprecedented four-day boycott of social media. Clubs all across the United Kingdom – on both the men’s and women’s side – went silent on their Facebook, Twitter and Instagram accounts in response to “the ongoing and sustained discriminatory abuse” of footballers. Despite this, the abuse has not stopped. The social media platforms themselves have a large part to play.

Working with Kick It Out, a charity which promotes equality in football, Facebook (which owns Instagram) has said it is committed to tackling abuse on its platforms by working on a fans’ education and reporting initiative. For example, Instagram announced a tool to enable users to automatically filter out abusive messages from those they do not follow on the platform.

Some of football’s governing bodies laid out the changes they would like to see in an open letter to Facebook and Twitter in February. The UK government has previously threatened social media companies with “large fines” which could amount to “billions of pounds” if they fail to tackle abuse on their platforms.

Twitter released a lengthy statement in February stating it was “resolute in our commitment to ensure the football conversation on our service is safe for fans, players and everyone involved in the game.” The company added it had removed more than 7,000 football-related tweets in the UK that violated its rules.

Yet, most of these companies have rules which place the onus on the players rather than the fans. Crystal Palace winger Andros Townsend told BBC Sport players were “starting to fight back”, adding social media boycotts would “send a warning to these companies that if you don’t start regulating your platforms, it’s going to be an indefinite blackout.”

‘It’s Difficult Not To React’ 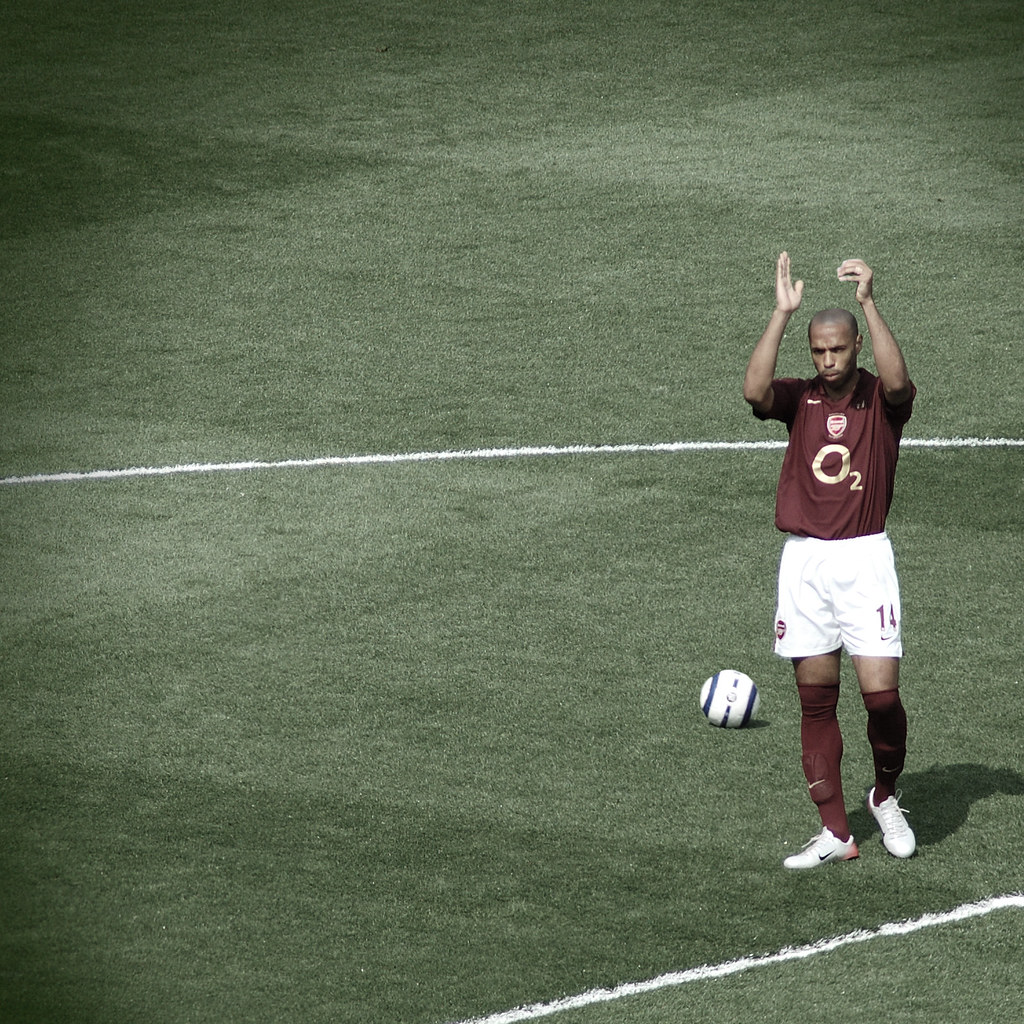 Watford captain Troy Deeney told BBC Breakfast the social media boycott was a huge step. “For a long time now, we’ve all been talking about the impact of social media on the younger generation, as well as mental health,” he said. “I think the huge part about this is it’s only four days, it could give people a perspective of what life could be like without a huge amount of sporting stars on [social media].”

Deeney, who receives abuse on a daily basis, also admitted that it is aimed at his partner and children. “That’s very difficult for me to read but also not to react,” he said. “We have to not react. We’re in a privileged position but if we react on a human level, we’re the ones who will get held accountable for our reactions.”

As Rashford put it recently, “Only time will tell if the situation improves. But it’s not improved over the last few years.”

How Do We Move Forward?

After England’s disappointing loss to Italy in the Euros final, Black British players were targeted with thousands of messages containing racist abuse. Melanie Dawes, chief executive of Ofcom, came out to condemn the abuse directed at Marcus Rashford, Jadon Sancho and Bukayo Saka. Dawes hopes to see  the online safety bill passed by parliament which would give Ofcom new powers to force social media companies to take stricter measures.

“When Ofcom has the power to regulate online safety, we will hold social media platforms to account for abuse like this,” she said. “They must be much more transparent about the rules they have in place to deal with it, and we will act to make sure those rules are properly enforced.”

In the aftermath of the Euro finals, Prime Minister Boris Johnson summoned the heads of tech companies to Downing Street in a bid to see what can be done to tackle online abuse. He specifically asked that companies hand over the details of those who posted racist content online to the police.

These efforts, however, tend to deal with the aftermath of an incident, proposing punishment for a crime already committed. Instead, with the start of the new Premier League season upon us this coming weekend, the Football Association has strengthened its No Room for Racism stance. One of their main initiatives is to introduce anti-racist teaching in grassroots football while inspiring primary school children through their free resources.

With more Black people and people of colour assuming prominent positions in the world of football and a return of crowds to stadiums, there remains some hope that the upcoming season will see a step forwards in terms of anti-racism and human rights across all levels of the sport.