What’s Organ Donation Got to Do With Human Rights Anyway?

By What's Organ Donation Got to Do With Human Rights Anyway?, 2 Nov 2017

More than 21 million of us have signed up to be organ donors, but last year fewer than 1,500 people actually donated their organs after death. Why the huge mismatch?

A recent investigation by the BBC found more than 500 registered donors didn’t end up giving organs due to objections from their relatives. A third of these were because families said the process took “too long”.

Legally, a person’s decision to donate their organs should be binding under the Human Tissue Act 2004. However, in practice, next-of-kin are allowed to raise objections and override the potential donor’s decision. What should be a strong and enforceable right is, in practice, a very weak one.

Organ donation is a personal decision as well as a public benefit – there are currently 6,500 people on the transplant waiting list in the UK and around 1,300 will die before an organ is found. So why don’t we have an absolute human right to donate our organs?

Can You Control What Happens to Your Dead Body? One problem for potential donors is that they are reliant upon others to ensure that their wishes are carried out. There is an overarching debate about our human rights after we die. Technically legal rights cease on death but, in practice, society does give people some control over the integrity of their body after death.

There are laws against necrophilia and grave robbing, for example, and people can make a will detailing how they wish to be buried and how their possessions should be passed on. Similarly, organ donation is an instruction made before death – but it isn’t legally enforceable in the same way A donor card occupies the same conceptual space as an advance directive or a will, leading some people to argue that the wishes of the donor should be enforced, regardless of objections from relatives.

There are several things to bear in mind here – while a dead person can’t make protestations about how their body is used, there are good sociological and moral arguments for acknowledging and enforcing their rights.

There are good sociological and moral arguments for enforcing their rights

Firstly, by respecting the wishes of the donor, society shows it values personal autonomy and respects legal rights. The Human Tissues Act, passed by Parliament, should give people confidence their wishes will be respected and not overturned.

Ensuring the donors’ rights is also good for society overall, as it improves health, wellbeing and demonstrates altruism, with just one donor being able to help multiple people. The Human Rights Convention, which protects all our rights, does touch on areas relating to organ donation. Article 10 protects our right to freedom of expression, while Article 8 protects our right to respect for personal and family life. If our decisions aren’t respected, you could argue these rights are being interfered with.

The current system in the UK varies depending on where you live. England and Scotland have an opt-in register (those the Prime Minister recently said this could change), while Wales has an opt-out list. However in practice, objections from your next of kin can overturn the decision.

While the Human Tissues Act and Human Tissue Authority’s Code of Practice sets out our right to choose for ourselves, it also says doctors must also seek permission from the closest relative of the deceased. As well as meaning a person’s wishes can be overridden, this also means one person could stop donation – even if the majority of family members do agree.

A Question of Consent NHS Blood and Transplant (NHSBT) announced a new strategy in January 2016, saying they would no longer routinely ask relatives for consent.  Instead, relatives will be told they can object and how to do so. It’s a similar system to Scotland, where families must complete a written waiver if they want to halt the process – which the NHS hops will drive up donation rates.

The question of whether or not to ask consent is a complex one. Studies of decisions made by the relatives of brain-dead donations found half of those asked for consent didn’t feel competent to make the decision,  a feeling exacerbated by the sense of urgency. There’s also evidence that people forced to act in a highly emotional state later regret their decisions.

Whether or not the Government decided to move away from family consent altogether, it’s clear organ donation is a tricky issue which encapsulates a lot of human rights issues. Many people would be horrified to find their wishes hadn’t actually been carried out – so shouldn’t we be making a system that protects their decisions? 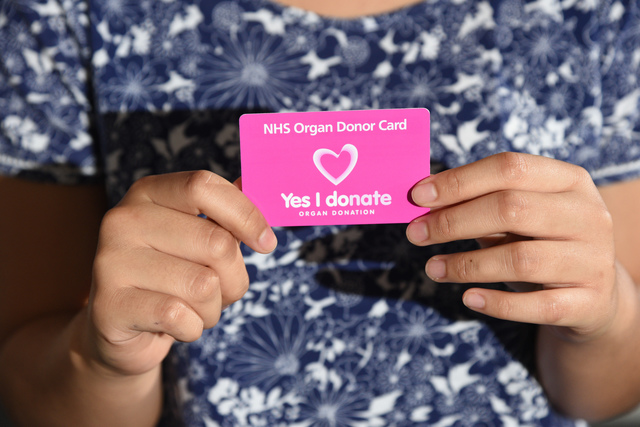 What's Organ Donation Got to Do With Human Rights Anyway?
Visions / 17 Mar 2022 Should Access To The Internet Be A Human Right?
Institutions / 17 May 2022 More Needs To Be Done To Uphold Freedom Of Information In Scotland
Equality / 16 May 2022 What's New In Human Rights In Scotland? EachOther Is!
Disability / 13 May 2022 Repeat Safety Failures In A Mental Health Unit Contributed To A Man's Death
Discrimination / 12 May 2022 Homeless People Sleeping In Cars Or Tents Could Be 'Committing' A Criminal Offence