Tributes have been paid to police sergeant Matt Ratana, who died last Friday after being shot in a south London custody suite. The 54-year-old rugby lover, originally from New Zealand, has been described in news reports as a ‘gentle giant’ whose ‘Maori roots’ helped him empathise with different communities in Britain.

One word, for me, has been noticeably missing from the media’s descriptions of the officer.

I am referring to the word “migrant,” which sadly appears almost always to be used only in a negative way in UK media reports. While there may be a few reasons news outlets have not explicitly used this term in their coverage, an important factor is the baggage it carries.

To describe Ratana, who had a distinguished career in the Met, as a ‘migrant’ would be an insult to many because the word has become toxic. But by obscuring this fact about people, living and working in the UK but born overseas, in news stories, it’s hard to ensure that their sacrifices are remembered. It is important to recognise the UK would not be the nation it is today without migrant communities that contributed so much, many – like Ratana – with their lives.

Who counts as a migrant?

There are a few different definitions as to what a migrant is, which might explain why the word hasn’t been used to describe Ratana.

The UN defines a permanent migrant as a person who changes their country of residence for a year or more. While the Oxford English Dictionary says it is “one who moves, either temporarily or permanently, from one place, area, or country of residence to another”. Under these definitions Ratana would be considered a migrant, having moved from New Zealand and settled in the UK in 1989.

Sometimes, though, the term migrant is defined as a person of foreign nationality. Based on this definition, Ratana might not be considered a migrant as – born to a Scottish mother and Maori father – he was a British citizen. The Migration Observatory has highlighted how this definition is considered “more problematic” as a person’s nationality can change or people can have multiple nationalities. The existence of multiple definitions “poses a particular problem for consistency in public debate,” the Observatory has added. 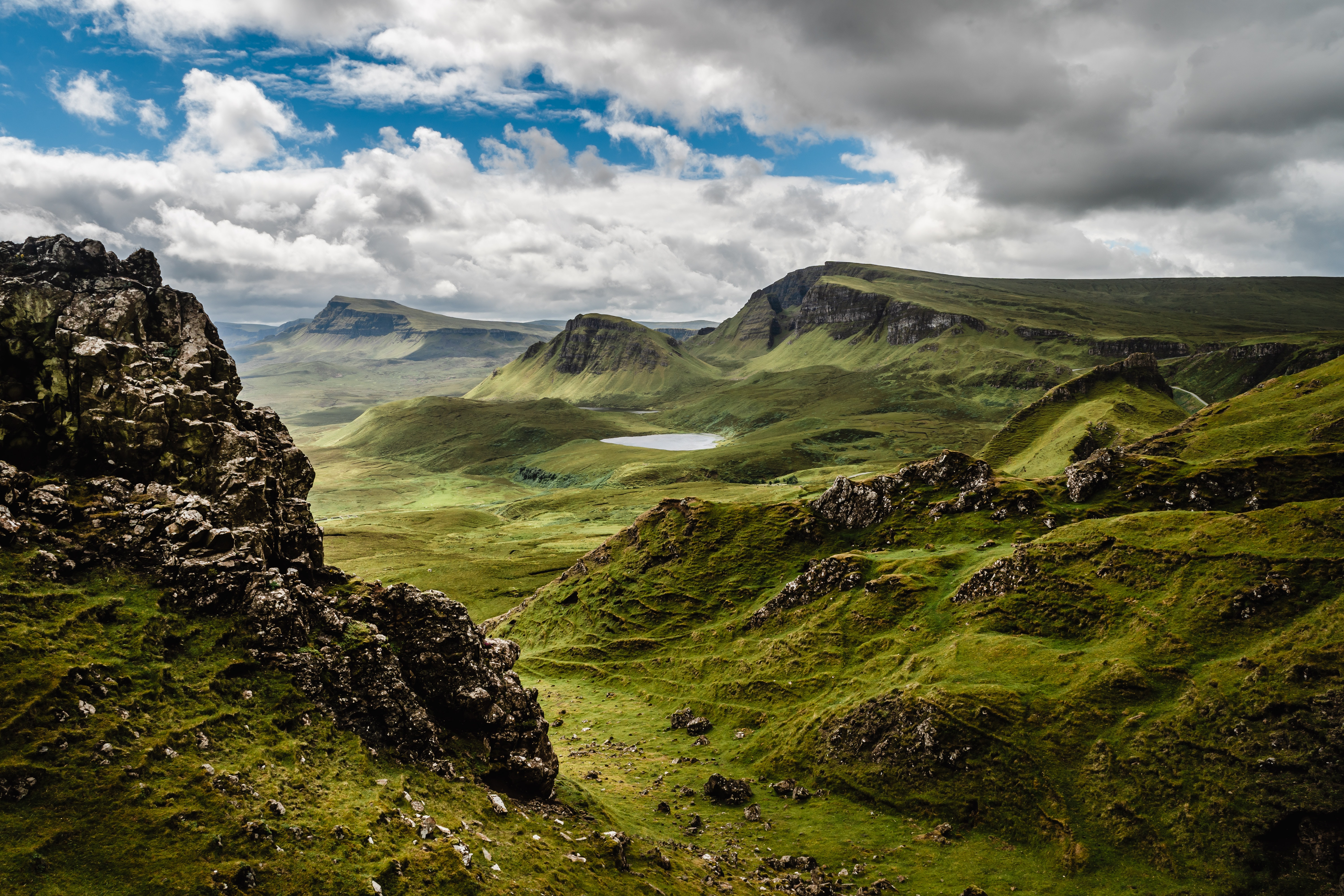 Mr Ratana was born to a Scottish mother and Maori father. Credit: Unsplash

Another possibility is that journalists reporting the news felt it unnecessary to use the word ‘migrant’, because it was self-evident from other details. One newspaper spoke of how he “emigrated” from New Zealand to Britain, another highlighted his “Maori roots”.

I don’t have a problem with that: people’s nationality, race or colour shouldn’t factor into the coverage unless relevant to the story. All people are equal.

But what troubles me, though, is that the word ‘migrant’ always takes centre stage when a person commits a crime or does something wrong. ‘Man is hacked to death by his Syrian migrant ex-flatmate’, or ‘Afghan migrant stabbed ex-girlfriend to death’ — such headlines are common.

Media research carried out by Coventry University found nearly half (46%) of 648 migration-related stores published in the run up to the 2015 election framed migration as a threat and migrants as actual or potential ‘villains’ in the UK.

Alfred Harmsworth, who founded The Daily Mail in 1896, when asked the secret of his success, is believed to have said: ‘I give the people somebody to hate every day.’ In modern Britain, migrants commonly appear to be that person.

The word ‘migrant’ has therefore evolved from its dictionary definitions into a weapon that dehumanises and criminalises some people and distances ‘them’ from ‘us’. It is now loaded with negative connotations.

Furthermore, the word now often carries an exaggerated sense of threat. Consequently, it strips suffering people of their voice and justifies the public human rights abuses of minority races who are not worthy of our compassion.

Now, with a clear conscience, the government can deny these “bad people” their right to education, private or family life, access to employment, rent property, welfare and public services among others. In fact, we can deport them without caring what will happen to their children and their pregnant spouses left behind. After all, they are migrants.

Many UK politicians and news outlets rarely allow the public to see migrants as fellow human beings, rather only as villains.

But public acknowledgments that migrants can be also heroes is also not the answer.

We need to stop viewing migrants simplistically as villains or heroes, low skilled or high skilled, the bright and the best – but rather as human beings who aren’t so different from people who haven’t migrated.

Putting people into categories implicitly reinforces the idea that some people have no value to our communities. Our judgments can be wrong. If there is anything we learned quickly in the lockdown, it is that the people we labeled ‘low-skilled’ are our ‘key workers’ whose work is critical for our economy and safety. Human beings are all equally valuable regardless of what they can or they can’t do for us.

The talk of ‘good migrants’ and ‘bad migrants’ creates a potentially harmful impression that only those migrants who are exceptional or heroic are deserving of having their rights respected. But most people in the UK agree our human rights must protect us all equally if they are to be effective. 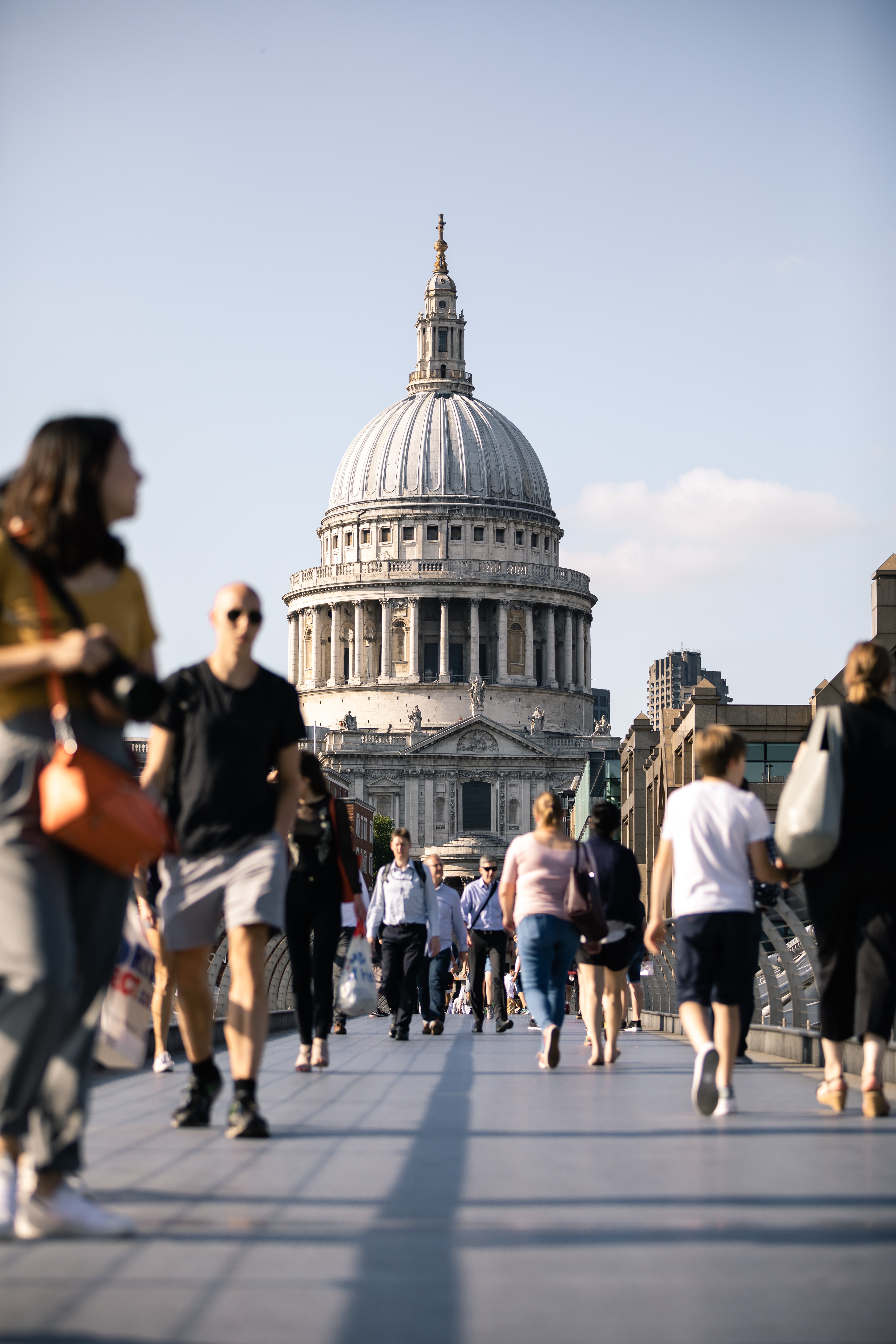 ‘Human beings are all equally valuable regardless of what they can or they can’t do for us’. Credit: Unsplash

To counter the negativity surrounding migrants, I believe there is a need to recognise when migrants make outstanding contributions to the UK. Coventry University’s research noted that “the framing of migrants in the British media as either ‘victim’ or ‘villain’ means that those migrants who do not conform to these stereotypes are no longer viewed as ‘migrants’ but are instead defined in terms of their professional skills and experiences.

“Wealthy migrants and those who are successful are not labelled as migrants. This contributes to the dehumanisation of migrants who are rarely represented as ‘people like us’,” it added.

When Covid-19 killed the first four NHS doctors who were all migrants, I observed that no media outlet identified them as such.

Of course later in the lockdown, we did eventually see some reluctant recognition of the sacrifices of some migrant workers, especially those in the NHS. But that rhetoric was applied only narrowly to those risking their lives to save others – and hasn’t lasted.

We choose too often to pander to divisive voices and feed harmful stereotypes. The use of divisive narratives creates and perpetuates a cycle of polarisation in society. Malcolm X once warned: “If you’re not careful, newspapers will have you hating the people who are being oppressed, and loving the people doing the oppressing.” We are in that place.

There is a lot surrounding the circumstances of Ratana’s killing which we don’t yet know, which may come out in an inquest and trial yet to take place. Questions have been raised about how the 23-year-old suspect, reported to have autism, was able to conceal and fire a gun in a supposedly-secure custody suite, after being searched and while his hands were cuffed behind his back.

But as the UK mourns the loss of the much-loved New Zealand-born officer, rugby coach and partner – let us also reflect on the sacrifices other migrants make for this nation and their vital contributions they bring to the UK. That’s not just the work they do, but the value they bring to our communities as neighbours, friends and colleagues.

We saw this with Windrush Generation migrants who came into Britain to rebuild the country after the war but were unjustly treated later. And recently we have seen a disproportionate number of migrant medics, social workers and carers dying of Covid-19 as they selflessly put themselves at risk to save patients in hospitals and our loved ones in care homes. Some migrants right now continue to serve the nation selflessly in very risky occupations and sadly they do so under onerous immigration conditions despite recommendations and campaigns to relax or scrap them.

Immigration / 28 May 2020 What The Cummings Saga Tells Us About The UK's Respect For Families
Discrimination / 24 Sep 2020 Why Some Women 'Must Choose Between Dying On The Job And Destitution'
Justice / 6 Aug 2020 Windrush Lawyers: 'The Government Is Placing Boulders In The Way Of Justice'
Health / 17 Mar 2020 Hostile Environment Immigration Policy ‘Undermining’ Coronavirus Response