We Need The Rule Of Law

Too often, the rule of law is seen as an abstract concept, strictly for lawyers and politicians, but it plays a huge role in each of our lives. Naturally, we would think that it is in the interests of world governments to protect it. Nothing could be further from the truth.

The World Justice Project recently found that most of the human population lives in a place that is less rule-of-law-compliant than before the pandemic. It’s estimated that over 4 billion people in the world are denied the opportunity to escape poverty because they do not have access to the rule of law.

That’s why this week we’re launching videos kindly funded by the Sybil Shine Memorial Trust. Together, with EachOther, The Defendant, Leducate and the Law in 60 Seconds we’ll be releasing a new educational video each day to inform children about their rights, set them on track to become active citizens and ultimately democratise the rule of law.

Our work with The Bingham Centre

These videos are an addition to the Bingham Centre Public and Youth Engagement Programme, which is a headline volunteering initiative. This involves introducing young lawyers to Lord Bingham’s ‘The Rule of Law’, training them in the fundamentals of teaching, and supporting them to convene interactive workshops in schools where students have the opportunity to debate current issues within a rule of law framework.

We [At the Bingham Centre] believe that lawyers going into schools and leveraging social media to tell inspirational stories about the rule of law will make a difference. But I’d like to talk a bit about why the rule of law is so important to me.

We need the rule of law. Here’s why…

I have often felt disempowered and voiceless when others made decisions about me. Despite approaching this from a professional standpoint, I’ve found that the issues we will discuss in these videos resonated strongly with my lived experience.

At primary school I was made to attend a regular isolated ‘anger management’ session where I would be removed from my class. I was not informed of my rights to challenge this decision and didn’t feel that I would have been listened to if I had raised a problem. I needed the rule of law then; the rule of law in that instance would have seen me provided with adequate advice to understand what I could do.

I also need the rule of law now. When I’m going between my duties as a working professional, I cannot know that I will be able to get to my destination without police hassle. As a young black man, I have been presented throughout my life with constant obsession at the hands of police officers with my every twitch or yawn. I need the rule of law today to protect me from the injustice of unequal treatment.

The rule of law gives us ‘equality of arms’, the opportunity to fight back on equal footing against those who would unlawfully restrict our rights. I was brought up being told stories of African dictators who held total power and corruptly abused their people. Those kleptocrats used to be untouchable, but throughout my career, developments like the International Criminal Court have happened. It has been amazing to see vulnerable people, including former child soldiers, take to the stand in the Hague to speak their truth, ultimately holding tyrants to account.

All of this is why I believe passionately that everyone needs the rule of law. From my school to crime, to the most grandiose of international matters, the certainty and fairness of the rule of law is the greatest tool we have in fighting for justice and equality across the world.

These videos are for everyone who has ever felt disempowered. They are for anyone who hasn’t been given an opportunity to speak up. They are for all of us. In that spirit we would ask that you make sure as many people as possible can see them, and if you would like to journey deeper with us, join our online course ’Citizenship and the Rule of Law’ and take your first steps towards becoming a rule of law activist.

The Bingham Centre was founded in 2010 by the British Institute of International and Comparative Law, to take forward Tom Bingham's vision. It was an inspiring vision then, with the Rule of Law coming under increasing strain.

Leducate is an educational charity founded by six people with a passion for the law, that aims to promote an understanding of everyday legal rights among secondary school-aged students in England and Wales.

The Defendant provides practical and emotional support to defendants struggling to navigate the criminal justice system, via a website and a helpline. 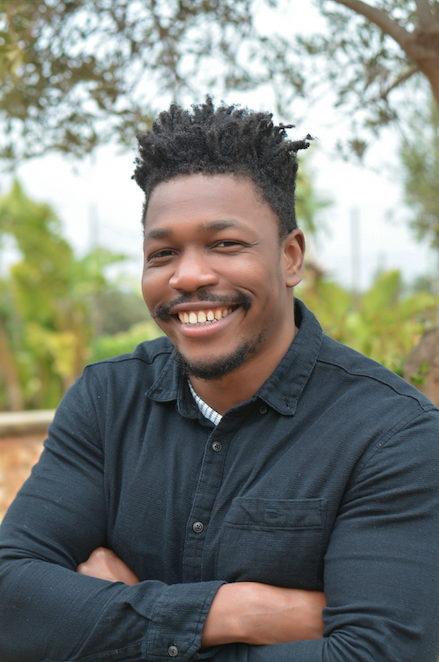 Abiodun Michael Olatokun is a lawyer specialising in equality, discrimination and human rights. He is a co-author of the UK Government’s Vision Statement on Public Legal Education and the Convenor of the University of London’s ‘Citizenship and the Rule of Law’ course.

Abiodun Michael Olatokun is a lawyer specialising in equality, discrimination and human rights. He is a co-author of the UK Government’s Vision Statement on Public Legal Education and the Convenor of the University of London’s ‘Citizenship and the Rule of Law’ course.