‘We Have To Fix Health First’: Why Experts Are Calling For A Summer Of Play, Not Catch-Up Lessons

As Prime Minister Boris Johnson unveiled his roadmap for easing lockdown, one of the biggest – and most highly debated – focuses was the return of schools. However, as calls for catch-up learning gain traction, experts tell EachOther that ignoring children’s right to play could risk a long term mental health crisis.

Schools have been one of the biggest focuses of the Government’s pandemic response – perhaps understandably, with more than seven and a half million pupils in England alone and many key workers also reliant on them to undertake their jobs.

However, statistics show that more than 575 million individual days of schooling were lost across England between March and July 2020 alone, with those from disadvantaged areas the most likely to miss out. And, with the right to education written into law through the Human Rights Act, concerns have been mounting over the future impacts of the closures.

There have been growing calls, including from the Children’s Commissioner, for a programme of ‘catch-up’ schooling and the PM has appointed Sir Kevan Collins as an “education recovery commissioner” in February, tasked with overseeing a “comprehensive programme” for those who have lost out on learning due to the pandemic.

So far, ideas mooted included extending the hours of the school day, reducing the length of the summer holidays, and a national tutoring plan. However, experts who spoke to EachOther, warned these plans could have a lasting effect on children across the country. 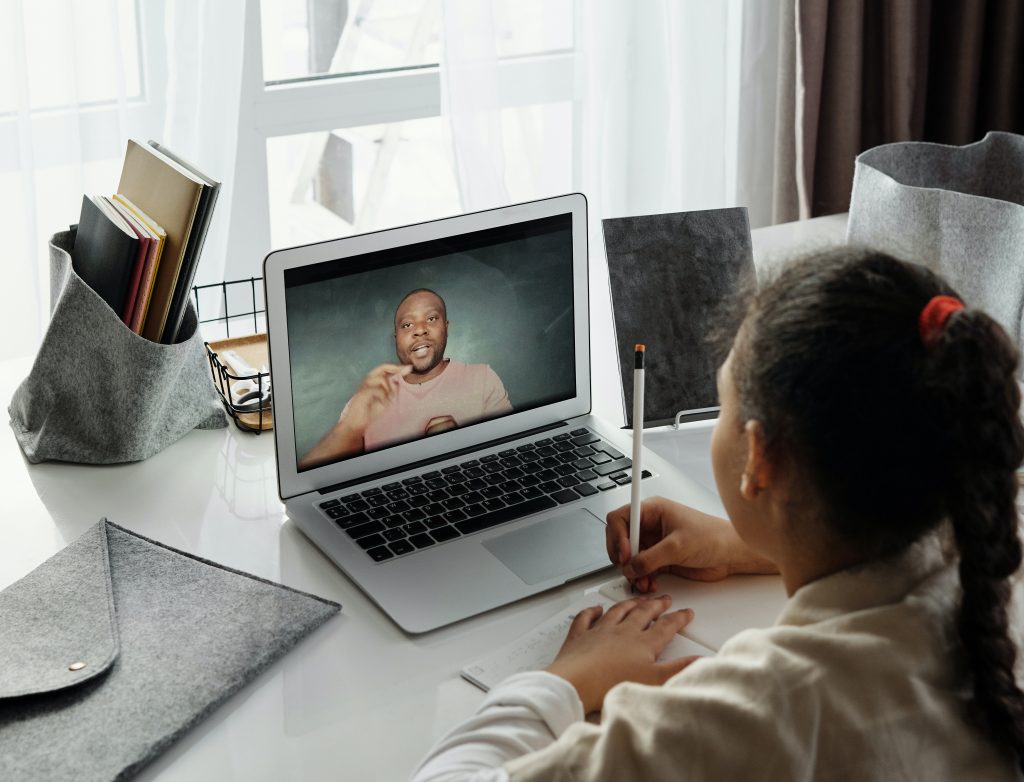 Thousands of children have been forced to work from home – but access has been unequal. (Image Credit: Pexels)

Dr Dodds, a psychologist who specialises in adventurous play and anxiety, adds that we “have to get this right”, as problems in childhood can lead to “lifelong problems”. “When I think about the pandemic,” she continues, “children have not been represented enough or considered enough in the Government’s planning. It has felt like the children are a bit invisible and are only ever discussed in relation to schools. But children are not just small adults who go to school, they need so much more than that.”

Children are only ever discussed in relation to schools. But children are not just small adults who go to school. They need so much more than that.

Instead of a summer of catch up lessons or elongated hours – plans which have also caused concerns among head teachers – professionals like Dr Dodds are calling for a ‘summer of play’. In a letter to the Government, they explain how play with peers is crucial for children’s social, cognitive and literacy development.

They also point to statistics that show that two thirds of primary school age children are now lonely, having spent more than six weeks away from friends. This is 50 percent higher than normal levels, and could have a lasting impact on mental health in the future. They say play, which is also a protected human right for children, should be a key consideration in unlocking and recovering.

It’s also a concern echoed by parents and teachers on the ground. “As a parent of not one, but two Special Educational Needs children, I think the extra time [in the classroom] would only increase the gap between them and their peers,” one parent, Linda*, told EachOther.

Asking to remain anonymous, as they also hold a senior position at another school, they added that their children would not “physically be capable of doing extra time” and that if others did “it would disadvantage them massively”. They also believe many other children will be “mentally scarred” by the Government and media reaction.

As a parent of not one, but two Special Educational Needs Children, extra time in the classroom would only increase the gap between them and their peers.

“The constant reminders of ‘needing to catch up’ and threats of ‘losing their holidays’ [take a toll],” they add. “The majority have worked so very hard. I am incredibly proud of not only my own children but so many of my students. I think there is this false impression of what schools have done throughout the pandemic. I have nothing but praise for the school my children attend. I am not worried about their future because of this.” 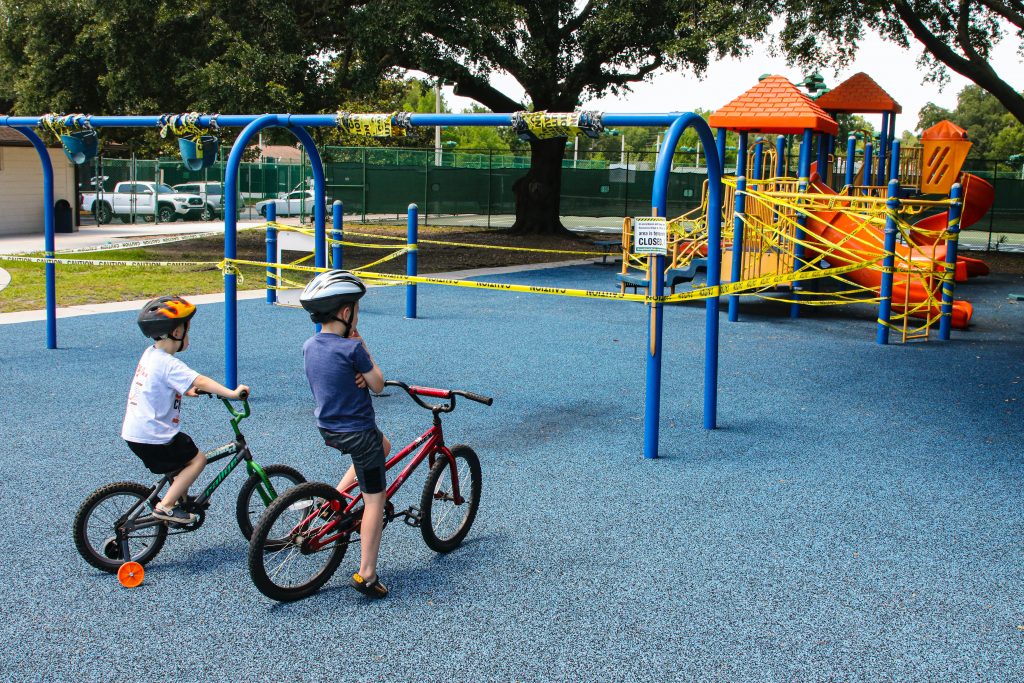 Many playgrounds were closed in the first lockdown. (Image Credit: Unsplash)

For Yasmin Myles, a mother of two in Dunfermline, she’d like to see play firmly embedded into lockdown easing strategies, and tells EachOther this also needs to be factored in when reopening the economy. Comparing the focus on reopening the pubs and gyms to a lack of roadmap for children’s amenities such as soft play centres, she says children have been “neglected” and “forgotten” due to their perceived lack of spending power and lack of a seat around the table.

“It’s isolating,” she tells EachOther. And it’s something she knows other parents feel the same way about, after a comic she made about the differences in freedoms for children and adults went viral earlier this year. “I do think that COVID has shone a light on play that wasn’t there before,” agrees Jacqueline O’Loughlin the CEO of Playboard, a Northern Irish organisation that advocated for the promotion of play. “We need to capitalise on that going forward across the four nations.”

You can’t have one without the other. And, if we don’t get it right and start with the foundations, you’re building on unsteady ground.

“Our children have been very tolerant, I think, and very patient. But I think it’s really time for us to recognise the damage that has been done, and the ongoing damage in the future, if we don’t start addressing the fundamental human rights and needs that children have to play,” she continues.

However, for Jacqueline, it’s not a case of either or. In order for children to be ready for education in September, they need to have had a foundation of play first. “Every right is co-dependent on other rights,” she explains. “You can’t have one without the other. And if we don’t get it right and start with the foundations [of play], you’re building on unsteady ground.”

*Some names have been changed.

The aim of the Alliance is to raise awareness in society of the importance of a good and healthy childhood, promoting the development of human beings able to build a society based on a culture of peace, environmental sustainability and respect for all differences

Find out more about

In Wales children's free time is increasingly scarce and opportunities for outdoor play are steadily decreasing. So school playtime is vital to children for their fun and relaxation as well as for their health and wellbeing. It is part of their 'work/life balance'.

We call on all political parties to commit to supporting these Ten Asks in 2021, building on what has been achieved over the last ten years for children’s right to play in Scotland.

PlayBoard NI is an independent charity and the lead organisation for the development and promotion of children and young people’s play in Northern Ireland.

Play England’s vision is for England to be a country where everybody can fully enjoy their right to play throughout their childhood and teenage years, as set out in the UN Convention on the Rights of the Child Article 31 and the Charter for Children’s Play.