‘We Did Not Set Out To Make History’: First Same-Sex Couple To Marry In Northern Ireland

By Aaron Walawalkar, News and Digital Editor 11 Feb 2020
Robyn Peoples (right), from Belfast, and Sharni Edwards, from Brighton, are the first same-sex couple to be married in Northern Ireland. Credit: Picture By Justin Kernoghan

Their wedding comes less than a year after MPs voted in favour of a historic law change, legalising same-sex marriage in the province and liberalising abortion laws.

Speaking ahead of the big day, Peoples said: “We did not set out to make history. We’re just a couple in love, who want to make a life-long commitment through marriage.

“Now the law finally allows us to do this.”

Edwards added: “It’s a big day for us, but an even bigger day for equal rights in Northern Ireland.

“Robyn and I have been together for six years but the campaign for marriage equality has been going longer.” 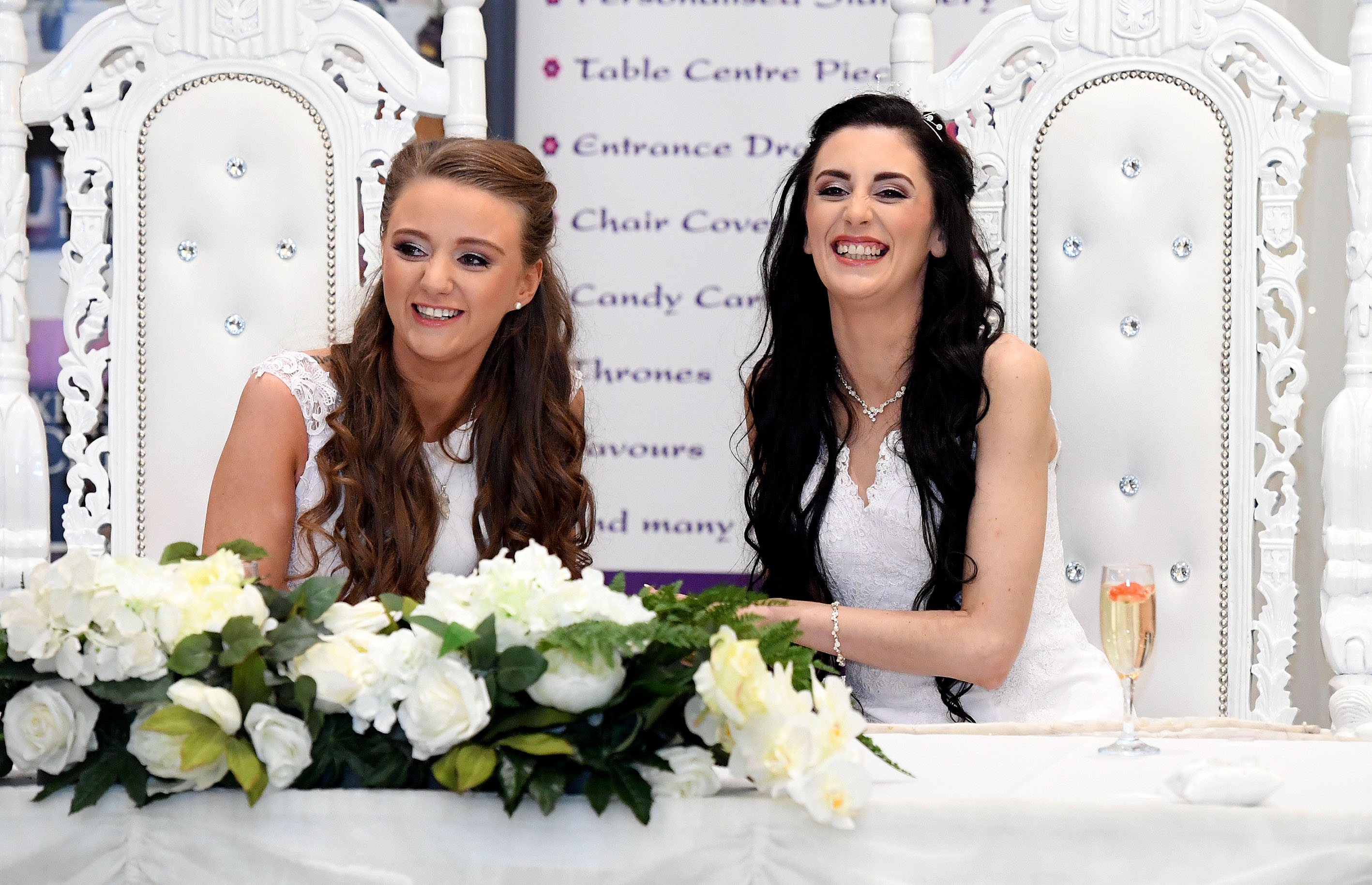 It is believed to be the first same-sex marriage in the region, following years of campaigning from human rights groups such as Amnesty International.

Patrick Corrigan, Amnesty International’s Northern Ireland director, said: “This is a moment Northern Ireland will remember forever – this is the day love became equal in the eyes of the law.

“Robyn and Sharni’s love story has become the tale of a successful fight for equality.

“This is a historic occasion of which we can all be proud. As of today, Northern Ireland is a more equal, loving and happy place.”