Abortion Ban Lifted In Northern Ireland – Here’s How It Happened

Of all the strange twists and turns that UK politics have taken in recent years, the sudden legalisation of abortion and same-sex marriage in Northern Ireland is perhaps one of the most unexpected.

At a time when the Northern Irish Democratic Unionist Party (DUP) still props up the Westminster government, change seemed unlikely. The party is staunchly socially conservative and largely opposed to reform on both issues. However, abortion has now been decriminalised in Northern Ireland thanks to movement from Westminster.

Until 21 October 2019, abortion was only legal in Northern Ireland if there was a “severe and long-term” physical or mental risk to the woman’s health. The Abortion Act introduced in the rest of the UK in 1967 was never extended to Northern Ireland, which has meant that every year hundreds of women have had to travel to England for terminations. They even had to pay for them until Westminster changed the law in 2018 to cover the cost.

Recent rulings in the High Court in Belfast and the Supreme Court in London have stated that the situation in Northern Ireland was incompatible with human rights legislation. It is these decisions, coupled with moves from parliament in London, that have prompted the changes. In January 2017, the devolved government of Northern Ireland broke down over a dispute about a renewable heating initiative and was suspended. In July 2019, Westminster passed legislation which said that if the Northern Irish Assembly had not been re-established by October 21 then the law in Northern Ireland would be changed. That means that a new legal framework for abortion law must be in place by March 31 2020, and same-sex marriage and opposite-sex civil partnerships must be introduced by January 13 2020.

A consultation will shortly be opened to debate what the law should ultimately look like. However, we already know that, from 2020, abortions will be permitted in a much wider range of cases than the very restricted legal situation in Northern Ireland has previously allowed.

The UK government now has a legal duty to introduce access to abortion in Northern Ireland by the 2020 March deadline along the lines of the 2018 UN Committee on the Elimination of Discrimination Against Women report. This will allow for abortion at the very least in cases of rape, incest, severe foetal abnormality and threats to a woman’s physical or mental health.

In the meantime, interim arrangements have been put in place so that abortion is now decriminalised. GPs will be encouraged to put women seeking terminations in contact with a central booking system, which can arrange NHS-funded treatment in England.

Despite these monumental developments, it’s not guaranteed that Northern Ireland will end up with the same abortion laws as the rest of the UK. There may still be an uphill battle to implement a similarly liberal framework.

Indeed, these legislative changes have not been driven by the government in Northern Ireland, but from Westminster. The changes do reflect a growing cross-party consensus in Westminster that Northern Ireland should not continue to be allowed to impose different rules on its citizens than other parts of the UK. The motion that prompted the change in Northern Ireland passed overwhelmingly by 332 to 99 votes in the House of Commons.

The changes at Westminster around abortion and same-sex marriage were pushed by backbenchers – Labour MP Stella Creasy (who was also behind the 2018 change to funding for women travelling from Northern Ireland) and Connor McGinn (the Northern Irish born Labour MP for St Helens North). Their distance from the front benches may have been helpful in terms of the partisan support that these successful motions enjoyed.

Key Conservative women were also vocally supportive of the changes, including Penny Mordaunt – women and equalities minister at the time – who declared that the situation for Northern Irish women was “appalling”.

The DUP has opposed the changes, but has been treading a careful line. To block Westminster it would have to get the Northern Ireland Assembly up and running again, which would have involved political compromises on other issues that it is not yet ready to make.

But senior DUP members, including party leader Arlene Foster have been present at sizeable anti-abortion rallies outside Stormont, home to the assembly.

The DUP attended the Assembly just as the deadline on the legislation approached in what was supposed to be an attempt to get the Northern Ireland government up and running again. But Sinn Fein didn’t turn up, and so the event ended up being largely symbolic. It was over within in an hour and descended into farce, with various parties walking out en masse.

Yet the DUP’s position against liberalising abortion may suggest there will be difficulties ahead in cementing substantial change by the end of March next year. Resistant voices may have influence during the consultation.

As a result, at least in the interim, we will still see significant numbers of women having to travel to England for treatment. Abortion equality across the four regions of the UK is yet to be fully guaranteed. 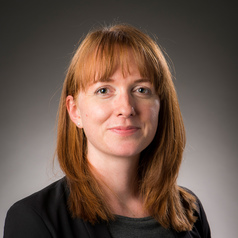