A New Union Jack? This Man Created A New Flag To Celebrate Our Diversity

By A New Union Jack? This Man Created A New Flag To Celebrate Our Diversity, 5 Sep 2018

“The question ‘where are you from’ isn’t always xenophobic,” explains Gil Mualem-Doron. “Sometimes it comes from a place of curiosity, but for someone who is British, and doesn’t have a foreign accent, this question is baffling.”

It was this bafflement – and frustration – which led the artist to create his latest exhibition, a new Union Jack for a modern Britain, which opened at Rich Mix today.

As well as hoping to challenge the recent rise in xenophobia, the dislike of people from other countries, Gil hopes it can show the diversity of both modern Britain – and the UK’s past.

“[Asking people where they come from] comes from ignorance of what actually makes Britain a nation,” he continues. “Historically, because of colonialism and the British Empire, we are not a race with a particular look; we are a nation of immigrants.”

‘A Focus On Identity’ His new union flag is based on the Union Jack, but instead of the traditional red white and blue, it takes on a huge range of textile designs reflecting minority communities and Britain’s multiculturalism.

The artwork has almost become a collaborative project in itself. As the British-Israeli artist toured the country, he incorporated new designs from British citizens who didn’t see themselves represented yet.

I was anxious about xenophobia and I wanted to show the diversity of the people in the UK.

“Most of my art has been engaged with the Palestinian struggle for freedom,” he told RightsInfo. “But I started to think about the new union flag when UKIP was gaining more power at the end of 2014.

“I was anxious about xenophobia and I wanted to show the diversity of people in the UK,” he added, something which tied in with him constantly hearing of non-white friends being asked what they were doing here. The flag on tour in Blackpool. Image Credit: Gil Mualem-Doron

As a piece centred on identity, it’s clear that Gil’s work touches on several human rights issues. After all, Article 14 of the Human Rights Convention protects us all from discrimination, regardless of our race, language, religion, national or social origin. At their heart, human rights are about ensuring that we can all participate in society equally, no matter who we are or where we come from.

However, the flag has not always been met with a warm reception as it’s travelled the UK’s towns, art galleries and protests. When exhibiting, Gil decided to show both the union flag and the Union Jack. He took photographs of people standing beside either one, so those supporting the Union Jack could still take part in the project.

“I suspect that smaller communities in the North may have felt the need to show they’re part of the nation, and for some of them, the Union Jack was what brought them here. It enabled them to come to the UK, and feel safe whilst pursuing better economic opportunities and personal freedoms.” The reaction intensified online – when a digital version was posted on Facebook, Gil received a torrent of abuse and harsh reactions. Some criticised the aesthetic and commented that the design was too visually complex to be viable as a real flag. Others expressed nationalistic concerns.

Even if the flag isn’t adopted, I still think bringing it to Parliament is significant.

Yet, whilst the reception on and offline has been varied, hundreds of people have already signed a petition to discuss the flag’s adoption in Parliament. And for Gil, it’s not just about the flag itself.

“Even if the flag isn’t adopted, I still think bringing it to Parliament is significant,” he explained. “Budgets for art, art in schools, galleries and museums are decreasing, and it would also be an opportunity to discuss what it is to be British. The Union Jack does not represent the current mix of people in the UK.”

The flag will next be seen at The New Babylonions exhibition at the Rich Mix from September 5th to 27th, with workshops for schools, families, and adults, as well as photo shoots with the flag. 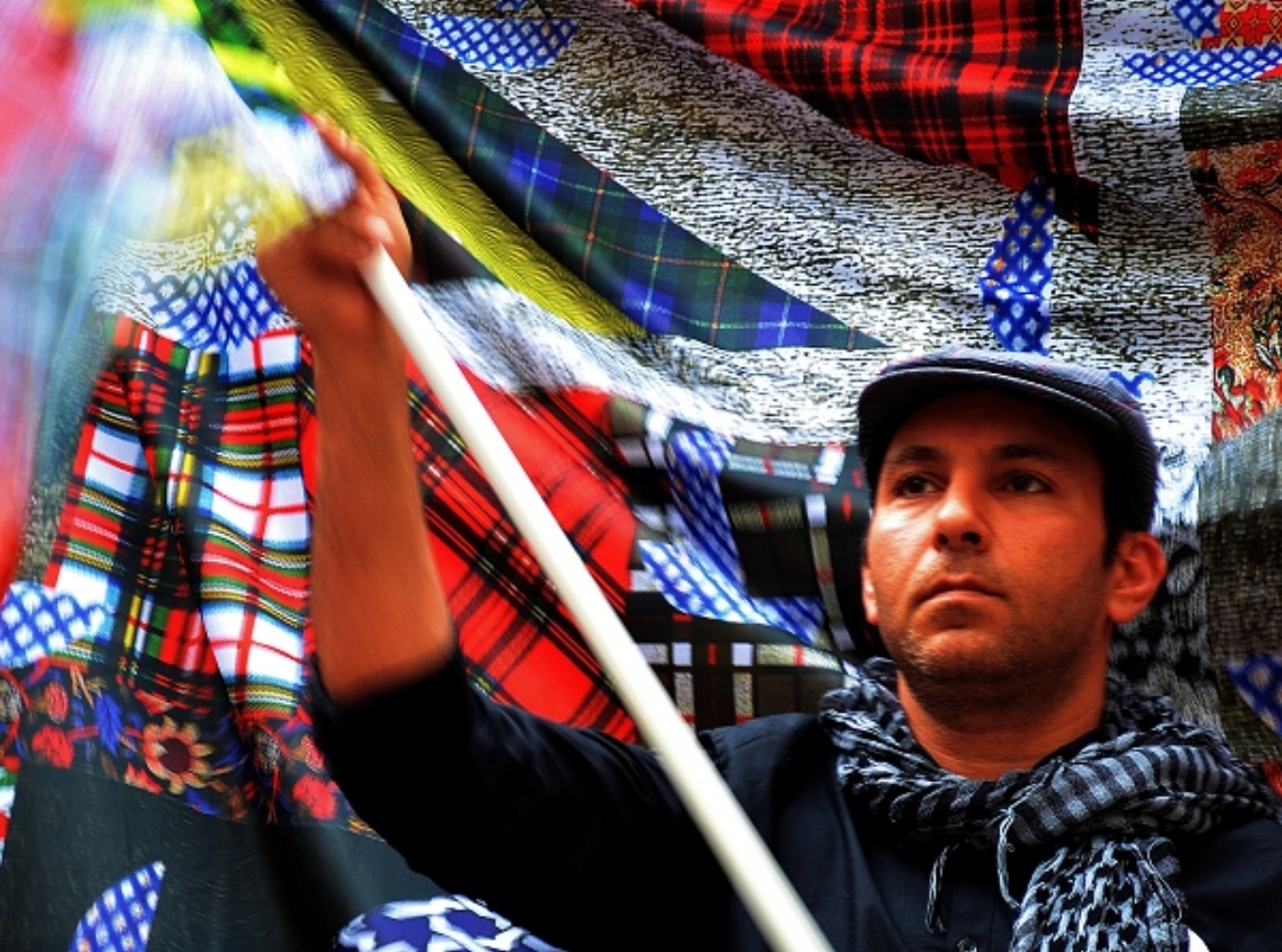 A New Union Jack? This Man Created A New Flag To Celebrate Our Diversity

Gil Mualem-Doron created the new flag in response to rising reports of xenophobia and nationalism.

Gil Mualem-Doron created the new flag in response to rising reports of xenophobia and nationalism.