By The 'Twilight Killers': Should Child Murderers Remain Anonymous?, 14 Jun 2017

On the night of April 13th 2016, 15-year-old Kim Edwards opened her bathroom window to allow her boyfriend, 14-year-old Lucas Markham, to enter her home. As planned, they murdered Kim’s mother Elizabeth and younger sister Katie, stabbing and suffocating them, before settling down to watch a vampire film.

When the pair were sentenced to life imprisonment the following November, they were dubbed the ‘Twilight Killers’ by the press, but they weren’t named. This was because in most criminal cases involving young people, their identity is not published if they’re under 18. This is thanks to Section 45 of the Youth Justice and Evidence Act 1999.

Exceptions to the Rule – And Why it Exists While it’s the norm that children won’t be named, the courts can choose to make an exception on a number of grounds. This includes if it’s in the interests of justice or in the public interest. Judges might also choose to lift anonymity if it imposes substantial and unreasonable restrictions on reporting the case – the UK system is mostly open, which means making the process accessible, accountable, and transparent to both the public and the press.

The judge had chosen not to allow identification during the trial, in order to avoid a ‘media circus’ and also to protect the teenage defendants who were described as emotionally vulnerable. Post-conviction he was minded to allow the killers to be named, but Human Rights legal challenges from both sides of the argument delayed the decision. Last week the Court of Appeal finally ruled the identity of the killers could be revealed. The press had previously challenged the anonymity afforded to the killers in this case on the grounds of ‘open justice’ – the principle that justice is administered in public, open to full and fair reporting of proceedings, so that the public is aware of the justice administered in their name.

They also argued that it was impossible to report the case in context if the relationship of the killers to their victims was not revealed and that their identification would have a deterrent effect against similar crimes. The media also said any adverse impact on the pair, such as on their right to privacy and family life (Article 8 of the Human Rights Convention) and their right to life (Article 2) was outweighed by the rights to report freely (Article 10).

The press were opposed by organisations such as Just for Kids Law,  who cited Article 3 of the 1989 UN Convention on the Rights of the Child which states that the best interests of the child must be the top priority.

Balancing the arguments of both sides the Courts concluded that the ‘top’ priority was not the only priority and, given the exceptionally grave nature of the crime, came down to the side of the Article 10 rights of the press, allowing the killers to be named.

Though the Spalding murder case was unusual, it was not exceptional. As far back as 1968, Mary Bell was convicted of killing two children while she was 10. The 1993 murder of toddler Jamie Bulger was carried out by two 10-year-olds, Robert Thompson and Jon Venables.

Currently child criminals generally lose their anonymity upon reaching 18. However, the courts can make an exception. The killers of Jamie Bulger were granted life-long anonymity upon their release in 2001, in part to protect against vigilante attacks, and also to not disrupt their ongoing rehabilitation and reintegration into society. Mary Bell was awarded a similar life-long injunction two years later, mainly to protect her then teenaged daughter from press intrusion. The Youth Justice System tries to adopt an attitude of ‘child first, offender second’ and treats children who break the law somewhat differently to adults. Rather than trying to just punish them, it tries to change the lives of troubled children, who often have multiple and complex needs

There have been suggestions that all child criminals should be given life-long anonymity to reduce reoffending rates. In 2016, government-commissioned review of the Youth Justice System expressed concern that once anonymity had expired a young person could be identified even though their conviction may have become spent, and that public shaming could also affect their rehabilitation. The Ministry of Justice said it would examine the suggestions, but elements of the press and MPs raised objections, believing the power to grant anonymity should reside with judges on a case by case basis.

It’s a debate that’s yet to be finished – and one that rests on balancing the human rights The ‘Twilight murders’ have highlighted an ongoing debate within the Youth Justice System about balancing the public’s right to information against the rights of youth offenders, both during their childhood and in their adulthood. 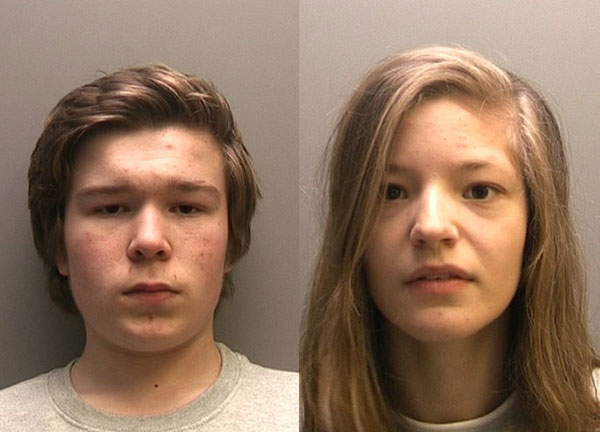 The 'Twilight Killers': Should Child Murderers Remain Anonymous?
Visions / 17 Mar 2022 Should Access To The Internet Be A Human Right?
Institutions / 17 May 2022 More Needs To Be Done To Uphold Freedom Of Information In Scotland
Equality / 16 May 2022 What's New In Human Rights In Scotland? EachOther Is!
Disability / 13 May 2022 Repeat Safety Failures In A Mental Health Unit Contributed To A Man's Death
Discrimination / 12 May 2022 Homeless People Sleeping In Cars Or Tents Could Be 'Committing' A Criminal Offence