From Trump’s Zero Tolerance Policy to Yarl’s Wood: What Are Asylum Seekers’ Rights?

By From Trump's Zero Tolerance Policy to Yarl's Wood: What Are Asylum Seekers' Rights?, 22 Jun 2018

We look at the human rights implications of Trump’s immigration policy and what that means for asylum seekers here in the UK.

Earlier this year, the Trump administration announced a far stricter stance on immigration. This has lead to an enormous controversy, with migrant children being separated from their parents at the US border. As Trump’s government reconsiders its approach, we look the human rights implications and situation for asylum seekers here in the UK. As part of Trump’s zero-tolerance policy, his government sought the criminal prosecution of all migrants who crossed the border unlawfully, including asylum seekers. If someone attempted to cross the border with their children, those children would be separated from their parents. Parents and children were then held separately in detention camps.

On 15 June, a spokesman for the Department of Homeland Security confirmed that between 19 April and 31 May 2018, 1,995 children had been separated from 1,940 adults who identified themselves as their guardians.

Trump recently signed an executive order stipulating that migrant families should be kept together. However, rather than being released, these families will remain in detention. This situation is likely to be challenged due to Flores v. Reno, a 1997 federal court ruling which found that children can only legally be detained for 20 days. The Trump administration is currently searching for ways to bypass the ruling.

Many observers argue that US authorities have made no significant efforts to reunite the separated families. Others claim it would be remarkably difficult to successfully re-match all displaced children and parents within the fragile infrastructure of the detention system. There’s also the additional challenge of the language barrier as well as the age and communication skills of the children involved.

What’s the Situation for Asylum Seekers in the UK? Image: ‘Children of the Kindertransport’ by Loco Steve/ flickr.com

Closer to home, protests and hunger strikes at Yarl’s Wood Immigration Removal Centre highlight the vulnerability of asylum seekers and migrants. The UK system has detained people who came to the UK as minors. It has also detained people without placing a time limit on their detention.

Many have argued that the environment in Yarls Wood has inadequate support and healthcare. The suicides of three unaccompanied Eritrean teenagers in the UK draws attention to the difficulties faced by young people seeking safety.

What Do Human Rights Say? According to international law, the right to seek asylum should not be treated as a criminal activity. Article 14 (2) of the Universal Declaration of Human Rights guarantees the right “to seek and to enjoy in other countries asylum from persecution.” An asylum seeker is someone who has fled their country of origin to seek protection elsewhere.

After arriving in another country, an asylum seeker may later be recognised as a refugee by meeting the criteria laid out in the 1951 United Nations Refugee Convention (UNRC). This means they must have a well-founded fear of persecution “for reasons of race, religion, nationality, membership of a particular social group or political opinion.” Once recognised, the refugee should benefit from the protections laid out in the UNRC.

From a medical standpoint, there are significant implications to separating children from their families. There is evidence to show that this separation compromises the right to health. The right to health is contained in Article 25 of the UDHR and in the constitution of the World Health Organisation. It’s also in the International Covenant on Economic, Social and Cultural Rights where Article 12 guarantees the “highest attainable standard of physical and mental health.”

When a young child is suddenly separated from their parents, a fight or flight response is triggered and levels of the stress hormone cortisol skyrocket within the child’s brain. These children remain on edge and, in an unfamiliar environment, there is no dampening down of their stress response. This can lead to a state referred to as “toxic stress.” The prolonged release of cortisol in young developing brains can have a significant long term impact, delaying growth and normal childhood development.

The continuing discrimination and challenges faced by immigrants, refugees and asylum seekers across the world undermines the principles of human rights. Both in the UK and abroad, asylum seekers should be granted the full range of legal protections. 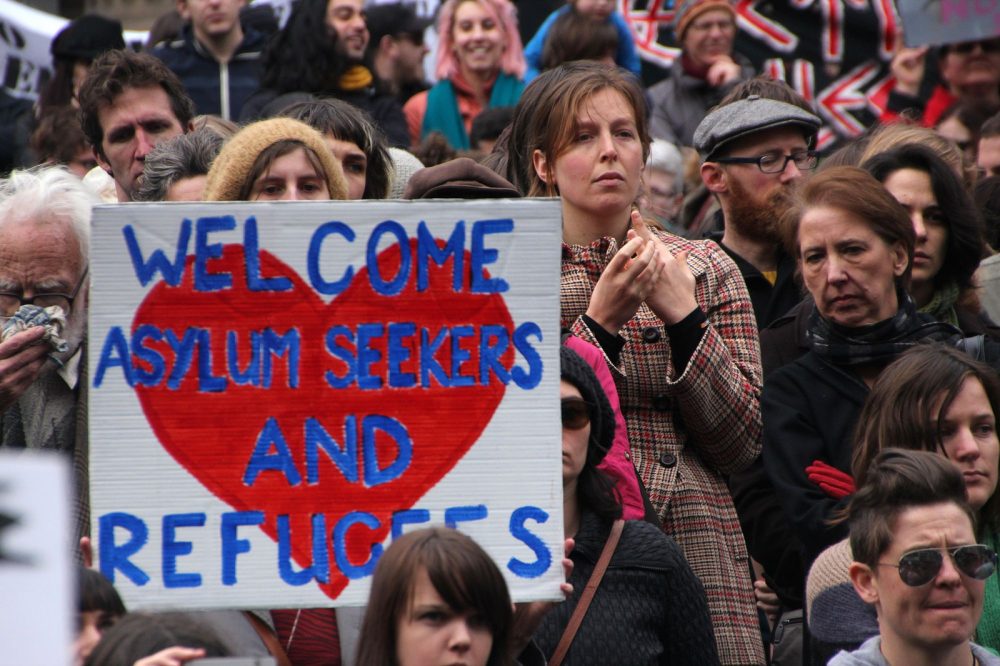 From Trump's Zero Tolerance Policy to Yarl's Wood: What Are Asylum Seekers' Rights?

With the controversy over Trump's immigration policy, we look at the situation for asylum seekers here in the UK.

With the controversy over Trump's immigration policy, we look at the situation for asylum seekers here in the UK.