By Why Painting Your Face at the Donald Trump Protest Could Protect Your Rights, 13 Jul 2018

About 50,000 people are expected to take to the streets today in a nationwide demonstration being termed ‘a carnival of resistance’.

Some will march in protest against Donald Trump and his policies as he makes an official visit to the UK. The women’s march invites people to a day of joy, love, solidarity and resistance, standing together in celebration of diverse communities. And drag performer Cheddar Gorgeous will lead a drag protest parade to highlight Trump’s negative stance on LGBT+ issues.

Rallies, marches and protests are all important ways that we can peacefully and lawfully express our resistance. However, there are growing concerns that new police digital surveillance techniques are putting our right to protest, as enshrined in Article 11 of the Human Rights Convention, at risk.

Do We Have a Human Right to Protest? Absolutely. Our rights to freedom of expression, association and assembly – including our right to protest – are fundamental. Public authorities like the police must act in a way that doesn’t breach these rights, and they should take steps to facilitate peaceful protest.

Police are rolling out an alarming array of new surveillance technology.

But instead, the police are rolling out an alarming array of new surveillance technology, designed to monitor us as we go about our everyday lives – including when we participate in protests.

Are The Police Really Tracking Our Faces? To put it bluntly, yes, they are. Facial recognition technology works by matching live images of people walking past special cameras with ‘probe images’ on a watch list put together by the police.

Human rights organisation Liberty has long raised concerns about the use of facial recognition technology in public spaces. It is a hugely disproportionate crime-fighting technique, violating the privacy of everyone within range of the cameras by scanning their faces and capturing deeply personal biometric data. And there is no law allowing the police to use it in this way.

The police’s indiscriminate use of facial recognition technology on our streets makes our privacy rights worthless and will force us all to alter our behaviour – it needs to be challenged and it needs to stop.

In March this year, police deployed facial recognition technology at a protest for the first time. Protesters who attended the ‘Stop the Arms Fair’ protest in Cardiff have said they felt intimidated and would be put off attending future protests.

Liberty is also representing Ed Bridges, a local activist who attended the protest, as he mounts a legal challenge against South Wales Police. He says their indiscriminate use of facial recognition technology on our streets renders our privacy rights worthless and will force us all to alter our behaviour.

They’re Tapping Our Phones Too It’s not just our biometric information that is vulnerable to being monitored – it’s our private messages and phone calls too.

IMSI-catchers are sinister pieces of tech that can be used to locate and track all switched-on mobile phones at a protest or public event by mimicking mobile phone towers, tricking phones into connecting with them and revealing personal data.

They can even be used to intercept and monitor your calls and messages – and you wouldn’t even know it was happening. The police “neither confirm nor deny” that they use these devices – but the Metropolitan police were known to have purchased the technology in 2008/2009.

The Dangers of Portable Technology In a weird quirk of law, police need a warrant to search your home – but not your phone. The police are now using mobile phone “extraction technology”, which can download all the content and data from your phone – including messages, photos, videos contacts and visited web pages – and even those that are encrypted or deleted.

This ‘pop-up’ surveillance technology is dangerous – particularly for children and vulnerable adults.

This can be done without your consent or even your knowledge when your phone is handled by the police in the course of an investigation – even if you are a victim or a witness. And they can store that data indefinitely.

As technology develops, it also becomes more portable – making it easier for police to use it on people when they’re out and about.

This proposal is incredibly invasive, and there is no discussion of consent or letting people access legal advice when this happens.

The latest technology to become mobile is fingerprint scanning – the Home Office has announced that West Yorkshire Police will roll out a scheme letting officers armed with portable scanners check anyone’s fingerprints against both criminal and immigration databases. This proposal is incredibly invasive, and there is no discussion of consent or letting people access legal advice when this happens.

This ‘pop-up’ surveillance technology is dangerous – particularly for children and vulnerable adults. And it’s open to abuse – especially when the government is so keen to create a hostile environment for migrants.

So, How Can I Protect Myself? One of the easiest ways to protect yourself is actually pretty simple – facepaint.

Liberty will be out and about on the day to give advice on painting faces, as well as general advice on your right to protest. You can also get in touch with Liberty’s Advice and Information team. or follow Liberty on Twitter. 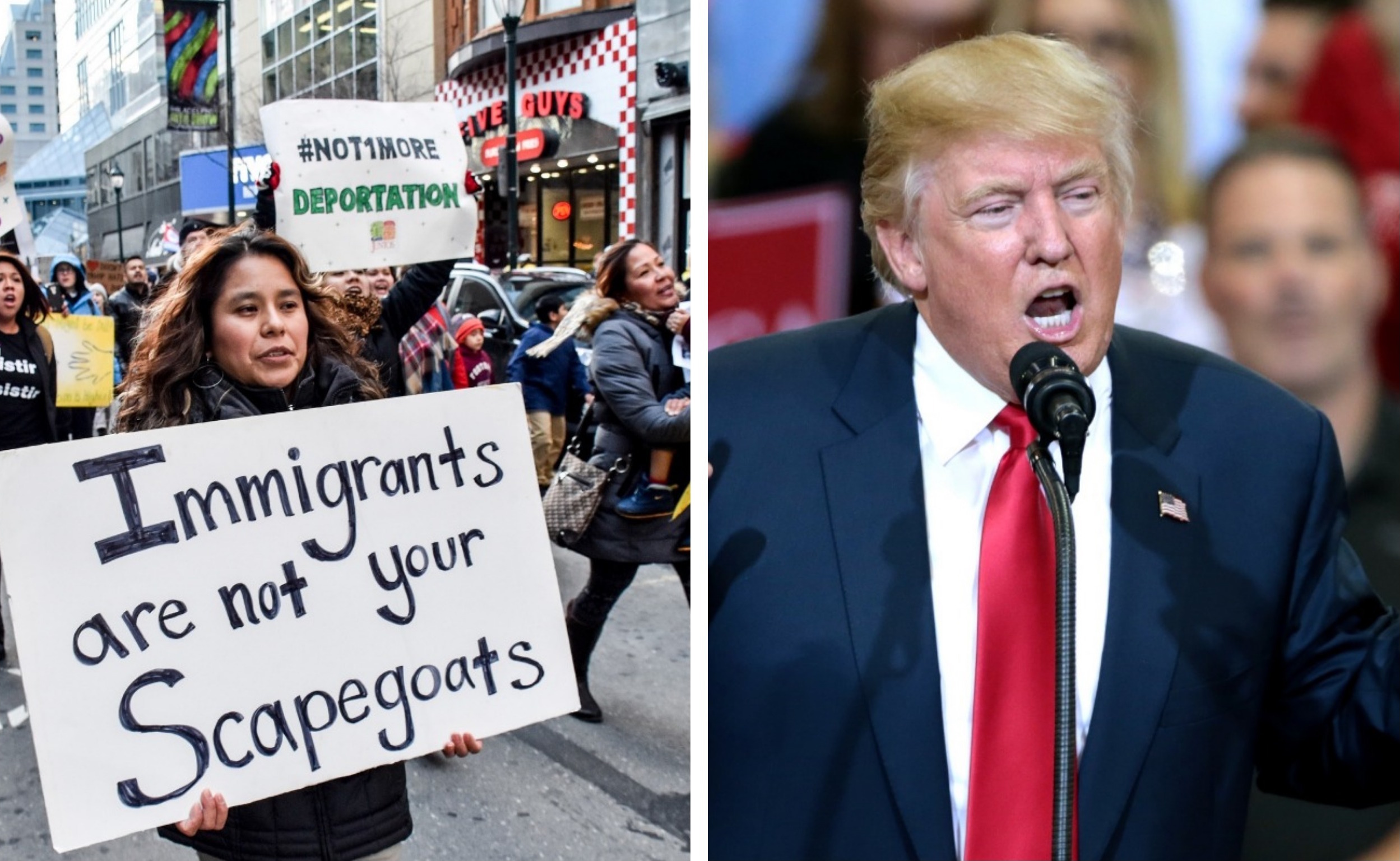 Thousands of people are expected the protest the US President's visit today - but how can you protect your right to protest?

Thousands of people are expected the protest the US President's visit today - but how can you protect your right to protest?