How Being Legally Recognised As A Trans Woman Changed My Life

It was not until she was diagnosed with Parkinson’s disease last year that Dee Livesey had seriously considered getting a Gender Recognition Certificate (GRC).

After all, the 57-year-old had been living as a trans woman for more than ten years. Under the Equality Act 2010, she was already protected from discrimination and felt able to use public facilities in accordance with her gender. Her few friends that did have a GRC – a document which gives legal recognition to adults who have changed their gender in the UK – told her that it was a long and arduous process, and so it hardly seemed worth the hassle.

Then, in September 2019, Dee was diagnosed with Parkinson’s disease, a progressive nervous system disorder. She realised that if she outlived her wife, 24 years her senior, then her estranged family, which opposed her transition, could lay claim to her estate as next of kin and ensure that she was buried as a ‘man’ in the eyes of the law, as had happened to one of her late friends. Dee also feared that, if she did require round-the-clock medical care, then she could legally be treated according to the gender marker on her birth certificate.

Speaking over the phone from her home near Blackpool, Dee explains that, because of her diagnosis, she sought the protections that a GRC provided, and so she began her application in September. After months of struggle, during which her application was twice sent back with requests for further information, Dee at last got her GRC in late March. Yesterday (19 May), she received her amended birth certificate. Still, the whole experience, she goes as far as to say, was the “hardest thing [she’s] ever done”. Her wife Estelle, meanwhile, says it was “horrific” to watch Dee being “put through the mill”.

The whole process was just really invasive…It just made me feel really down and really depressed.

Dee is one of approximately just 6,000 transgender people to have obtained a GRC under the Gender Recognition Act since it came into force in 2005. This statistic speaks volumes when compared with the actual number of trans people living in the UK which, according to the Government Equalities Office, is estimated at between 200,000 and 500,000.

The process is considered so difficult and intrusive, says Dee, that many trans people don’t want to put themselves through the stress unless they need to do so for legal reasons. Looking back, she describes the application form as “lengthy,” “complex” and “hard to understand.” Estelle agrees, saying she found the application “out of date”, requiring her approval as Dee’s spouse, which she didn’t think should have been necessary.

The application form for a GRC. Credit: Courtesy of Dee Livesey

For her application, Dee was required to supply an exhaustive catalogue of medical records, from the diagnosis of her gender dysphoria to the status of her physical transition, alongside various other documents, including her birth and marriage certificates. All in all, she says her supporting evidence ran to some 25 pages, which then had to be assessed by a panel of legal and medical officials. At one point, she broke down in tears when an administrative assistant asked if she’d undergone genital surgery on the phone.

“The whole process was just really invasive,” she recalls. “I had to dig deep through things that I found difficult to do, [there were] dark days. It was really, really ugly. It just made me feel really down and really depressed.”

Dee’s bad experience resonates with others in the trans community who have called on the government to reform the Gender Recognition Act so that it is easier for people legally to change their gender. In July 2016, the government finally appeared to heed the calls from campaigners when the then equalities minister Nicky Morgan pledged that the act would be reviewed in England and Wales, saying it was an “outdated system” and that she would “ensure the transgender person’s needs are at the heart of the process.” Scotland, meanwhile, launched its own Gender Recognition Reform Bill.

These promises were echoed by Morgan’s successor, Justine Greening, who launched a consultation that went on to receive more than 100,000 responses. At the time, trans people were hopeful – at last, it seemed, they were being listened to. Following the result of the last government’s national LGBT survey in July 2018, then prime minister Theresa May said she wanted to ensure that the GRC process was “de-medicalised”, which campaigners believed could mean a self-identification system, as had already been successfully introduced in the Republic of Ireland, Norway and Denmark.

Among those to have voiced concerns over reforming the GRA are the group Woman’s Place UK. They believe that a “person’s ‘sex’ is not the same as ‘gender identity’”, and an overhaul could impede access to women-only spaces. “All services could be impacted by these proposed changes including hospital wards, retail changing rooms, separate toilet facilities and women’s sports,” said WPUK spokeswoman Ruth Serwotka in a press release on the eve of the consultation. “It is time that the needs of women were given proper consideration instead of being over looked.” However, as it currently stands, the GRA does not include provisions concerning single-sex spaces. Instead, this area is covered by the Equality Act 2010.

What does the Equality Act say about single-sex spaces?

Under the Equality Act 2010, trans people are normally able to use the single-sex public facilities of their choice, regardless of whether they have a GRC or not, except for, according to the Equality and Human Rights Commission, in “very restricted circumstances.”

As Allan Briddock, a barrister and founding member of the Trans Equality Legal Initiative (TELI), says: “The starting point is that a trans woman or man can use the Equality Act to access single-sex spaces. It is possible for a single-sex establishment to exclude a trans woman or man, but it is the exception rather than the norm, and it has to be justified and proportionate. The onus is on the single-sex establishment to prove that it is all of those things. It is yet unclear if a non-binary person is protected as the protected characteristic under the act is ‘gender reassignment.’”

The landscape for trans rights has changed dramatically since 2016. Against the backdrop of Brexit and the Trump presidency, anti-trans rhetoric has increased significantly in the UK, with trans people being vilified as “extremists” and “ideologists” by the press. In June, the number of anti-transgender hate crimes recorded by police increased by more than 80% compared with the previous year.

Amid this upheaval, the planned GRA reforms have been delayed repeatedly and the government has yet to respond to the consultation. Indeed, the post of women and equalities minister has changed hands five times since Morgan’s pledge. There has been a change of government, too. 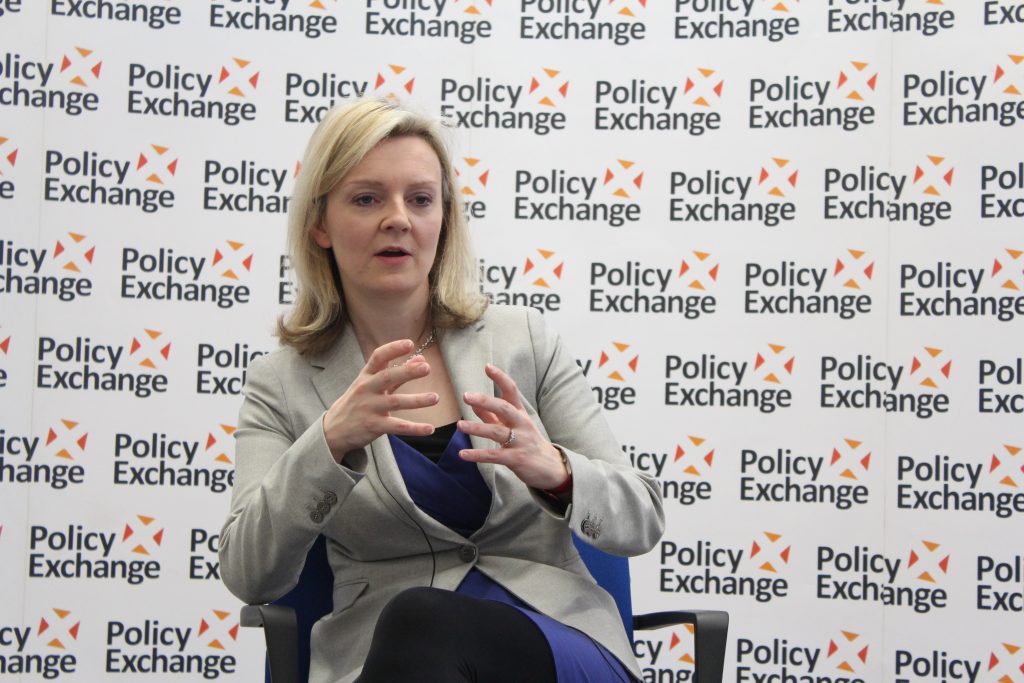 Finally, last month, the government gave an update on its plans for reform – although it appears to have raised more questions than answers. Addressing a select committee, the current women and equalities minister and trade secretary Liz Truss said the government would respond on “the future” of the GRA by the summer, steering clear of any explicit commitment to reform.

She said that this response would have three principles: firstly, the protection of single-sex spaces and, secondly, making sure transgender adults were “free to live their lives as they wish … whilst maintaining the proper checks and balances in the system”. Lastly, Truss said she would ensure that “under 18s are protected from decisions that they could make, that are irreversible in the future.” This has been interpreted as a reference to a row over the provision of puberty blockers and hormones to children below the age of 18.

For non-binary campaigner Fox Fisher, Truss’ concerns are “misplaced, and based on misinformation and fear.” Fisher, who said that any reforms to the GRA must include the rights of non-binary people, adds: “Transgender people have been using single-sex spaces for decades already with no issues and their right to is protected in the Equality Act 2010 … The GRA has nothing to do with this, as all it has to do with is making it easier for transgender people to change their birth certificate.” 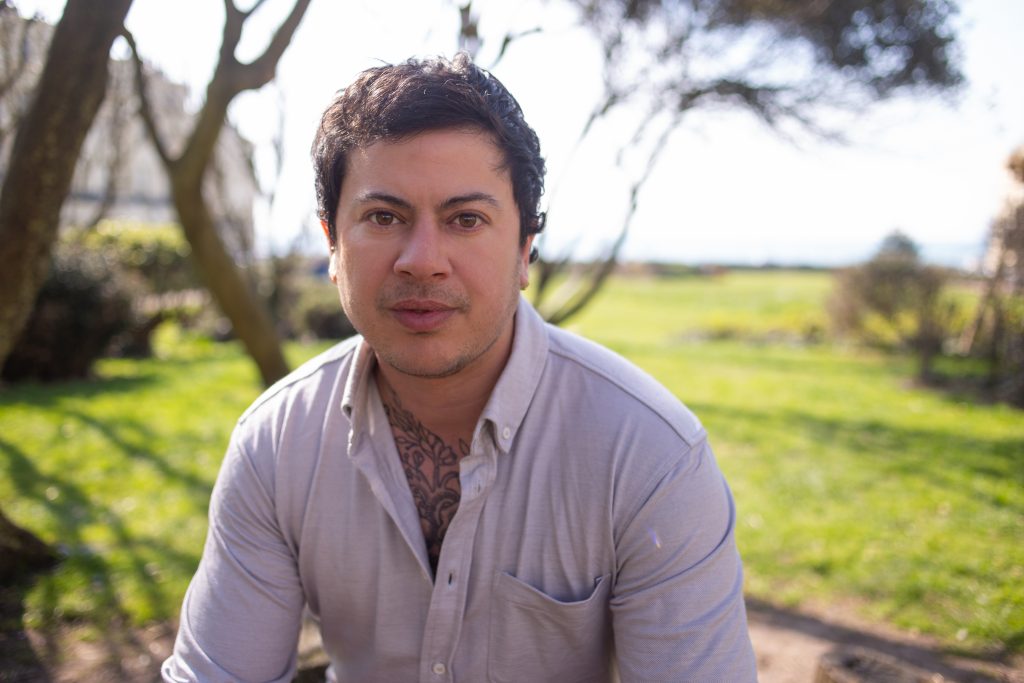 At Mermaids UK, a charity for gender diverse children, there is fear that Truss’ rhetoric constitutes a threat to trans rights. However, Susie Green, CEO of Mermaids UK, is for now “asking for clarity” given that the comments were “very vague”. Internationally, trans rights are under threat: the Trump administration has banned some trans people from serving in the US military, and, yesterday (19 May), Hungary stripped trans people of the right to legal gender recognition.

“Unfortunately, at the moment, we don’t actually really know what she means,” explains Green. “What we don’t want to do is jump to massive assumptions about this. The worry is very much, though, that the language does follow the narrative that has been used to attack trans rights. The concern is that this will be a concerted effort to roll back trans rights, but also to deny trans young people autonomy over their own bodies and over being able to make decisions about their own healthcare.”

Since Truss’ statements, the government remains tight-lipped over its intentions for the GRA. When EachOther emailed the Government Equalities Office, asking it to expand on Truss’ comments, a press officer replied: “I’m afraid we’re not going any further than what SoS said to the Committee. As she said, we’ll set out our full plans and response to the consultation before the summer.”

Dee fears what the summer could hold for the trans community when the government unveils its measures. “It’s gonna cause a lot of hardship for a lot of people,” she predicts. For her, being able to obtain a GRC has given her the legal protections that she needs as she continues to live her life to the fullest while battling Parkinson’s disease.

“I just laughed,” says Dee of the moment she received her GRC. “Finally, I’d got there. I think, deep down, I’d just switched my brain off and just [told myself]: ‘Keep going.’ Because that’s what you have to do when you’re transgender – you do get rejected a lot in life about a lot of things. You just have to grit your teeth and fight on.

“It was a huge relief. Because what that means is, now, if I have to go into care, then it means I’ve got a birth certificate that says female. If I can’t look after myself or communicate well, it means that I can rely on others to understand that I’ve got a legal gender. I’ll get the right treatment, whether I can communicate or not.”

Liberty, Amnesty International and Human Rights Watch this week issued a joint statement on trans rights in the UK. Mermaids UK has set up a page detailing how you can write to your MP with your views on reform of the Gender Recognition Act.

Have you been affected by this story?

Have you been affected by or do you have information connected to issues in this story?
We would like to hear from you - and will treat your information in strict confidence.