‘LGBT People Must Have The Right To Be Pleasantly Ignored’: Senior Rabbi Laura Janner-Klausner

Trans rights, poverty, modesty, and difficult conversations. These are but a few of the topics which came up when Senior Rabbi Laura Janner-Klausner sat down to answer EachOther’s big questions.

Rabbi Janner-Klausner, an outspoken voice on human rights issues ranging from Israel-Palestine to same-sex marriage, has served as Reform Judaism’s Senior Rabbi since 2011.

It was not until her teenage years that the 56-year-old self-described feminist joined Reform Judaism.

She was brought up in a north London Orthodox synagogue but decided to leave as she grew to find the denomination “sexist” for the restrictions it places on women’s involvement in religious services and communal life – something that she wanted to take part in.

After finishing her degree in Christianity at Cambridge University, the Rabbi moved to Israel where her work included training Israelis and Palestinians in how to foster dialogue as part of an ongoing peace process. It is also there that she met her partner David and where her children were born.

When it comes to human rights, she tells EachOther it is the issue of LGBT+ equality that is closest to her heart.

In October last year, she first spoke publicly about the learning journey she was taken on after Tal, her eldest child, came out as gender non-binary around eight years ago. Tal, who is now 28, identifies as neither man nor woman, and prefers to be referred to by the pronoun “they”.

She spoke of how many people are afraid to engage in the discussion around the reform of the Gender Recognition Act 2004, which had once been considered pioneering in the rights it gave transgender people, for fear of “fiery backlash”.

One year on, Rabbi Laura shares her views on, among other things, how shed more light than heat on our rights. 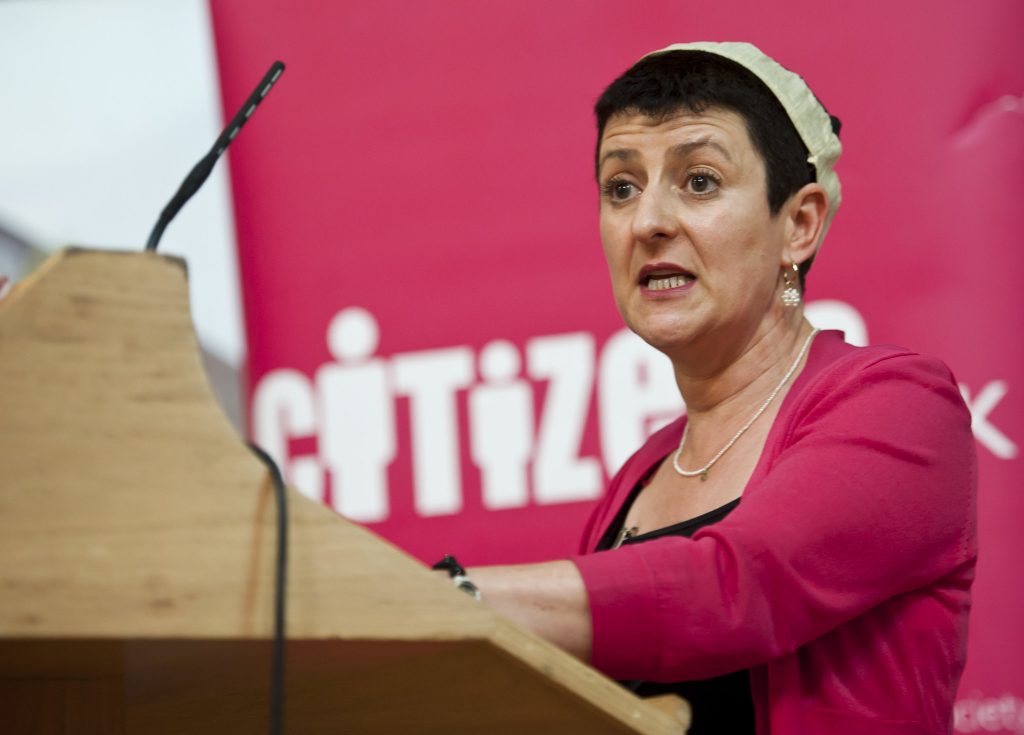 Describe what you do in 10 words or less?

I am a Senior Rabbi to reform Judaism.

To fight for other people. I was taught by my father, who was a Labour MP, that it is a commandment to look after people who are less fortunate than we are.

What advice would you give a 10-year-old you?

Collaborate with other people when you want to take a risk and have an impact on people. You’ve got less chance of succeeding by yourself. Together, you can make more difference than you think.

Who would play you in a film about your life? Why?

No one is going to make a movie of my life. I just want to be a normal person. It’s a very self-aggrandising question. Yuck! I value modesty. It’s just not my thing. I am here to serve other people.

Loads! I haven’t even got started yet. There is tackling polarisation in England, and the level of segregation is terrible. The way trans people are treated is worrying. I want people to enjoy being Jewish and not have to worry about anti-Semitism. I want people to understand the meaning of power.

If you could immediately put right one injustice in the UK right now – which would it be? Why?

Poverty, because I think it affects the most people and they have less capacity to speak up about it.

I would say LGBT rights. Why? Because I live and breathe it and it is the closest to my heart. It is a cause that makes me weep if it is wrong. LGBT people must have the right to be a) safe, b) be celebrated, and c) be pleasantly ignored.

Yes. We need to deliberately engineer social moments where people have difficult conversations they otherwise don’t have. You need to bring people together to have conversations on issues that are divisive, in a way that we can stop ourselves retreating.

Whether they are arguing about Brexit or Jews and Muslims, people tend to either segregate themselves with other people they already agree with or shriek at each other.

We have lost the capacity for boring old good debate and action.

Do you think about human rights in your approach to your day-to-day life or work? If yes, how so?

Oh my gosh, yes. I’m constantly coming up against issues which I try to solve by asking myself the questions: where is the human in this? What are their rights?