‘We’re Asking For Evidence’: The Rights Of Businesses Under Covid Restrictions

“What we’re asking for is evidence,” said Si Vanderbelt, 44, owner of a Liverpool micro pub whose future is now uncertain following the introduction of strict tier 3 Covid restrictions. “If there is the evidence, then we’re happy to play our part … but we can’t be expected to shoulder the burden alone – we have to be supported financially.”

Last Thursday the Liverpool City Region became subject to the most severe restrictions under England’s new three-tier lockdown system, followed shortly after by Lancashire, while Greater Manchester will enter tier 3 on Friday.

Among the restrictions now in force in tier 3 areas is a requirement for pubs and bars to close to the public – unless operating as if they were a restaurant – amid a ban on household mixing indoors and in most outdoor public venues. Meanwhile, London has moved into tier 2 – putting a stop to the mixing of different households indoors.

Hospitality businesses across England were already required to abide by a controversial 10pm curfew, which was approved by Parliament last week despite Conservative and Labour rebellion.

Industry chiefs fear the measures will have “catastrophic” impact on restaurants and bars, with some arguing there is a lack of scientific evidence behind them and others taking to the streets in protest. 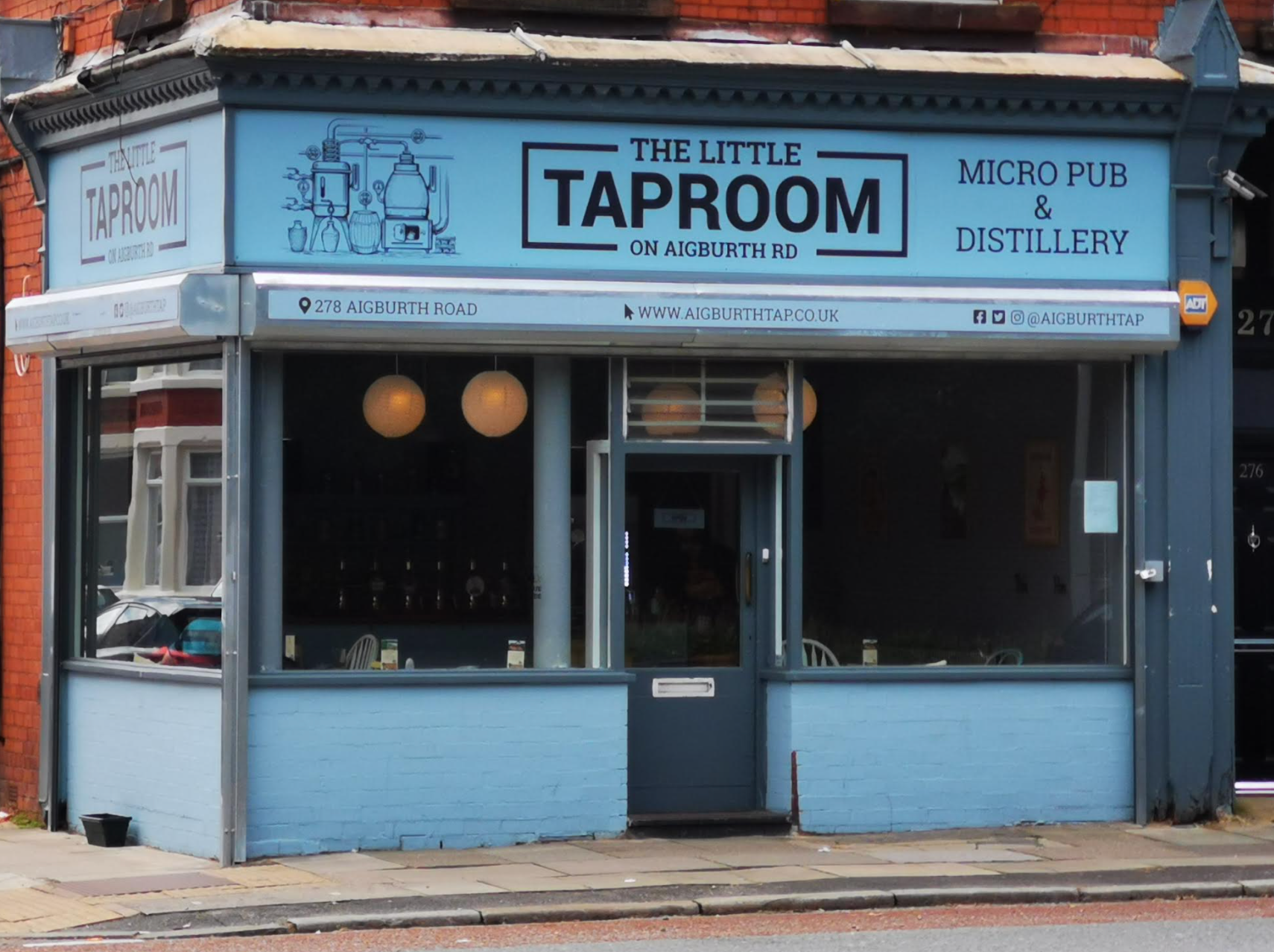 For Vanderbelt and his partner, Aggy Perreau, the new tier 3 restrictions could spell the end for their fledgling pub – The Little Taproom on Aigburth Road – which opened on March 13 this year.

They were awarded a £10,000 hospitality and retail grant which kept them “afloat” through the first national lockdown.

With new restrictions now in effect, they are receiving a £1,300-monthly grant – but they say it is not enough to cover their bills, and do not believe they’re eligible for any further government support schemes for businesses.

They are also running a collection-only service. They had some success with this during the summer months. But they fear that, as temperatures drop in winter, demand will fall.

The couple are currently relying on Universal Credit (UC) social security payments to get by, which they say is not enough to support them in the long-term.

Vanderbelt said: “Then we have to make some very hard decisions about what we do … do we just call it a day?”

A Treasury spokesperson did not comment on the couple’s story, but pointed towards chancellor Rishi Sunak’s remarks during a Downing Street press conference on October 12. Sunak insisted that UC “is designed particularly to help those who are lowest paid, to help them get through what we hope is a temporary but no doubt difficult period”. 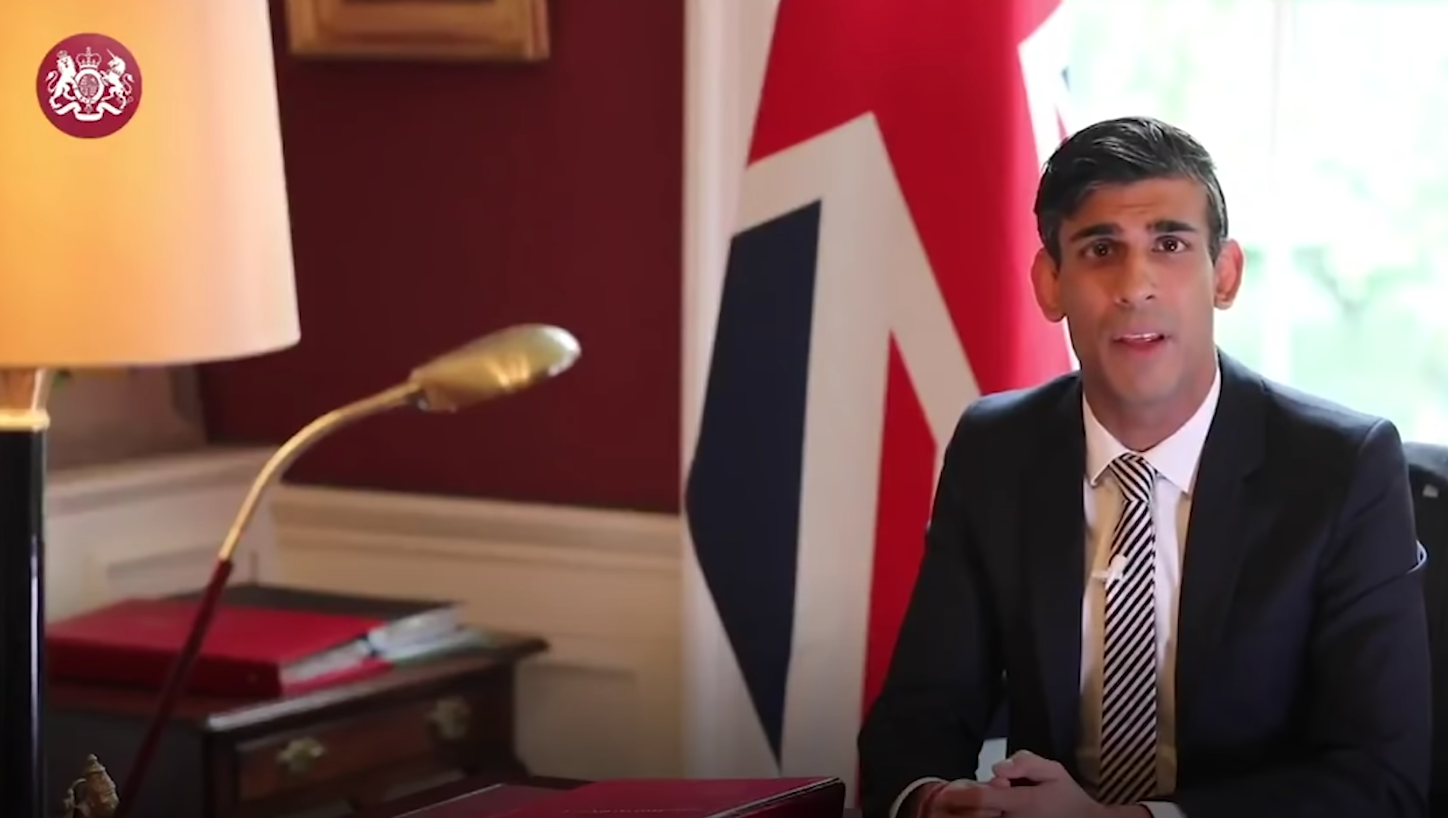 Rishi Sunak said Universal Credit is designed to help those who are lowest paid. Credit: HMT

After days of fraught negotiations, on Sunday the Liverpool City Region secured a £50 million package of financial support to help businesses and top up the government’s furlough scheme.

But Vanderbelt remains nervous about whether this will trickle down to him.

The right to property amid the pandemic

The government has sought to justify its pandemic restrictions on grounds of helping to protect lives. But, in doing so, many other rights have been curtailed or interfered with.

Among them is the right to peaceful enjoyment of property, protected by Article 1, Protocol 1 of the ECHR. This right means a public authority cannot take away your property, or place restrictions on its use, without very good reason.

Property can include things like land, houses, objects you own, shares, licences, leases, patents, money, pensions and certain types of welfare benefits.

A public authority can only restrict the way you use your property in situations where it can show that its action is lawful and necessary for the public interest.

The government must strike a fair balance between your interests as a property owner and the general interests of society as a whole.

A report published by Parliament’s Joint Human Rights Committee last month highlighted how the pandemic response has engaged this right since March, when all ‘non-essential businesses’ were forced to close.

“The full impact on businesses is still to be seen, however it is clear that the lockdown has resulted in large-scale reduction in employment levels and many businesses have shut down permanently,” it said.

A question of evidence

The government is facing legal challenges from members of the hospitality industry over both the 10pm curfew and the tiered lockdown system.

Both challenges appear to question the scientific evidence upon which the curbs affecting businesses are justified.

Jeremy Joseph, owner of the famous G-A-Y nightclubs in Soho and Manchester, is pursuing a judicial review over the curfew after the government failed to respond to a formal legal request that it publish the evidence behind the move.

“We agree with other new Covid-secure measures such as track and trace, six-person rule, table service and face covering,” said G-A-Y club owner Joseph in a statement earlier this month.

“These are all based upon scientific information, but the curfew simply is not and does not work.”

Joseph fears the curfew could lead to increased Covid transmission, speaking of how he would see customers move from his venue into “crowded streets and busy public transport” after 10pm.

This concern is echoed by Vanderbelt, who said “it does not take a behavioural scientist to tell you what any landlord or landlady could”.

“What will happen at 10pm is people will congregate in the streets, or they will get takeout and they will hit the shop, and they will go and mix in their own homes,” he said. “Yeah, lo and behold … the curfew had an absolute counter effect.”

Last week, German courts overturned an 11pm curfew introduced on bars and pubs in Berlin – where Covid transmission is lower than in the UK, but is increasing – citing that it was a “disproportionate encroachment” into the industry’s freedoms. 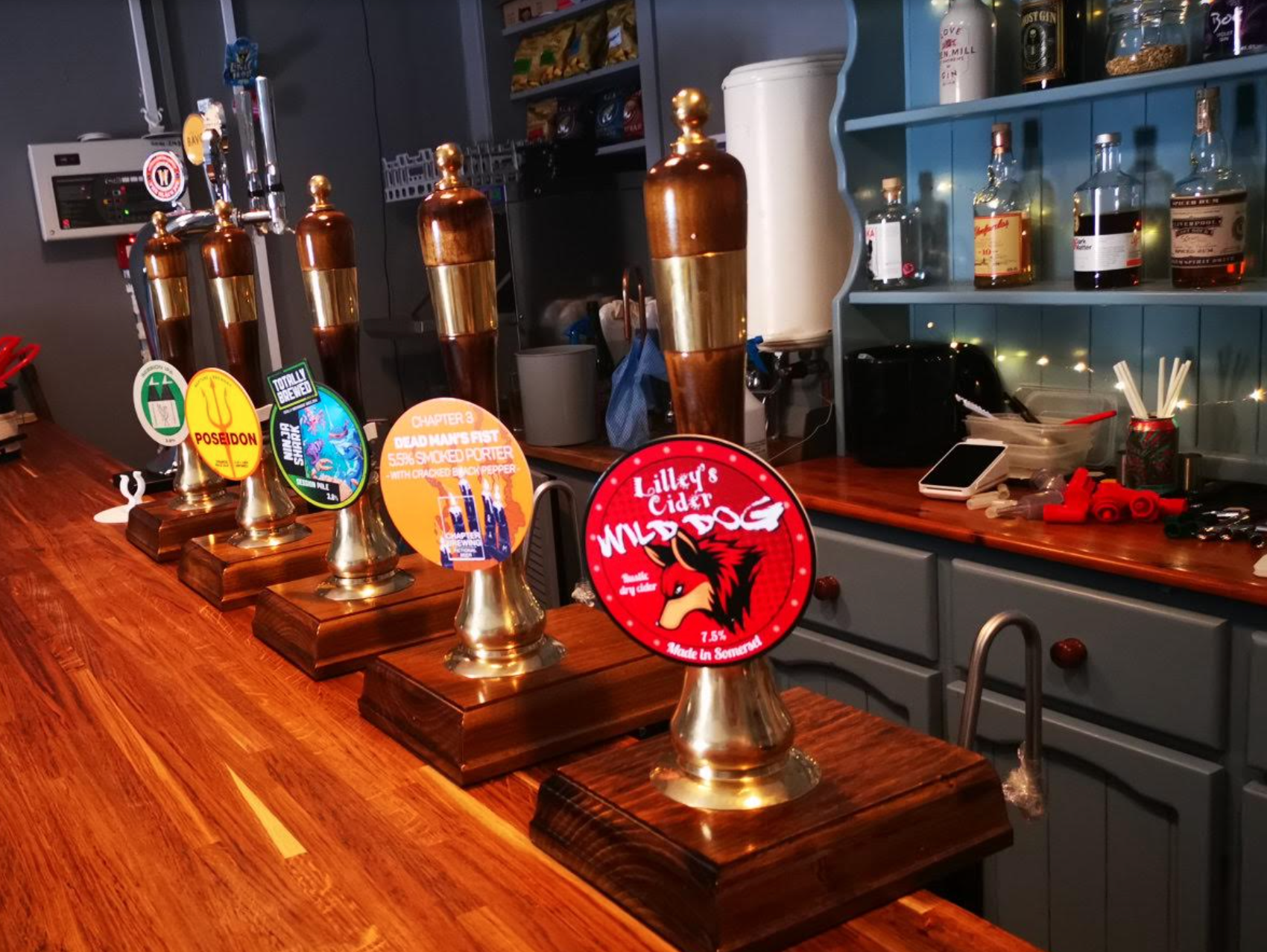 The Little Taproom was awarded a £10,000 hospitality and retail grant. Credit: Si Vanderbelt

Sacha Lord, the night time economy adviser for Greater Manchester, is leading a separate challenge over the government’s three-tiered lockdown.

He told the Guardian: “Once again the government wants to shut down pubs and bars, but this cannot keep happening and we need to understand why the hospitality industry is being isolated like this – where is the scientific evidence to suggest closing venues suppresses transmission?”

A coalition of northern local leaders and MPs, led by mayor of Manchester Andy Burnham, has also resisted the extension of the measures citing questionable science, and lack of economic support.

Burnham has accused the government of using Greater Manchester as a “canary in the coal mine” with tier 3 restrictions, stating he would reject measures that were not accompanied with a package of support.

A £100 million package was rejected by Burnham this week, on the grounds it was still not enough, stating they were “not just going to roll over at the sight of a cheque”.

After negotiations broke down on Tuesday, Boris Johnson said the government would impose tier 3 restrictions on Greater Manchester while providing a £22m package of support for enforcement and Covid testing.

“The government appears to be waging war on the people of Greater Manchester,” said Labour MP for Wigan Lisa Nandy, on the lack of additional support for minimum wage workers and businesses.

“I grew up under Thatcher but I’ve honestly never seen anything like this.”

Liverpool Mayor, Labour’s Joe Anderson – whose brother died of Covid-19 over the weekend – has said restrictions are necessary to bring down the transmission rate.

However, he also highlighted that the government had held “discussions, not negotiations” with Liverpool’s leadership, and Anderson has questioned apparent inconsistencies between regions.

All of the Mayors and leaders across the City Region are unified in demanding Government provide clarification, with evidence, why gym users here are different to those in Lancs. We cannot have different rules and it is unfair to gyms and their users here in Liverpool #covid pic.twitter.com/0JW1SDTt70

The evidence behind the measures appears to be far from straightforward.

Reports in various newspapers, citing Public Health England (PHE) analysis, have claimed that pubs and restaurants caused only 3% of Covid-19 cases before the 10pm curfew came into effect last month.

But the fact-checking service FullFact has highlighted how this is a “misreading” of the data, which skirts over the fact PHE “can’t say for certain” where a person picked up the infection – but can instead “indicate possible places where transmission is happening”.

According to the New Statesman, the figures were based on a sample of only 98 pubs and 67 cafes and restaurants – evidence the Institute of Economic Affairs said was “very weak”.

Meanwhile, senior government scientists – including Whitty and Chief Scientific Adviser Patrick Vallance – have expressed doubts over the whether tier 3 restrictions will be strict enough to curb virus transmission.

It has also emerged that the Scientific Advisory Group for Emergencies urged the government more than three weeks ago to consider introducing a brief nationwide “circuit breaker” lockdown, alongside other measures, to drive down cases.

The government introduced only one of the suggested measures – advising everyone to work from home where possible – sparking questions as to whether it is still “following the science”.

As business leaders seek to stand up for their rights using judicial review, it may be a question the courts will help answer.

The Department of Health said it could not comment on ongoing legal proceedings.