A sharp increase in energy costs have shocked many but international students have landed in a particularly tricky situation as UK work restrictions mean many can’t afford rising living costs. According to the current student visa regulations, international students studying in a UK university can work no more than 20 hours a week or face visa violation charges. On top of restricted hours, prohibited work includes working freelance, meaning students are also unable to take on tutoring positions.

Currently, international students studying in the UK have the number of hours they are allowed to work capped to 20 hours a week. At the minimum living wage (£8.91), the maximum amount international students can earn per month is £712. Meanwhile, in Dundee- the cheapest place to live for students, the average cost of a two bed flat is £676 per month. For International Students who don’t receive financial support from universities or family members, it’s a struggle to keep up with the cost of living in the UK.

On average, an international student will pay up to £7,000/year more than others for tuition fees alone. With energy prices expected to go up even higher in April as the 50% increase comes into effect, many students are making arrangements to ensure they can cover their bills.

Yash, A 20-year-old Biomedical Science student from Singapore studying at the University of Dundee said:

I have a job to try and take care of the bills myself so I don’t burden my parents, because they already pay so much for my tuition. I just take more shifts at work and cut back on expenditures on going out/clothes/etc so I can use my income to pay for the bills. It’s been stressful because I did notice we are being charged a lot more in the past few months than last year (2021) but I can’t do much about it except juggling university deadlines and work up to the limited hours I’m allowed. I don’t do loads of social things with friends to save that money for bills too.

When asked if the 20-hour cap affects her ability to make ends meet with the higher bills, Yash said “yeah for sure! It’s annoying when I can work I’m unable to because of the cap. So when I don’t have deadlines and have time, I still can’t work”.

People are already feeling the effects of rising energy prices. One Twitter user, living in a two bed flat took to the internet to express their shock when they received a gas bill for £288.89- for 28 days.

Gas bill for a 28 day period is £288.89. How is that even possible @edfenergy ? Electricity bill still to come aswell!

Rising energy costs combined with inflated rental prices have increased the cost of living for many, but it’s made life particularly difficult for those who have a limit on the hours they can work. In 2021, Dundee was named the cheapest place to live for students with the cost of a two bed flat costing an average of £676. With a large international student population, if the cost of living were to continue to rise, it would leave international students without a financial safety net.

If at any point, international students’ income or their family financial status changes they may face having to leave the UK. Many international students are also required to pay council tax as opposed to most students studying in their home country. According to The UK Council for International Student Affairs (UKCISA) having a Student (including Tier 4) visa is “not necessarily sufficient” to make you exempt from paying council tax.

One way to reduce the cost of living is to live in shared accommodation ie. with flatmates so bills can be split. However, this isn’t always possible. The coronavirus pandemic has meant that many international students haven’t been able to connect with peers, accelerated by distanced learning. While student accommodations might be a potential solution for international students, many may not be eligible due to guarantor requirements.

International students without UK guarantors are required to show proof of having a UK guarantor who is willing to sign to say they would be liable for any defaults on payment. If they don’t have someone to sign for them they have to pay the full cost of accommodation which can be from £6,000 to £9,000 upfront before getting a room in a shared flat. Guarantor services where you pay for a UK guarantor (the cost of this depends on the guarantor agency) are usually not accepted in student accommodations.

A 26-year-old Law student from the University of Birmingham told us: “We were asked to return in the middle of the academic year when accommodation is already hard to find.” She adds it is more difficult as student accommodation lists their rooms “from September to the next September”, “Basically we’re being asked to pay for months we aren’t even there.”

Most international students are not wealthy

In 2018, Dominic Scott, CEO of UKCISA, spoke out about dispelling the ‘rich international student meme’ in an interview with BBC Three. Scott stated:

“There is always going to be a small, possibly loud minority who are going to drive their Lamborghinis through Mayfair, and they’re going to be highly visible.

But the truth is that the vast majority of the 400,000 international students in the UK struggle to get enough money to come and fulfil their dreams. Usually, it’s the ‘bank of mum and dad’ who are paying- and sometimes it’s the whole family’s life savings that are put into it.”

However, with increasing living costs and limited support available to international students, the question of whether it will be affordable to study in the UK in the future, remains to be seen. 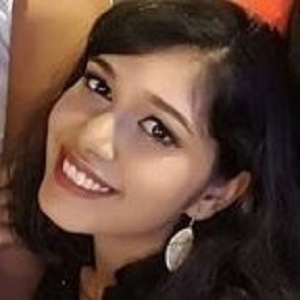