By 'The Human Rights Framework Offers a Chance for Ordinary People to Call the Powerful to Account', 8 Nov 2018

As part of RightsInfo’s series celebrating the 20th anniversary of the Human Rights Act 1998 receiving Royal Assent, Kevin Gillan reflects on how the Act helped defend peaceful protest after he was stopped and searched by police en route to protest against an arms fair. He believes the Human Rights Act 1998 is vital in striking a balance between freedom and security.

In September 2003 I was subject to a stop and search by police while on my way to a demonstration against the DSEi arms fair in London’s Docklands. I was told I was being searched under Section 44 of the Terrorism Act and later learned that this legislative tool was being heavily used by police at peaceful protests.

Together with independent journalist Penny Quinton, who had been similarly stopped elsewhere the same day, we connected with campaigning solicitors Liberty and submitted a case for judicial review. Much later, having been through every level of the UK legal system, we took our case to the European Court of Human Rights and finally won in January 2010. As a direct result, in July 2010 the Government suspended Section 44 of the act and it was finally repealed in May 2012, in the Protection of Freedoms Act.

The case had never been about our personal frustrations with these searches – we laughed off a brief attempt by the Metropolitan Police to agree an out of court settlement for a few hundred pounds four years into our campaign.

A law rushed through in the wake of rising terrorist attacks had encouraged systematic misuse of the law by those in authority.

Our motivation was the fact that a law rushed through in the wake of rising terrorist attacks had encouraged systematic misuse of the law by those in authority. There are many search powers written into UK laws, but very few break the convention that police officers must have ‘reasonable grounds for suspicion’ when carrying out a search.

Without this clause, any legal challenge to an officer’s actions is met by the claim ‘I had no particular suspicion of the individual’, which both police officers concerned in this case used in County Court. This is clearly much lower risk for an officer – and for the wider police force – since they cannot be pulled up on misbehaviour or mistakes.

From 2008 to 2009 around 250,000 people were subject to Terrorism Act searches, with no report of searches leading to the apprehension of a terrorist.

Not surprisingly, then, use of Section 44 was actively encouraged to the point that from 2008 to 2009 around 250,000 people were subject to Terrorism Act searches, with no report of searches leading to the apprehension of a terrorist.

At a higher level of authority, the Terrorism Act requires the Home Secretary to approve a Police Commissioner’s request for authorisation to use Section 44 over a given territory, for a specified high-risk period. This was supposed to ensure that these exceptional powers remained exceptional in execution.

Yet, this ‘exception’ was authorised throughout Greater London for a decade from 2001 onwards. Ultimately, the European Court found that Section 44 was in contravention of Article 8 of the Human Rights Convention, which concerns the right to personal liberty.

The exercise of stop and search, while it may well be vital to police work in a range of circumstances, is always a coercive invasion of privacy backed by the threat of arrest, fines and imprisonment for non-compliance. It should always have strong and specific justification.

It is the 1998 Human Rights Act that enshrines the Human Rights Convention into UK law, meaning that the failure to respect agreed standards by a public body is unlawful. Without it there would have been no route to challenge misuse of the Terrorism Act for police force’s convenience.

Politicians sometimes find the Act inconvenient, and media commentators like to point to what they see as trivial cases being won in the European Court. But one of the things I learned throughout the process is that it is inconceivable that a frivolous case would make it that far. Before a case is admitted to the European Court of Human Rights it is necessary to show that one has made every attempt to find a domestic remedy. For us that meant lengthy, detailed cases going through County Court, the High Court, the Appeals Court and the House of Lords.

It would have been utterly impossible without the pro-bono work of excellent and passionate solicitors at Liberty (a donation to them would be money well spent). Our case was heard by seven judges who solemnly considered the facts and principles on their merits, fully aware that democratic governments must be able to make their own laws.

The Human Rights Convention does limit the actions of governments, but the limits are ones we should cherish

The Human Rights Convention does limit the actions of governments, but the limits are ones we should cherish. The Convention (like the UN Declaration of Human Rights itself), was a political achievement of huge proportions and set out the terms by which the rule of law might protect individual citizens from the arbitrary misuses of power frequently witnessed in authoritarian regimes.

An ever-present danger for democracies – and a risk that is especially evident today – is that elections can be won by people who demonstrate no respect for the principles of governance through which they gain their power. This is clearly a recipe for abuse.

Widespread disenchantment with electoral politics in the UK is a feeling palpably on the rise, with politicians distant and untrusted. Elections (and that referendum) can feel wholly unsatisfactory if you must simply select one option from an unsavoury menu, knowing that sound-bite politicians will spin the result and discard the views of the ‘minority’.

Maintaining hard-won democratic freedoms in a fast-changing world is a complex challenge: the Human Rights Act is a vital piece of the puzzle.

Personally, I have only ever voted in safe seats; my current constituency hasn’t changed hands since 1935. But elections are not the only core democratic institution, the judiciary is vital too and – as I experienced through this case – the human rights framework offers a chance for ordinary people to call the powerful to account.

Maintaining hard-won democratic freedoms in a fast-changing world is a complex challenge: the Human Rights Act is a vital piece of the puzzle. So, happy birthday Human Rights Act! We need you, today more than ever.

Kevin Gillan is a Senior Lecturer in Sociology at the University of Manchester and writes scholarly work on social movements and protest, including Anti-War Activism: New Media and Protest in the Information Age (2008, Palgrave). He is also Editor-in-Chief of academic journal Social Movement Studies. He is sometimes on Twitter as @kevgillan. 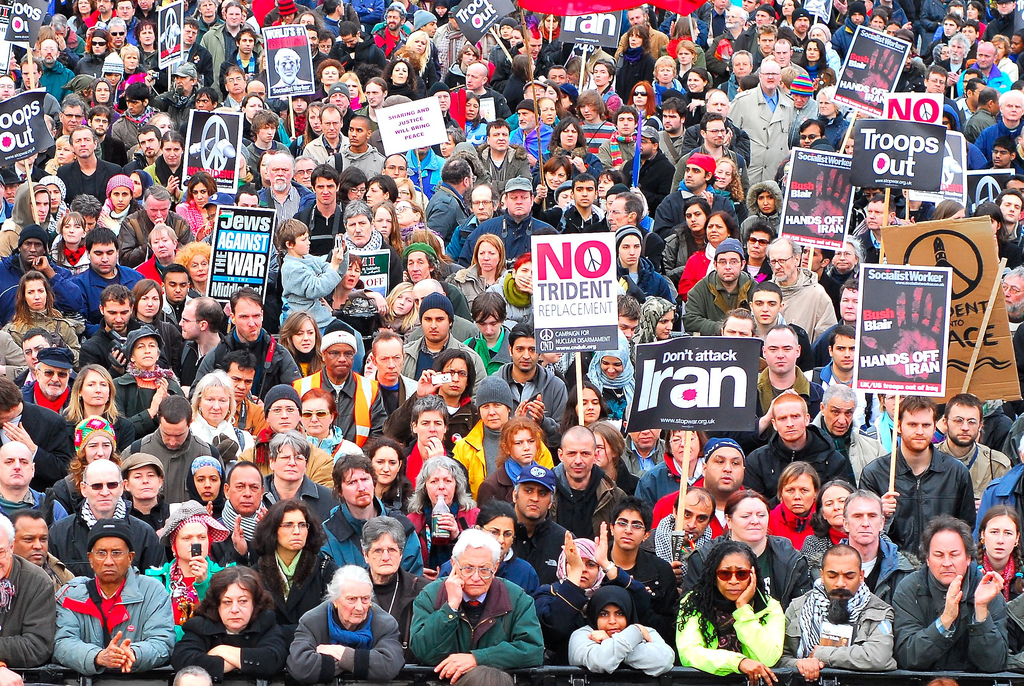 Kevin Gillan describes how the Human Rights Act 1998 helped protect the right to peaceful protest after he was stopped and searched by police under terrorism legislation.

Kevin Gillan describes how the Human Rights Act 1998 helped protect the right to peaceful protest after he was stopped and searched by police under terrorism legislation.