Suffrage On Screen: Five Vital Films About How Women Won the Vote

By Suffrage On Screen: Five Vital Films About How Women Won the Vote, 6 Feb 2018

Today, 6 February 2018, marks 100 years since the day that women in the UK first gained the right to vote. The Representation of the People Act finally allowed some women to exercise their voting rights.

Although it was another 10 years before full suffrage was achieved, this is a day to remember and celebrate. Here are just five films to get you started.

This roundup would not be worth its weight if we didn’t kick off with the major motion picture, Suffragette. Starring a full sweep of acting royalty (Carey Mulligan, Meryl Streep, Helena Bonham Carter, AND Anne-Marie Duff) the film was met with widespread critical acclaim and did an important job of placing the suffrage movement, and human rights more broadly, on the big screen. The film starts in 1912 – four years before the passing of the Representation of the People Act.

We’re in every home, we’re half the human race, you can’t stop us all

For anybody who thinks the suffragettes were about rosettes and tea parties, this film is a wake-up call. The film doesn’t shrink away from the darker side of the suffrage movement either – the bombing of pillar boxes, cutting of telegraph wires, hunger strikes, force-feeding, and the death of Emily Davidson at the Epsom Derby in 1913, all feature in the film. Frankly, it’s hard to believe that until Suffragette nobody had ever taken the story of the British suffragette movement and made it into a blockbuster such as this. A must-watch. Iron Jawed Angels takes its name from Massachusetts Representative Joseph Walsh, who in 1917 declared that creating a committee to consider women’s suffrage would be to yield to the “nagging of iron-jawed angels”. The film focuses on two suffrage leaders in the United States, Alice Paul (played by Hilary Swank) and Lucy Burns (played by Frances O’Connor). The two women first met in England, where they were both involved in the women’s suffrage efforts led by Emmeline and Christine Pankhurst, and on their return to the United States joined the National American Woman Suffrage Association.

What is there to explain?

Adopting many of the suffrage tactics that were being used in the UK suffrage movement, Alice Paul and Lucy Burns were both instrumental advocates that helped to secure passage of the 19th Amendment to the US Constitution which granted women the right to vote in 1920. Although Iron Jawed Angels did not receive the same blockbuster status as Suffragette, the film received critical acclaim and a standing ovation at its Sundance Film Festival premiere.

On a day that marks 100 years since women got the right to vote here in the UK, it is worth being reminded that for many countries such results came much later. The Divine Order takes as its subject matter the suffrage movement in Switzerland, where women got the right to vote in 1971 – more than 50 years after the equivalent right had passed in the UK. Unlike Suffragette, this film takes a lighter, feel-good approach to the suffrage story.

The men make the laws. But these laws affect us too

The film catapults its protagonist Nora (played by Marie Leuenberger) from quiet and dutiful housewife to leader of the town’s suffragette movement, picking up various characters – including a feisty old widow and an Italian restaurant owner – along the way. Unafraid to add humour, the film is both amusing and inspiring. A reminder that the most powerful and significant political movements are often underscored by everyday, local and individual acts of rebellion.

Across the world the fight for suffrage has been an ongoing battle. The passing of legislation such as the UK’s Representation of the People Act, or the 19th Amendment to the US Constitution, is never the end of the story. It is for this very reason that Selma makes it into our film roundup.

Here, is the next great battle

In 1965, forty-five years after the passing of the 19th Amendment, three marches were held along the highway from Selma, Alabama to the capital Montgomery, led by Martin Luther King (played brilliantly by David Oyelowo). The marches protested the issue of African-American citizens (men and women) being denied their constitutional right to vote.

Legislature passed in Alabama and elsewhere throughout the American South had required payment of a poll tax, the passing of a literacy test, and comprehension of the US constitution – which disenfranchised most black Americans and many poor whites, excluding them from their right to vote. The film was met with some controversy about its historical accuracy but remains an important and stark reminder of the ongoing battle that characterises suffrage and the exercise of human rights.

We close our film roundup back in the UK with Made in Dagenham. What does that have to do with women’s voting rights, I hear you ask? Well, we’ve included it here for inspiration. Achieving the right to vote was not the only achievement of the suffrage movement: it also paved the way for later generations of women to stand up, to protest, and to be empowered so as to exercise other rights. Made in Dagenham tells the story of the female sewing machinists at the Ford plant in Dagenham, who went on strike in 1968 in protest against sexual discrimination.

In the film, the strike is led by Rita O’Grady (played by Sally Hawkins) – akin to Nora in The Divine Life (above), the film sees Rita transformed from working mother to the pioneering striker and spokeswoman for the Ford machinists. Fifty years after the suffrage movement achieved the right to vote, the strikes and political action of the Ford women machinists galvanised the issue of equal pay and indirectly led to the passing of the Equal Pay Act 1970. The film is unashamedly feel-good and uplifting. In homage to the battles that we are today remembering and celebrating, let us finish on a high. 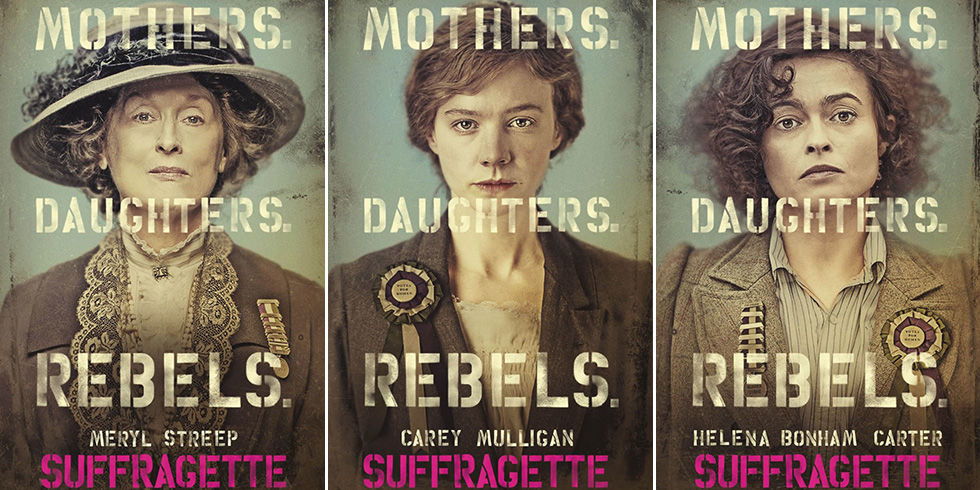 Suffrage On Screen: Five Vital Films About How Women Won the Vote

Today, 6 March 2018, marks 100 years since the day that women in the UK first gained the right to vote. The Representation of the People Act finally allowed some women to exercise their voting rights.

Today, 6 March 2018, marks 100 years since the day that women in the UK first gained the right to vote. The Representation of the People Act finally allowed some women to exercise their voting rights.