Jonathan Bartley: ‘The Stansted 15 Have Been Branded Criminals. But History Will Remember Them As Heroes’

By Jonathan Bartley: 'The Stansted 15 Have Been Branded Criminals. But History Will Remember Them As Heroes', 12 Dec 2018

Human Rights Day 2018 was a landmark occasion. As the world celebrated 70 years since the adoption of the Universal Declaration of Human Rights (UDHR) –  which sets the benchmark for understanding our rights –  the courts were finding a group of peaceful activists guilty of terror offences.

The UDHR is the backbone of our rights – whether that’s the right to peaceful assembly, the right to full equality in front of the law or the right to protection from arbitrary exile, every one of its articles is as relevant today as they were when forged in the aftermath of the Second World War. That’s why it’s so dreadfully ironic that this anniversary coincided with the conviction of the Stansted 15.

‘They Provided Protection That Should Come From Government’ What's The Right To Non-Refoulement?

Non-refoulement is a fundamental principle of international law that forbids a country receiving asylum seekers from returning them to a country in which they would be in likely danger of persecution based on “race, religion, nationality, membership of a particular social group or political opinion”.

Last March, 15 peaceful activists successfully stopped the removal of 60 people on a charter flight to Ghana and Nigeria. Some on the plane were facing very real threats of persecution and destitution if returned to their countries of origin.

By removing them, the Government were arguably in violation of international law. The right to non-refoulement is clearly established in international in law. By intervening and stopping the flight, the 15 activists were providing the protection from persecution that should have come from the Government.

However, the activists were convicted of disrupting flights and “endangering an aerodrome” under laws brought in response to the Lockerbie bomber. That such a comparison was even made by the courts is wholly inappropriate for non-violent activists – but the trumped-up charges they faced don’t exist in isolation.

‘It’s A Dark Day For The Right To Peaceful Protest’ The conviction of human rights defenders under terrorism laws is a dark day for the right to peaceful protest, and forms part of a nationwide crackdown on dissent.

From anti-frackers in Lancashire to tree defenders in Sheffield, draconian injunctions have been rolled out to stop people accessing the only form of democracy left to them. The Stansted 15 put their bodies on the line to stop the wrongful deportation of their neighbours and friends – a number of whom have since been given leave to remain in the UK.

So if law-breaking and criminality is our focus, eyes should be fixed firmly on the Home Office –  which is ignoring international laws designed to protect refugees and those seeking asylum.

There is a barbarity to the regime that files in the face of human rights.

Jonathan Bartley, Co-Leader of The Green Party of England and Wales

It has become increasingly clear that the Home Office is willing to do whatever is necessary in order to uphold Theresa May’s Hostile Environment policy.

There is a barbarity to the regime that flies in the face of human rights, and through these attempted deportations the Home Office has shown themselves to be the true criminal. Despite this, those pulling the Home Office strings will be protected from scrutiny while those with principles are punished.

‘Right Now The UK, Like Many Rich Countries, Is Failing’ What we need now is simple. First, we must stop the use of secretive, brutal charter deportation flights. Next, we must address the detention of refugees, migrants and asylum seekers. We are currently the only country in Europe that indefinitely detains people seeking protection.

While we rightfully cast our eyes across the ocean at the abhorrent policies of the Trump regime let us not forget the UK’s own policies towards those seeking protection. Such actions have no place within a free democratic country.

Every country needs to do their fair share to act as a safe haven for refugees. Right now the UK, like many economically rich countries, is failing. Take the displacement from Syria for example –  as well as the many that are internally displaced within Syria, millions that have crossed a border have ended up in neighbouring countries – including three and a half million in Turkey and another million in Lebanon. Uganda hosts more than a million refugees from the conflict in South Sudan.

The Stansted 15 have been branded as criminals. But history will remember them as heroes.

Jonathan Bartley, Co-Leader of The Green Party of England and Wales

This strays far from the concept of responsibility sharing and places an overwhelmingly disproportionate responsibility on states that are less economically wealthy. Britain could be a world leader on this issue, a shining beacon of shelter for those who have nowhere else to go. Instead, we are forcing those most in need of protection away from our shores. As the sixth richest global economy the UK  has an obligation to step up. It must not shy away from that obligation.

The Green Party believes we need root and branch reform of the Home Office and our immigration system including a swift end to Theresa May’s callous and cruel Hostile Environment policy that is at the core of every one of these incidents. Instead, we must build a new Britain, one that supports human rights and those who put their bodies on the line to uphold them. The Stansted 15 have been branded as criminals. But history will remember them as heroes.

Jonathan Bartley is the co-leader of The Green party of England and Wales. 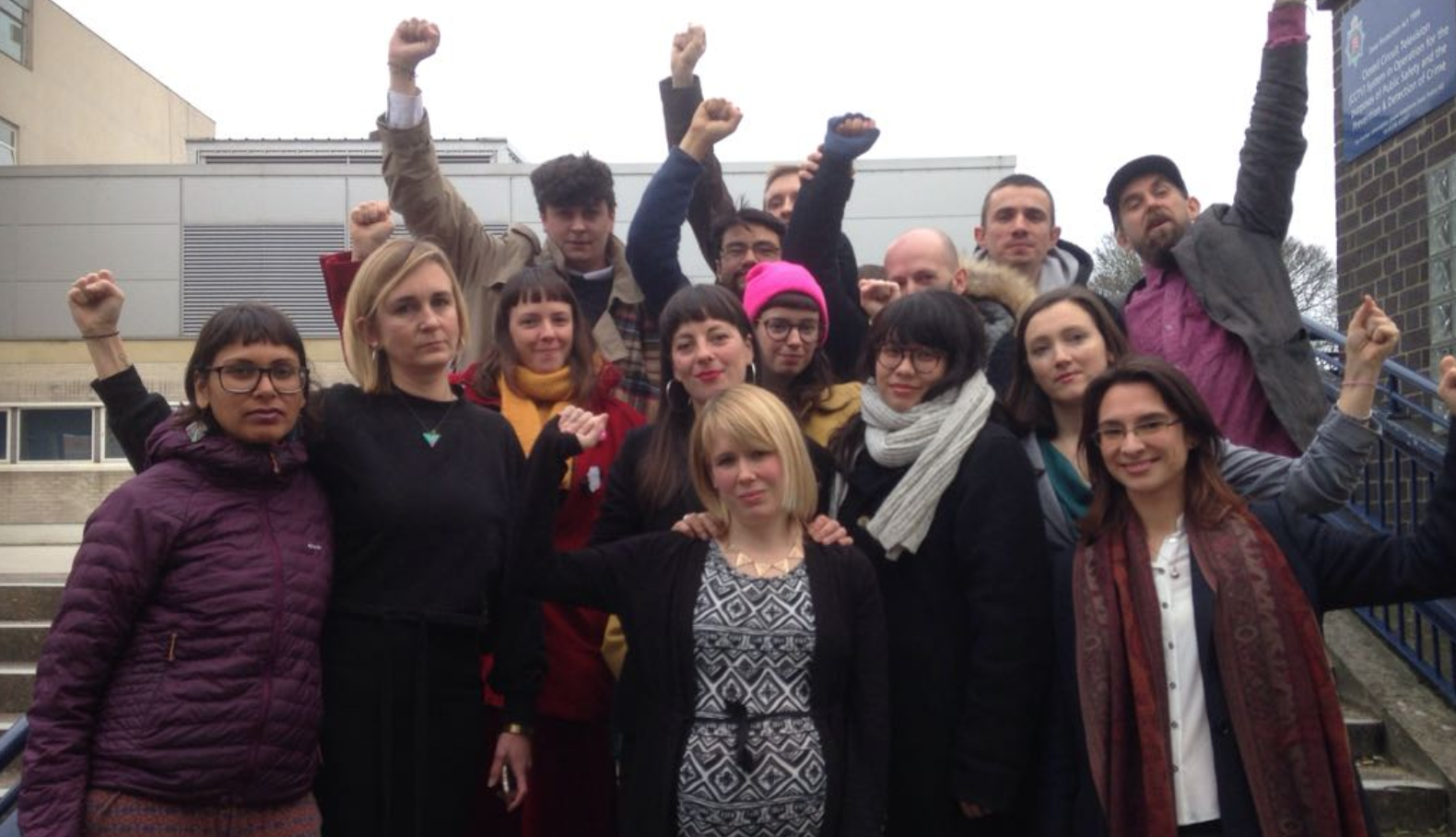 Jonathan Bartley: 'The Stansted 15 Have Been Branded Criminals. But History Will Remember Them As Heroes'

The Co-Leader of The Green Party of England and Wales writes for RightsInfo.

The Co-Leader of The Green Party of England and Wales writes for RightsInfo.