By Second Forced Marriage Conviction In A Week After Couple Told Child They Would 'Chop Her Up' If She Didn't Marry, 30 May 2018

A couple who duped their daughter into travelling to Bangladesh to marry her cousin and threatened to “chop her up” when she refused have been found guilty of forced marriage, the second conviction in Britain within a week.

Campaigners said they hoped the convictions, among the first under a law introduced in 2014, would send a “strong message” to deter families from forcing their children to marry and encourage more victims to seek help.

The Crown Prosecution Service (CPS) said the British teenager, who cannot be named for legal reasons, thought she was going to Bangladesh in 2016 with her family for a holiday. She ended up in a remote village where she was told she would be married. When she refused, her father threatened to slit her throat and “chop her up” in 18 seconds – one for every year of her life – the CPS said.

This victim was cruelly and deliberately misled by her parents, who were determined to take her to Bangladesh for a marriage she did not want.

With the help of her younger sisters, the woman was able to contact her boyfriend in Britain, who then alerted police. She was rescued within days and the marriage did not go ahead.

“This victim was cruelly and deliberately misled by her parents, who were determined to take her to Bangladesh for a marriage she did not want,” said Michael Quinn, a senior prosecutor.

Just The Tip Of The Iceberg Forced marriage became a criminal offence in the UK under the Anti-Social Behaviour, Crime and Policing Act (2014). The offence includes extra-territorial liability, meaning that it is an offence to coerce or manipulate someone into travelling overseas and then force them to marry against their will.

Several human rights treaties also support the right of individuals to freely choose a partner in marriage. Article 16 (2) of the Universal Declaration of Human Rights, for example, states that “marriage shall be entered into only with the free and full consent of the intending spouses.”

Similarly, the Convention on the Elimination of Discrimination Against Women(CEDAW) compels states to ensure that men and women have the same right to freely choose a spouse Article 16 (1) (b)

The government’s Forced Marriage Unit received reports of nearly 2,000 possible cases last year, many involving girls from South Asian backgrounds. But campaigners say the figure is just the tip of the iceberg.

Last week, a mother who tricked her 13-year-old daughter into travelling to Pakistan to marry an older man was jailed for four and a half years, becoming the first person in England to be convicted of forced marriage.

“It is positive to see a second forced marriage conviction so soon after the first successful conviction of this type in the UK,” said Diana Nammi, director of the Iranian and Kurdish Women’s Rights Organisation (IKWRO), which supports victims of forced marriage.

Karma Nirvana, another support group, said it hoped there would be more convictions given that many victims of forced marriage were children.

“What I’m hoping is that it will give confidence to the prosecution and to the police to pursue these cases so we can continue this strong message,” said Natasha Rattu, a lawyer at Karma Nirvana.

“It sends a message out to victims of this abuse that if you go to seek help, help will be available.”

The couple will be sentenced on June 18. 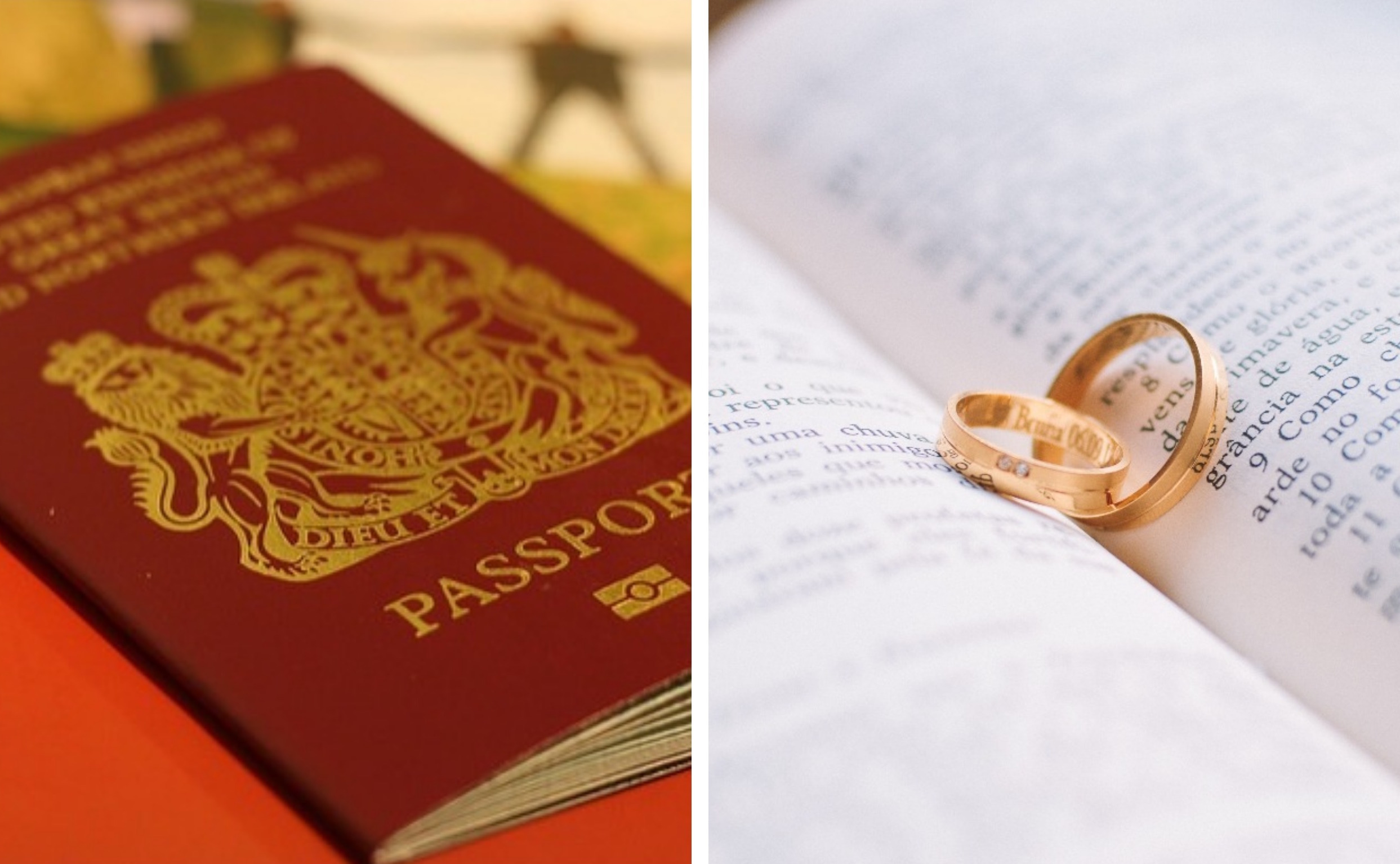 The case follows the first ever forced marriage conviction in the UK last week.

The case follows the first ever forced marriage conviction in the UK last week.