Reviewing Our Rights As 2022 Gets Started: Religion

Throughout 2021, EachOther reported on human rights issues across the UK, including those affecting people on account of their characteristics protected under the Equality Act. To usher in the new year, we are highlighting the questions that are particularly affecting five such groups in UK society, looking forward to the opportunities 2022 might afford and the challenges the year ahead might pose. In this mini-series, we focus on these five of the nine protected characteristics in the Equality Act: race, sex, sexual orientation, disability and religion.

Alongside religion or belief being a protected characteristic under the Equality Act, the right to practise your religion is enshrined in Article 9 of the Human Rights Act. Despite these protections, religious people continue to face rights abuses here in the UK.

Historically, the UK has been predominantly Christian but our country is now home to people of many faiths and none. In forthcoming census data, less than 50% of Britons are expected to have selected “Christian” as their religion, so the importance of protecting religious minorities continues to grow as our faith populations become more diverse.

How were religious people’s rights threatened in 2021? 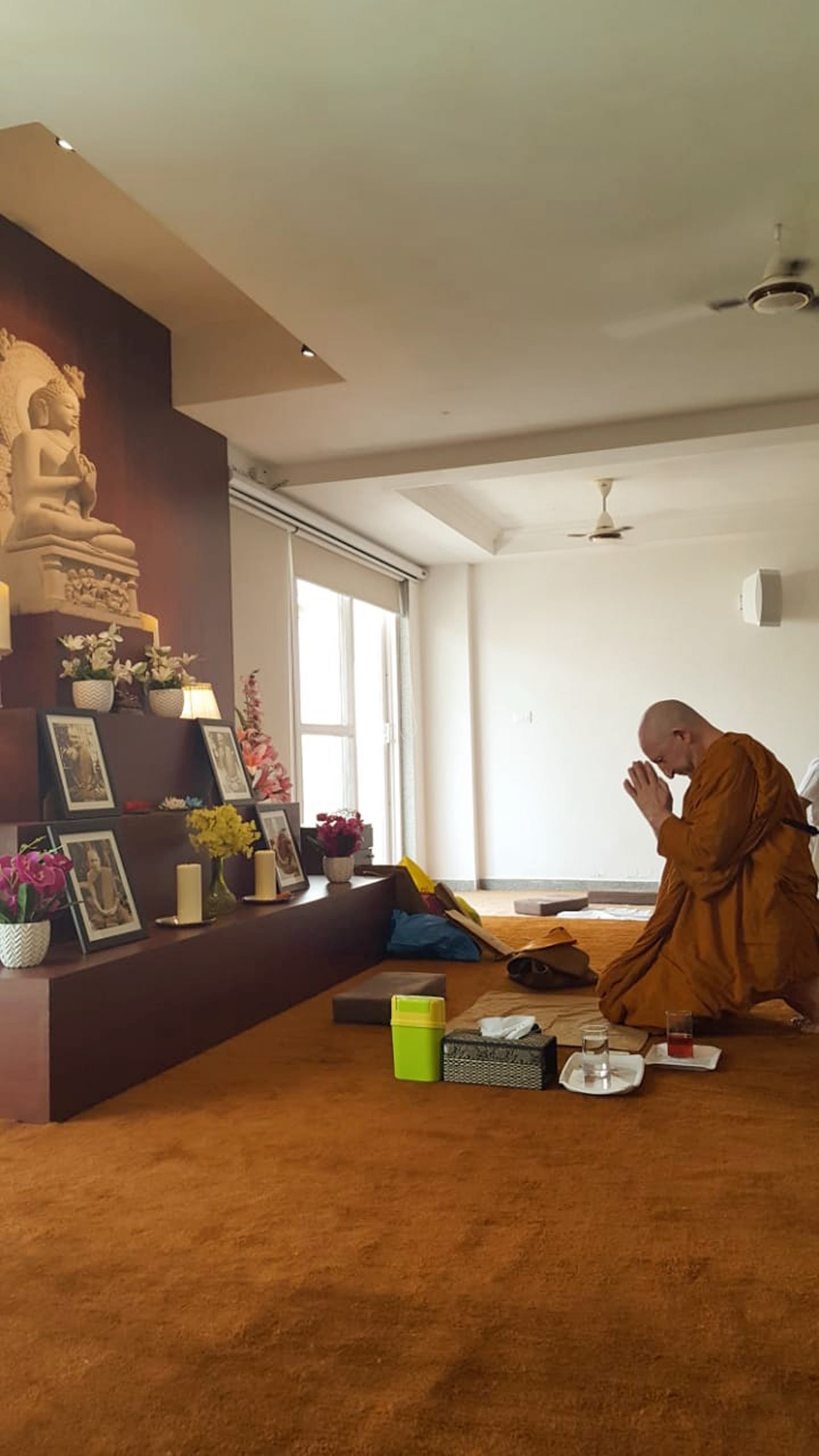 That said, there have been significant spikes in hate crime reports following significant events, such as Brexit, Boris Johnson’s “letter box” insult and terrorist attacks.

Police data though are not the only source of hate crime statistics. Some voluntary and community sector organisations have reported significant increases in hate crime incidents during the pandemic – incidents which endanger religious people’s right to freedom from discrimination and from degrading treatment. 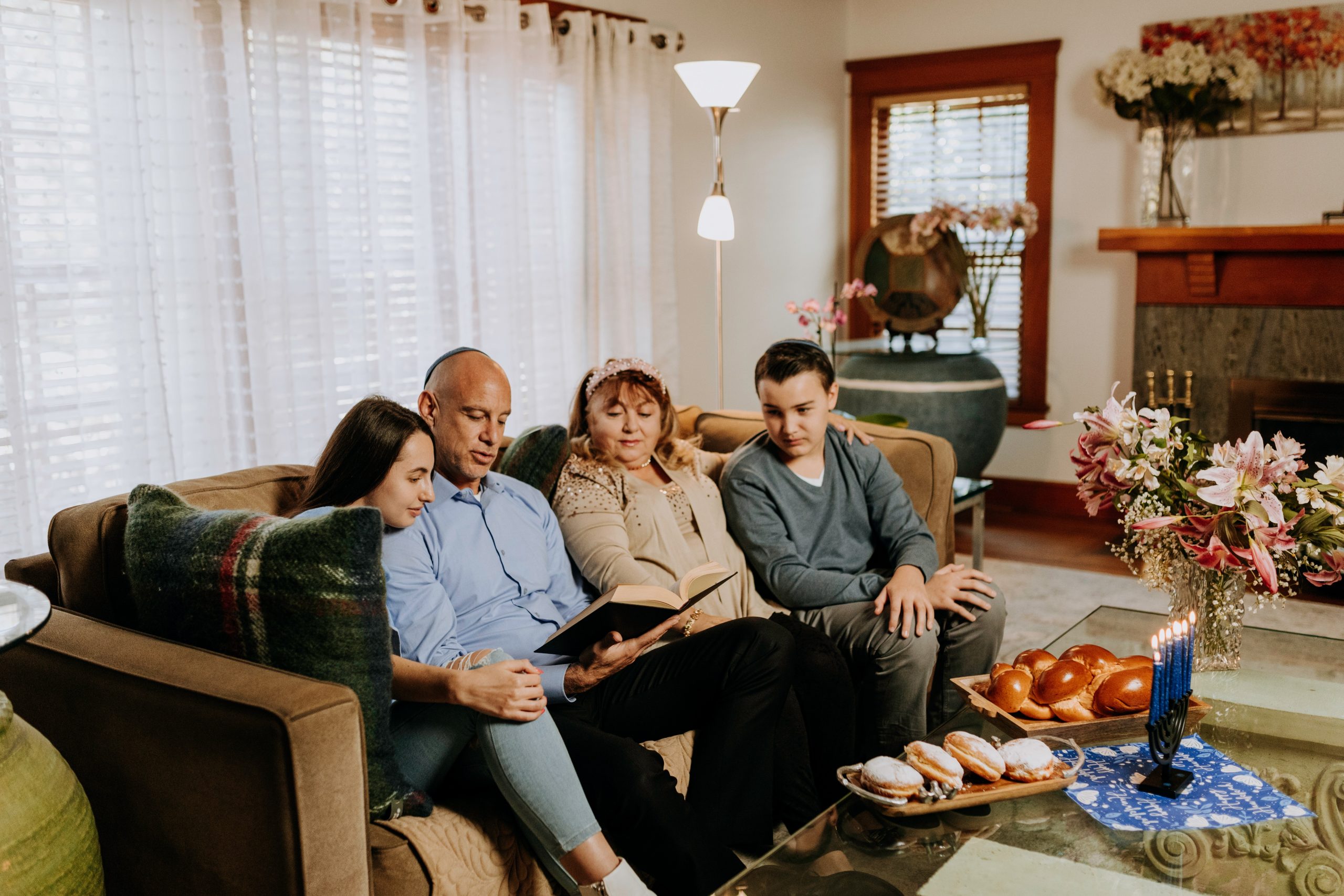 “2021 sadly saw a marked increase in antisemitism from a period of sustained high levels of antisemitism over several years,” said Jonny Newton, head of government affairs and external relations at Community Security Trust (CST), a charity that provides training and advice to the Jewish community. “In the first six months of 2021, CST recorded over 1,300 antisemitic incidents. This was the highest total reported to CST in the Jan-June period of any year and was an increase of 49% on the same period in 2020.”

CST believes that when it collates the statistics of antisemitic incidents for 2021 that it will show a “record annual high” of hate crime against Jewish people in the UK.

“This figure will mainly be due to the spike in anti-Jewish hate reported in the UK triggered by the escalation of violence in Israel and Palestine in May 2021,” said Newton. “During this month, 639 antisemitic incidents were reported, which is the highest monthly ever recorded by CST and is around four times more than recorded incidents for the previous month. Rights of Jewish students have also been under the spotlight in 2021 as issues of antisemitism on campus have been highlighted.”

“As with all communities in Britain, Jewish people have a right to go about their religious and cultural lives unhindered by antisemitism and fear,” added Newton. “There have been some reports that some members of the Jewish community have felt the need to hide or disguise their Jewish identity as a result of increased antisemitism, which is a situation that focuses on one of CST’s key principles to protect the Jewish way of life. Jewish people should feel they have the right to identify as Jews as they see fit, and not feel scared or intimidated to not do so.”

The Jewish community is not alone in enduring religiously motivated hate crime. Many in the Muslim community have also experienced the devastating effects of hate crime. Significant incidents were recorded following several major events in 2021, particularly against UK Somali communities after the murder of Sir David Amess MP. 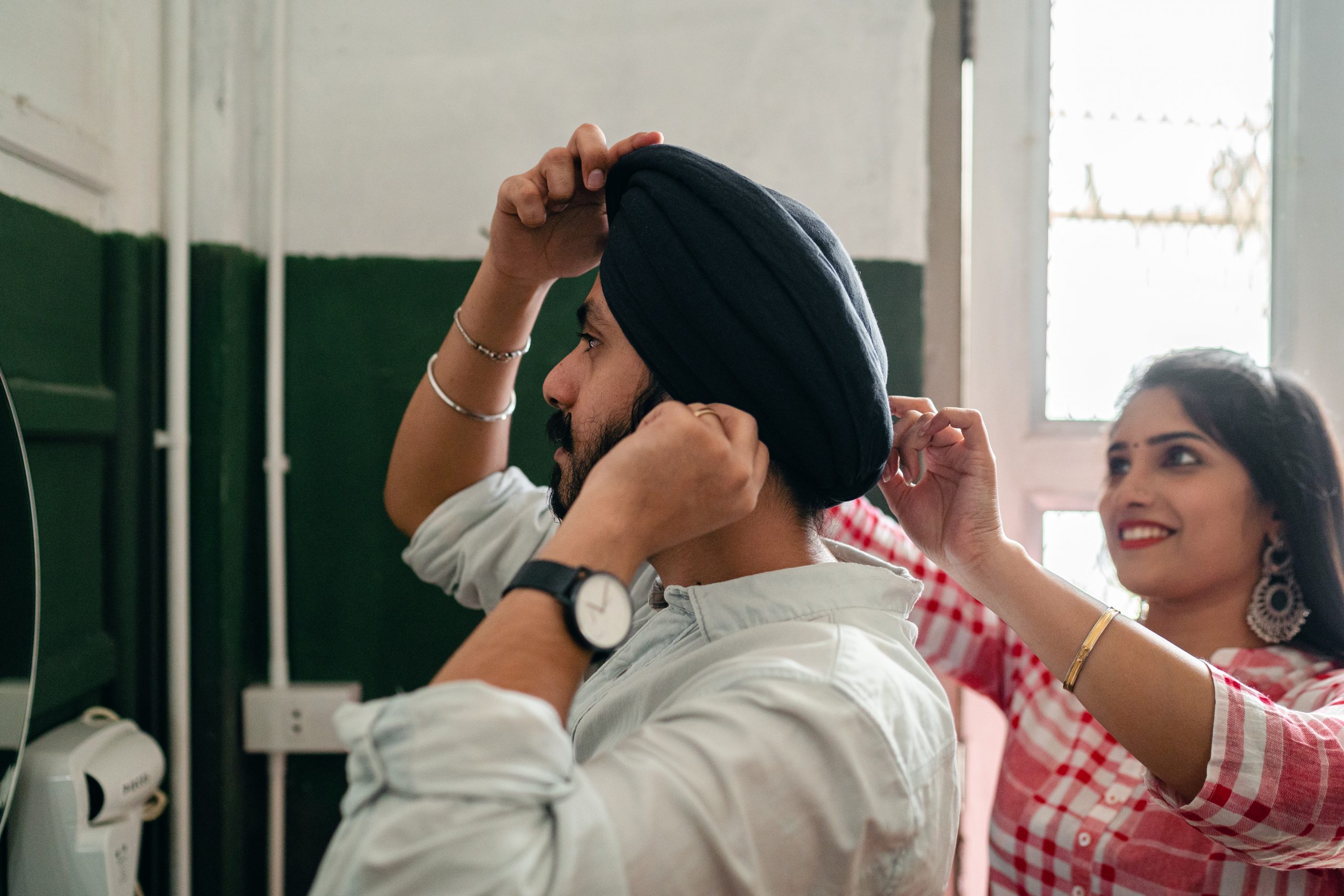 Describing “an apprehension for Muslim communities at this time”, Zara Mohammed, the secretary general of the Muslim Council of Britain, said: “Division is what the terrorists want. A true remembrance of Sir David’s life would be about coming together and showing we can build a better Britain.”

In 2021, there were also several hate crimes against UK mosques. In May, a group driving by the Ilford Islamic Centre in London threw eggs and other items at worshippers and in September there was an arson attack on a mosque in Greater Manchester. Tell Mama UK, a charity dedicated to raising awareness of hate crimes against Muslims, keeps track of the full spectrum of Islamophobic incidents on its website.

How is religious freedom protected at work? 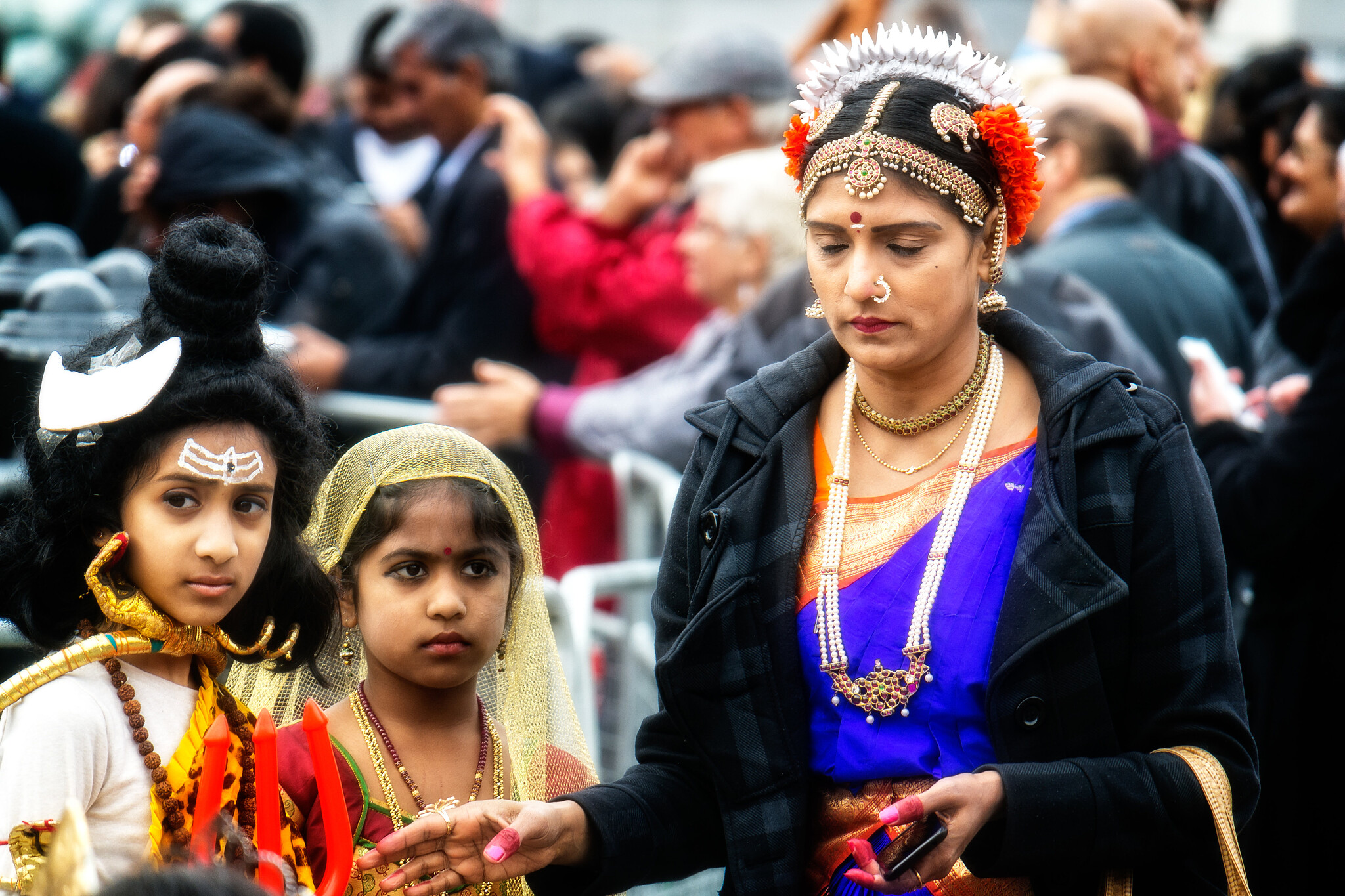 Elsewhere in Europe, the EU’s top court set a troubling precedent by ruling in favour of an employer who told two Muslim workers that they could no longer wear a hijab at work. The European Court of Justice (ECJ) stated: “A prohibition on wearing any visible form of expression of political, philosophical or religious beliefs in the workplace may be justified by the employer’s need to present a neutral image towards customers or to prevent social disputes.”

Although rulings by the ECJ no longer apply to a post-Brexit Britain, some fear the ruling could lead to similar approaches in the UK. Tell Mama described the judgement as a “deeply concerning and fundamental denial of the right to express religious identity across Europe”.

However, a recent victory for religious freedom could prevent this from happening in the UK. Mary Onuoha recently won an employment tribunal she first brought against Croydon University Hospital in 2020. The hospital demoted her following refusals to remove a small cross pendant necklace, which they asserted was a sterilisation risk because of Onuoha’s position as a surgical theatre practitioner. 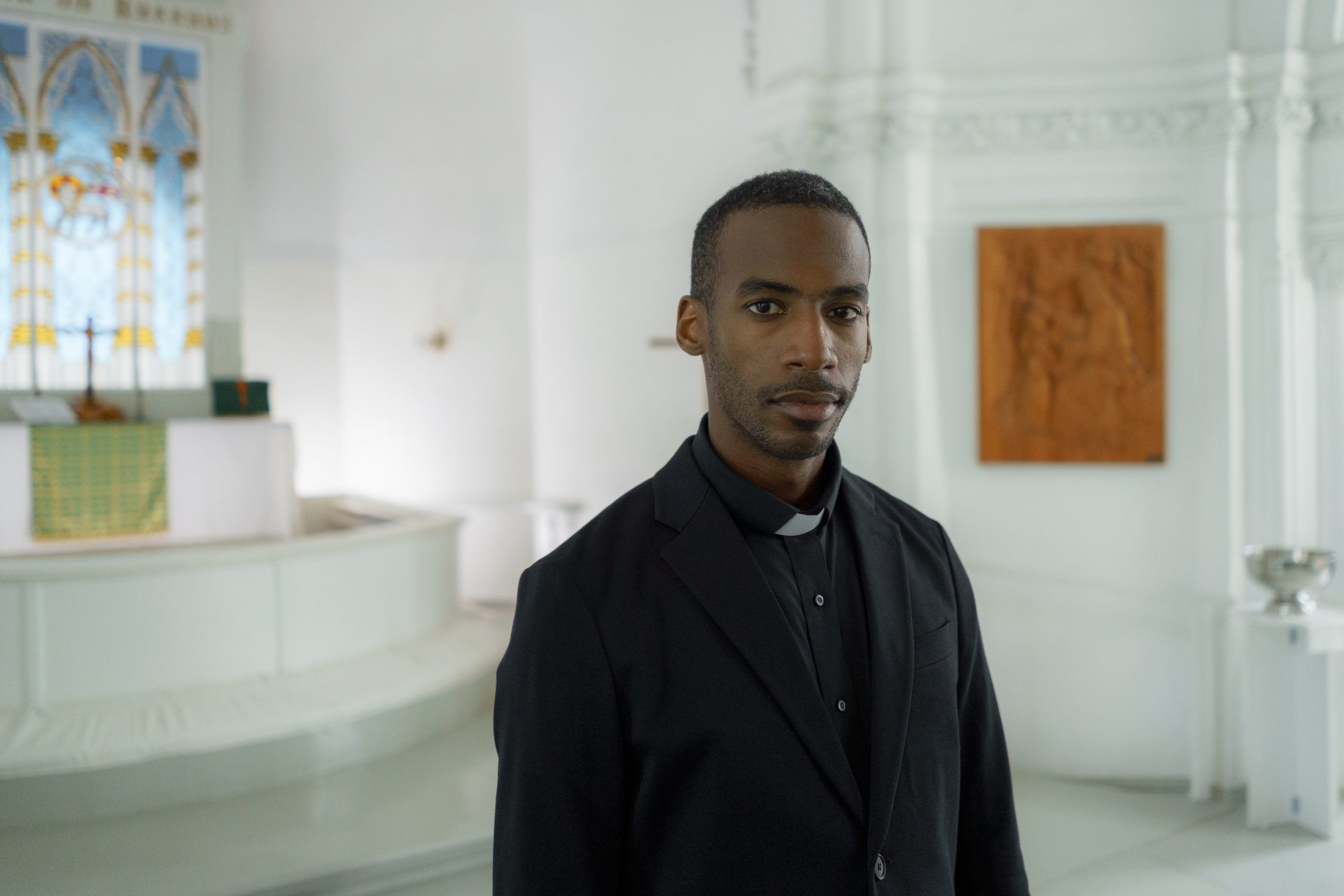 Following demotion to a receptionist role, Onuoha resigned in 2020 and took her case to an employment tribunal, alleging a breach of Article 9 of the HRA. Ultimately, with the support of the Christian Legal Centre (part of Christian Concern), she won her case and the court ruled in her favour.

“From the beginning, this case has been about the high-handed attack from the NHS bureaucracy on the right of a devoted and industrious nurse to wear a cross,” said Andrea Williams, chief executive of the Christian Legal Centre. “Any employer will now have to think very carefully before restricting wearing of crosses in the workplace.”

Since Onuoha’s case was won it has not been used to support non-Christian cases, so only time will tell if the precedent set will be used to protect the freedoms of other religious groups in the UK.

What are the key issues going to be for religious people’s rights in 2022? 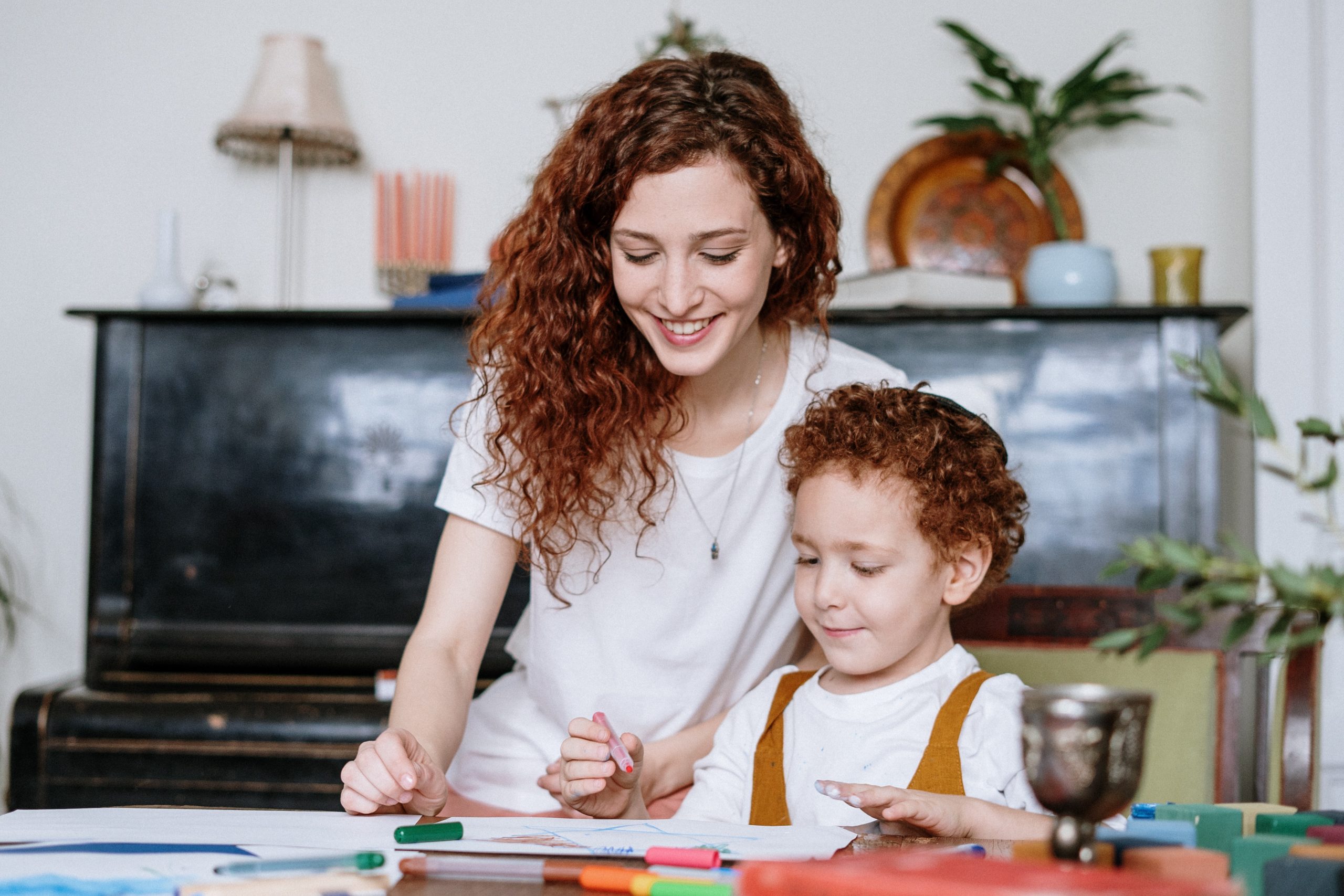 Looking ahead into 2022, the Nationality and Borders Bill poses a significant threat to religious minorities, particularly Clause 9 which threatens to give the government the power to strip people of their citizenship without notice. Those who are eligible for citizenship in other countries could have their UK status summarily stripped away if it is deemed to be in the “national interest”. With many people who are eligible for citizenship in other countries also belonging to religious minority groups, 2022 could see religious communities’ right to stay in the UK come under threat from the government.

Hate crime is also likely to continue to pose a significant threat to religious people’s rights in 2022. Charities including CST are focusing efforts on protecting vulnerable communities from such incidents.

“CST will continue its core functions of taking measures to protect the Jewish community, to record antisemitic incidents, and to represent the Jewish community on issues of security, antisemitism, extremism and terrorism to government, police and other bodies,” said Newton. “An increasing and important area of CST’s work is in pro-actively working with other minority communities to learn and grow together.”

“We do this formally through two particular projects – one is SAFE (Security Advice For Everyone), whereby CST seeks to share our expertise around communal security with other communities who may benefit, and the other is Stand Up! Education, a project that CST supports that educates young people about discrimination and hate.”

Lastly, there is rising concern about the UK’s approach to its Afghan refugee scheme, after the Home Office admitted that some of the first people to be accepted under the resettlement scheme are already living in the UK. As Afghanistan is approximately 99.7% Muslim, government failure in this regard poses a threat to the right to life of religious people seeking asylum in this country. Moreover, an estimated 7%-20% of Afghans are Shia Muslims, who are likely to face religious persecution under the Taliban.

While the UK’s faith communities grow more diverse, their rights remain at risk. The UK can do more in 2022 and beyond to protect religious freedom.